Before the Fire is a competently made movie with credible performances, great visual moments, and actually has something on its mind. In fact, it has quite a few things on its mind, and this also happens to be the film’s only major flaw. It’s a movie about a woman’s fear of being alone, a small-town family drama, a movie where a female falls for her boyfriend’s brother, a pandemic thriller, and a revenge story. All these storylines are crammed into an 85-minute runtime, and it’s a case of just having a few too many ingredients mixed into the stew. Had those behind the making of this film stuck with one or two of those topics and fully explored them, this movie could have really been something. Having said that, Before the Fire is an efficient drama/thriller, and it’s always better for any film to have a few too many ideas than to have absolutely none.

Before the Fire begins with a woman named Ava Boone (Jenna Lyng Adams, who also wrote this movie’s screenplay) driving to the airport with her boyfriend, Kelly (Jackson Davis). Ava works as an LA actress on a TV show about werewolves (although from the clip we see of her show, it appears to be about strippers, so maybe it’s a show about stripper werewolves). We learn she left her small go-nowhere town some time ago and changed her name from Amanda to Ava at some point. As the movie begins, Kelly is driving them both to the airport just as some kind of pandemic hits. With no flights running, Kelly pulls a bait and switch on Ava by getting her on a small private plane and sending her back to the family home by herself. When she arrives, she’s picked up by Kelly’s hunky brother Max (Ryan Vigilant). 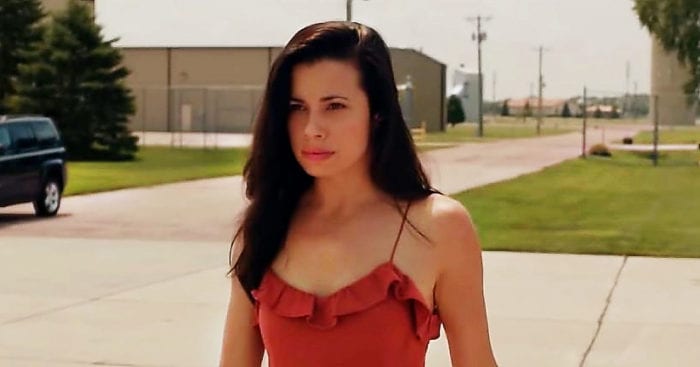 Ava is not so used to LA that she doesn’t handle herself back on the farm. She knows her way around the animals, has no trouble putting up the fence, and enjoys lying down in the grass staring straight up at the night stars. It’s a sleepy town where the grass is a shade of yellow and the sky is always bright yet color-less. The truck’s windshields splattered with dirt and a few droplets of rain at pretty much all times. If you’ve ever seen an episode of Friday Night Lights, you know what I’m talking about. Director Charlie Buhler and cinematographer Drew Bienemann do a pleasant job filming this environment and capturing the setting. Most of Before the Fire uses a handheld camera, giving it a “you are here” feeling that, again, Friday Night Lights excelled at.

Ava isn’t back in town long before conflicts arise. She runs into her estranged parents at various moments, and neither one of them offers her any type of warm welcome back. Once the movie settles into the small-town life, the pandemic aspect of the story gets brought up sparingly. Considering this movie was filmed a year ago, I guess the makers didn’t realize the lasting effects our real-life pandemic would have. Before the Fire settles into an At Close Range story of bad family ties, and I can’t say it isn’t anything we’ve all seen before.

Still, the small farm details are so well done you can forgive its familiarity. And maybe if I hadn’t just recently seen the staggeringly terrific Da 5 Bloods, another movie that takes place mostly outside, I might have responded to this one better. Also, that movie excelled at creating character and conflict, and I hate to compare one movie to another, especially a noble effort such as this to such a triumph as that one, but a film reviewer’s mind sometimes does funny things like that.

South Dakota is not a place that is used a lot in movies, but I imagine as more people watch this movie, it will be. Another key player from this film we’ll see a lot more of is lead Jenna Lyng Adams, a film producer, and actress best known for her role on The Kominsky Method, and I sense she is an admirer of Terrence Malick movies such as Badlands (which this movie owes very much to). 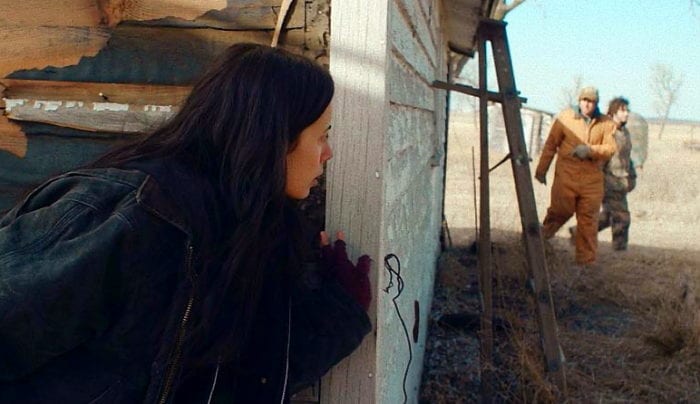 Adams (who in her early scenes highly resembles a ’90s-era Janeane Garofalo) gets dirtier and less glamourous as the movie goes on, as the pandemic continues, and as her fate in dealing with the male antagonists puts her character in helpless situations. There are two battles Ava is fighting against in the second half of this movie—man and nature. Because she understands that man is the weaker and more controllable of the two, we see this character reach into herself to outwit, outlast and outlive her male counterparts. I won’t give away what this character does to escape her circumstances, but it’s the type of thing we’ve seen someone like, say, Charlize Theron pull off effortlessly in movies, and Adams rightfully earns that comparison. She becomes a stronger person by the end of this movie than she was when we were first introduced to her.

Watching the end of Before the Fire now in 2021, we certainly feel the sense of isolation that Ava is experiencing as she walks alone down long gravel roads surrounded by tall, nearly white grass under a frosty dark gray sky. It’s one thing this movie does very well. Adams is a very intuitive actress and more than rises from the occasion in each scene she’s in (and she’s pretty much in every single one). She’s written a terrific part for herself, and from what I understand, this script was written years ago, well before anybody could foresee or imagine the events of 2020. The timing of this film’s release could not have been more perfect. 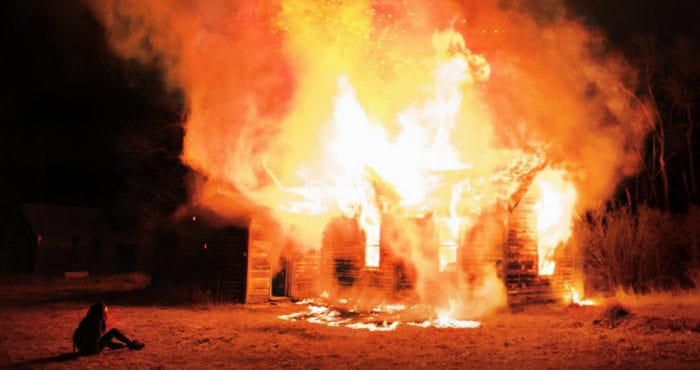 Before the Fire is not anything new, but it’s a competently made and written small-town slow burn about a young woman who left her past behind to become a different person. She is ultimately forced to realize that she had to face her past to truly discover who she is. Ava grew up with werewolves all around her, she doesn’t just face them on her TV show. Before the Fire is the story of a woman finally confronting those werewolves which have always haunted her.

Jenna Lyng Adams, a remarkable talent who wrote this story and portrays this character, is never false, and she convincingly plays every emotion she associates with Ava/Amanda in a natural and effective manner. I for one, can’t wait to see where her future in the industry takes her.

Before the Fire is currently available to stream on Shudder.