The failure of the Dark Universe is legendary. It started with The Mummy, but before that film even came out, Universal Studios already announced their plans for an entire string of interconnected monster movie reboots as well as the stars they had chosen to play these classic creatures. Johnny Depp was going to play the Invisible Man, Angelina Jolie was going to be the Bride of Frankenstein, and Javier Bardem was supposed to play Frankenstein’s monster.

And then it all fell apart. The Mummy got absolutely lambasted by fans and critics alike, and it was an abysmal box office flop. It killed any chance the Dark Universe had of ever getting off the ground, and its only claim to fame today is as a cautionary tale: don’t announce an entire universe before the first film even comes out.

But is The Mummy really that bad? Is it really the awful cinematic garbage that its reputation suggests? I don’t think so. Now, I’m not going to sit here and tell you that this is a gem of a movie or that it deserves to be an all-time horror classic. I readily admit that this film is deeply flawed. However, I don’t think it’s nearly as bad as people make it out to be. In fact, I would even contend that it’s a fun action-horror flick. If you approach it without any preconceived expectations and just accept it for what it is, it’s actually pretty enjoyable, and here are five reasons why. 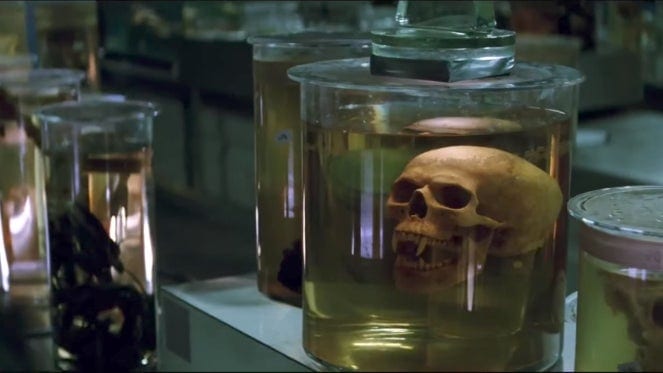 Let’s start with one of the most common criticisms leveled against this movie, a criticism that I think is unwarranted. A lot of people say that it spends too much time setting up the larger universe and not enough on its own story. In particular, they say that all the stuff about Prodigium, the mysterious organization that studies monsters, and its leader, Dr. Jekyll, is disconnected from the main plot and just takes the focus off of what really matters.

However, I disagree. I think people feel this way because they know the film was supposed to kick off a shared universe, and they can’t help but watch it through that lens. The connections to the larger world can stick out if you know they’re supposed to set up other movies, but if you just watch The Mummy as a standalone film, it works perfectly fine. It doesn’t contain any incoherent world-building scenes that come out of nowhere à la Batman v Superman or Avengers: Age of Ultron. Instead, everything in it that points to the larger universe makes complete sense within the movie’s plot.

At best, you can say that the film didn’t need those elements, and that’s true. But is that really a bad thing? A movie doesn’t have to limit itself to the absolute bare minimum required to tell its story. For example, Us didn’t need to include the Tyler family (the wealthy friends of the main characters), but they add a nice little wrinkle that the film wouldn’t have had otherwise. And it’s the same with Dr. Jekyll and Prodigium in The Mummy. At the end of the day, the question isn’t whether those elements are necessary. Rather, it’s whether they add anything to the movie, and I would argue that they do.

2) Prodigium is a fascinating organization 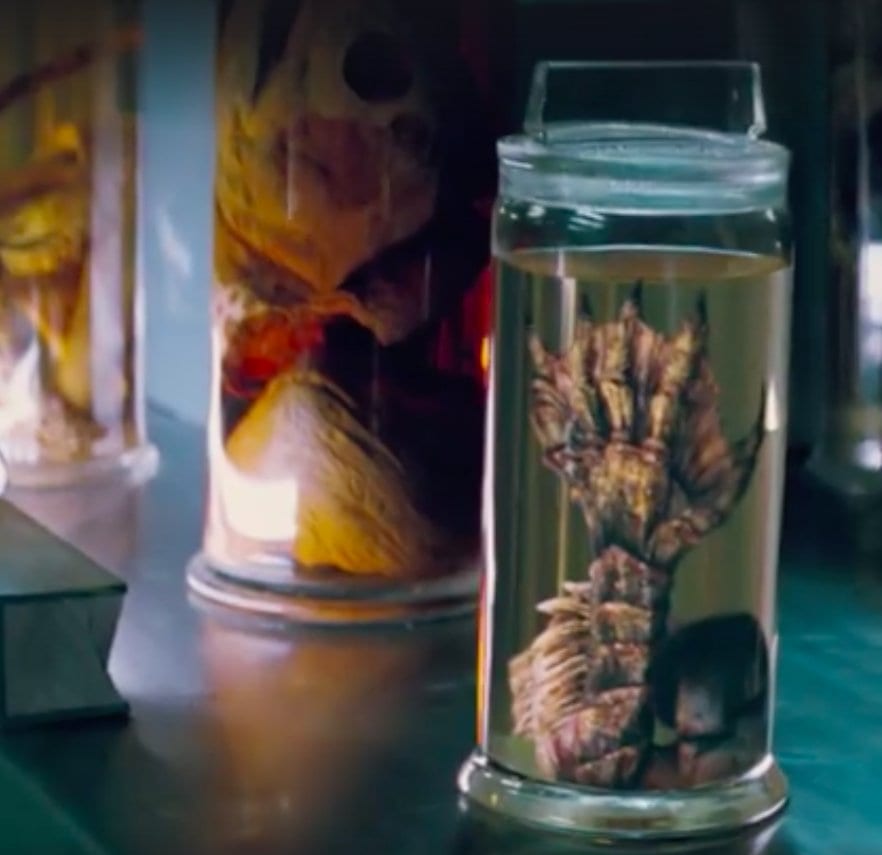 If you’re a fan of monsters, you can’t tell me that the idea of an organization that studies them and knows all sorts of hidden secrets about them isn’t really cool. Who wouldn’t want to work at a place where they have jars filled with genuine monster parts like Gill-man claws and vampire skulls?

Prodigium is absolutely fascinating for a monster enthusiast like me, and The Mummy uses it to great effect. In a way that would make H. P. Lovecraft proud, the film only shows us little hints of the monsters Prodigium has encountered, and as any seasoned horror vet will tell you, what you don’t know is almost always better than what you do know. This mystery surrounding the organization hooks you immediately as you begin to imagine the secrets it might hold, and it keeps you enthralled the entire time with its infinite possibilities. 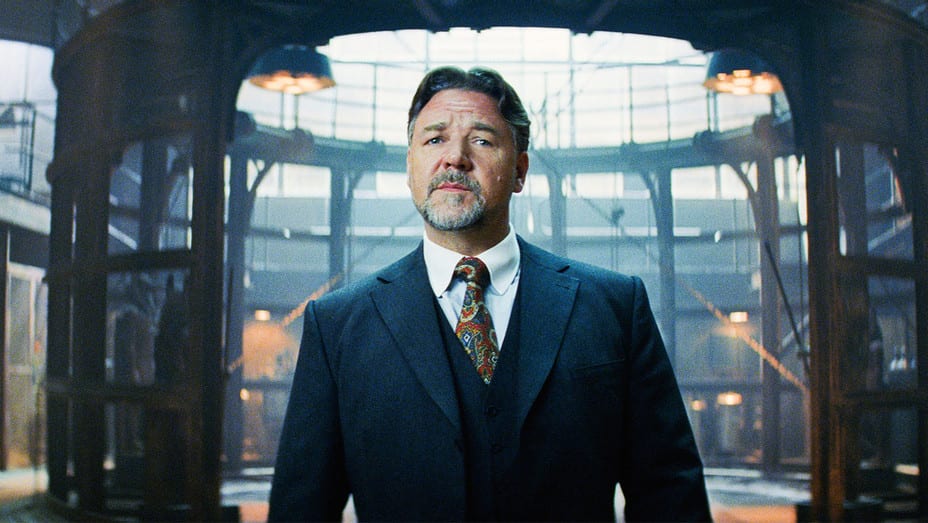 Just about everybody likes a good crossover. Fans loved the idea back in the mid-1940s when Universal Studios combined their Frankenstein, Wolfman, and Dracula franchises into a single shared universe, and we still love it almost eighty years later. For example, a lot of people want to believe that Get Out and Us take place in the same universe, and who doesn’t love at least the idea of Freddy vs. Jason (even if you didn’t think the movie itself lived up to the concept’s potential)?

So when The Mummy does the same thing and gives us Dr. Jekyll and Mr. Hyde as a second monster, it’s really cool. Sure, the good doctor’s villainous alter ego never interacts with the mummified princess, but getting to see these two famous monsters in the same movie is still a fun time for those of us who enjoy these kinds of crossovers.

4) Sofia Boutella is a great mummy

One of the most important parts of any monster movie is obviously the monster itself, and in that regard, The Mummy does not disappoint. For one, Princess Ahmanet looks really cool from the moment you first see her as a shriveled corpse all the way to her final, fully healed form. But it’s not just about the way she looks. Sofia Boutella also plays the role really well, switching back and forth between terrifying and sympathetic as the story calls for it.

When she’s supposed to be scary, both her body language and her facial expressions exude a confidence that lets you know she has the power to do just about anything she wants, and she’s not going to let anybody get in her way. On the flip side, there are also times when the princess is supposed to seem more human and vulnerable, like when she’s chained up in the Prodigium headquarters and she’s talking to Nick, and Boutella makes you really believe she has a soft side under that monstrous facade. It’s a fine performance all around, turning what could’ve been a stale rehash of worn-out tropes into a fun and exhilarating reinterpretation of a millennia-old monster. 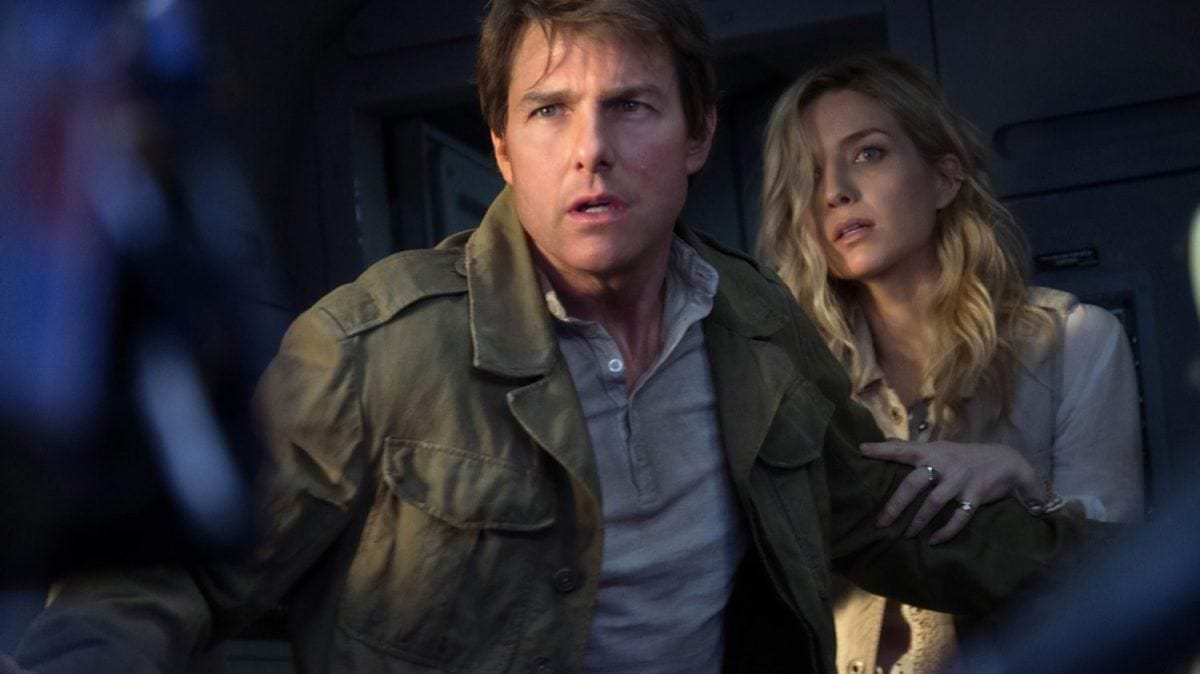 At the end of the day, the biggest reason why The Mummy is underrated is that it’s a fun monster adventure. It manages to balance its horror and action pretty well, so while it’s definitely not just straight-up horror, it never devolves into pure action the way the Brendan Fraser Mummy films sometimes do. It has chills and thrills aplenty, so you never go too long without seeing something cool. Whether it’s the mummy herself, the fun jars filled with monster parts at the Prodigium headquarters, or the mild-mannered Dr. Jekyll’s transformation into his sadistic counterpart, there’s always something fun to look forward to here.

Sure, this movie is far from perfect, and I don’t expect it to receive a drastic critical reappraisal in twenty or thirty years. But I do think it gets way more flack than it deserves. It may not have been the horror genre’s answer to Iron Man, but if we accept it for what it is and watch it on its own terms, it’s actually a fun action-horror film that does its job of entertaining you for 110 minutes.