I don’t know about you, but I would never want to spend the night in a morgue, a funeral home, or anywhere else dead bodies are kept. I much prefer the corpses in my life to stay on screen, so naturally, I was intrigued when I saw the trailer for The Funeral Home. It’s a Spanish-language haunted house movie about an undertaker and his family who live in the same building where he runs his business, and it was written and directed by Mauro Iván Ojeda.

The family regularly experiences supernatural phenomena around their house, and they chalk it up to the fact that they basically live with dead bodies. But one day, the hauntings get worse, and they find out that there’s actually something much more sinister going on than just the normal consequences of living in a funeral home. That sounds really cool, right? It’s exactly the kind of situation I would never want to be in myself, so of course, I’d love to see a movie about it.

Unfortunately, I was pretty disappointed by The Funeral Home. It’s not terrible, but it’s not all that good either. It’s just mediocre. It has some really creepy, atmospheric shots (in particular, it opens with a fantastic tracking shot) that genre fans are sure to enjoy, but on the whole, they’re outweighed by the film’s problems.

To begin, this movie basically has just three characters: the undertaker, his wife, and his wife’s daughter from a previous marriage. There’s a lot of tension between all three of them, and it’s for pretty much the exact reasons you’d expect. For example, the girl doesn’t really like her step-father because she’s not her real father, and the wife is suspicious of what her husband does every day outside of his work. 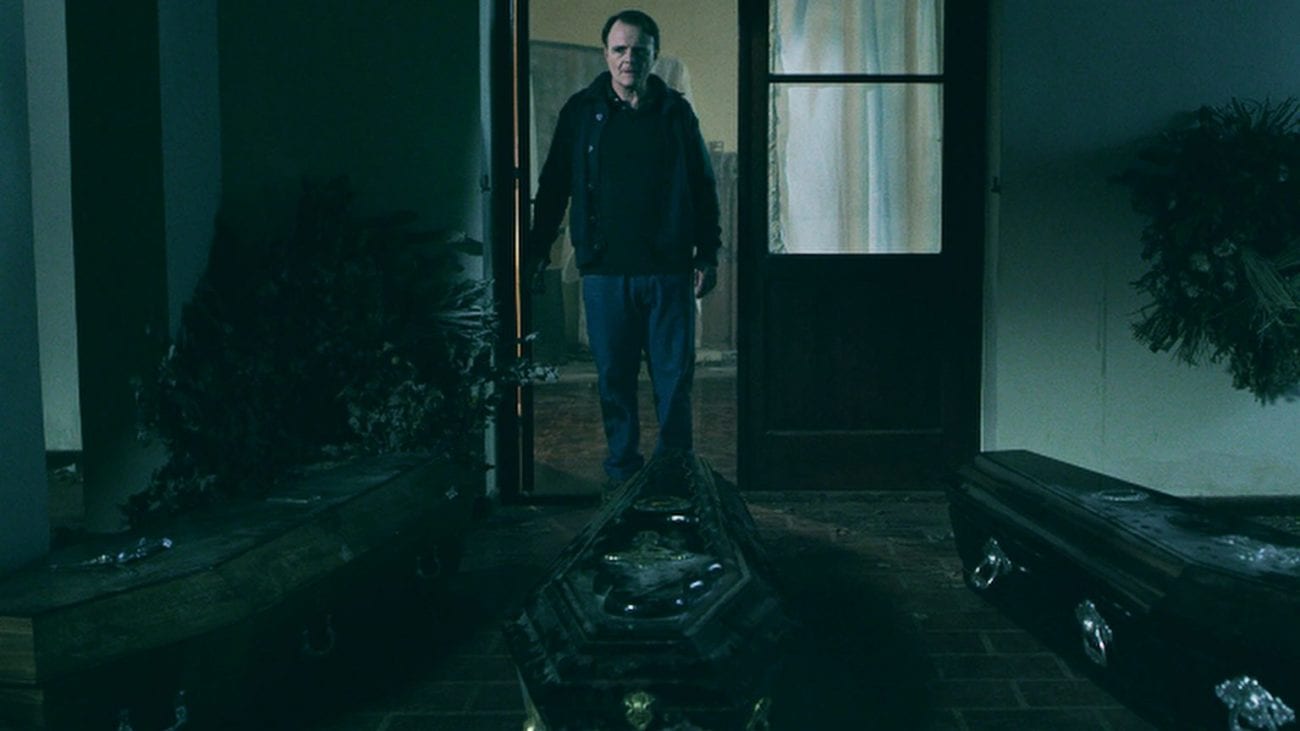 These boring, cliché problems make the characters themselves dull and generic, so you don’t really care about them all that much. Because of that, you’re not scared for them when the ghosts appear, and that in turn drains the scares of any emotional impact. They’re just images on a screen, not genuine moments of terror for people you hope will survive to the end.

And speaking of the scares, they’re also pretty generic. While The Funeral Home does have its moments, there isn’t a ton here that we haven’t seen before in just about every haunted house movie ever made. In that sense, it’s kind of like The Conjuring, but with one major difference. The Conjuring executes familiar scares so well that it doesn’t matter how unoriginal they are, but you really notice the clichéd nature of this movie.

On top of all that, the most disappointing thing about the scares in this film is that the premise often takes away from their effectiveness. There are a bunch of times when the characters take the paranormal phenomena in stride and don’t let it bother them, and their lack of fear rubs off on you more than it should. This is unfortunate because like I said, the movie does have its moments, but it most likely would’ve had more if the characters reacted with more fear and less acceptance.

But that isn’t even the biggest problem with the film. Even though I wasn’t a huge fan of the characters or the scares, I have to admit that I probably could’ve forgiven them if the story were good. But unfortunately, it’s not. 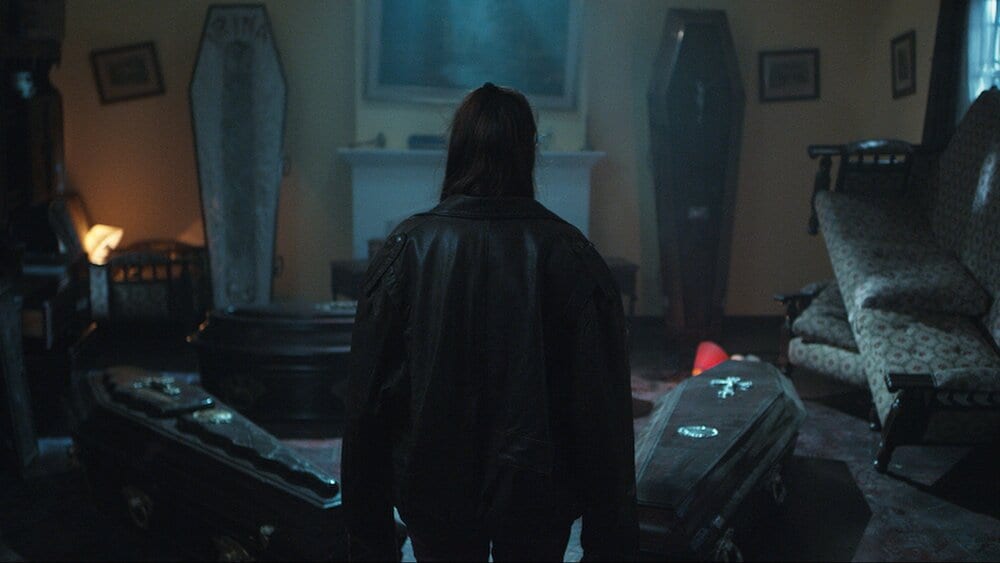 The setup takes about an hour, and most of that time, the film just meanders along with no discernible goal or purpose. It’s pretty light on plot, so it just seems to be about the family’s day-to-day life and their struggles with both the ghosts and their own dysfunction. It feels almost like a character study with a bunch of scares thrown in, and since neither the characters nor the scares are all that good, it’s not a recipe for success.

That being said, this first part of the film does drop a few hints that there might be something more going on than just a harmless haunting, but they’re not enough to give you any real sense of where the plot is headed. At best, they make the film seem like a generic haunted house story with a spirit that just enjoys being a jerk. Granted, movies like that can work, but they have to have good scares and good characters, which this one doesn’t.

Once we get to the payoff, the story picks up a bit, and you finally learn the real reason for the haunting along with some interesting things about the family’s past. But at that point, it’s too little too late. This second part isn’t nearly enough to make up for the previous hour either in quality or in quantity (it’s only about twenty minutes!), so after the credits roll, you still walk away pretty underwhelmed.

The Funeral Home comes out in select virtual theaters on January 29 and VOD on February 2, and the best thing I can say about it is that it’s not a complete waste of your time. It has some creepy, atmospheric shots, but they’re largely undermined by unlikeable characters, generic scare moments, and a poor story. So if you’re itching for some new horror, I’d suggest skipping this one and either checking out some other movies coming out around that time, like The Night and Saint Maud, or finally getting around to watching some old classics that might have slipped through the cracks for you.