I sat eager. A timer ominously ticking down against the anti-ambient soundtrack. A soundtrack that could be a fine substitute for a save room, an iconic part of Resident Evil game design. And when that clock hit zero, this is what we got…

First out the gate was heaps of new Resident Evil Village gameplay and information. RE: Village, the eighth installment of the grandaddy survival horror franchise, is shaping up to be another brilliant nightmare of the residential variety. The gameplay features gorgeous interiors of the castle you’ll be tip-toeing through as Ethan Winters, the returning protagonist from RE7. The halls are adorned with gold and the pain-staking detail is truly awe-inspiring. We also got to look at some combat, which has you facing off against some gruesome foes, including hood-wearing frail vampire creatures and bug-swarm controlling vampires. Oh, and a 10ft werewolf wielding a Warhammer.

One of the coolest features on-show was the series seeing the return of the merchant prevalent in RE4. This time, he’s called ‘The Duke’, a larger-than-life character (literally) who apparently will be in unique moods whenever you come across him. This flowed nicely into showing us how the inventory management system will work, which I’m happy to report also borrows the same style from RE4; allowing players to “Tetris” their items so they all fit nicely into your case.

We then got the skinny on the release date and various pre-order additions of RE8. We can all expect to trudge through this horrific village and castle on May 7th, 2021. Details of a demo called ‘Maiden’ were also briefly shown and is available to download right now if you own a Playstation 5. You’ll play as an unknown character trying to escape the castle’s dungeon. The demo is devoid of combat and I think will serve to suffocate you with the game’s atmosphere. If you don’t have the still impossible to get PS5, every other platform just has to wait until sometime in Spring for a shot at ‘Maiden’.

After the showcase got done marveling over RE8 (rightfully so), it reminded us of how far this series has come. It’ll be celebrating its 25th anniversary in March and, as a series, has spanned over almost every form of media you can think of—including a recently discovered RE-flavored curry. So, what is Capcom doing for its 25th birthday? Releasing another new game in the Resident Evil line-up. However, this one looks… off. 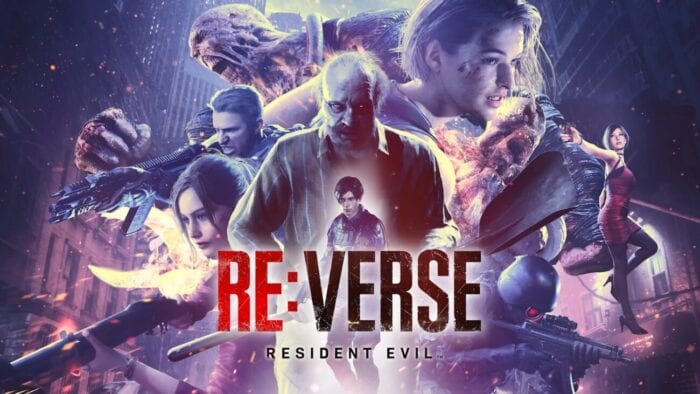 Introducing RE:Verse: some kind of Battle Royale, action multiplayer where you literally can play as anything from any resident evil game ever and kill each other. And this was definitely the weakest component of the showcase, for me. Capcom’s persistent interest in trying to turn RE multiplayer is already glaring, but this time it jumps the Nemesis. I was laughing wildly at a hodgepodge of hapless Resident Evil characters and villains forced to kill each other. The moment I saw Claire Redfield shoot Lean Kennedy; I knew we were in trouble. The graphics look slightly cell-shaded, enameling the goofy tone this action multiplayer must be going for. The game’s free with any copy of RE8 though so that’s nice. It’ll make for a one-day play at best. Unless it’s actually fun.

The final piece of main RE news shone a bit more light on the Netflix–only CGI film called, Resident Evil: Infinite Darkness. It’s set just after the gaming events of RE4 (Capcom really calls back to this one this year) and will see Claire and suit-wearing Leon dispel and survive a zombie outbreak. I really enjoy the CGI iterations (I am massively behind) so this will definitely be one to watch on release.

The only other thing of note was Ubisoft mentioning an RE crossover with their game, Tom Clancy’s The Division 2. Ubisoft will be throwing some iconic costumes and items from the world of Resi into their game for a limited time only.

And that was that. I’m hugely excited for RE: Village. Everything shown so far is steeped in everything that makes an RE game stand-out. The exploration, the atmosphere, the horror, and the memorable characters. On that note, it is no surprise that something like RE:Verse has come into existence. With such an iconic roster, Capcom wants to show off their work by making them all battle to the death in a show of nostalgic dominance.

You can pre-order Resident Evil: Village now; standard, deluxe, or collectible editions. I seriously cannot wait to experience this one.

Looking for more Resident Evil content? Try these out!

Resident Evil Village: The Perfect Blend of Action and Horror