The time to fight werewolves and infamous tall vampire ladies draws closer and closer. The latest drip-feed of Resident Evil content comes from the April 2021 showcase—the 2nd showcase to emerge. And we got a nice new array of juicy content. We got a new trailer, new demos, new modes, and a new way to play a legendary Resident Evil title. Here’s my reaction to the Resident Evil: Village showcase.

Capcom sinks their teeth in deep with a new trailer that is ripe for pausing to check for fruitful details. It cinematically depicts Ethan Winters, the protagonist, who looks like he’ll be contending with a lot of new characters—one of which seems to be pitting you in some form of trial. There was a focus on locations as Resident Evil Village boasts some impressive looking areas you’ll no doubt be quivering in fear exploring, including what looks like some kind of cavern human harvesting facility. And they each look like they have some hefty scale to them. The trailer ends with a mysterious soldier character pinning you down, as Chris Redfield looms shadily in the distance—his role still shrouded in intrigue. The trailer is extremely impressive; opting for a more filmic quality that the series is known for. All of it looked in-game and stunningly beautiful.

After the trailer, it was on to demo talk. I’ve yet to play anything Resident Evil 8 related due to being stuck with non-Sony consoles (thanks Capcom), but that will all change in the weeks leading up to the game’s release. A timed demo experience is coming and you’ll have 60minutes to play as much as you can. There are two areas to choose from: the village and the castle, and the showcase advised that you spend your survival horror experience wisely. Personally, I think I’ll give the village pastures a tread; considering the namesake of the game. Better news for the Sony privileged as both the PS5 and PS4 will get early access to 30-minute demos that cover both aforementioned areas. This whole package has been not-so-cleverly named 8 Hours in Village.

The Mercenaries Mode Is Back, and It’s Big 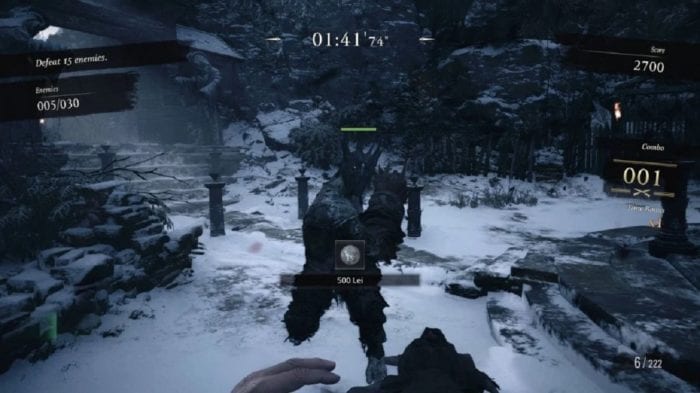 The next piece of exciting news was the reveal of The Mercenaries mode. This wave-based extra game has been a series favorite of mine since Resident Evil 4 and is the only Resident Evil deviation from survival horror gameplay I actually find engaging. This mode looks content-rich as you’ll have access to The Duke’s Emporium—a shop used to buy and upgrade weapons to push you further and further as the waves of enemies intensify. It seems Resident Evil 8 will be handling this mode in a slightly newer way, as the showcase demonstrated that you’ll be completing areas rather than seeing how long you can survive one location. I like this idea as it incentivizes progression more in a mode where the only tangible progression in previous titles, came from the new characters you could unlock. Moreover, powerups are a thing that seems to perk your gameplay with things like weapon damage and movement speed. We also get to look at some of the monsters we will no doubt be meeting in the main story. Some of the Lycan humans look scrawny and, dare I say, zombie-like in appearance, which puts a lovely smile on a pro-zombie fan like myself.

That was it in terms of Resident Evil Village stuff—the next half of the showcase dedicated to riding the wave of the series’ 25th anniversary. Leading goliaths in the gaming industry (Naughty Dog, Media Molecule, etc.) popped up to spray praise over Capcom and their feats of accomplishment with one of the longest-running video game series. I, of course, need no reminding how Resident Evil has shaped my gaming experience and, although the series has definitely had its downs, Capcom does deserve a clap or two for finding new ways to breathe life into survival horror.

More From the Upcoming Animated Series 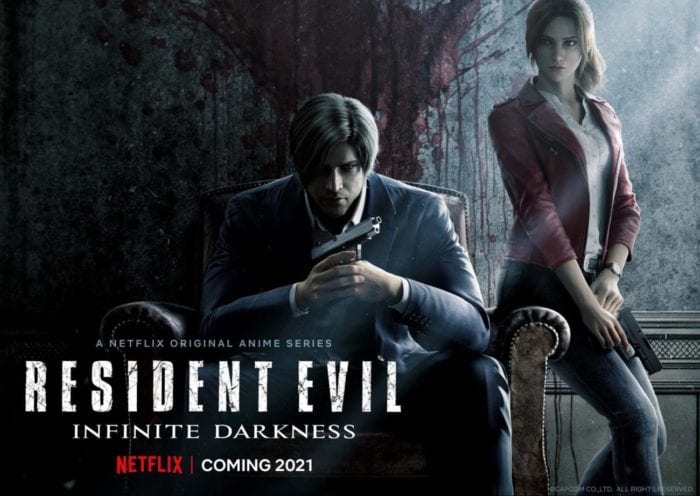 A super quick trailer for Netflix’s Resident Evil animated series Infinite Darkness showed off Claire Redfield and Leon S. Kennedy teaming up. Zombies have run amok in the ol’ White house and the President is under threat. The same President whose daughter is Ashley, whom you had to protect in Resident Evil 4. With the events of this series taking place two years after Resident Evil 4, will she make an appearance? I like that Claire and Leon are back together. In a series that severely skims over character development, these two are always the most exciting to watch interact with each other. I’ll definitely be giving it a watch in July 2021.

Jump Into Resident Evil 4 With VR

The last two pieces of info were collaborative news stories. The world of Resident Evil and Dead By Daylight finally hold hands, although specific details about this are being saved for an event in May. As someone who hasn’t played Dead by Daylight, I can’t say much, however since Silent Hill has made the trip through the Fog, it was about time the grandfather of survival horror caught up. And finally (and almost surprisingly) Resident Evil 4 is being given the VR treatment. I say almost surprisingly because Resident Evil 4 is as prevalent across multiple things as Skyrim at this point. If you want to find out more about this, check out the Oculus reveal of the game on April 21st. Personally, although Resident Evil 4 is a darling of a game, unless I have any disposable income, I can quite happily pass on this edition.

And that’s it for the Resident Evil showcase reaction. As always, Brittney Brombacher did a great job at hosting, and yes, I am now even more excited to get into this experience. Or at the very least, play a bloody demo! Resident Evil 8 is being released on May 7th.