Coming off the heels of the ultra-successful Resident Evil 7: Biohazard, which brought in a new feel with its first-person perspective that added a much-needed freshness to the franchise, Resident Evil Village manages to take what Resident Evil 7 laid in place and build upon it. Although less heavy on the in-your-face brutal scares of its predecessor, Village stays more consistent in tone, making for an overall more leveled experience in terms of its creepiness factor. 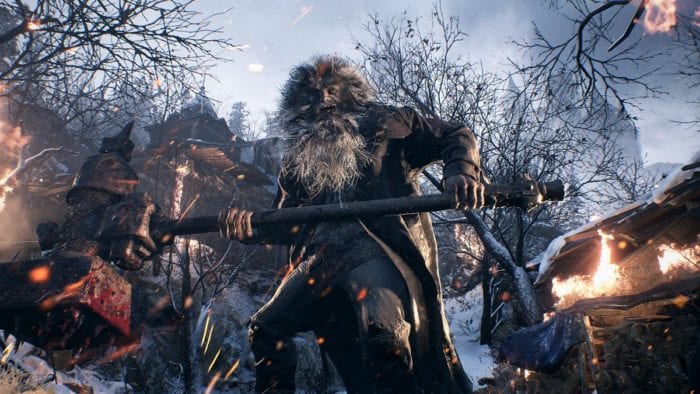 Resident Evil Village starts off a few years after the events of 7. It kicks off with an intriguing Tim Burton-like animation that turns out to be a bedtime story being read by Mia to their daughter, Rose. Ethan and Mia are finally living a somewhat normal life, being cared for under the protection of the BSAA. Mia gets Ethan to put Rose to bed, and then, well…things happen. After a series of events, Ethan ends up in a small village that’s definitely seen at least one or two better days. The village is completely taken over by monsters, more specifically Lycans.

Lycans are just one of the many enemy types you’ll be encountering in Ethan’s journey, and I’ll leave the rest to your surprise and enjoyment. Nevertheless, there’s a bevy of different enemy types that you’ll be up against during your time in Village, and none of them are boring.

Along with the smaller enemy types are Mother Miranda, who is the main overarching villain of the game, and The Four Lords. The Four Lords are essentially the banes of Ethan’s existence. They’re there to make your mission a living hell and to thwart you at all costs. Their names are Alcina Dimitrescu (also known as Tall Lady), Karl Heisenberg, Donna Beneviento, and Salvatore Moreau. They’re basically bosses, but they all have their own unique area in the game that really helps with keeping everything fresh. Lady Dimitrescu’s castle is the biggest of the bunch but also surprisingly short-lived. I’ll leave it at that. It’s not necessarily a bad thing, it’s just something that I was hoping to get more of.

As I’ve stated earlier, as a whole, Village is a lot less scary than Resident Evil 7. A lot of people might take that as a negative, but it’s not. It allows Village to have a more consistent, creepy atmosphere without being too stressful as you play. Trust me, it’s plenty stressful when you get into the thick of things, but it spaces out those moments really well, and that helps Village become an easier pill to swallow for those that got too overwhelmed by the full-throttle scares and pace of Biohazard. 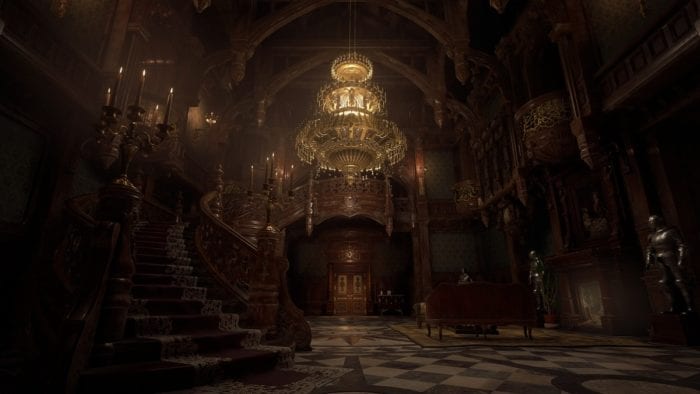 As far as gameplay goes, the combat is very similar to Biohazard but with an emphasis on combat in general. You won’t really have any issues keeping up with ammo, although there were some moments that I was running a little lower than I’d like, I never managed to fully be out of ammo throughout the whole game.

You can probably tell where this is leading: Village is a lot more combat-heavy than Biohazard, and honestly, I’m glad it is. It walks a fine line between its scares and its combat that ends up balancing out fairly well, not making you feel like you’re overpowered because you have so much access to weaponry. On top of that, the combat is just purely fun. The different enemy types provide you with such a different feel that you may need to tackle the fight you have differently depending on which enemy you’re up against.

You’ll still have the make the rounds scrounging around for some loot so that you can craft more ammo or another heal, and with that being said, the inventory system is one that most fans of the franchise will appreciate and recognize. 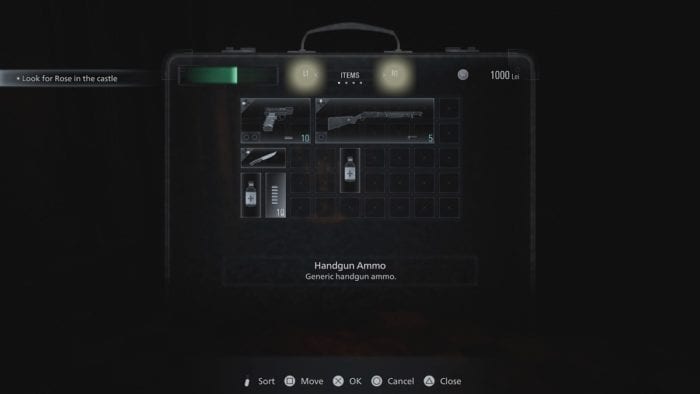 Not only does this system make for more space, but it also makes it more fun to micromanage your inventory and section off areas that you might reserve for your guns, ammo, or heals. In fact, the UI has a whole got made over and revamped to the best possible degree. It’s so much cleaner and smoother when you’re weaving your way through the menu, and it’s an immensely more comfortable experience than the UI we had in 7.

Speaking of your inventory, weapons, ammo, and heals, you’ll have somebody to help you with all of that along the way.

The Duke Has Wares If You Have Coin 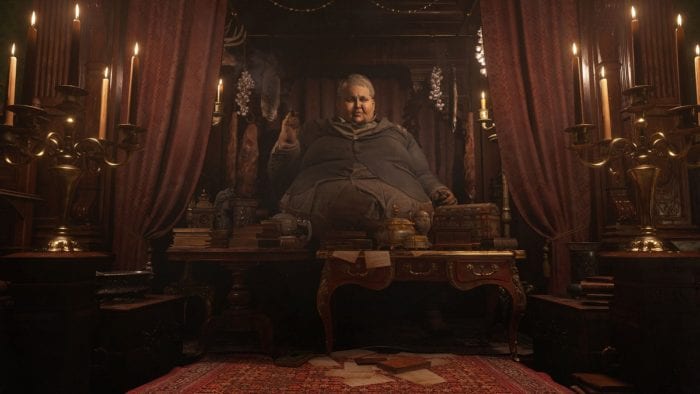 During your time in Resident Evil Village, you’ll come across a mysterious merchant named “The Duke” that pops up when it seems like Ethan needs him the most. He has everything you could need from heals, ammo, and explosives to upgrades to your weapons to make them more powerful. He shows up quite a few times in the story and only has a limited supply of items to purchase. Not to worry, whenever he appears in a new location, his supply is restocked and you can purchase the things you need again.

Now, to be able to afford all of the necessary upgrades for your weapons or, really, anything in his shop, you’ll need a currency called Lei. Lei can be earned from enemy drops after killing them and generally in the environment as you play. So keep your eyes peeled as it’s well worth it to give an extra gander around your surrounding area to find hidden crystals in ceilings or valuable collectibles hiding around that you can sell for some extra (and helpful) Lei.

A very useful (and sometimes frustrating) tool that can be used to know if you’ve looted everything is by looking at your map. When you open your map, you’ll see sections are either blue or red. If they’re blue, you’ve looted everything and can have peace of mind that you’re leaving nothing behind. The opposite is for red—if the section on your map is red, it means you still have some things waiting to be looted in that area, and trust me, it’s completely worth it to take a few moments to find it. I can’t count how many times the section I was in was red and the last item I had to loot was a pretty valuable item that gave me a good chunk of well-needed Lei. 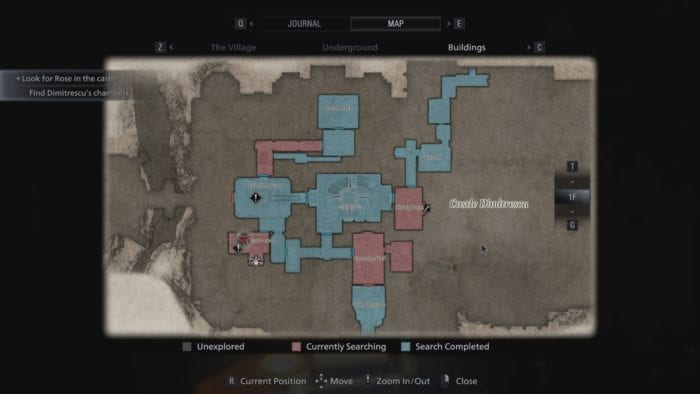 The Mercenaries Mode Is Back 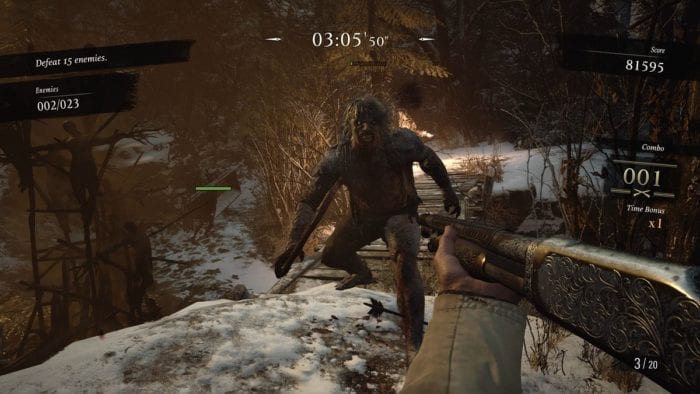 The Mercenaries mode is back after a small break from the franchise, and it’s a very welcome return. The idea of the mode is to get the highest score possible as you kill enemies and finish each area before the time limit is up. The higher the score, the better the rewards, and the further you can get in the mode as you unlock new areas to play through. It’s a challenging yet rewarding mode that should keep a lot of players going even after they beat the story.

As small as the mode seems, it’s largely addicting to play. The grind of getting your score higher and higher as you try new paths, new weapons, and strategies is about as fun as you can get to a player that loves repetition and grinding. Now, those two words “repetition” and “grinding” may put some people off, and that’s natural, but I’m going to tell you that if you give this mode a chance past your first few tries, it opens up, and you’ll start to think a little more strategically as you get that rush of dopamine from your successes. 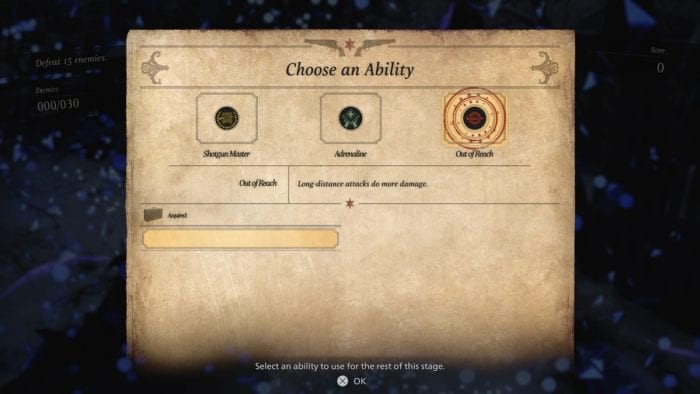 Also, as you play, you’ll have orbs that you can break that either give you extra time on the time limit or give you an option to choose between three different skills. This is where it got interesting for me, as it gives you an opportunity to make different ‘builds’ and synergize the skills with different weapons, creating amazing combinations that can make that much difference when going for a higher score. That’s all I want to say on this mode as I think you’d have to experience it yourself because it is a treat. 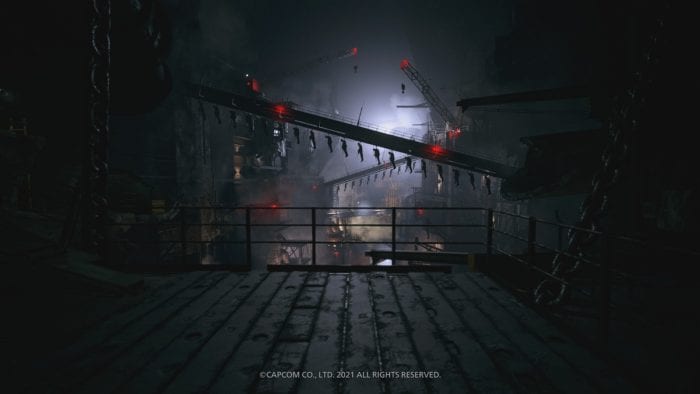 Resident Evil Village took me around nine and a half hours to complete with a relatively relaxed, methodical playthrough. Its mix of different subgenres of horror is a breath of fresh air that I absolutely adored. Whether it’s the gothic atmosphere of Lady Dimitrescu’s castle or the folk horror feel of the village itself, Resident Evil Village makes it work and makes it work well. The story is tight, the characters are at the very least interesting, and Ethan has cemented himself as a bonafide-worthy protagonist of the franchise.

In a way, Village feels sort of like the greatest hits of the franchise put into one game. There’s a lot of love that’s been thrown in—that’s completely evident. The action is snappy, and the enemies you encounter are varied and inspired. In my time with Village, I found myself stopping to admire the visuals and take in my environment—they’re all stunning. The lighting is fantastic and adds a great amount of mood, especially with RTX turned on as I played this on PC. It is also worth noting that I did have some weird frame drops to around 65 FPS that happened for seemingly no reason, but they didn’t happen frequently enough to be a problem, nor did they affect my actual gameplay. One other small minute detail is that I couldn’t find an FOV slider on PC, either. Again, not a make-or-break feature in a game like this, but I feel compelled to mention it.

Either way, whether or not you’re a fan of the franchise itself, Resident Evil Village takes you on a trip down all of the franchise’s greatest accomplishments and is bound to appeal to a massive audience. You never feel like the game is holding your hand and making it too easy for you to progress, which is a plus in my book. It’s not like you’re completely left in the dark, but you have to figure it out for yourself, and that adds so much to the immersion. The craftsmanship alone is worth investing your time to play through the story. It can be scary, but it’s never a daunting task to complete; it’s a more balanced and even experience than Biohazard, that’s for sure. It has a seamless blend of horror and action that hasn’t been achieved since Resident Evil 4, and that my friends, is one of Resident Evil Village’s greatest assets.