Before there was a Baby Yoda, there was one other fuzzy, big-eared ball of joy. The last of his kind, in fact. Yes, the Mogwai known as Gizmo took the world by storm in 1984 and propelled Gremlins to become, at least in my opinion, the BEST Christmas horror movie. Think about it—the gremlins represent everything about Christmas that we must destroy. They are unchecked predatory capitalism, gluttonous over-indulgence, and generally little monsters that will show up at your house and cause a lot of chaos. Sound familiar?

These destructive little monsters roam throughout the town all night, looting and burning businesses as they go before settling down for some poker with a side of cigars and alcohol. It’s a fun metaphor for the behavior of consumers during the holidays. People may not be looting and burning buildings down, but we do tend to push the limits of acceptable behavior when confronted with the holiday shopping stresses. Anyone who has ever worked in retail can tell you, department stores after Christmas are basically battlefields the day after the war ends. In other words, what goes around comes around. Moreover, when the gremlins are watching Snow White at the cinema, it’s hard to miss the social commentary of the gremlins finishing off a long day of consumerism by watching a Disney film.

However, on the other side of that, Gizmo is the much more likable better half of this Dr. Jekyll and Mr. Hyde-like story. Despite being a case study on why you shouldn’t give pets as a gift, Gizmo is truly good, but chaotic good, like the way your D&D buddy Steve plays his obnoxious bard.  He has a kind heart, he loves to sing, but if the Mogwai indulge a little too much, they instantly become everyone in the town’s problem. Actually, I think the only thing you could say Gizmo does wrong in the entire film was driving without having a license, and speeding no less! Under the cute exterior, however, lurks a much darker side. The easy-to-follow but easier-to-break rules represent just how easy it is for us to give in to our temptations. Naturally, these rules are at their most vulnerable around the Christmas holidays because it’s an entire part of the year that we dedicated to overconsumption. Rather than being a movie that just happens to take place at Christmas, at its core, the film is ABOUT Christmas.

In the same spirit of the film’s biggest influence, It’s A Wonderful Life, Gremlins takes place in a town that looks like it could double as an oversized Christmas decor set. Director Joe Dante shot the film on a Hollywood lot that has been used numerous times to represent the idyllic small town in America, like in Back to the Future, for example. The quaint and scenic town of Kingston Falls, not to be confused with It’s A Wonderful Life’s Bedford Falls, is really every rural town, ever.

Here, everybody knows each other for better or worse, there’s one bank, the local tavern is a historical landmark, there is even a small local movie theater that has one screen, and one mean old lady catapulting through a window. It truly has it all. It’s a town where an innovative yet not quite inventive inventor alone can support a family and own a huge beautiful home. What’s more, it’s believing that the system works, and a pretty strong belief in capitalism that is sort of adorable and naïve when you look at it through a 2020 lens. As someone who grew up in a similar town, this movie scared me straight when I first watched it at the age of seven. I saw my hometown in Kingston Falls, and I saw gremlins destroy it—although they didn’t fully destroy the movie theater, which I always appreciated as if it’s holy ground in a sacred place that must be protected at all costs.

Watching this film now that I am 30, I’m kind of shocked that I saw this at seven. Even crazier, how the hell was this movie only PG when it released? Sorry, my age is showing, apparently, because PG-13 didn’t exist at the time Gremlins hit the big screen. In fact, some would (and should) say Gremlins was the reason PG-13 ratings came to be. That same year, Indiana Jones and the Temple of Doom had released as well and was a much darker and boundary-pushing entry than the one before it.

The common factor was Steven Spielberg, who had been pushing for a rating to be implemented between R-rated and PG. However, the most violent parts of the Gremlins script were scrapped by Spielberg. A scene involving the alpha gremlin Stripe decapitating and then throwing Billy’s mother’s head down the stairs almost really happened. Also, an idea involving Gizmo eventually becoming Stripe was floating around but was shot down because they knew people would want to see more of Gizmo, which is honestly beyond parody. Is it too much for a Christmas movie, you think? I mean, we got the very dark and very funny “dad died in a chimney on Christmas” monologue and an elderly lady flying out a window after her chair lift malfunctioned. I say if you’re going to go there, you should absolutely go all the way with it.

Although, some of the gorier scenes are just as graphic as the ones that were scrapped. Even Santa Claus himself gets his face torn off before the night is over. Gremlins is definitely not for anyone who is even a little squeamish. Hell, a gremlin even exploded in a microwave in the most graphic way imaginable. Personally, I’ve always loved the blender scene. It’s the first gremlin death and makes you immediately go “oh, holy sh*t, this is THAT kind of movie” as it kicks into turbo-drive with its campy but amazing special effects. The full display of ’80s gore can be found within this one film supposedly made for children.

Perhaps if they did take it to that level, it would have been hit with an R-rating and failed before it even had a chance. It was the fourth highest-grossing film that year despite it being a Christmas movie that released in the summertime. Like Gizmo, it’s charming and cute and yet slightly weird because underneath all that cuteness and fluff is a much darker side waiting to show itself. The scaley gremlins represent the worst parts of ourselves, and what’s more, the chaos they cause isn’t so different than what the hordes of people during the holidays rain upon businesses. And if I’m being honest, I’ll take a horde of gremlins over Krampus as the real terrors of Christmas Eve. 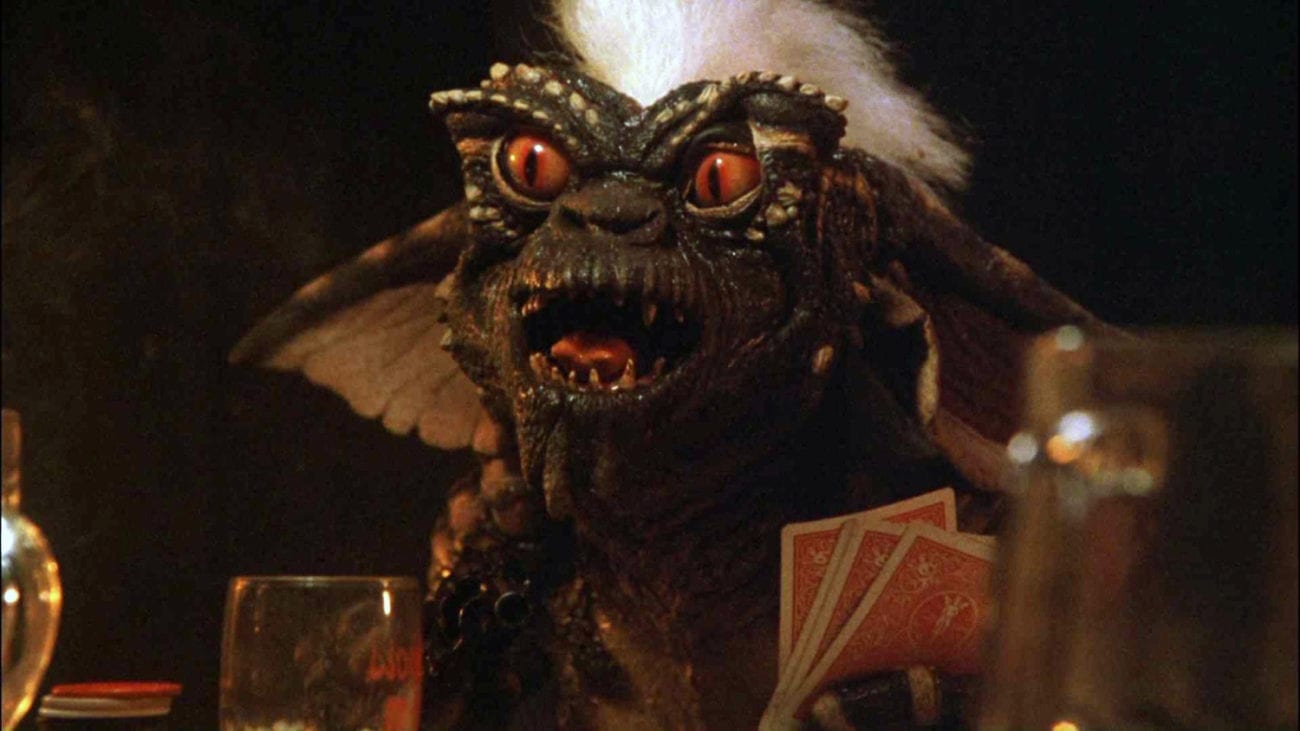 Right down to the Christmas caroling gremlins, they are simply just getting into the holiday spirit. Their love of Christmas always gets me feeling festive every December, but I’ve never really looked beyond the surface of the plot, which is just a story about an irresponsible pet owner who is given another pet as a gift, and I found that it was a mistake on my part. Oddly enough, it’s exactly the kind of mistake that Rand, Billy’s father, makes when he meets Gizmo for the first time in that Chinatown shop.

Do not underestimate these little green monsters and definitely do not underestimate the message behind this film. Basically, be grateful for what you have rather than caring about what you want. Gizmo lives by that creed, and apparently, his willpower to turn down things that are bad for him has made him the last creature of his kind. At least he was until people, maybe more importantly—stereotypical Americans, wrongfully whisked him away from his home with some help from the almighty dollar bill. To err is to be human, and nothing is more human than messing with a species we don’t fully understand.