There isn’t a lot of Christmas cheer in this messy, low budget holiday slasher directed by and starring Edmund Purdon, but it does feature a musical number from Bond Girl Caroline Munro (the stunning henchwoman Naomi in 1977’s The Spy Who Loved Me), whose performance of “I’m the Warrior of Love” is interrupted by a bloodied Santa corpse crashing on the stage. The death is one of the most graphic in the entire movie, right behind a Santa who gets his face nearly burned off by the film’s Christmas-hating killer.

Compared to similar holiday slasher movies that came out in the early ’80s, including Silent Night, Deadly Night, and Black Christmas, Don’t Open ‘Till Christmas ranks relatively low on the memorability scale. The editing is poor, the story is full of lame twists and turns that don’t land, and the acting is incredibly stiff at times. Some storylines are introduced and go nowhere or see any revelation, and the killer’s motivations for his crimes are a knockoff of Billy Chapman’s revenge-laced killing of sinners in Silent Night, Deadly Night. Still, horror movies fans looking to fill their holiday with seasonally appropriate slashers should check this one out, if not for some of the gory kills and the song from Munro.

Don’t Open ‘Till Christmas, a British slasher flick released in 1984. It follows Scotland Yard as they attempt to catch a maniac who’s murdering Santas all over the city of London. The Chief Inspector, Ian Harris (played by the film’s director, Edmund Purdom) and Detective Sergeant Powell (Mark Jones) struggle to find a connection between the dead Santas, other than the fact that each unfortunate Santa in question was engaged in some illicit act at the time of their death—drinking, selling drugs, having sex. The inspector’s investigation is continually interrupted by a creepy reporter, Giles (Alan Lake), who’s determined to expose a secret from his past. Meanwhile, a young woman named Kate Briosky (Belinda Mayne) bonds with Harris after he shows kindness to her when the film’s translucent mask-wearing killer murders her Santa garbed father in full view of the public. She soon suspects Harris is hiding something after he repeatedly pins the murders on her boyfriend Cliff, and her investigation into his past ties her directly to the film’s killings. 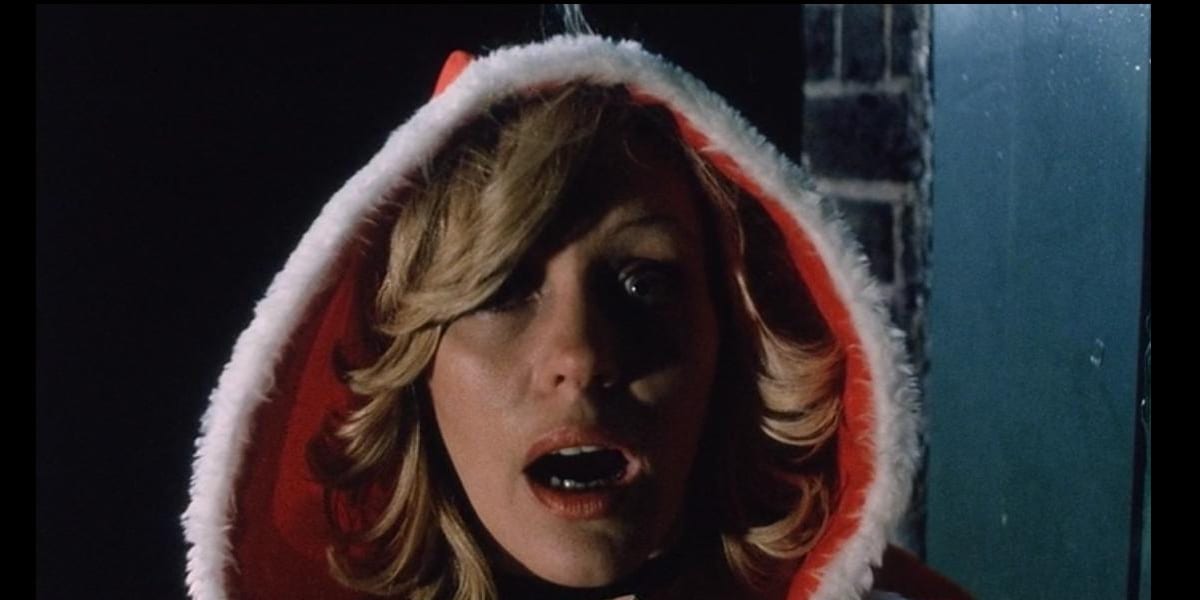 The story also features a stripper, Sherry Graham (Kelly Baker), who’s pulled into the case when she witnesses a pervy Santa getting stabbed to death when he visits her peep show, and the killer eventually kidnaps her to prevent her from talking to the police. The three plots tie loosely together, and they’re intercut with the occasional semi-gory kill of an ill-fated Santa, leaving the film feeling like a needlessly convoluted mess. Given the troubled production and behind-the-scenes drama of Don’t Open ‘Til Christmas—the film’s previous two directors were both fired before Purdon stepped in—it’s no surprise that the movie ultimately feels disconnected and unorganized. The fates of some key characters are left on the cutting room floor, and several plot-lines are never resolved. One character Dr. Bridle (Nicholas Donnelly), is credited in the film but never makes an appearance as his scenes were shot and then deleted.

None of the film’s three main characters feel well-developed, and how could they when a new character and storyline is introduced almost every five minutes? Sergeant Powell takes more of a lead role when Harris is inexplicably fired offscreen for his failure to solve the murders, leading to Harris disappearing for the near entirety of the film’s third act. Meanwhile, several scenes of Kate’s investigations into Harris’ past occur through heavily exposition-driven dialogue. While she initially served as one of the film’s protagonists, she also vanishes in favor of last-minute plot developments. Key scenes that drive the action forward happen offscreen, leaving any revelation feeling unearned and semi-developed. The cast features some recognizable faces, including Munro and Alan Lake, who tragically committed suicide shortly before the film’s release, but they mostly drift from one poorly paced scene to the next, and some of their actions and motivations go nowhere.

The killer is revealed two-thirds into the movie as Giles, the reporter with a personal vendetta against Inspector Harris, who turns out to be his brother. One Christmas, when he was a child, Giles witnesses his Santa-dressed father having an affair with another woman. When his mother finds out, she and his father get into a fight, which causes the mother to fall down the stairs to her death. Giles is sent to an insane asylum by his brother when they were young adults, leaving him bitter and alone, and he ultimately escapes and decides to give his brother one night of evil he’ll never forget. 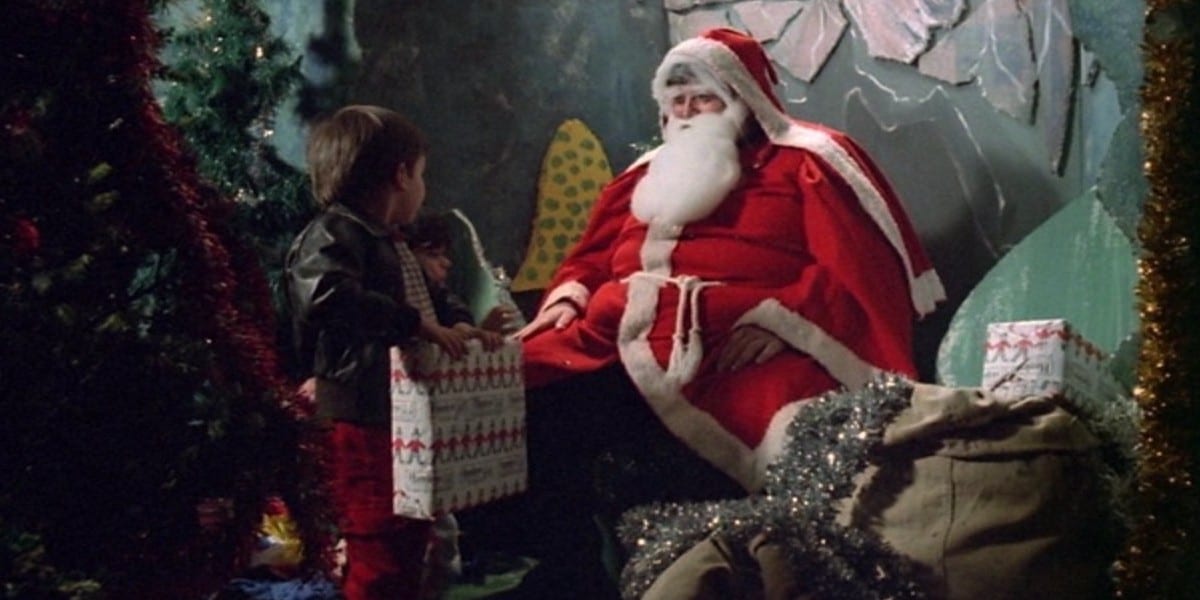 Rather than provide any satisfying answers, the reveal leads to more questions and plot-holes. Giles almost adheres to a strict code of who he chooses to off next, but one moment he’s stalking and murdering some hapless sinner Santa and the next, he’s attacking and hurting people who never did anything wrong. He kidnaps Sherry and explains that he didn’t want her to identify him to the police, but in another scene, he allows a potential victim to escape, and he never punishes her for going forward to the police about the attack. He then reveals he plans to sacrifice Sherry to prove the true evil nature of Christmas, and this constant flip-flopping of motivations and drive leave the character feeling hollow and under-developed.

I’ll give Don’t Open ‘Till Christmas some points for its gory kills and attempts to subvert the genre with its red herring killer reveal and twists in the story, but ultimately you’d be better off skipping this sleazy, dismal mess and watching Silent Night, Deadly Night instead.