Before Halloween (2018), things were a little uncertain for the franchise. Rob Zombie had his run with his two renditions of the classic Myers character, and well…it was a thing. As I’ve stated before, the first one had a really strong second half and Halloween II had an incredible opening sequence. As a whole, though? It was a little too messy for me. Regardless, it kept Michael in the minds of the masses and helped breathe life into the franchise after being dormant for five years following Halloween: Resurrection.

After the initial run of Rob Zombie’s Halloween II, there were originally plans for another film in the franchise titled Halloween 3D. It was going to follow after Zombie’s sequel but without Zombie directing. Instead, Dimension hired Patrick Lussier to direct and Todd Farmer to pen the script. Unfortunately, the project was short-lived as it was dropped in under a week due to financial struggles within the Weinstein Company. It stayed in the dreadful “development hell” for years with little nuggets of hope dropped here and there to keep fan interest intact. In 2012, the Halloween 3D dream was finally shattered and was officially dropped due to no progress being made on the project.

A few years later in 2015, it was reported that Patrick Melton and Marcus Dunstan were writing the new Halloween installment. It also was said to be a “recalibration” rather than a reboot, which makes sense after reading the screenplay. Eventually, in October of 2015, the project was said to be postponed. Later on, in December, it was finally announced that Dimension no longer had the rights to the franchise, thus the death of another Halloween film—at least for the time being—was final.

With that said, the script for Halloween Returns started to make waves online via fan forums/Reddit shortly after. The reception has been seemingly positive from what I’ve seen, so I decided to give it read. I’m going to tackle this as sort of a pseudo-review so we’ll break this down as so: summary, likes, dislikes, and the conclusion. Let’s talk about Halloween Returns. 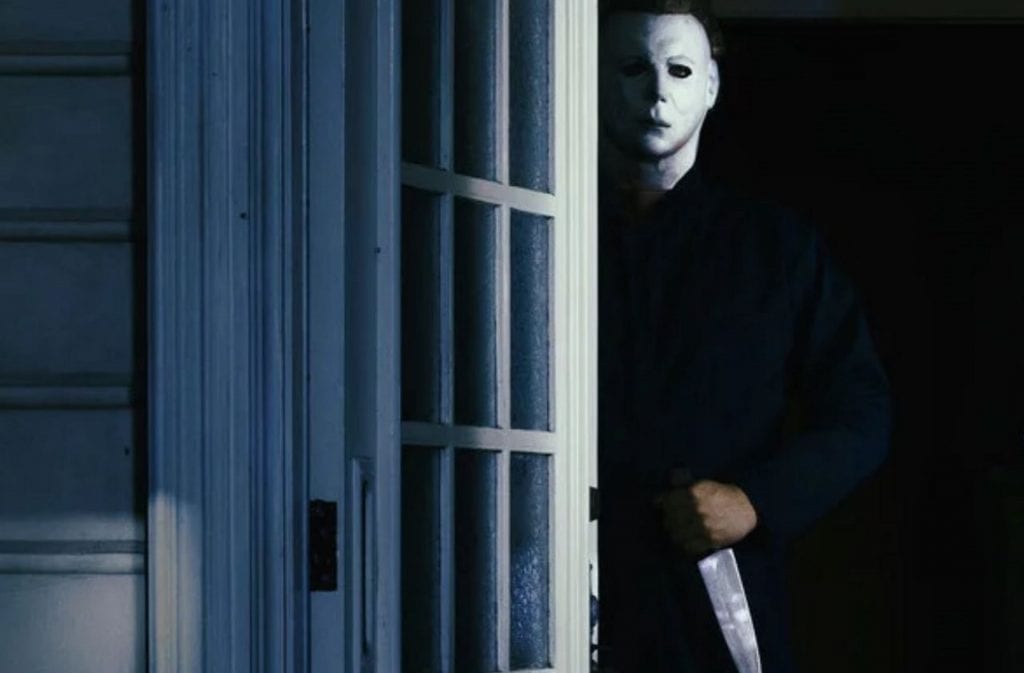 Taking place 10 years after the events of John Carpenter’s Halloween, Halloween Returns originally starts off the same night as the original. We follow as Michael wanders the street, wreaking havoc. He winds up at the Hunt household and ends up killing Deputy Hunt’s (yes, that Deputy Hunt) wife. Deputy Hunt eventually shows up with Paul Rogers, Michael’s clinical psychiatrist. Rogers gets Michael’s attention and surprisingly talks him down. We get a great visual of the camera pulling up from Michael’s POV, rising as we see the back of Michael’s head while he drops to his knees and submits.

This is where the 10 years later part comes in. Michael is now on death row and is getting ready to be executed. Roger’s home life is shaky as his daughter, Sofia, has felt like she’s been neglected for the past 10 years in favor of Michael. Meanwhile, her love interest/friend Noah turns out to be Deputy (now Sheriff) Hunt’s son and saw the events first-hand that night, watching his mother being murdered. Noah convinces Sofia to get them into the execution room to watch as Michael is executed.

While Michael is being injected, his vision is going dark and blurry. Suddenly, he looks up and locks eyes with Sofia, and his adrenaline kicks in. He starts to struggle and break free from his restraints, eventually successfully doing so, and going on a rampage. Michael breaks free and escapes the prison, and the fun really begins.

As Michael is loose on the streets in the small town of Russellville, Noah and his friends are planning a Halloween party at a local pumpkin patch. They recruit Sofia and her friends to come along and join the fun. Michael eventually finds his way to their party, and in very classic Michael fashion, crashes it to the best of his ability.

Note: Throughout the script, we’re also introduced to the following characters: Fog, Bear, Emma (Rogers’ wife), Liam, Ashley, and Brie. There’s more, but these characters are the most relevant to the story. 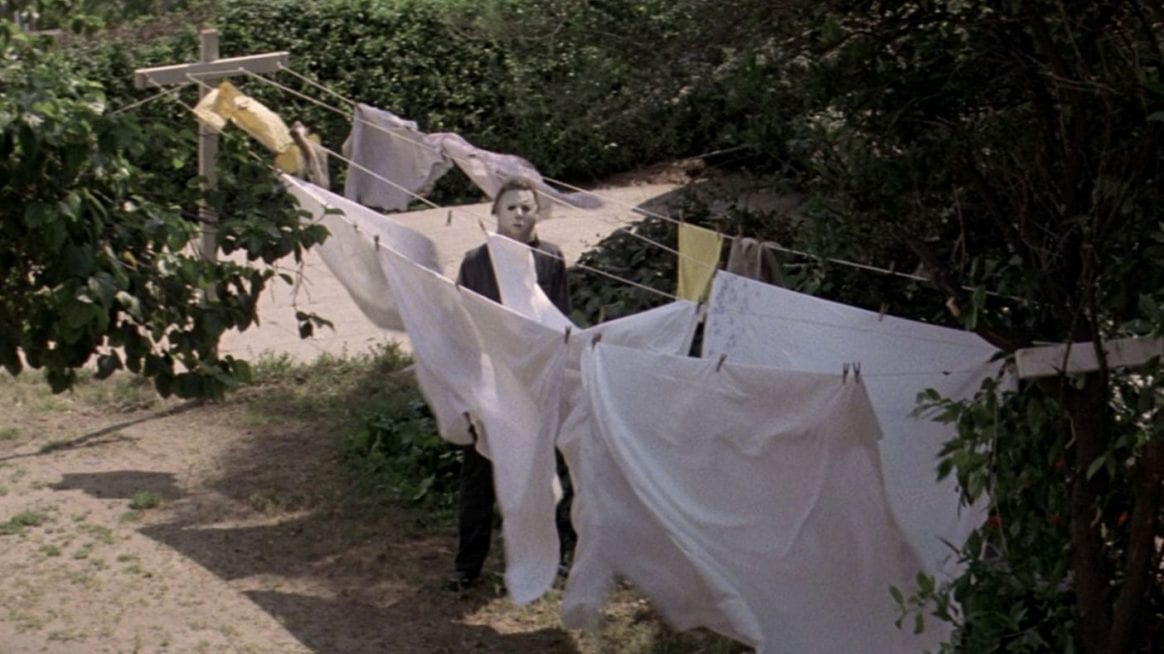 I think one of the bigger reasons that this script works so well for me is the writing itself. The way it’s written is so visual and detailed, but not detailed enough that it comes overbearing and too novel-like. It’s almost as if there’s a film roll in your head as you’re reading; you can really visualize how the movie would look on the big screen.

Also, Michael is a big plus for me in the script. First, the writers make a point to say that Michael’s face will never be seen. Coming after Rob Zombie’s version, that’s a really welcoming part of the script. Also, the way he toys with, stalks, moves, and kills is very much inspired by the original. Albeit, the killings are far more brutal than John Carpenter’s version, but the attitude of Michael remains. There’s a great scene where Michael is driving away in a van and some kids egg it thinking that somebody else is in there. Michael stops and stares at the kids, pauses, and then throws a severed head out of the van rolling toward them. It has a little bit of a dark humor flare, but it also isn’t out of character for Michael. Michael loves messing with people in the original, and it’s taken to another degree in this script.

Furthermore, the amount of unpredictability in this script is well above average. Michael is so unpredictable that I was caught off-guard while reading at least a few times. There are two specific kills that I thought were going one way, and they went a completely different direction. It’s exciting to see these little twists thrown into the script; the writers don’t take any shortcuts when it comes to Michael and his character.

The kills are another plus that I really have to mention. They’re brutal, they’re creative, and they stick with the sheer unpredictability that I just mentioned. Without spoilers, my favorite kill has to do with Sofia on the phone, a broom with a mask on it, and eyes. You’re going to have to read it to believe it, but, you’ll love it as much as I did. That’s the biggest plus above all for me here—fun. I had a blast reading this script, and I can tell the writers had a blast writing it.

Very quickly, the last thing I want to mention as a positive is the reference to John Carpenter’s The Thing remake. There’s a scene where one of the characters, Liam, is watching it on TV. It was a really fun and clever way to callback to the original when The Thing also was on TV. 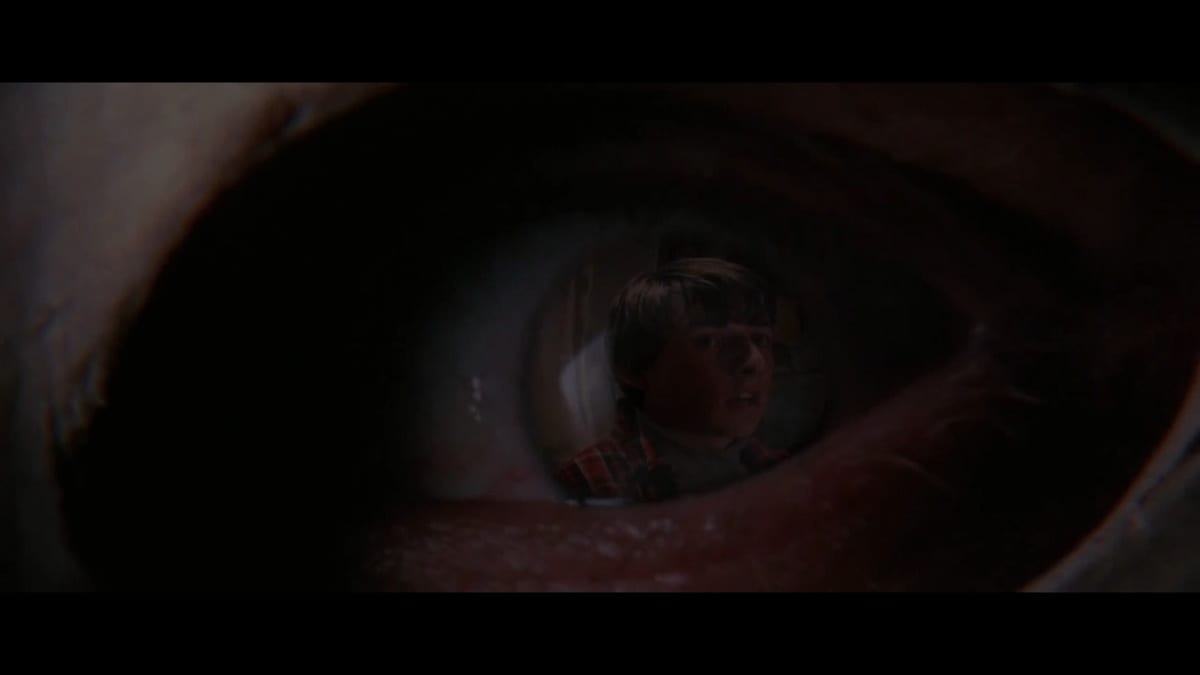 There is one massive dislike about this script to me. It gets a little messy in explanation, but let me try my best: Halloween Returns was supposed to be a direct sequel to the original Halloween. That being said, Michael goes to prison and is on death row for 10 years—meaning, this would take place 10 years after the events of the original. Sounds normal, right? That would be the case if they didn’t include the usage of smartphones. If it takes place 10 years after the original, that would make it 1988, correct? It’s very confusing, but you have to live with it for the read.

Speaking of smartphones, there’s a moment when one of the characters, Brie, says “Oh my god, I have to selfie that,” and it just doesn’t work. Who talks like that? It seems like the writers had no idea how teenage girls speak and interact with technology, but it made me cringe a little reading that piece of dialogue. It feels a little too “Hello, fellow kids!” to me if you know what I’m saying.

Something that began as a positive but quickly turns into a negative is the amount of reference, nods, and callbacks to the franchise. Whether it be Halloween III: Season of the Witch references, Halloween H20, Halloween 5, the original Halloween, and so on—there’s too many. It goes from a little nod to the script slapping you in the face with them hoping to ignite your nostalgia fairly quickly. If I recall correctly, there’s maybe around 3 Halloween III references in about 3 pages or so. It’s jarring at times.

I know that I said the writers make a point for Michael’s face to never be seen, but, you do see his eyes. I’m not a fan of seeing Michael’s eyes too much, as I really love the idea of having two black holes piercing you as you look back into the void. Seeing his eyes humanizes him, and it can really be a hindrance to his effect when trying to be as scary as Michael can be. That’s probably the most personal objection I have to the script, but it just never feels right to see his eyes, in my humble opinion.

One last mention is at one point Michael writes “This town will never be safe again” with blood on a wall, and it’s sort of cool, sort of not. I’m putting it under the dislikes because I’m not sure how I feel about Michael communicating like that, but then again, we need to erase a lot of what we know about him. This would technically only be the second time that he’s been on a spree like this. So, it’s not necessarily a like nor a dislike, just something to note. 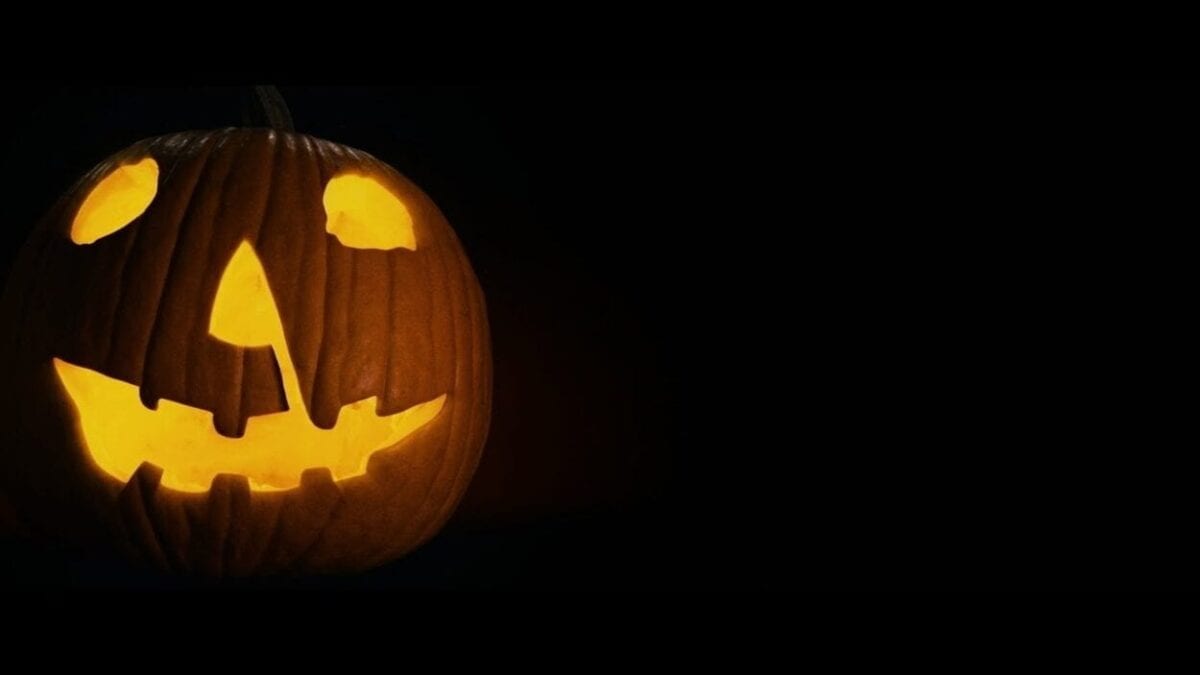 Overall, it’s a solid script. You can see where the 2018 version drew some inspiration from it. There’s a lot more that I wish I could say, but they’d be spoilers and I really encourage you to go and give it a read. There are typos that can throw off your reading rhythm, but not too many. It’s a smooth, engaging read and I honestly had some good fun with it. Very colorful writing in the deaths and the suspense is done very well.

It’s by no means a perfect script, but it would’ve been really interesting to see this one get made. It’s almost as if the Blumhouse Halloween we got was using this concept as a blueprint of sorts. I think we can say that if Halloween Returns wasn’t written, we most likely would’ve had a different take on the franchise in 2018.