I’ve added a new movie to my October watchlist this year. In addition to staples like Halloween, The Nightmare Before Christmas, and Trick ‘r Treat, I’ll also be enjoying another, less conventional Halloween film this spooky season: Adam Wingard’s 2014 gem The Guest. I have to admit, I wasn’t always enamored with this movie. In fact, the first time I watched it, I straight up didn’t like it. But then I gave it another shot, and I realized something that almost instantly allowed me to see it in a whole new light.

Even though it’s probably not the first film that comes to mind when most people think of Halloween, The Guest actually deserves to be right up there with those time-tested classics I mentioned earlier. Not only is it a really fun blend of action, horror, and thriller elements, but it’s also a perfect watch for the spookiest time of year. It’s a legit Halloween movie that celebrates the holiday in a really cool way, so let’s take a deep dive into The Guest and see just why you need to add it to your Halloween watchlist sooner rather than later. Most obviously, The Guest takes place around Halloween, and it’s saturated with the holiday’s imagery from beginning to end. For example, immediately after the title card, the film cuts to an unexpected shot of a jack-o’-lantern and some Halloween decorations. This sets the tone for the rest of the movie, and it lets you know right off the bat that the story is going to fully embrace its Halloween backdrop.

Then, as the film progresses, you see similar decorations just about everywhere you look. Whether it’s the Petersons’ house, the party David and Anna go to, or pretty much any other place the movie takes you, you can barely go a few minutes without seeing a pumpkin, a fake spider web, or some other spooky décor.

And lastly, if there’s still any doubt left about whether The Guest is really a Halloween film, the third act puts it to rest. The final confrontation between David and the surviving members of the Peterson family takes place at the high school’s Halloween dance, but this isn’t just any old dance. Not only are there decorations all over the place, but the school also turned part of the building into a haunted house to enhance the vibe.

That’s right, a key portion of the third act takes place in a haunted house, and you can’t get much more Halloween than that. It’s the icing on this thrill ride of a cake, so if you weren’t convinced before, this should seal the deal for you. The visuals in The Guest are an absolute treat for aficionados of this spookiest of holidays so that by itself is reason enough to add it to your Halloween watchlist.

Paying Tribute to a Classic 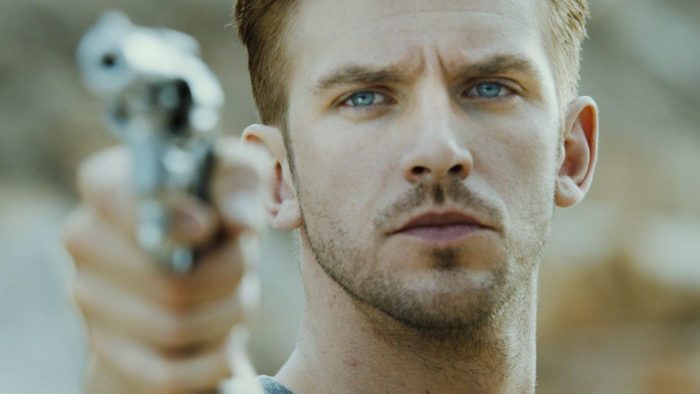 But it’s not the only reason. On top of all the spooky holiday imagery, The Guest also honors the scariest day of the year by paying tribute to the greatest Halloween movie ever made: John Carpenter’s Halloween. Now, at first glance, that may sound like a bit of a stretch, but it’s actually not up for debate. Director Adam Wingard has straight-up said that he modeled David, the film’s villain, on Michael Myers:

I had this Terminator and Halloween double feature one night…And I thought, What would it be like to do the inversion of that? What if Michael Myers, instead of being this shapeless guy following you around town from a distance, what if he lived in your house?

So to use a musical analogy, The Guest is basically Halloween in a different key. Both David and Michael are nearly unstoppable killing machines who go about their craft with ruthless efficiency, but they do it in different ways. Michael is a faceless, almost inhuman force of nature who stalks his prey until the time is right to strike, and David is a seemingly nice guy who charms his way into a family’s home and then carries out his reign of terror in secret.

Admittedly, that’s a pretty vague similarity. In fact, if that’s all there is to it, then it seems like David is more of an inversion of slasher villains in general than of Michael Myers in particular. You could easily substitute Jason or Leatherface for Michael and say pretty much the exact same thing, so if The Guest really is an homage to Halloween, there has to be more to it than just the fact that David and Michael are both merciless killers.

So what are those other similarities? I’m glad you asked. For starters, consider Michael’s obsession with Laurie Strode. While Halloween 2 explains it by saying they’re long-lost siblings, the original film leaves his motivation a mystery. You have no idea why Michael picks her to be his victim, and David does something similar in The Guest.

Granted, he doesn’t pick a victim, but he does show an odd obsession with the Peterson family. For example, when he hears Spencer (the father of the family) say he wants to be promoted to regional manager at his job, David kills the current regional manager so Spencer can get the promotion. Similarly, he commits some heinous acts to help the two kids Anna and Luke as well, and at one point in the film, he even tells Laura, the mother of the family, that he considered it his mission to help them while he was there.

Now, at first glance, this may not seem like much of a mystery at all. When David arrives, he tells the Petersons that he served in the army with their son Caleb, and he’s checking up on them to fulfill Caleb’s dying wish. That appears to explain his weird fixation on them, but if we dig a bit deeper, it actually still leaves a couple of unanswered questions.

First, David’s initial plan was just to spend one night with the family and then leave. He only stays longer because they ask him to, so he didn’t originally intend to help them as much as he did. He just wanted to check up on them as Caleb had asked, but when he decided to stay longer, it for some unexplained reason became a full-blown obsession. 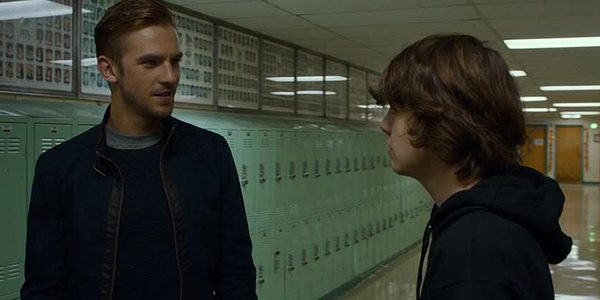 Secondly, we’re not entirely sure that David really is who he claims to be. While there’s a lot of evidence that he is, there’s also just enough doubt to make his identity a genuine mystery. At one point in The Guest, Anna calls David’s base and learns that he supposedly died a week earlier, and she later steals his phone and finds out that he was recently in touch with a plastic surgeon. From this information, her brother Luke theorizes that he’s not really David, and he simply had plastic surgery to make himself look like the real David.

We never learn if his theory is right or not, but it’s plausible enough that it casts genuine doubt on David’s identity. And if he’s not who he says he is, then he has no reason to help the Peterson family, so his obsession with them is just as mysterious as Michael Myers’s obsession with Laurie Strode (in the original film, at least).

And that leads right into the second similarity between David and Michael. Michael Myers wears a mask to hide his real face and conceal his identity from his victims, and David may have used plastic surgery to do the same thing. He quite possibly turned his face into a mask to hide who he really is.

Then, if we skip ahead to the end of The Guest, we’ll find the third similarity between David and Michael Myers. At the end of Halloween, Michael falls out of a second-story window after being shot six times, but he somehow survives and absconds into the night. Similarly, at the end of The Guest, David is shot by Anna and stabbed by Luke, but he too manages to survive his seemingly fatal wounds and flee the scene.

And last but not least, there’s a really cool visual nod to Michael Myers that’s easy to miss but impossible to forget once you see it. In Halloween, there’s a shot where Michael is standing next to some white sheets that are drying in the wind, and at one point in The Guest, David does pretty much the exact same thing while wearing clothes that are very reminiscent of Michael’s signature jumpsuit. 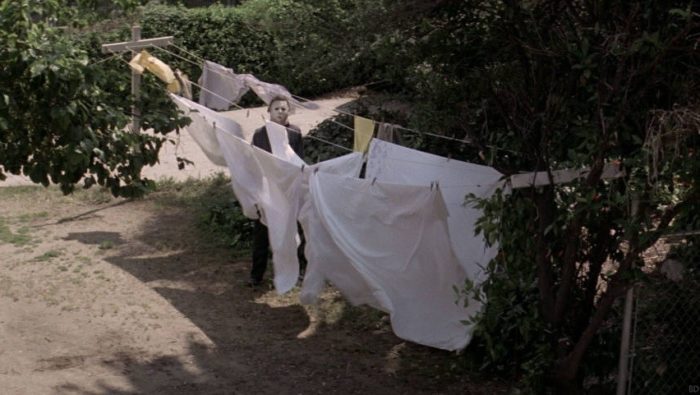 Granted, not all of those similarities are decisive on their own, but together, they form an impressive case that’s just about impossible to deny. There are simply too many parallels between David and Michael Myers for this to be a coincidence, so it’s clear that The Guest is a loving homage to the greatest and most famous Halloween film ever made.

Admittedly, I doubt general audiences will ever embrace The Guest as a spooky season classic on par with movies like Halloween and The Nightmare Before Christmas, but that doesn’t mean it’s any less deserving of a spot on your Halloween watchlist. It’s a fun horror thriller that’s chock-full of the holiday’s imagery from beginning to end, and it pays some really cool tribute to the greatest Halloween film of all time, a film that also happens to be called Halloween. Those two reasons are more than enough for horror enthusiasts to pop it on every spooky season, so if you ever find yourself trying to decide what to watch on a cold, dark October night, The Guest is as good a pick as any.