This review may contain spoilers, of a sort, as I discuss a lot of the topics and opinions revealed in the film.

Of all the genres in film, horror contains the most defining tropes; concepts such as the final girl, sex = death, walking alone in the woods, and multiple others are universally acknowledged as the anatomy of a horror film. Amongst this genetic makeup of the genre is a common axiom—“the black dude always dies first”.

Horror Noire: A History of Black Horror, a new Shudder Original premiering today, looks to take that well-known anecdote and expose the damaging narrative that long-accepted mistruth causes to an entire collection of people—not to mention how factually inaccurate it actually is.

Director Xavier Bergin’s first feature-length documentary, a companion piece to a book of the same name published in 2011, is an impressive debut doing what all documentaries try to attain, but often fail to deliver…being entertaining and meaningful.

Far from a simple power-point presentation condensing Bergin’s opinion of where he sees black representation in horror (and general) cinema, the director compiles a vast collection of academics, actors, directors, critics, and fans to take the viewer through a never-boring timeline dating back to the origins of film itself up until the present day.

Utilizing the undeniable success of Jordan Peele’s Get Out as a framing device—Bergin’s cast of experienced historians dig through the somewhat forgotten but often humiliating version of black culture shown throughout film history. 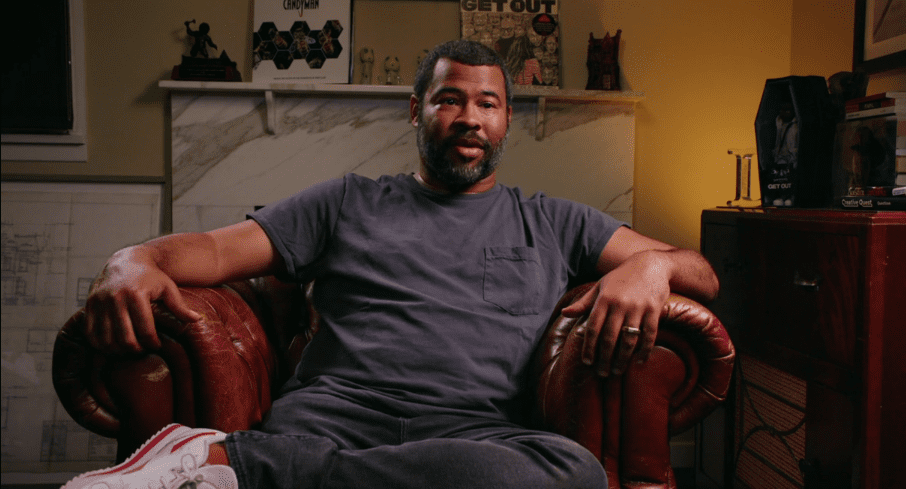 Be it the white actors in black-face portraying blacks as sexual deviants lusting for white women in the Ku Klux Klan epic Birth of a Nation (which was, as I learned from this film, screened at the White House and praised by then-President Woodrow Wilson) or black actors cast in actual roles but relegated to playing lovable domestic servants (the “mammy”) in period pieces or noble savages for the white heroes in adventure films—Horror Noire indicates early on that this will not be a nostalgic ride through the annals of cinema.

As opposed to tackling it with anger or disbelief, Bergin’s academics approach these early years mostly with humor and resignation that there was only one way up from that point on. In fact, a lot of Horror Noire’s running time is dedicated to finding the glimmers of brighter futures that existed as black actors and actresses’ roles changed.

One of Horror Noire’s most fascinating sections—and one that may surprise many not versed in film history—is the life and careers of black directors Oscar Micheaux and Spencer Williams. These two were true auteurs; writing, directing, producing and/or doing just about everything else in their productions(in the early ’30s and ’40s no less.) Most importantly, both were subtly fighting against the stereotyping of their race by presenting black people in normal social situations, such as attending a wedding ceremony or working in “white” jobs, like science related professions.

The early sections of Horror Noire are dominated by two academics and historians:—Robin R Means Coleman, PhD, who wrote the book version of Horror Noire and author/educator/executive producer Tananarive Due. Both women provide confident guidance through black film history and even though more participants come into the fold—Means and Due are the intellectual center of the film. 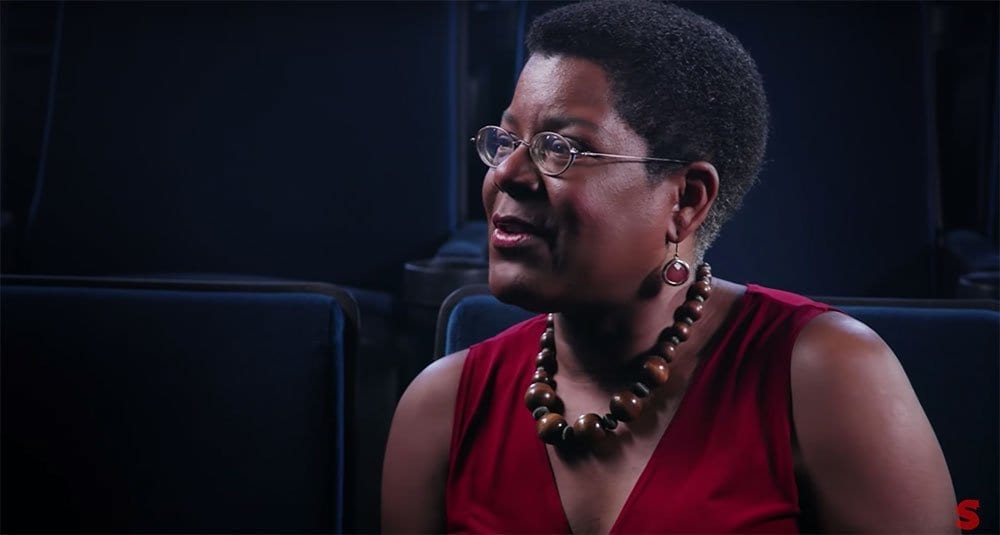 As Horror Noire progresses through film history, we are presented with how influential the limited appearances of strong, three-dimensional men or women with black skin were for future aspiring actors. Black characters—already limited in roles—are virtually eliminated due to the “atomic/science” age (as Coleman puts it at one point, “there isn’t a lot of room for servants”), it is the appearance of Duane Jones, a black actor playing the lead role of Ben in the iconic Night of the Living Dead, that inspired generations. Rachel True, an actress best known for The Craft and one of the documentary’s most engaging interviewees, was shocked at how she was seeing a black man who ” [wasn’t] a “criminal, [wasn’t] a gangster … they were the hero”. They Live’s Keith David reflects on how Jones represented the first fully fleshed-out character,  not a set-piece, with his own destiny, while the appearance of Jones convinced Candyman’s Tony Todd to become an actor.

Other notable eras of black cinema examined include the blaxploitation era (with an emphasis on the sub-genre of horror), revealing how films centering on black people and culture is empowering in one way but by perpetuating certain stereotypes to increase the “exploitation” portion of the genre, was also regressive. The comparison of 1972’s Blacula—which receives a lot of praise from the contributors—and 1973’s Blackenstein—a low-point for the genre and maligned by the commentators—is a solid example of this issue.

The film’s strongest section is the focus on the unexpectedly progressive ’90s where black characters, especially female ones, were given more agency. Two of the best guests for this section are directors Rusty Cundieff (Tales From the Hood) and Ernest R Dickerson (Tales From the Crypt: Demon Knight). 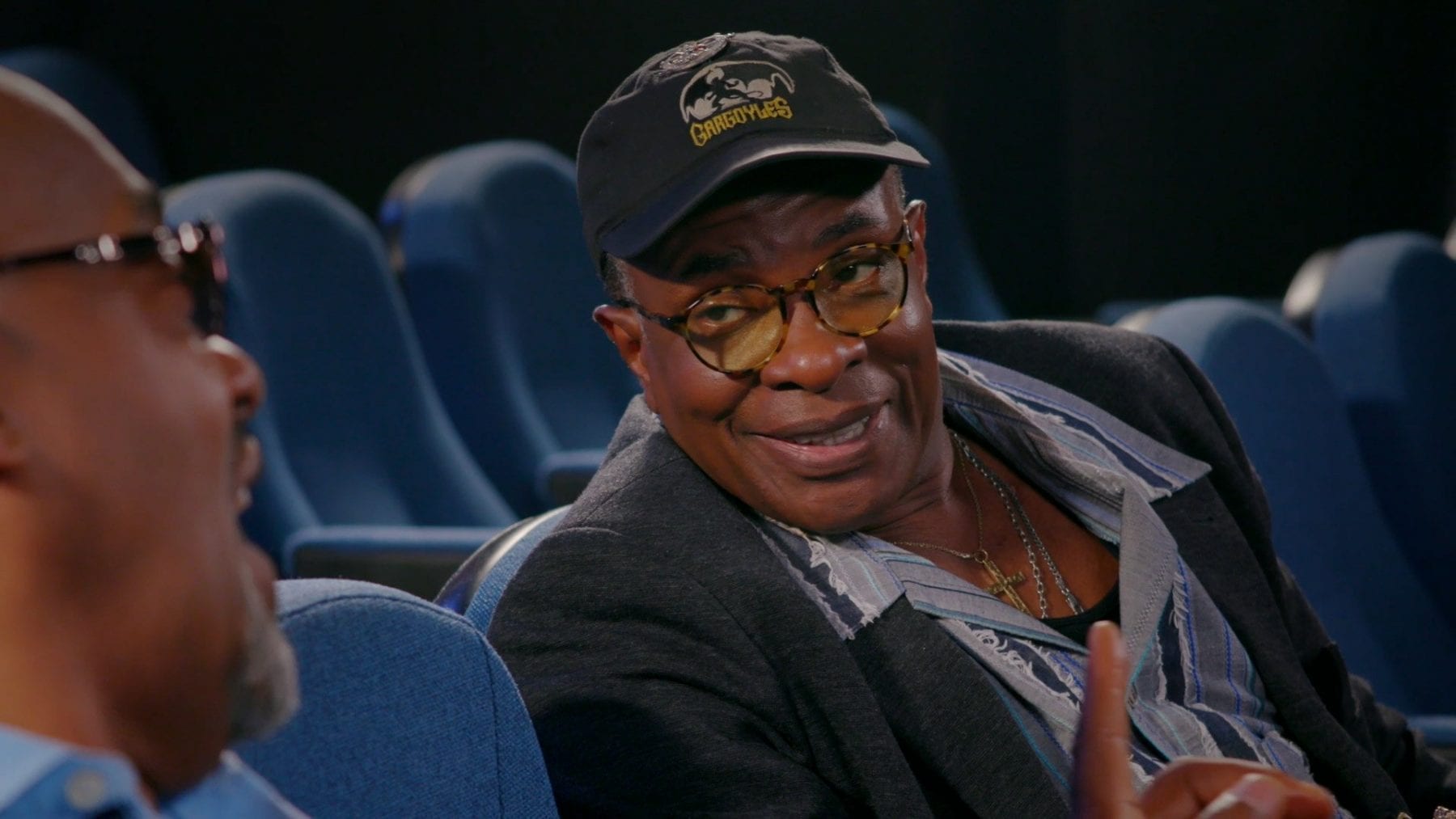 It is Horror Noire’s breakdown of Tales From the Hood’s use of horror as an empowering force as opposed to a repellent one and Demon Knight’s elevation of a black actress—in this case, Jada Pinkett Smith—into the Final Girl canon that proves things were moving in the right direction.

And that does lead us back to Get Out, where the Academy Award-winning film seemingly changed the game forever for people of color. Horror Noire treats Get Out as the next evolutionary step and all the contributors are in awe of it—as they should be. It is not only an excellent film but an important one; providing vindication after the years of struggle we witnessed from the beginning of the documentary.

It is impossible to discuss everything Horror Noire has to offer in this review, of course. Voodoo, Candyman, and the little-known horror film Def By Temptation are just some of the other subjects brought up and discussed in detail. 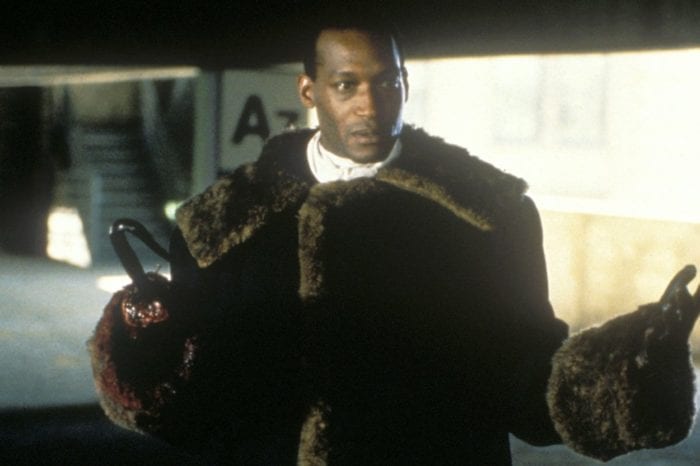 Adding commentary from folks like William Crain (director of Blacula), Ken Foree (Dawn of the Dead), Ken Sagoes (A Nightmare on Elm Street 3 and 4), as well as myriad amounts of bloggers and online historians, you get a dense and highly academic look at a formerly marginalized section of horror cinema.

Horror Noire comes with this writer’s highest recommendation. It never hurts to learn something new at the very least; if you can have fun while doing it…even better.