Rumours have started creeping around like October fog that horror movie giants Blumhouse have a new writer in their sights for a sequel to 2018’s hit Halloween. Rumour is, they want Scott Teems to pen the sequel, who has worked with Blumhouse previously on Stephen King adaptations. Blumhouse have yet to confirm officially that a sequel is in the works, but after the box office success of Halloween, a return for Michael Myers seems highly likely.

There is also talk that the 3 Strode women who survived the 2018 film will return for a sequel. We already know that legendary Jamie Lee Curtis has shown she would be up for another film depending on the creative team behind it. Perhaps she is already a fan of Teems and this is a strategic choice by Blumhouse to secure our favourite Myers hunter? 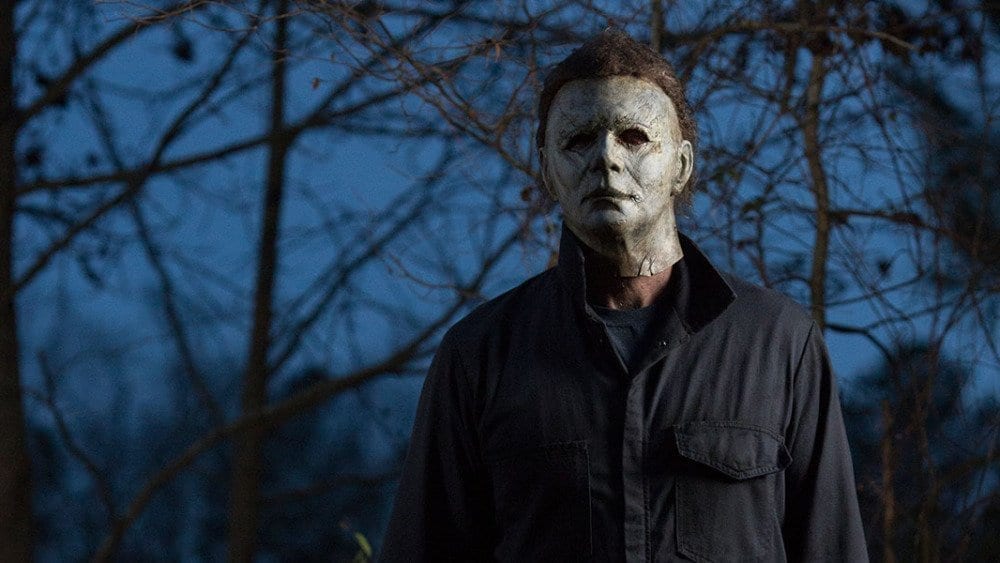 Another exciting factor for a sequel is that John Carpenter has recently indicated that he would like to work on the score, if another Halloween movie did happen. So it’s possible that before the film is even announced, Carpenter and Curtis would already be on-board. This is all speculation at this point as Blumhouse have not commented, but it’s enough to get us Halloweeen fans excited.

For me, the 2018 Halloween was just what we needed. It was almost a fresh start, forgetting the sequels and taking us back to the idea of ‘What happened to Laurie after the film?’. It gave us an alternate world where she wasn’t his sister. A world where the sequels didn’t get a bit rubbish. A world without Resurrection. And I for one am all for a world without Resurrection. This new Laurie we were given is a badass. She borders on paranoid schizophrenia for the majority of the film but we as fans know she’s not crazy.

So a sequel would be well received I think. But we would need a good explanation of how Michael Myers escaped the fire at the end. If they want us to forget everything the sequels taught us, that includes the fact that he’s seemingly invincible. He already took a fair beating in the 2018 film, he was run over, had some fingers shot off, was stabbed AND shot a few times too. But for him to escape being trapped in the basement of a burning house without a good explanation is a bit too far fetched for me. I don’t want to go all ‘Annie Wilkes’ on a half-arsed explanation, but I will. HE COULDN’T GET OUT OF THE COCK-A-DOODY BASEMENT!

We will keep an eye out for anymore Halloween rumours and news, so do not fear the Boogeyman returning. Horror Obsessive has your back.

Anthony Divers is a writer and social media manager for 25YL, and works as a team leader for a group of staff in a service centre. He loves gaming, horror movies and music. Living in the North East of England, he is surrounded by family, cats and his partner, who also works for 25YL. He believes he is the funniest man in England, and collects the souls of his defeated enemies in cute little jars. He has won first prize for the annual Valentine's poetry competition at his work place 3 years in a row, and also took the trophy for Best Wig in 2014* *no one else was judged, or indeed asked to wear a wig, but a trophy's a trophy.