If there is one thing that is evidently clear, the horror genre is in a third (maybe fourth) wave of folk horror. Films like November, You Are Not My Mother, and this film, Hellbender, are definitely interesting and solid folk horror films. The big question here though…is the subgenre getting played out? Is it becoming oversaturated? Will it have a similar experience to the hyper-produced zombie films of the mid-aughts? In short, probably not, for the fact that unlike the plethora of straight to DVD zombie flicks of the mid-aughts, these films have style, class, and care put into their creation. That doesn’t mean we’re not getting tired of them, though. It should be noted, before going further, that Hellbender is an excellent looking film, with many great aspects about it, but it starts to fall into the trap that a lot of these elevated folk horror films do and that is being beat for beat like the best films in the subgenre. 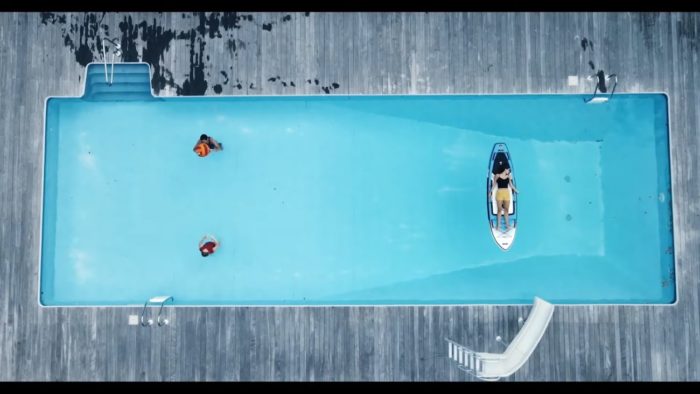 Let’s take a step back and look at what the film is about. This is a story about Izzy (Zelda Adams) and her mother Mother (Toby Poser), who live in the middle of the woods. They have been out here, segregated from the world due to a perceived illness that Mother tells Izzy she has. After meeting a new friend, which quickly turns into foe, Amber (Lulu Adams), Izzy learns that her sickness may not actually be what she has been told it is; though she may harbor something deeper and darker than the auto-immune disease her mother tells her she has. After consuming a live worm Izzy’s eyes are opened to the beginning of the true nature of her powers, which sends her on a collision course into the falling action of the script, up until a final, but predictable, emotional moment.

With that out of the way, it should be said that Hellbender is an interesting film: it looks great and is fairly engaging. There are some wildly trippy interstitials that do not mesh with the filmmaking we have been previously accustomed to over the past number of minutes, but this does a good job at getting us in the headspace of Mother, and then eventually Izzy once she finds the book. The most disturbing images come from these dream/hallucination scenes. Unfortunately, these scenes are a bit too sparse so they are greatly welcomed when we get them.

Hellbender is billed from the top as an Adams Family Film, finger snaps, and falls under their independent production studio Wonder Wheel Productions. The film is written and directed by Toby Poser, Zelda Adams, and John Adams. It just so happens that Toby Poser and John Adams are the parents of Zelda Adams and Lulu Adams. Have we ever seen a tight-knit team of family filmmakers like this? It’s honestly quite intriguing to find out the closeness of this filmmaking family. Upon research after watching the film, the acting between Izzy and Mother made a lot more sense, although there is something that feels a bit…off (?) about a mother and daughter band. I would feel just as weird about a father and son band, too. 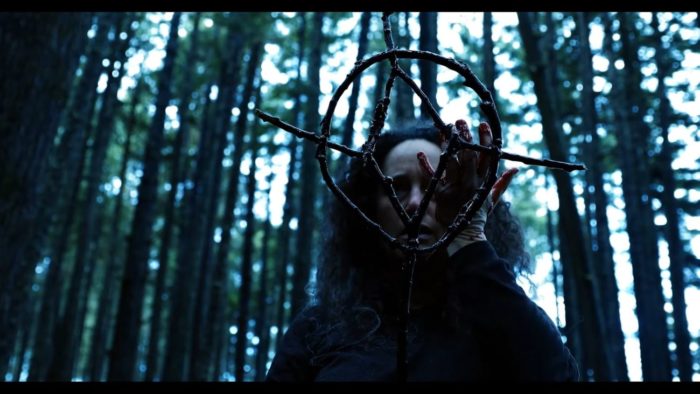 When it comes to a film like this, the cinematography is important. A lot of the horror comes from the atmosphere, and when you’re doing folk horror, you have to create a certain atmosphere to succeed. As with the majority of elevated horror films and folk horror films, a lot of the shot composition is creepy trees and up-close shots of nature. This is where the film kind of falls in line with others like it. While yes, it does inherently look nice, and chilling, a lot of the shots in this film feel like shots we’ve seen time and time again in the subgenre. That being said, it is a beautifully shot film, and maybe one of the nicest looking subgenre films, but does that make up for the lack of differentiation from films like it? I’m not too sure.

Poser’s and Adam’s acting is something to look at. Knowing that they are mother and child in real life, for some reason, made me feel weird about all of this. The acting wasn’t great, but it definitely was not bad. It felt a bit cardboard at times, but it seems like that was purposeful; the direction from Adams, Adams, and Poser is strong enough, though, to make the acting work. At times it really does shine Poser’s stage acting shines through, and there are times when she slips from screen actor to stage actor, and it’s a pretty jarring juxtaposition. Now if that was a choice then it may not have been pulled off well. I have no doubt that Poser would be a great stage actor, and could be a great screen actor, but when those two different acting styles overlap each other it ends up making for a sloppy overall performance. [Zelda] Adams, on the other hand, absolutely kills it in this role. She may seem shy and self-conscious but she has so much screen presence it’s insane. Adams, as well as Lulu Adams, are the on-screen highlights of this film.

With all that being said—and that may have seemed like a lot of negativity—there are some really great moments in Hellbender that take it from a beat-for-beat copy of films like it and make it feel new and interesting. Just because you are following a formula, doesn’t mean you don’t have original ideas in your film. One of my favorite aspects (and this is just a small moment) is when Izzy and Mother share a moment of talking about how to make simple potions like “huckleberry plus tears equals enhanced eyesight,” or “spiderwebs plus Ivy makes your palms sticky.” Something that a lot of stories about witchcraft negate to do is letting the audience in just a little bit about what is actually going on, and this was just a really nice moment of winking to the audience and giving them a slice of Izzy and Mother’s life. 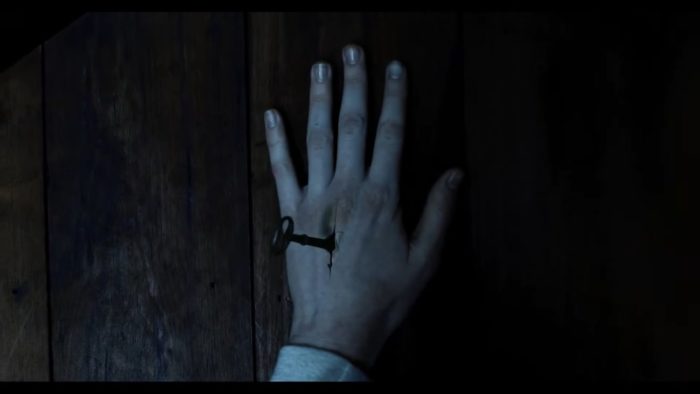 Oh, and how did I forget to mention? The music. As weird as I think it is that they have a mother and daughter band, the music is pretty great honestly. Their band, aptly named Hellbender, or H3llb3nd3r, depending on which intertitle you want to believe. The music they make could best be labeled as indie punk, but I could see people trying to make an argument to call it heavy metal, though, with just drums and bass, you’re limited as to what sounds you can make. Hellbender’s songs are about their experiences, and Izzy tries to get her unresolved emotions out through the music.

Hellbender is a film that may be a victim of its own ambitions. While yes on a technical level it succeeds as a horror film, it has the scares, the atmosphere, and the images to create wonderful horror. It’s just that this feels like a lesser version of a film we’ve seen countless times before, and films we will probably be seeing countless times after this. It is by no means a bad film, far from it, if it would have come out three or four years ago it would most likely feel a lot fresher. But now is the time for you to make your own decision!