There have been a number of supernatural films throughout the expanse of the genre that have highlighted how the love of a family member conquers the trauma of murder and the grave. A couple of favorites that come to mind are 1989’s Pet Sematary and 1994’s The Crow. The Deeper You Dig is definitely one of these movies where a mother’s love pushes her beyond the bounds of natural life and into a supernatural realm to find her daughter’s murderer and bring that person to her brand of justice.

The film introduces us to Ivy (Toby Poser) and Echo Allen (Zelda Adams), a single mother and her goth daughter who live in rural New York. The audience isn’t privy to where Echo’s father might be, and he doesn’t seem to leave much of a hole in the family as the mother/daughter team are quite happy alone even as Ivy scrapes by to make ends meet by giving fake psychic readings.

The tragedy of the film begins one night when Echo decides to go sledding after her mother has told her to stay inside because she wouldn’t be able to watch her from the bottom of the hill. As teens are likely to do, Echo goes against her mother’s wishes and is hit by Kurt (John Adams), a neighbor and driver who had a few too many drinks before heading home. We aren’t given much information about Kurt’s backstory except that he’s the kind of guy that, after running over a teenager, decides it’s better to hide the body than report it to the police. After taking the body home to figure out his next step, Echo awakens in her neighbor’s bathtub, which leads him to immediately smother her instead of letting her go home. 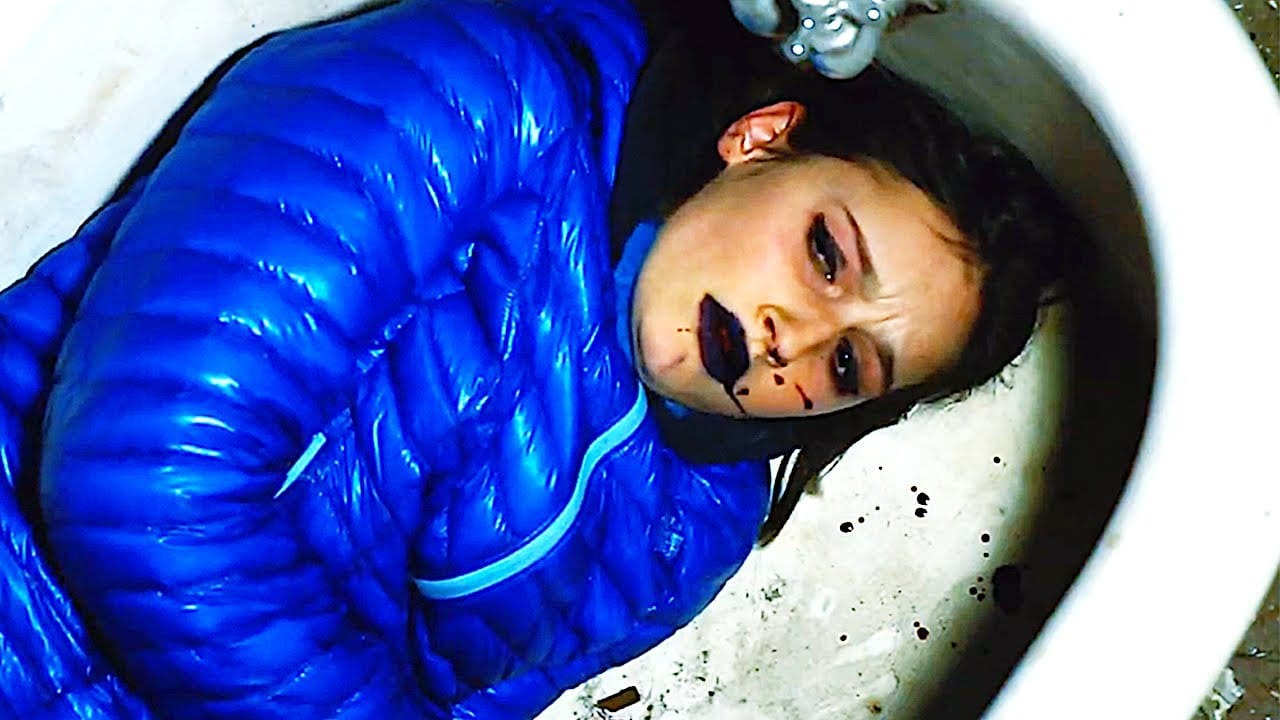 When Ivy returns from seeing a client and finds her daughter missing, she is obviously distraught and contacts the police to begin the search for Echo. While the police begin their investigation, Ivy launches her own search, and this is where things begin to get interesting.

Let me say that I loved this movie. The husband and wife directing team of Toby Poser and John Adams provide captivating visuals along with fantastic use of landscape elements, such as snow, to convey the quiet desperation and loneliness of a mother who has lost her daughter. While a low-budget film, no element was left to chance down to the fact that there is very little music or dialogue unless it serves a purpose in the story or to convey an emotion.

After Echo’s death, Kurt is plagued by the radio in his decrepit farmhouse turning on by itself and playing a song that she used to listen to while she was still topside, “After You’re Gone.” This song plays to further the story in showing that Echo is still around and is seeking vengeance. It also sets up the creep factor.

From the beginning of the film, there is the ongoing imagery of deer. In one scene, we see Echo drawing a white deer in her sketchbook before leaving the house to go sledding. Before Kurt hits Echo on the road, he is seen watching a family of deer cross from one side to the other. When Ivy goes into Echo’s room after her disappearance and finds an occult drawing in blood in her sketchbook, we see a mounted deer head over her shoulder. And again, while having coffee on her porch, Ivy sees a deer stop to look around on her land—she acknowledges it and continues to drink her coffee.

So, why a deer? The filmmakers don’t explicitly explain but we know from Greek mythology that the deer was sacred to the goddess, Artemis, and symbolizes the powers in nature that are not easily subdued. They represent instinctual energy, independence, and regeneration which stems from their antlers being shed and regrown each year. Deer also symbolize the gentle, enticing lure of new adventures and new perceptions which leads us to another interesting connection with Ivy’s tarot cards. Ivy makes mention during one of her readings with Kurt that the Hangman is one of Echo’s favorite cards. When doing a reading for herself to find out where Echo may be, she gets the Hangman card three times. The Hangman is said to symbolize new perspective and enlightenment. This could be a nod to Echo’s new perspective as a vengeful spirit or Ivy’s new purpose as a mother on a mission to find her daughter’s killer.

The name, Echo, itself is a throwback to Greek mythology and may be connected to the deer imagery. Echo is said to have fallen hopelessly in love with Narcissus, who fell in love with his own image. As a punishment, Hera deprived Echo of her speech, except for the ability to repeat the last words of another. Echo eventually faded away until all that was left of her was her voice, much like all that was left of the daughter, Echo, was her voice in Kurt’s head after her murder. 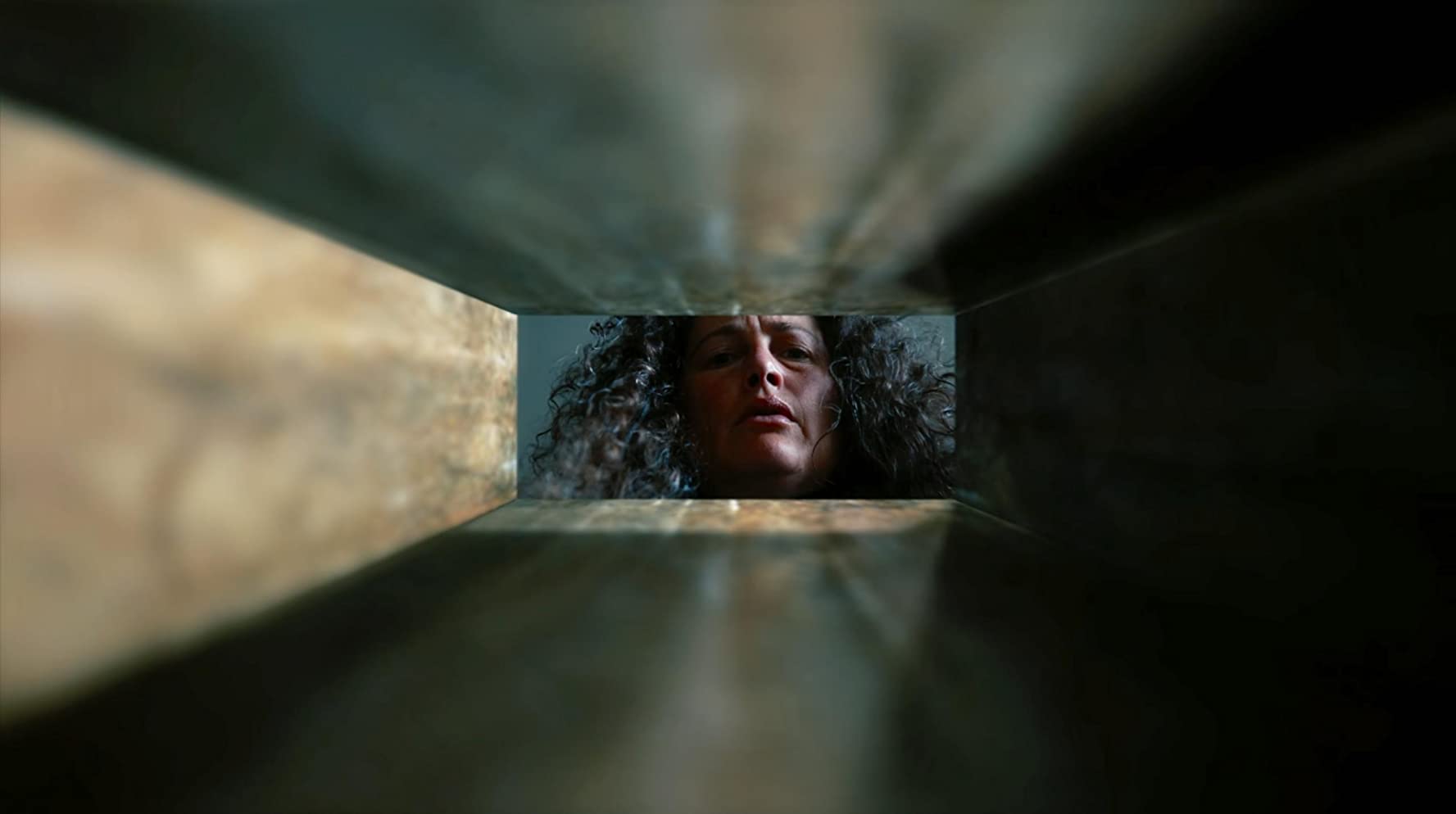 As the action ramps up, Ivy goes to a friend to learn more about the occult symbol, the Seven Circles, that she found in Echo’s sketchbook. She finds out that it symbolizes something unforgiven and locked in grief and is part of a twisted curse. She is lured into the darkness of the afterlife in her search to find out what happened to her daughter and is thereby connected to her daughter through this willingness to broach the veil between the living and the dead. Meanwhile, Echo begins manifesting in Kurt’s home, not only as a voice in his head but as a visual hallucination—a manifestation of his guilt.

Toward the end, the film goes off the rails a little for me when Ivy begins to figure out who is responsible for her daughter’s death and she is able to further communicate with Echo after accepting the curse of the Seven Circles. Without giving any spoilers, it seems that mother and daughter are fighting against each other for a bit and that seems very out of character for two such bonded people.

We delve deeper into the supernatural when Echo seems to possess Kurt in order to return to the land of the living. It is a gradual possession that somehow makes sense in the context of the film yet is slightly jarring at the end of the film. I don’t want to ruin it for you; I’ll let you decide how you feel about the wrap-up and how that works for the viewer.

The Deeper You Dig is available to stream now on Amazon Prime and ARROW.