When I first saw the trailer for Incarnation, I thought I might’ve found a hidden gem. Unlike a lot of horror trailers these days, this one didn’t have a single jump scare so I suspected that the film would be different from the forgettable mass of cliche-ridden genre films we’re all too familiar with. I decided to put it on my to-watch list, and I anxiously awaited the day when I’d finally get a chance to see it.

Starring Taye Diggs, Jessica Uberuaga, and Michael Madsen, Incarnation was directed and co-written by Isaac Walsh. It’s about a young couple who move into a new house in LA, but they soon run into money problems. As luck would have it, they find a guidebook for some occult rituals in their new home, and when they carry out a few of those rituals to alleviate their financial difficulties, their demonic patron exacts a terrifying price.

Incarnation is a very contained movie, so it doesn’t have much margin for error. It features only three characters (the couple and their landlord), and it takes place almost entirely in their house, so these characters (especially the main couple) have to carry it the whole way through. If they don’t work, the film won’t work, and unfortunately, that’s exactly what happens.

When the movie began, I actually really enjoyed these characters. The landlord wasn’t anything special (although to be fair, he wasn’t particularly bad either), but I bought into the young couple right away. They had great chemistry together, and if I didn’t know any better, I would’ve thought the two actors were genuinely in love.

What’s more, they seemed like really likable people too, so I was more than happy to spend the next hour and a half with them. I was sure they would make Incarnation an enjoyable ride no matter what happened to them, but that all changed very quickly. 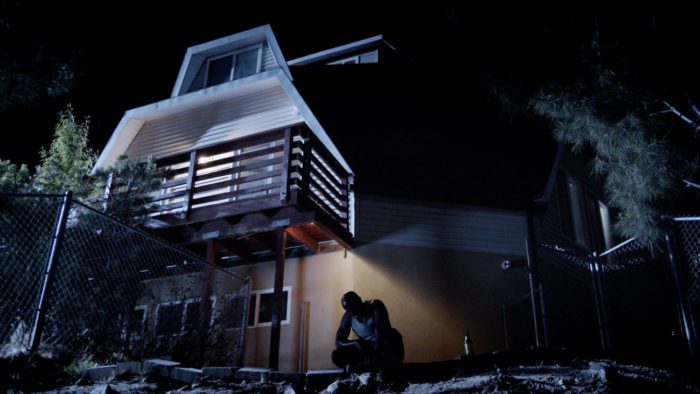 Soon enough, their chemistry began to wane, and their interactions became less and less natural. Their relationship felt increasingly fabricated, so I soon lost interest in them. Then, when they started to try out the occult rituals, they completely lost me. They accepted the efficacy of these rituals way too easily, and for me, that was the straw that broke the camel’s back.

I just didn’t believe them anymore. I became very conscious that they were characters in a story (and poorly written ones, at that!), so I could no longer view them as real people going through real problems. They lost my sympathy and my interest, and unfortunately, they never gained them back.

On top of the poor characters, the horror in Incarnation is also really disappointing. Like the characters, it too starts out really promising, but then it very quickly takes a steep nosedive in quality.

In the beginning, the film uses a cool camera technique to subtly let you know there’s something in the house watching this unknowing couple. Every once in a while, you’ll see them from the perspective of someone looking at them from a hiding spot inside the house, and I thought that was really intriguing. I love subtle horror that doesn’t get in your face and smack you over the head with how scary it is, and for the first few scenes of Incarnation, that’s exactly what we get.

In a certain sense, it reminded me a lot of 2020s The Invisible Man and the way director Leigh Whannel used the camera to quietly let you know Adrian was present even though you couldn’t see him. Granted, it’s a different technique, but it has a similar effect. It’s confident enough to let the story’s inherent creepiness do all the work, and it’s awesome. 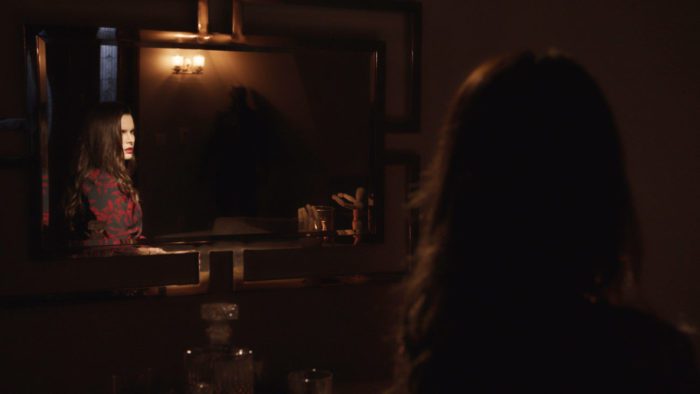 But after a few scenes of that, Incarnation changes course, and not for the better. The best haunted house movies start out subtle and then gradually amp up the scares until the third act, but this one rushes its horror. It whips out the in-your-face scares way too quickly, so it loses all the momentum it built up previously.

To make matters worse, these scares are pretty generic, so they’re not even scary. I might’ve been okay with the change of pace if the horror had been effective, but since it wasn’t, this just felt like the kind of boring, forgettable genre film I was hoping it wouldn’t be.

That being said, I have to give credit where it’s due. As the trailer promised, Incarnation is pretty light on the jump scares. It tries to genuinely scare you, not just startle you, and even though it didn’t achieve that goal with me, I appreciate the fact that it at least tries to be more substantial than a lot of its cinematic peers.

But at the end of the day, trying isn’t enough. Execution is everything, and I’m sad to say that even though Incarnation attempts to be better than your average horror movie, it simply doesn’t succeed. As a small, contained story mainly about a single couple in a single house, it stands or falls on the strength of its characters and its scares, and unfortunately, neither element is very good.

It has its moments here and there (mostly in the first act), but overall, I can’t recommend Incarnation. If you’re looking for good new horror, you’re not going to find it here, so I suggest checking out some other new releases instead, like Cosmic Dawn or A Banquet.