Few horror filmmakers are as beloved as Guillermo del Toro, and few of his movies are as beloved as Pan’s Labyrinth. It’s a dark fairy tale that blurs the lines between fantasy and reality, so it’s no surprise that the film is such a hit with genre fans. It takes everything we loved about fairy tales when we were kids and transposes it into a more mature key, and the end result is nothing short of brilliant.

But Pan’s Labyrinth isn’t just about spectacle and wonder. It has a legitimate message as well. In fact, this movie has multiple messages, but we’re only going to look at one of them here. At its core, this is a story about obedience, rebellion, and doing the right thing, and we would all do well to pay attention to those themes and take the film’s advice to heart.

The Story of Obedience 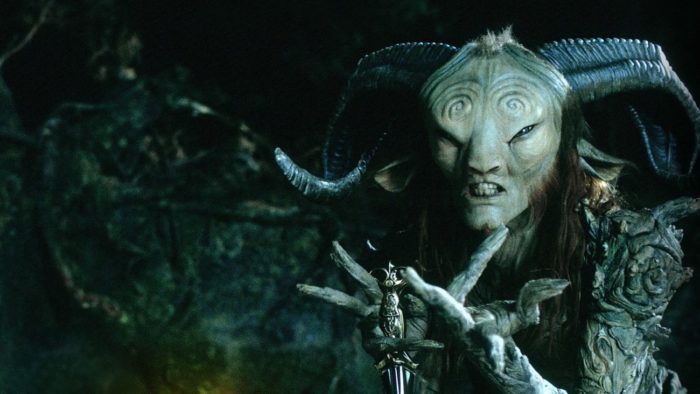 Pan’s Labyrinth is set during the Spanish Civil War, and it tells the story of a little girl named Ofelia whose mother has just married a Falangist military officer named Captain Vidal. When the movie begins, Ofelia and her mother are on their way to go live with the captain, and soon after they arrive, the girl meets a mysterious faun who reveals her true identity.

Ofelia isn’t just some random human child. No, she’s actually the reincarnation of a mystical underworld princess, and her destiny is to return to her true parents, the king and queen of that hidden kingdom. However, before the faun can take her there, she has to pass three magical tests.

At first, Ofelia accepts the faun’s instructions without question, and that setup seems to frame Pan’s Labyrinth as a very straightforward fairy tale. The main character is given some tasks to accomplish, and if she obeys her orders, she will receive a reward. Sure, she hits a few snags in the second test (and almost pays a very steep price for it), but on the whole, she pretty much does exactly what her mysterious guide tells her to. 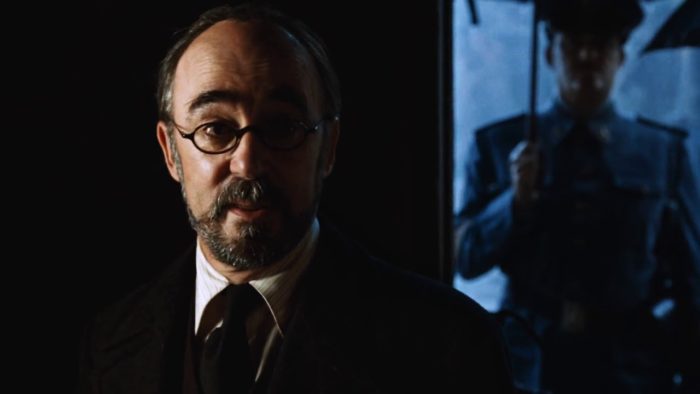 But as the story goes on, you realize that the movie isn’t actually praising the merits of blind obedience. Multiple times throughout Pan’s Labyrinth, characters disobey direct orders from authority figures, and two times in particular stand out as keystone moments that convey the true message of the film.

First, there’s an incident where Captain Vidal’s personal doctor refuses to heal a rebel soldier that the Falangist forces have captured. The captain tortures this soldier almost to death, but before he gets to that point, he tells his doctor to treat the man. However, unbeknownst to Vidal, the doctor is actually a rebel collaborator, so when the soldier asks to be euthanized, the doctor complies.

The captain is outraged, and when he asks the doctor why he didn’t obey his orders, the man responds that he will not obey simply for its own sake. He doesn’t spell out his exact reason, but it’s pretty clear anyway. He recognized that Vidal was wrong to torture this soldier, so he refused to facilitate it any longer.

This is a key turning point in Pan’s Labyrinth. It’s the first time any of the captain’s people explicitly disobey him to his face, and it turns this apparently straightforward story about the virtues of obedience entirely on its head. The doctor refuses to follow the captain’s unjust command, and if there’s any doubt that the film condones this rebellious act, we only need to look at the man he disobeyed.

Captain Vidal is the antagonist of the story, and pretty much right from the beginning, he’s shown to be a very cruel, almost psychopathic leader. He exhibits a nearly complete disregard for human life, so when the doctor ignores his orders, it’s hard not to see that as a good thing. He disobeys the villain of the story, so we pretty much have to condone his conscientious objection. (Even if you’re personally against euthanasia, the main point still stands. At most, this might just be a flaw in the specific details of the film’s message, but it doesn’t negate the more general point the movie is trying to make about disobeying unjust orders.)

And once we realize that, the true meaning of Pan’s Labyrinth begins to come out. It’s not really about the virtues of blind obedience. Rather, it uses that familiar trope at the beginning so it can turn the idea on its head later on. The film is actually about the importance of disobeying unjust orders and commands, and if we need any more proof, the climax of the story hammers the point home in a way that’s impossible to miss. 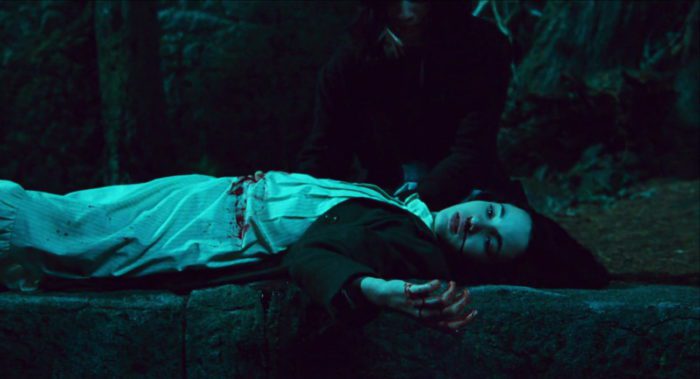 Ofelia passes her first test with flying colors, and while she hits a bit of a snag with the second one, she still basically does what the faun asks of her. However, with the third test, that all changes. The faun tells her to prick her baby brother’s finger and shed a drop of his blood in order to open the portal to the underworld, but she flat-out refuses. She will not shed the blood of an innocent, no matter what the reward may be. Even though Vidal is chasing her and will likely kill her, she refuses to harm her brother to save herself.

At this point, you’re not entirely sure what to make of her decision. Did she just give up her chance of returning to her true homeland, or did she avoid a deceptive plot to steal her soul? Given the doctor’s disobedience of Vidal earlier in the film, you might think it’s the latter, but when Pan’s Labyrinth gives us the answer, it’s actually something you never saw coming.

Ofelia was right to disobey the faun, but not because he was a malevolent trickster. Rather, the test was really to see whether she would harm an innocent, so by refusing to do it, she actually passed. By defying the faun and doing the right thing instead, she actually proved her worthiness to return to her mystical homeland, and that seals the thematic deal for us.

Ofelia’s first two tasks were little more than red herrings. The true test was whether she would do the right thing despite orders to the contrary, and since these three tests are the narrative backbone of Pan’s Labyrinth, this means that doing the right thing is the ultimate point of the entire movie.

By telling this story, Guillermo del Toro wanted to show us that obedience has its limits. Sure, there are times when we should follow orders and commands, but there are also times when we should disobey them. If authority figures tell us to do something immoral, we have to refuse, just like Ofelia and the doctor showed us in this fantastically dark fairy tale.