When you think of great horror directors, who comes to mind? John Carpenter? Wes Craven? George Romero? Those are all great picks, and I’d like to suggest another, much lesser-known name to add to your list as well: Takashi Shimizu. He created the Ju-On franchise and directed its best-known entry, Ju-On: The Grudge. That alone puts him in the horror hall of fame, but he’s recently upped his genre stock even more with his latest film to hit the English-speaking world, Howling Village.

It’s best to go into this movie as blind as possible, so if you can, avoid any and all plot descriptions you might find. Even the official synopsis that came with the trailer gives away a bit too much in my opinion, so I’m going to be really vague here. The movie stars Ayaka Miyoshi, Ryota Bando, Megumi Okina, and Renji Ishibashi, and it’s about a lost haunted town in Japan called Howling Village.

When a pair of friends manage to find their way to this place, it becomes the source of some very harrowing supernatural phenomena, so the characters need to figure out the mystery behind it and put an end to its curse. I know that probably sounds really generic but trust me, it’s not. The devil here is in the details (somewhat literally), and when you watch the film and discover those details for yourself, you’ll know exactly what I mean. 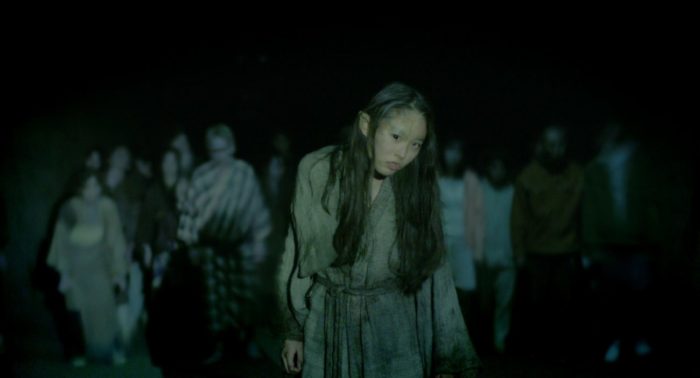 I had high hopes for Howling Village, and I’m happy to say I was not disappointed. This is a really cool throwback to the classic movies that made J-horror all the rage in the early 2000s, and it has two main things going for it. To begin, we have the scares. If you’ve seen Takashi Shimizu’s work in the Ju-On films, you know he’s great at crafting supernatural horror scenes that can get under your skin in the best way possible, and he does it again in this one.

In particular, the first and third acts of the film are full of genuinely dread-inducing moments that are just as good as anything I’ve ever seen from him. Some of these scares are subtle and mysterious, and others hit you like a Mack truck, but they’re all really effective. What’s more, Shimizu also creates a pervasive atmosphere of dread that keeps you on your toes even when there’s nothing particularly scary happening at the moment. When he really gets into a groove, you never know what he’s going to throw at you next so you can’t help but inch closer and closer to the edge of your seat with every passing second.

Admittedly, Howling Village does slow down and lose some steam in the second act. The scares become a bit generic, and that causes the atmosphere to fizzle out as well. I was even afraid this would end up being one of those movies that starts out on a high note and then quickly plummets to mediocrity (or worse), but thankfully that didn’t happen. The horror eventually picked up again and the film ended on a high note that left me a happy camper as the credits began to roll.

In addition to the scares, the story is the other big standout here. More specifically, the mystery of just what Howling Village is really all about will keep you guessing the whole way through. At first, you might think it’s just another haunted town, but there’s so much more to it than that. The place has a creepy history that I think fans are really going to enjoy, and the movie reveals its secrets at just about the perfect pace. It never pulls back the curtain so slowly that you get frustrated with it, but it also never does it so quickly that the mystery loses its power. 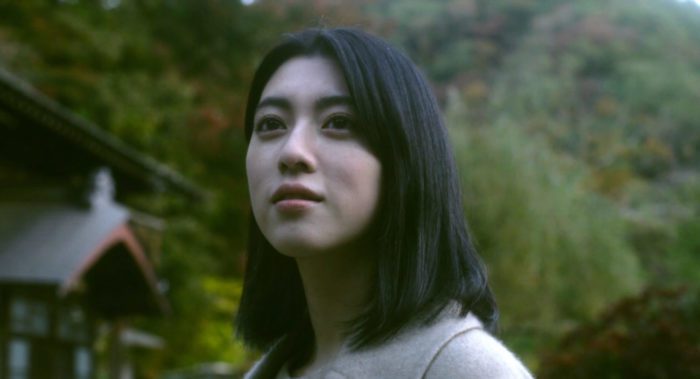 By the time Howling Village ends it will all make sense and you might even find yourself getting a bit emotional at the way everything comes together. I won’t spoil anything, but I’ll say that the story involves some great family dynamics that hit you from both ends of the emotional spectrum. Some of it is genuinely saddening, but some of it is surprisingly heartwarming as well.

All that being said, I do have to acknowledge that the story takes a slight dip in quality in the second act just like the scares do. It doesn’t decline quite as much as the horror, but I wasn’t nearly as intrigued in the middle of the film as I was at the beginning and the end. The second act is still enjoyable, and it still kept my interest well enough, but it just wasn’t up to the standard of the rest of the film.

All in all, if you’re a fan of supernatural horror-mysteries, you should definitely check out Howling Village. It has a few ups and downs, but on the whole, the movie’s strengths far outweigh its weaknesses. It has a lot of really effective horror that’s sure to keep you on the edge of your seat, and the mystery surrounding the haunted town is super intriguing. It’s a great watch pretty much all around, so if you’re looking for something new to keep you up at night, I’d highly recommend giving this one a shot.

Howling Village came out in select theaters on August 13, hits VOD on August 17, and comes out on Blu-ray on September 14.