In the third entry into the full-length features of the Ju-On franchise, we finally arrive at the first mainstream film not made for television. Production values are vivid in their quality. It is clear that Takashi Shimizu had a sizable budget for this installation of the series, yet, at its core, there is very little difference in the actual narrative construction of the story. The film, like its predecessors, moves back and forth in time without alerting the audience and the central conceit of the curse, or “grudge,” remains. 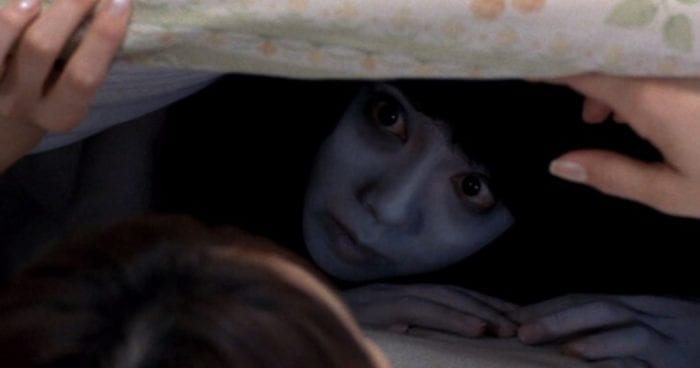 If anything changed, it may have been Shimizu’s conceptual tightness. There are elements featured in this film that stretch or break the internal rules of consistency. This normally isn’t a deal-breaker for me, yet the fascinating premise of this whole franchise is so intricately tied to the logic of the curse that inconsistencies seem to mar the meaning of the film, which, in turn, makes the whole of the experience less compelling.

For instance, a random guard at an office building is killed by Kayako simply for being in the wrong place at the wrong time. The way the curse of Kayako and Toshio works relies on those who enter the central house being killed within that house or dying at their own residence, which will then also become a cursed space that should not be entered. Yet the guard has not been in the house and is killed prior to his space being cursed, prior to the intended victim who entered the house being killed.

Elements like this may seem petty in the big scheme of things, but this is an incredibly smart concept for a horror film and the previous two films were so successful in following the internal logic of the franchise. So why would Shimizu fail in this way? Just to add another scare, it seems. A scare that ultimately was not needed and its connection to the rest of the film could have been handled with ease in more consistent ways.

Outside of my gripes with the narrative clumsiness, The Grudge ultimately enlightened me to an element of the story I am not sure I caught—or wasn’t terribly clear in the prior films. The relationship between the spirits of Toshio and Kayako has always baffled me beyond their murder. Why does Kayako do the killing and Toshio just ends up being a creepy precursor to that death? 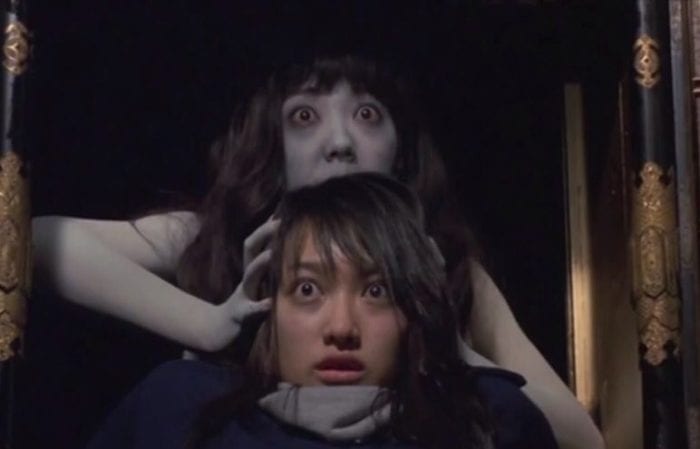 It seems to me that this connection can be explained through the lens of “witness.” In a legal context, this often means that someone can attest to the guilt or innocence of someone who has been accused of an injustice. They are, in effect, an affirmation of a metaphysical reality. This person did this thing. This person did not do that thing.

However, in a religious context, the idea of a witness tends to be more active. If someone witnesses to a person, it means they are sharing their faith with the person. They are attesting to the perceived truth of the faith and how those beliefs have affected their lives in practical (real) ways. A witness is actively stating what they believe to be true. They are campaigning for it instead of giving a simple yay or nay on the stand.

Within my own religious tradition, there are precepts and precedents around bearing true and false witness. One of the ten commandments in the Torah warns against bearing false witness and this is supported in the gospels when it says “let your yes be yes and your no be no.” Bearing witness to falsity brings more injustice into the world.

John the Baptist was a prophet—meaning a truth-teller mainly—and a “witness” to the coming of the Christ figure, Jesus, in the gospels. He was actively affirming the truth of his faith by baptizing people in Jesus’ name. This baptism, if not based in truth, would be a type of bearing false witness and so when the gospels speak of his work, they are assuming the truth of his faith. Witness is to be taken seriously. The Baptist was beheaded due to this very witness.

The non-religious or adherents of other religions are wondering at this point why there is a Sunday school lesson in the middle of this piece on The Grudge. The point is to try and make visceral what witnessing to something means. It means affirming the metaphysics of truth or the actions of another person and then taking the consequences of bearing that witness. Toshio is the John the Baptist to the coming of Kayako, his mother. He tells and warns of her presence and then affirms that which happened to him and his mother at the hands of his father. 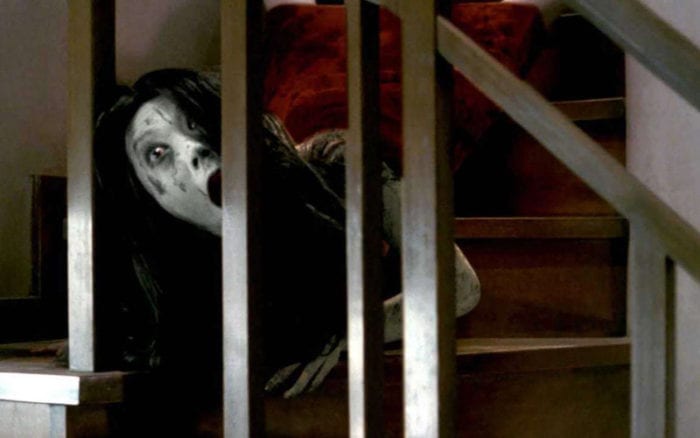 When we think of the horrors of domestic abuse, we think of women and children who are being physically harmed. Yet it is the emotional and psychological trauma of those abused that lingers on into their future. Having a witness to that trauma, to the truth of that injustice, is so important to those who have gone through abuse. It cuts through the gaslighting and the mindf*cks of the abuser and incarnates that truth for all to see and behold…and to not turn away from.

It is fitting that in every case I can think of, those who are haunted by Toshio and Kayako find their death in seeing and not turning away from Kayako and Toshio. They are seen, known, and their rage against injustice is made manifest. Unfortunately, in the world of The Grudge, the cycle of witness ends in further degradation. Their torment is manifest, but there is nothing that can make their injustice right. The witness to injustice just breeds more injustice. Hurt people hurt people.

While The Grudge does not quite satisfy on the narrative level like the first film and the last few minutes of the second film did, it is nice to see this story get a bigger budget and a nice sheen placed upon it. There is still enough going on within its runtime to make it a solid experience.