The Evil Within released worldwide in October 2014 and is a third-person survival horror video game that was released on Windows/PC, PS3, PS4, Xbox 360, and Xbox One. The game was developed by Tango Gameworks and published by Bethesda Softworks. The gameplay has the protagonist using a mix of melee weapons, using stealth, and shooting guns.

I think my biggest thing was the creepiness about the world created with The Evil Within. The villains were a mix of distorted and almost nightmare-like with some of the bosses being off-putting. Now, let’s take a look into The Evil Within.

The main star of this story is the protagonist named Sebastian Castellanos. He is a detective and one of three cops that get called to a case at an asylum. His partners are Juli Kidman and Joseph Oda. From that moment, I could tell it would be a hell of a ride after literally having no break and jumping right into the case, and when inside, things are clearly amiss as many of the cops that were there were slaughtered.

We are then introduced to Ruben Victoriano aka Ruvik, who is in fact the main antagonist in this game. Eventually, Sebastian is separated from his group and he wakes up hanging upside down in what is very similar to a Texas Chainsaw or Saw kind of vibe. This is also where we meet the Sadist, who is holding a chainsaw.

The story then becomes a blur of two very different worlds warped into each other. Making it hard to know what may happen next or what is real, etc. The psychological state blurs a bit. This is also very prevalent as the game gets toward its end. The hospital save room becomes more raggedy and decrepit. 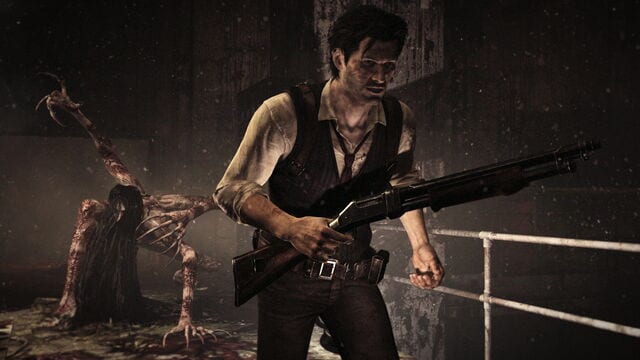 Favorite Characters From The Evil Within

Laura Victoriano aka Laura is a twisted, mutated version of Ruvik’s sister. Sadly, Laura was killed in a barn fire after the townspeople trapped her and Ruvik inside. She sacrificed herself to help Ruvik escape. The last memory Ruvik has of Laura is her blood-curdling screams. In this world, Laura makes herself known by her screams and her skin is bloody and burned as that is remembered. She can spawn from corpses—especially the ones closer to Sebastian. Laura can teleport as well in short distances and can only die by fire, which is tied into the way the real Laura passed away.

One of the reasons I like this villain was because Laura honestly did nothing wrong. She was just a memory in the world Ruvik created. She loved her brother and her love is why she died. It also made it more fitting that the townspeople in this STEM world were like creepy distorted zombies or the Haunted as they did a terrible thing and they deserved some kind of punishment.

The first time I saw Laura, her face reminded me of the girl from The Ring with the hair over the face, and the many arms and strange movements were a win for villains in my book.

Another character I really enjoyed was The Keeper. It is a man carrying a mallet and wearing gloves. His head is a locked up safe box. At first glance, he reminds me a lot of Pyramid Head from Silent Hill 2. He also carries a sack full of heads and inside of the safe box is a mass of flesh. He kills his enemies by impaling them or hitting them with the mallet. He also uses safes around the room to teleport to the area.

From what I remember The Keeper represents Ruvik’s rage, and rightfully so. He had a lot of messed-up things happen to him and I could understand why he was so angry.

Ruvik who I mentioned a few times already was very intelligent, but a bit mentally unstable. He got disfigured and burned in the fire that killed Laura. He murdered his parents and experimented on people. Dr. Jimenez betrayed him, and in turn, took Ruvik and experimented on him until there was nothing left but his brain. It made me feel for him as Ruvik, while smart, needed mental health intervention and better people around him.

Overall, as a big horror buff in every sense of the word, I enjoyed the game when it came out. While this game, for the most part, has positive reviews from actual gamers and game reviewers, most of the people I know personally did enjoy the game as well.

Some people like sports games or Call of Duty type games, but outside of appreciating games with a good story such as Gears of War and The Last of Us, I find myself pulled to games that are scary and check off the horror boxes.

The end of The Evil Within was something I didn’t care for too much. Sebastian has to fight an ugly creature that is from the subconscious of Ruvik. Once he defeats it, he pulls himself out of the machine and then takes Ruvik’s brain out of STEM. He crushes it and then he wakes up again in a bathtub, with Kidman. She tells him to be quiet and then he wakes up alone with the bodies of Doctor Jimenez and Officer Connelly. When he leaves the hospital, you can see Leslie leaving the main gates which could imply that Sebastian is still in STEM or Ruvik got out of STEM and into the real world.

While the design itself was a bit clunky, I did enjoy the background story to the side characters as well as the bits of info that pushed the main story forward. I liked how creepy the atmosphere was and how creepy some of the bosses were. I did have issues with the constant change to other scenes without warning. While it worked in some instances, it was too much at times.

I also appreciated that Clair de Lune by Claude Debussy was the song that played when you were near the save room. I love this song, and after this game, it gave the song a spooky vibe. Now, I always associate it with this game. If I had to rate this game as far as what it did for the horror genre, I would give it a solid 7. Good premise, good story, but the cliffhangers and clunkiness took away points for me. For this reason, it couldn’t be perfect for me.

More From: The Evil Within 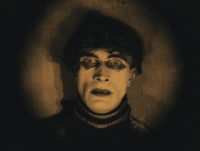