I’ve said it once and I’ll say it again, it’s incredible that horror can be so effective in so many different mediums. Films, obviously, are the main way most of us experience horror stories. Books, like the many works of Stephen King and newer writers like Nick Cutter, keep me up at night. Manga has a unique way of unsettling that is hard to surpass.

I’m always amazed at the detail and beauty of the artwork and left completely disturbed. Lots of popular horror manga (including some I will mention) have gone on to spawn anime or live-action films, although most of them don’t capture the same chills that the original works did. This isn’t to say all adaptations are bad, I just see them as a different flavor. Like how the Lord of the Rings books and movies are different from each other, but tell the same story.

I Am a Hero 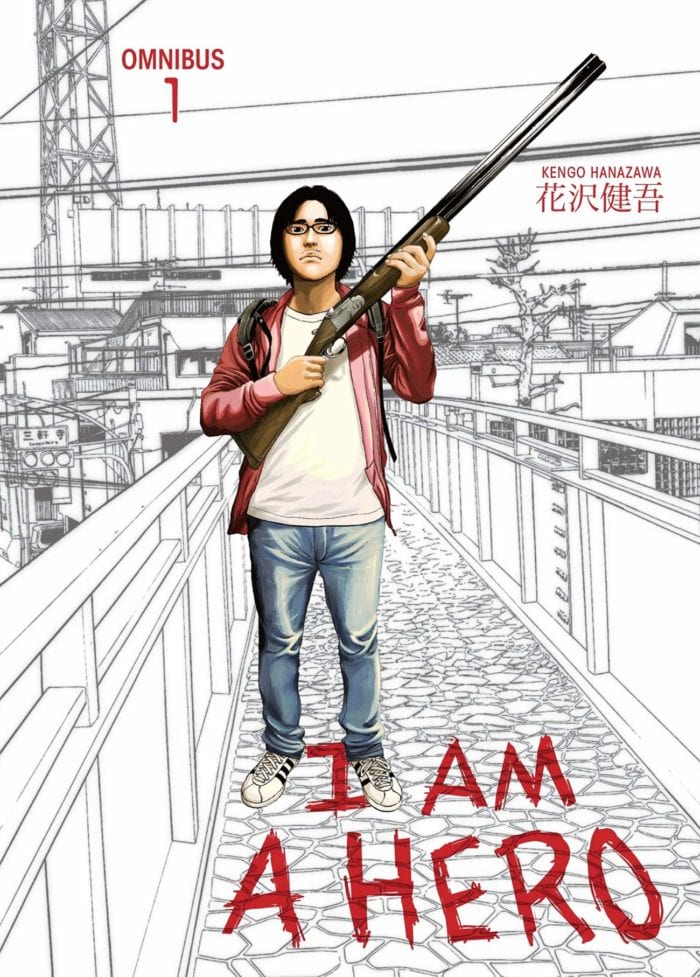 Essentially, I Am a Hero is a zombie story, but I feel like it touches on things you don’t typically see in the genre. Our main character Hideo is a bit of a wimp and even considers himself a supporting character in his own life. When the outbreak happens, his conflict between wanting to help and his own cowardice fight against each other. Also quite rare for Japan (and thankful for Hideo), he has a sporting shotgun so he’s a bit ahead of the game in the weapons department. I like that there’s a focus on how different groups deal with the zombies, especially as the story progresses and there is clearly no help coming.

The zombies themselves are extremely varied in appearance and (without giving away too much for spoilers) have a bit more to them than meets the eye. They’re fast and relentless in their pursuit of flesh. The story also has one of the most heartbreaking scenes of a character refusing to become a zombie after being infected, and taking their own life in an extremely gruesome way that will stick with me forever.

The story ended in a much different manner than what I expected and I believe this was due to the author’s father passing away and it changed his perspective and possibly made it hard to continue. That’s not a negative, things happen. Just some threads are never explained. On the other hand, though, the story has continued in different ways. There has been a live-action film as well as three spin-off series, each authored by a different mangaka and taking place in a different area of Japan. I haven’t delved into these yet but I would like to in the future! 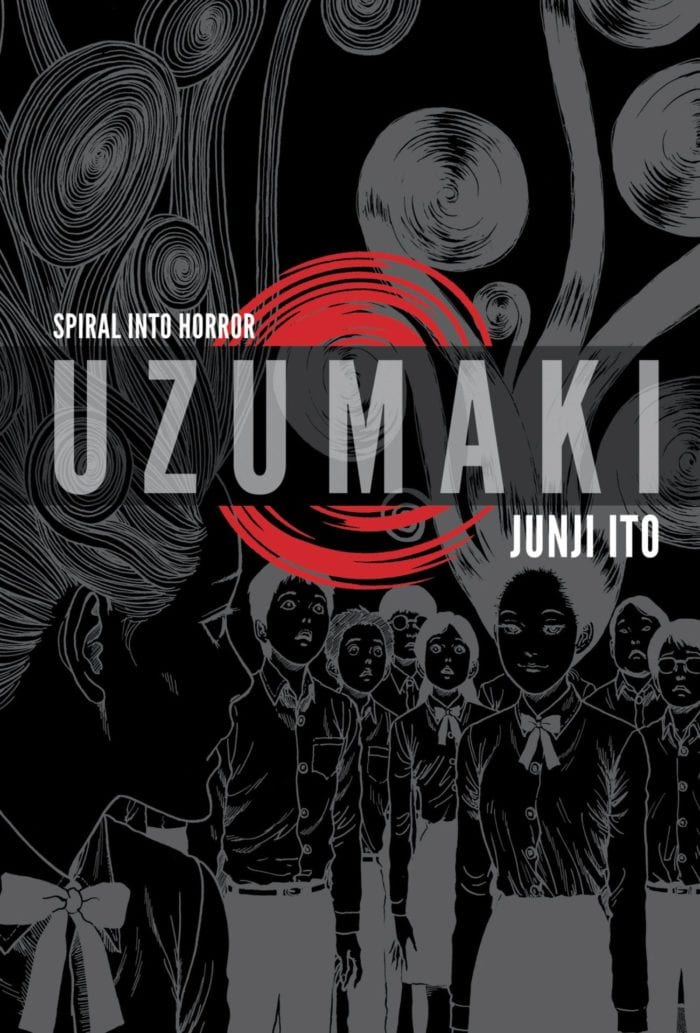 It’s impossible to talk about horror manga without mentioning at least one Junji Ito work, and while there are many to choose from, I picked Uzumaki (Spiral) as it’s a great beginning point to get into Ito’s work and one of his best. After Kirie returns to her hometown she quickly discovers strange spiral phenomena affecting the entire population, turning its residents paranoid and obsessive. They manifest in a variety of ways, from hair to snails and even bodies themselves. Things ramp up as Kirie and her boyfriend, Shuichi, decide to find the center of the spiral.

Junji Ito is an absolute master when it comes to contorting animals and people into something you’ve never seen before. It’s unsurprising, then, that his manga has reached beyond the realm of horror and into the mainstream, usually in the form of memes. You might have seen “this hole was made for me” guy or the shark barreling toward people on metal legs. I honestly don’t know how he comes up with all this stuff. He’s like the Stephen King of manga. 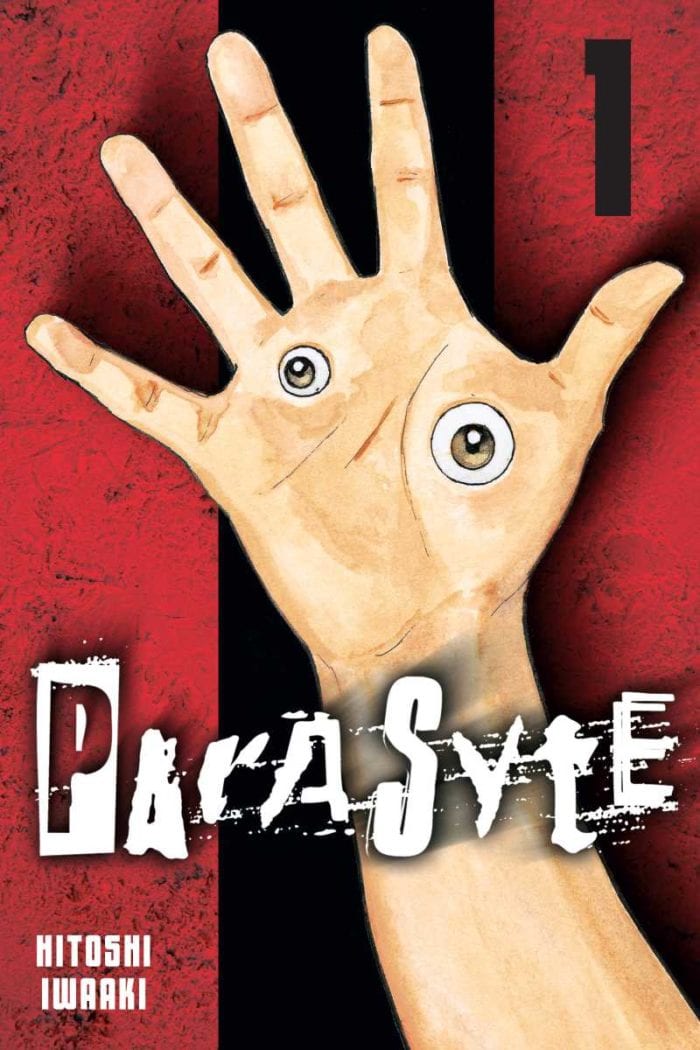 I read Parasyte for the first time as a teenager and was ecstatic when it finally became a very well-adapted anime (called Parasyte: The Maxim). Shinichi is an average high schooler when one night, parasitic alien spores fall from the sky and infect people and take them over, Invasion of the Body Snatchers style. While one is attempting to get to his brain, Shinichi traps it in his right hand and there it stays. Now stuck with “Migi” (Japanese for right), the two have to work together to fight other parasites and survive.

The horror (and fun) comes from the parasites exploding in fantastical style ala John Carpenter’s The Thing and the over-the-top fight scenes that constantly up the stakes. As well, the series explores how Migi and several other parasites attempt to understand humanity. There’s also a two-part live-action film and a few one-shot manga if you want to dig deeper into this world. 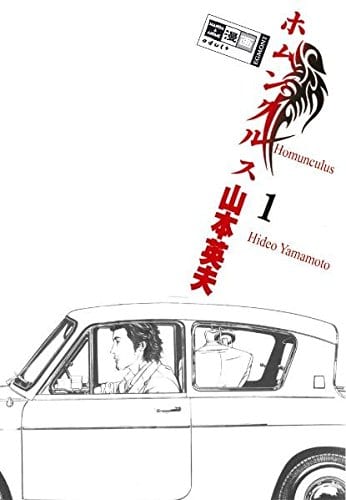 After watching Ichi The Killer (a personal favorite), I learned it was based on a manga by Hideo Yamamoto. Another of his works is Homunculus, and it is a trip. Have you ever heard of the process of Trepanation? It involves drilling a hole in the skull, which for some cultures was a way to release evil spirits, and to others a way to achieve a higher plane of thought and sight. If you were homeless and someone offered you a ton of cash to undergo such a procedure…would you?

That’s the situation in which Nakoshi finds himself. He realizes that by covering his right eye and only looking through his left, he starts seeing distorted humans or “homunculi.” Some of these represent inner turmoil or personal flaws. The designs are bizarre and varied: trees, insects, warping and stretching limbs, and even flowing sand. I was unaware Homunculus is being made in a Netflix film, due to debut in April 2021! If it’s even a fraction as wild as the manga, I will be pleased. 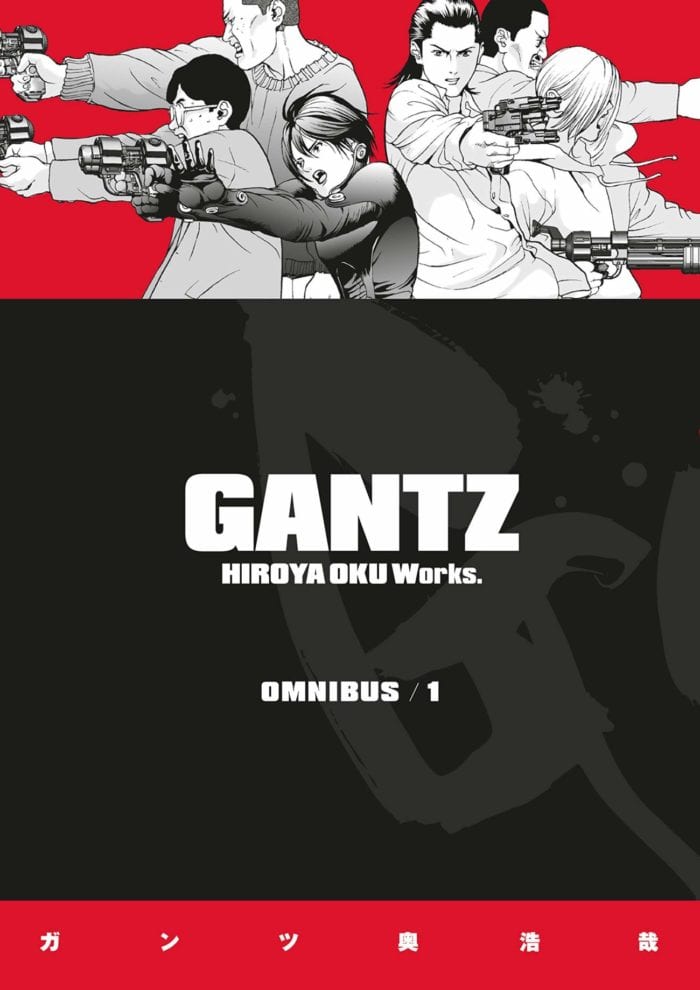 This is another popular manga you might have seen images of online: tall, attractive people wearing strange skin-tight black suits wielding plasma weapons and fighting demons. With a lot of blood and dismemberment. If you read the others on this list and thought “you know what, I like those but I would like the violence to be about 200% higher,” Gantz is for you! It’s also fairly long, at 37 volumes.

When the story begins, teens Kurono and Kato are accidentally killed while trying to save a homeless man from being hit by a subway train. They wake up in an apartment that is empty apart from a giant black sphere known as “Gantz.” From then on they are unwilling participants in a game, given the black suits (that basically give you super strength) as well as a variety of powerful weapons. They head out to kill aliens living on earth and earn points, and when they reach 100, they can choose to leave the game, gain a new powerful weapon, or revive someone who has died previously in the game.

Despite being extremely gory and at times sadistic, Gantz has become quite popular, spawning several films (live-action and CGI animated), anime, spin-off mangas, video games, and novelizations. What kept me coming back was the sheer “how are they going to top THIS” aspect. The evolution of Kurono and Kato’s friendship as they deal with the insanity of the game is also a high point. 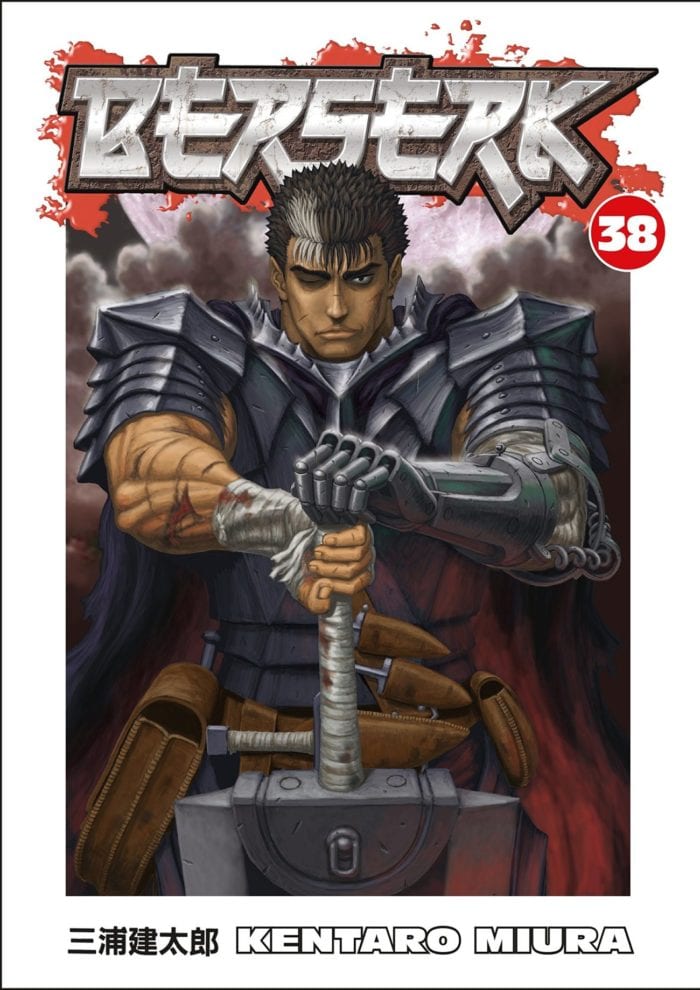 I saved my favourite for last. Berserk is one of the best-selling manga is all time for good reason. It’s an incredible achievement in a dark fantasy horror using the medieval European setting to tell the ongoing story of Guts, a swordsman who has only known violence and suffering from the moment he’s born. He’s the ultimate warrior, a towering hulk of a man with a metal hand and a sword that’s often described as “…too big to be called a sword. Massive, thick, heavy, and far too rough. Indeed, it was a heap of raw iron.”

Guts’ story is one of resilience and tragedy. Over the 30 years it’s been serialized, he’s gone through the wringer, from gaining friends and a lover to having it all ripped away from him, again and again. He fights “apostles”, humans who have become horrible demons by sacrificing what they hold closest. They range from relatable and tragic to incomprehensibly horrible. He witnesses the depths of humanity’s cruelty and keeps on trucking. Kentaro Miura has developed Guts’ character from “cool dude with a big sword” to a hero I will root for till the end.

Because it’s been around for so long, there have been many adaptations of Berserk, some of them better than others. I’d recommend the ’90s anime and the trio of movies covering the Golden Age Arc (the first big arc of the story) and if you’re hankering for a game where you get to live out your dreams as the Demon Slayer, try Berserk and the Band of the Hawk.

Note: Since the publishing of this article, Kentaro Miura has sadly passed away.