There’s something to be said for when a movie, book, show, video game, or whatever else delivers an efficient, well-told story. As much as I love the output of David Lynch and other weird stuff in that vein, I don’t always want to engage with something on the level that something like Eraserhead demands of its viewer. That being said, I do still enjoy abstract, experimental, or downright strange stories, which is why I was so eager to see the Chilean breakout horror hit The Wolf House. Now that it’s come to Shudder, it’s sure to reach a wider audience, which is a very good thing in my eyes. It’s about as unorthodox as movies get, but perhaps its best trick is that it never loses sight of the tale it’s trying to tell. Like all good movies, every frame, every camera movement, every creative decision is in service of its bone-chilling, terrifying story. 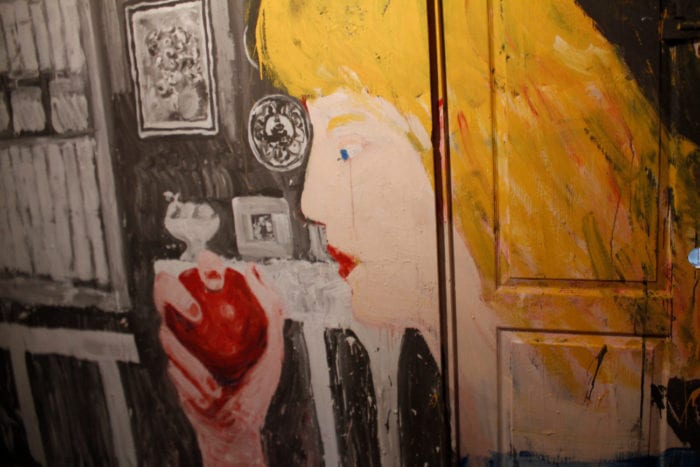 That being said, the film does demand the viewer pay attention to what’s going on in order to fully grasp its message. In many of the movie’s promotions, the plot seems to be about a young woman losing her mind. Maria is a young woman living in South America in an isolated commune, but she releases two of the commune’s pigs and is forced to live in isolation for 100 days in a house in the middle of nowhere as punishment. She finds the two pigs there and names them and starts caring for them. And, of course, things get very, very strange, particularly near the end of the first act where the pigs turn into actual children with brown hair and dark eyes.

The most immediately striking element of The Wolf House is, of course, its painfully beautiful stop motion animation. Rather than using live-action or using traditional character models like in Coraline, The Wolf House instead uses its stop motion style to show rooms and people as they change. Numerous scenes show a room barren and empty before shapes start to form. Shapes grow into furniture and people, in what I can only imagine was perhaps the most tedious animation process in the world. The effort pays off, though—seeing the eponymous house and its characters change before your eyes is never anything less than jaw-dropping to look at. This element of its storytelling by itself is more than enough to recommend the movie, but there’s much more to its power than that.

Something that surprised me is that there’s more to the premise than what the marketing would have you suggest. While Maria is the movie’s narrator for the majority of the run time, the opening is voiced by an unnamed German man. He says the movie you’re about to watch, which was made thanks to funding and participation from Joaquin Cocina and Cristobal Leon, the movie’s real-life directors, is an attempt to “dissuade you from believing the terrible rumors you’ve heard about us,” or something to that effect. This is played over real footage showing people in uniforms working in fields, and mention is made of how they harvest the most delicious honey in the world.

The movie then plays out mostly from Maria’s perspective as she spends more and more time with her “children” while living in isolation from the wolf that lurks outside. Aside from being a clear riff on the classic Grimm fairy tale, the simple line of dialogue is enough to make the viewer believe that there’s something outside that means Maria and her eventual children harm. She isolates herself due to that fear and essentially teaches the two kids that she is the only thing keeping them safe from the outside world.

There’s a scene past the middle where the two kids change. They go from being brown hair with dark eyes to blonde with blue eyes just like Maria, and the thing that really stood out to me in this scene is that she doesn’t say “they changed.” She says, “they changed into something better.” This made me recall a scene much earlier on where Maria first enters the house. She’s going through the rooms, and as mentioned above, the animation is changing constantly, moving fluidly like water, and at one point, a window starts to form. The end result is a pretty simple looking 4X4 rectangular window, but as it was forming, the way it was animated caught my eye. The lines on the pane start in the middle like a cross, before branching off in a clockwise direction. Eventually, the lines all meet in the corners, but for a very, very brief moment, the pane looked like a swastika. 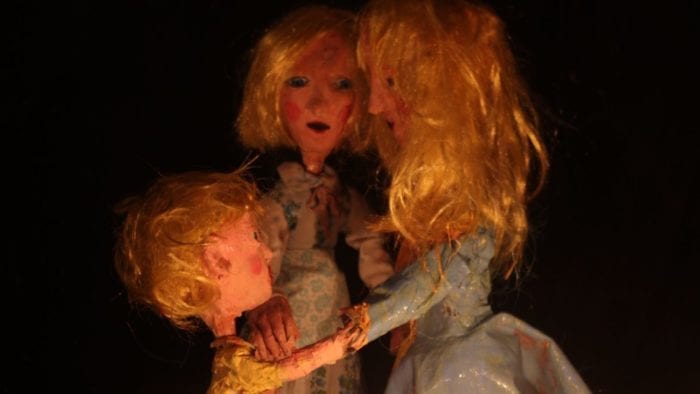 Once I reached the scene where the kids turn into blondes, I jumped back to this earlier moment and realized exactly what the movie was doing, who the German narrator was in the beginning, and what kind of commune Maria was living on. Maria, a blonde with blue eyes herself, is a Hitler Youth, and the commune she is forced to isolate herself from is a Nazi cult.

Of course, this is all painfully obvious reading the plot summary in IMDB. The blurb tells the reader that the movie is based off of Colonia Dignidad, an isolated place that almost acted as a haunted house to the locals, who were unsure of what went on there until the truth came out that it was being run by a Nazi named Paul Schafer. Here’s the thing, though: I didn’t read this blurb on IMDB before watching the movie, and I’m not terribly familiar with Chilean history. The movie was still able to communicate what kind of commune it was to me almost solely through its visuals and one line of dialogue, and this recontextualized everything for me. It made me realize what makes this a horror story.

Make no mistake; some of the imagery in The Wolf House is quite frightening, but there are no jump scares to be found. It’s all about the mood. Sometimes this is enough to be scary, but it goes the extra step by telling a story about how someone might fall into line and believe in such a disgusting ideal as Nazism. It’s a microcosm of what happens when someone is isolated and told that the way things are done where they are is the only right way to do things. See, most of the plot is about Maria raising her kids, but near the end, the food starts to dry up, and they turn on her. This is despite the fact that she raised them to essentially worship her. After all, they believe that there’s a big bad wolf outside that means them bodily harm. Maria has isolated them just as Paul Schafer and his fellow believers have isolated her.

In essence, it’s a movie that is about cults, about backward thinking people, and how such abhorrent beliefs can not only be believed in the first place but how someone can go on to spread them to others. It takes the stance that hatred of this kind is taught, not innate, and it’s a difficult thing to argue with. It gets at the very roots of fascism and hatred by way of its visuals, but the most interesting thing is that this is entirely subtext. Taken at face value, The Wolf House is a strange perversion of fairy tales with a stunning art style, but reading between the lines, even if you’re unfamiliar with Chilean history, it’s about the universal nature of hatred and how isolation can turn people into hateful, hateful things. 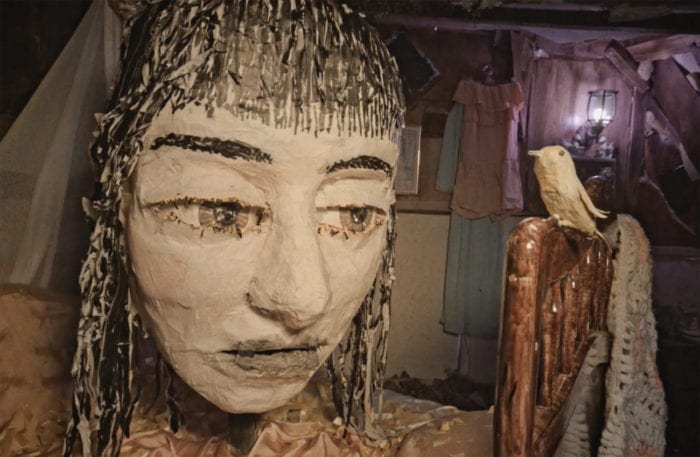 It’s a theme that feels relevant as it could ever be right now, and that’s what makes The Wolf House such an effective, horrific movie. It couldn’t have released in America in a more tumultuous time, a more contentious year, and despite the fact that its setting and story are so rooted in Chilean history, it still feels universal in an affecting way. And this is all propped up by visuals unlike anything you’ve ever seen before. It takes the idea of a fairy tale and twists its message into something modern and relevant. Which, when you think about it, is what the intentions of fairy tales were in the first place. Movies like The Wolf House don’t come along often, but when they do, they tend to hit like an eighteen-wheeler. It’ll make you feel gross in certain ways, but that’s exactly why it’s a must-see movie.

Maybe one day we won’t need fairy tales about how hatred grows and spreads, but for right now, The Wolf House is exactly the kind of movie the horror world needs.