Rosemary’s Baby was a movie well ahead of its time. Some may write it off as just another horror film to satisfy fans’ twisted desire to see evil conquer good, but that’s not at all what the movie is about. It actually contains a very powerful message for its viewers, and even though it was released in 1968, we still desperately need to hear that message today. It’s a tragic story about misogyny and abuse, and it uses the theme of the devil and witchcraft as a metaphor to explain just how insidious the mistreatment of women really is.

At the start of the movie, Rosemary (Mia Farrow) and Guy Woodhouse (John Cassavetes) seem like the perfect couple. They’re young, good-looking, and very much in love. They move into a new apartment, ready to start a new chapter of their shared life together, but soon afterward they meet their neighbors Roman and Minnie Castevet, an older couple who harbor a diabolical secret. 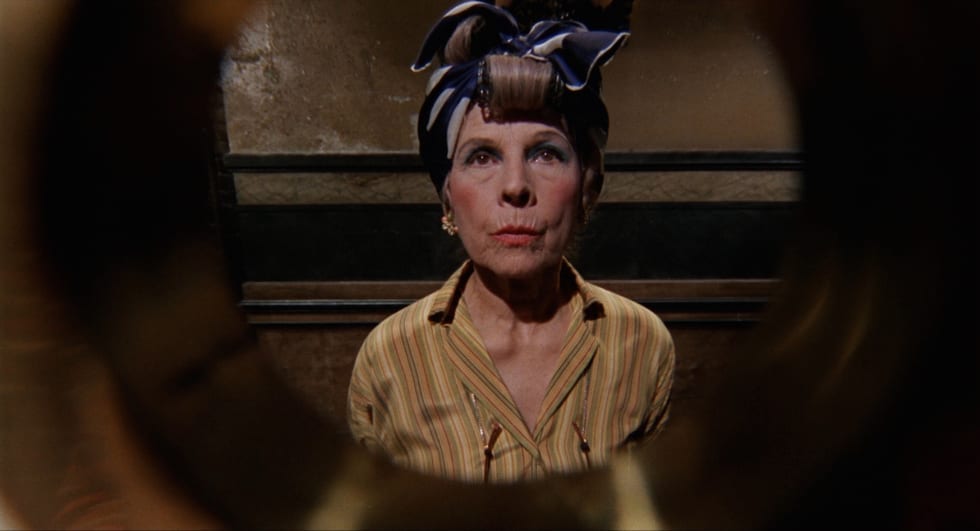 The Castevets invite Guy and Rosemary over for dinner one night, and surprisingly, Guy and Roman quickly become friends. As the film goes on, we learn that this friendship is based on more than just common interests. The Castevets are actually part of a satanic cult, and Guy has agreed to let them use Rosemary as an incubator for the anti-Christ in return for success in his acting career.

Some time later, Guy and Rosemary decide to have a baby, and one night when they’re planning on having sex, Minnie Castevet drugs Rosemary’s dessert so she passes out. Guy then takes her to their bedroom, where the Castevets show up along with the rest of their cult. They conjure Satan, and he has sex with Rosemary, impregnating her with the anti-Christ.

This is the central misogynistic event of the film. Rosemary Woodhouse is raped, and her husband just stands by and watches as it happens. He makes a deal with the devil behind his wife’s back and invites him to rape her, and he does it just so he could get ahead in his career.

By doing this, Guy treats Rosemary like an object, like property that he can loan out and use however he wants. He shows no concern for what his wife would think about his plan or whether she would consent to it. He shows no concern for her bodily autonomy or her dignity as a human being, and that’s one of the worst, most degrading things a man can do to his wife. In fact, I can’t imagine a better metaphor for misogyny than letting the devil rape your wife.

After this atrocity, Guy and the Castevets repeatedly lie to Rosemary to keep her from knowing what really happened. For example, the next morning, she wakes up with scratches on her back, and Guy tells her that he had rough, drunken sex with her unconscious body because he didn’t want to miss “baby night.” Similarly, when Rosemary finds out that she’s pregnant, the Castevets convince her to leave her doctor and see one that they recommend instead. We later find out that this new doctor is also part of their cult, and when Rosemary begins to experience strange things during her pregnancy, he helps keep their secret by assuring her that her experiences are perfectly normal.

All this simply continues the theme of misogyny. Not only do Guy and the Castevets violate Rosemary’s dignity by drugging her and inviting the devil to rape her, but they also do everything they can to cover it up and make her think nothing is wrong. Throughout all of this deception, they keep her in the dark about the truth of her baby in order to ensure that she serves their own plans. They continue to treat her as an object, as a mere means to their own ends rather than as a valuable human being in her own right.

However, despite their best attempts, Rosemary eventually figures out that something diabolical is going on, so she goes back to her old doctor for help. She tells him that her neighbors are Satanists who want to take her baby when it’s born and that her husband Guy is in on it too. He says he believes her, but he ends up betraying her trust just like everyone else in the movie. Instead of helping her, he just calls Guy and her new doctor, and they show up at his office and bring her back home.

Once again, we find the central theme of misogyny rearing its ugly head, but this time it’s a bit different. Rosemary confides in her doctor, but he doesn’t believe her. He assumes that the men in her life can’t possibly be abusing her the way she says they are, so he simply dismisses her claims and treats her like a child. He essentially thinks she just needs an adult to bring her back home, sending her right back into the arms of her abusers and leaving her helpless to do anything about it.

This scene is almost prescient, foreshadowing the modern #MeToo movement with astonishing precision. The #MeToo movement isn’t just about shedding light on the fact that many women have been abused by men; it’s also about showing us that we should believe women when they say they’ve experienced abuse. All too often, people simply dismiss these kinds of claims, but Rosemary’s Baby tells us that this is in fact another form of abuse. The film shows us that when women confide in us or ask for help, we need to be compassionate and take them seriously.

Finally, towards the end of the movie, Guy and the Castevets try to pull the wool over Rosemary’s eyes one last time. After Rosemary arrives back at her apartment, she becomes hysterical, so her doctor sedates her. She goes into labor while still unconscious, and when she wakes up the doctor tells her that the baby didn’t survive. However, she eventually finds out that he was lying to her and that the baby is alive, well, and literally the spawn of Satan. 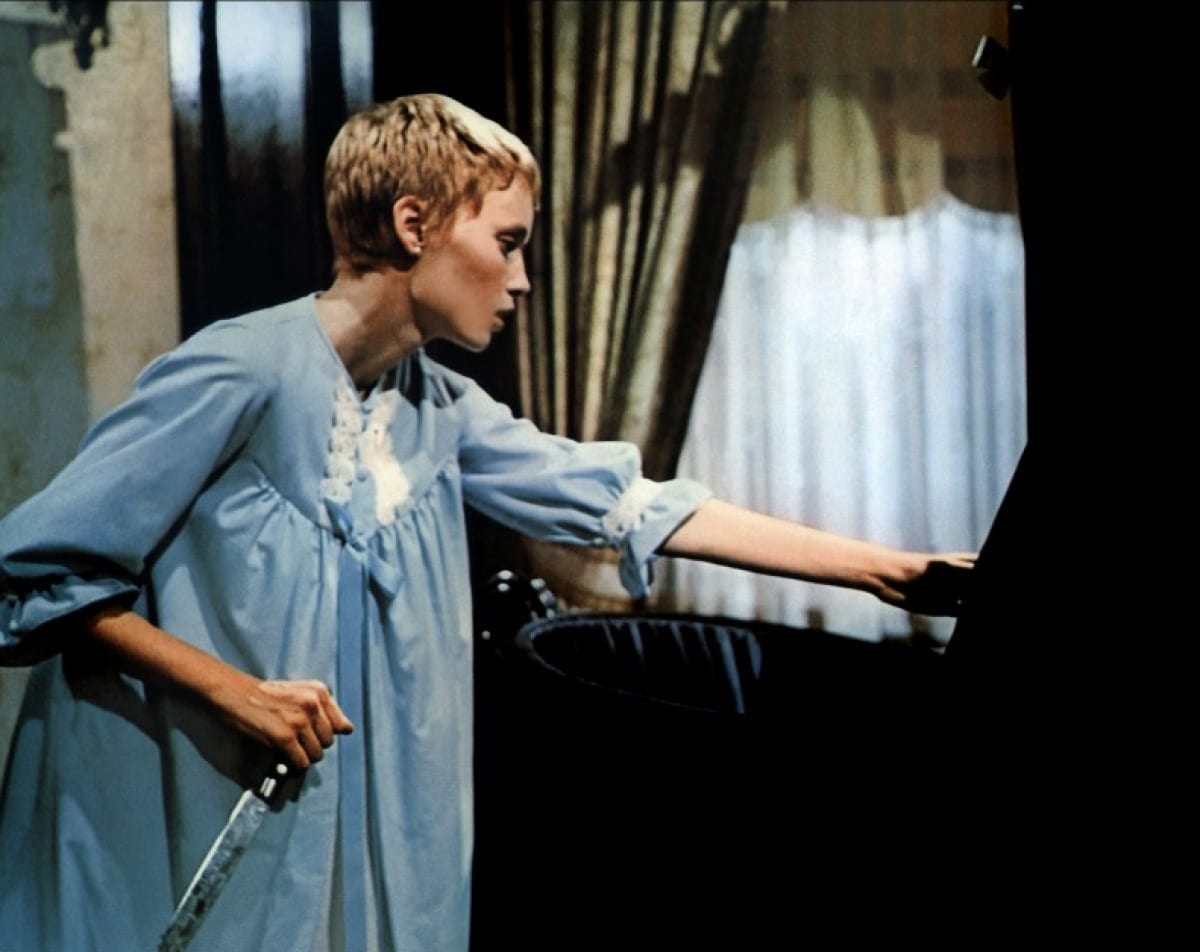 This continues the same theme of misogyny that we’ve seen throughout the film, but it highlights something we haven’t touched on yet: the satanic element. To some, this may seem like little more than a lure to draw in fans of the supernatural to see an otherwise straightforwardly human drama, but it’s much more than that. It’s actually an integral part of the movie’s message.

In addition to showing us that misogyny is evil, the film also shows us just how evil it is, and it does this by associating Guy and the Castevets’ abuse of Rosemary with the devil. That association tells us that mistreating women isn’t just bad; it’s satanic. It’s an evil of the highest order, so it’s not something we can just ignore or brush under the rug. It’s completely unacceptable in a society that claims to be civilized, so it needs to be dealt with wherever it’s found.

And that’s an important message that we all need to hear because misogyny is still a very big problem in our world today. Many women still suffer abuse and mistreatment at the hands of men, so we need to continue fighting against this terrible prejudice. We’ve made significant progress in recent years, but we still have a long way to go, so Rosemary’s Baby is just as relevant today as it was when it first came out. In fact, it might even be more relevant now. Since our society is finally starting to make changes on this front, this film can serve to encourage us in our efforts. It can spur us on to keep going, to keep fighting, and to never give up until the misogynistic horrors captured in this story become a thing of the past.

JP Nunez is a lifelog horror fan. From a very early age, he learned to love monsters, ghosts, and all things spooky, and it's still his favorite genre today. He blogs at Embrace Your Fears.