Horror anthologies are without a doubt gaining more and more popularity each day. There seems to be a definite surge in these types of films, and I’m certainly not complaining. The only issue is getting it right. Scare Package has another thing on top of that to get right—comedy. The self-aware, sometimes self-loathing nature of a horror-comedy is not quite an easy task to pin down and get right. You mix those two tasks and you have, on paper, an ambitious and very hard uphill battle.

Thankfully, Scare Package mostly gets it right on both fronts and delivers to fans of both anthologies and horror-comedies with relative success. Its commentary on several horror tropes and themes is a welcome and endearing take on the genre and subgenres. 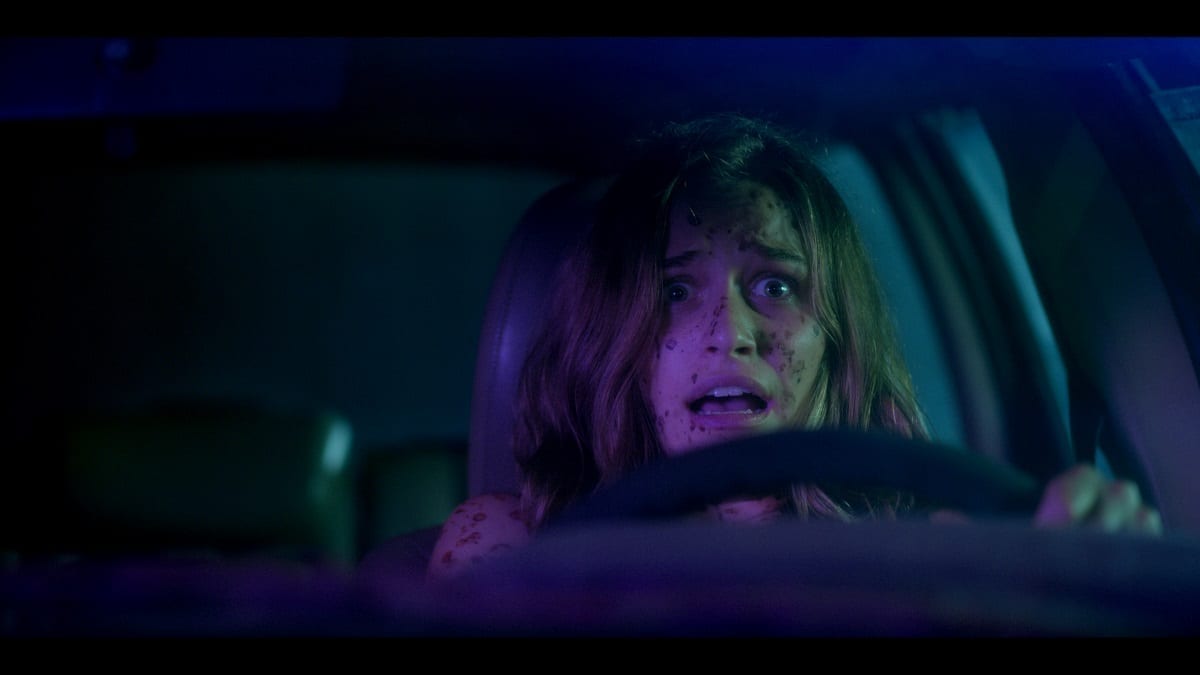 There are a plethora of shorts compiled into this Scare Package: “Cold Open” (directed by Emily Hagins), “One Time In The Woods” (directed by Chris McInroy), “M.I.S.T.E.R.” (directed by Noah Segan), “Girls’ Night Out Of Body” (directed by Courtney & Hillary Andujar), “The Night He Came Back Again: Part IV – The Final Kill” (directed by Anthony Cousins), “So Much To Do” (directed by Baron Vaughn), and “Horror Hypothesis/Rad Chad’s Horror Emporium” (directed by Aaron B. Koontz).

Now, that’s a lot, right? The good news with that is that all the directors band together to keep a solid and consistent tone throughout all of the shorts involved. They’re all sharp, concise, and are extremely fun to watch. I don’t want to spoil too many of the plots for the shorts, but the twists on the certain tropes and subgenres they cover is a riot and will leave you smiling until the next one starts.

The only downside that I found when watching was the video store scenes in between the shorts. They’re charming, but they sometimes begin to feel like the only reason they exist is to have a buffer between the shorts. That could very well be the case, but in my viewing, it sometimes threw me off course for a quick moment. Let me clarify; it’s not bad, I was just aware of it while watching.

It’s kind of interesting to take in all of the tropes being called out and parodied. Don’t worry, it’s all with love. I think that’s a very important detail to mention here—everything in Scare Package is full of love for the genre, and you can’t help but have fun with all those involved in the production. You can tell that they study, love, and have a deep respect for all of the aspects that they’re highlighting. It’s sort of like when you were a kid and you had a crush on someone. You teased them and poked fun at them, but it was only out of sheer admiration. That’s what Scare Package is to the horror genre.

I won’t go into too much detail, but my favorite segment is most definitely “The Night He Came Back Again: Part IV – The Final Kill.” You can imagine what it’s about. I’ll say it anyway. It’s essentially about a final girl that wants to finally get rid of the killer that’s been following her and killing all of her friends/boyfriends. She uses every method you could potentially think of to try and get rid of this killer for good, but like it’s titled, he keeps coming back. It’s hilarious and to-the-point. The way all of the friends talk to each other is very ’80s slasher influenced and is such a love-letter to slasher films as a subgenre. I won’t say any more, but just know that this one and “One Time In The Woods” are my definite standouts.

Other than the shorts, the third act is really where Scare Package shines the most. The segment is called “Rad Chad’s Horror Emporium: Horror Hypothesis,” and it has a very Cabin in the Woods approach. It’s chock-full of references, stereotypes, and tropes. It encapsulates that ’80s horror feel that I know a lot of fans crave when they see the campiness that this movie showcases. Speaking of the campiness, it’s completely caked onto the DNA of this film. That’s not a bad thing at all—in fact, that’s what makes Scare Package so charming in its presentation. I love to watch a movie that doesn’t try to be anything other than authentic, and that’s exactly what we have here. The way they treat the shorts, the storyline in between the shorts, and most importantly, the special effects, is nothing short of genuine.

The commentary on all of the tropes is not completely original, but it’s honest. The honesty of this movie plays a big factor in why it all works so well. It just feels like an adult version of Goosebumps mixed with Tucker and Dale vs Evil. I couldn’t shake the feeling of Goosebumps that I felt throughout the duration of the watch. I love Goosebumps, so please don’t take that as a knock; it’s the complete opposite. To emphasize my adult Goosebumps comparison, there were a few moments that I got completely lost in the gore and makeup effects that were expertly done. They both had that classic ’80s/indie mix that can only add to the enjoyment of the film.

Adding to that, in the “Horror Hypothesis” segment, there’s a little surprise for horror lovers that made me audibly cheer and giggle like a child. That portion of the movie as a whole is the biggest takeaway for me. It’s so well done, it’s so well-acted, and it’s so well directed that it blows my mind. I never wanted it to end. 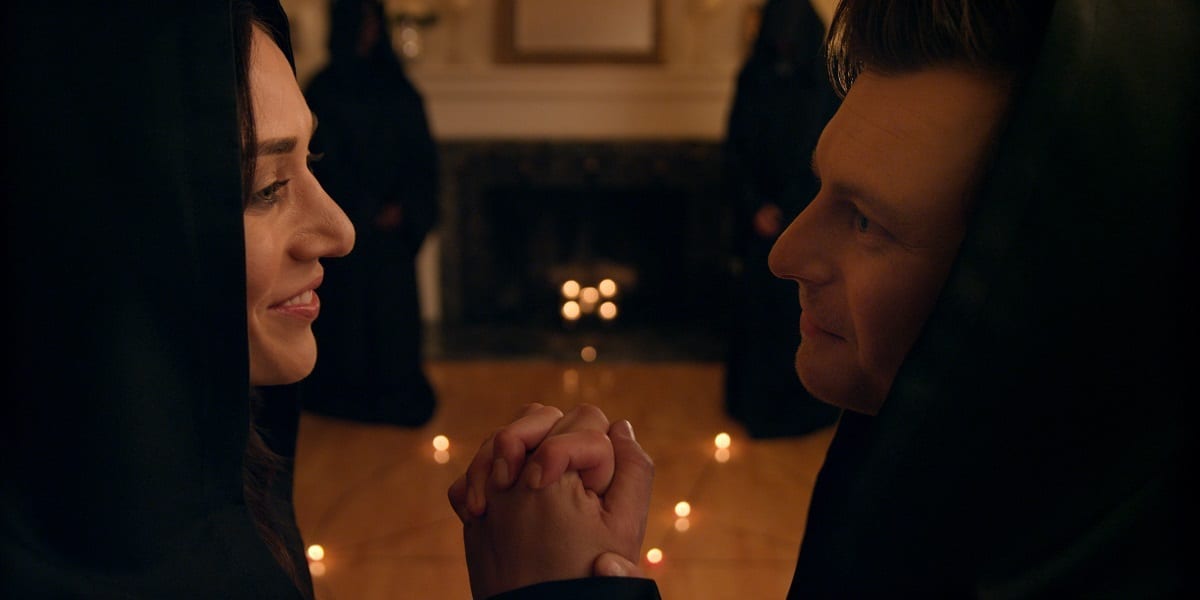 All in all, Scare Package is a fun and charming love letter to the horror genre that any horror fan is going to be infatuated with for years to come. While not scary, the gross-out nature of the special effects can genuinely make you cringe. The fact that it has no major actor/actress in a role here makes way for an incredible bevy of talent to get an equal share of the pie. There were times that I found myself laughing out loud from all of the little easter eggs thrown into the dialogue and into the scenes themselves. Keep your eyes peeled, you’ll catch quite a few of them, and trust me, it’s worth a rewatch to catch some more.

It never starts to feel like a chore while watching. The little over 100-minute runtime flies by before you even know it, and you’ll be clamoring for more. It’s smart, it’s witty, it’s fun, it’s everything that you’d possibly want in a great horror-comedy anthology.