Plenty of horror films boast the experience of “entering the mind” of a murderer. It’s a common claim that lets the artistic and tactless alike puff out their chests and declare themselves the definitive window into the psychosis that drives one to kill. Films like John McNaughton’s Henry: Portrait of a Serial Killer and Lars Von Trier’s The House That Jack Built leap to mind, their guns loaded and knives sharp. However, as early as 1983, in unassuming Austria, Gerald Kargl made Angst and gave the definitive peek inside a killer’s mind.

The film follows K (played by Erwin Leder), a paroled criminal determined to kill again. The story beats line up loosely with the crimes of Austrian mass murderer, Werner Kniesek. Particularly the massacre of a family of three in their own home. It’s a simple enough plot, a basic black outline in which the film splatters wanton colors with an artistic flourish. This is one of the reasons I keep coming back to horror. Few other hamlets in cinema country seem as inventive and improvisational in their treatment of basic stories. Like different instruments playing the same song, something as generic as a home invasion can become an exploration in sight, sound, and kinetics. 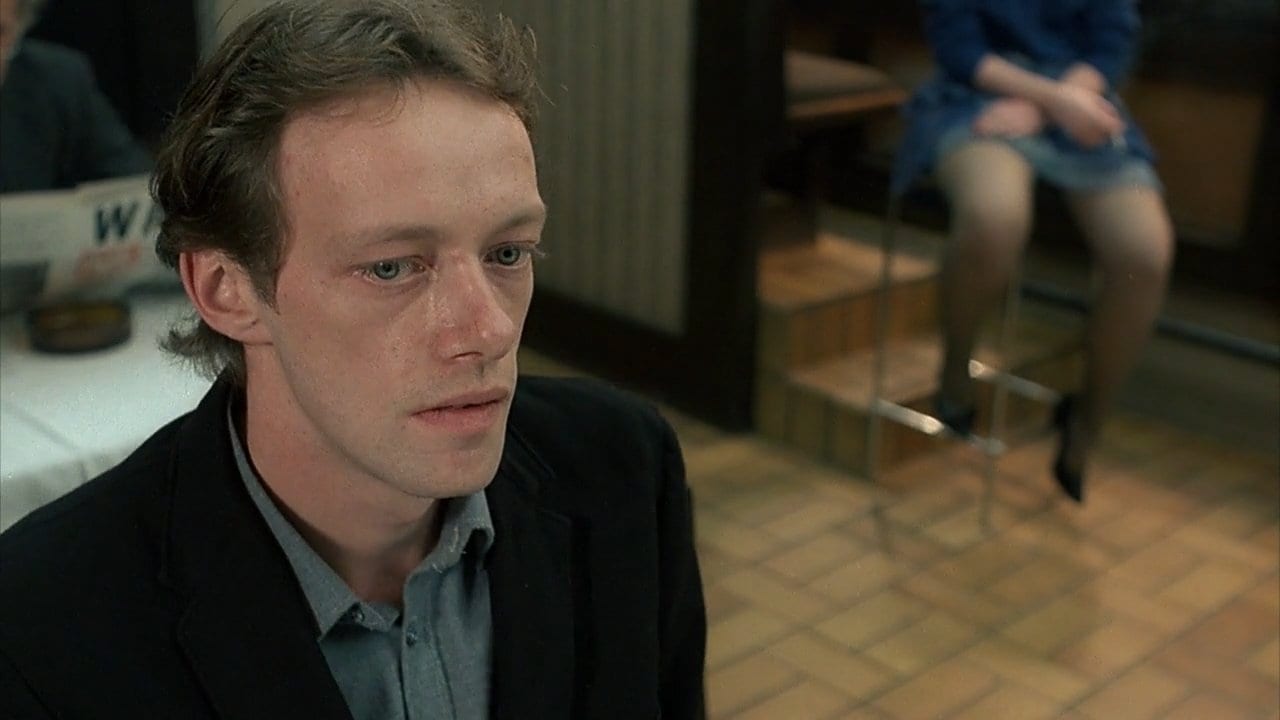 Angst as a psychotic case study

Shudder’s version of the film includes its somewhat stilted opening sequence: a slideshow-esque retelling of K’s harrowing life story. While the added context is appreciated, it slowed the momentum of an otherwise non-stop film. The sequence walks us through K’s life, his mother, and his relationship with a much older prostitute. It also explores his burgeoning interest in sadomasochism, all through brief interruptions over a solid black frame. We understand this psychopath, the ingredients that baked together to crust over and become a man who lives for blood. Then, the film unleashes him on the world, and on us.

With an aggressive, percussive score, the atmosphere of Angst creates a palpable tension between the world and K’s perception of it. We never truly settle into this depraved new world as we do in Henry or Jack. Angst actively steals our sense of security with frantic camera work and jarring sound design. One moment every action and diegetic sound shrinks inside an ice-cold bath of loud drums and furious synth. The next moment is absolute silence save for the clicking of K’s shoes. Shot composition exercises absurd juxtaposition akin to Argento’s Giallo, the dripping water in K’s prison cell against the sky above the prison. 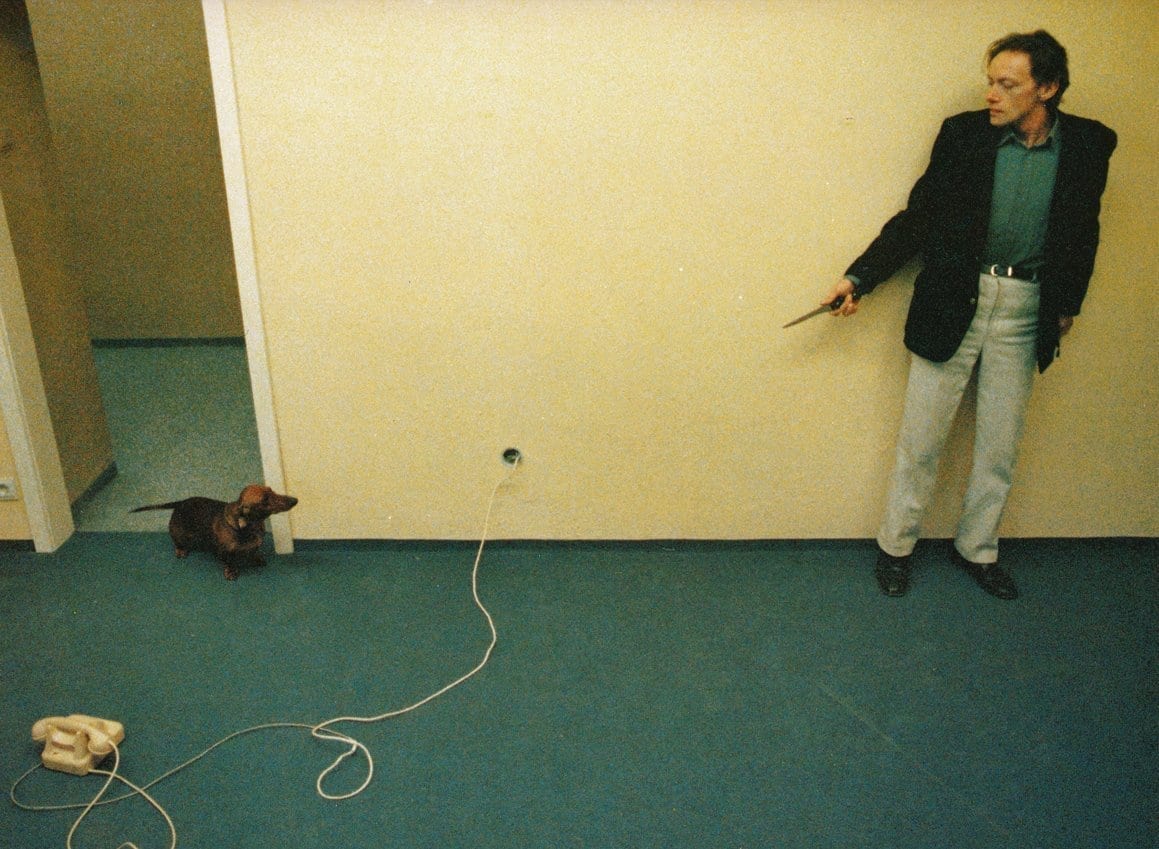 Angst as a Character Portrait

We spend the film with K, and any less capable actor would crumble under that pressure. Thankfully, we have Erwin Leder, who practically vibrates with a constant current of rage, excitement, fear, and revulsion. His bulging eyes and perpetual motion evoke a hungry rat, scurrying and sneaking around the house of his soon-to-be victims. His lines are entirely in voiceover, anchoring us deeper and deeper into the warped world of K.

The murders in Angst transcend their dated gore effects by virtue of their frenzied brutality. K stabs, strangles and shoots with animalistic glee. His bloodlust reduces him to an animal, grunting and wheezing, feral. It’s a startling look at an irredeemable killer.

Most interestingly, however, is the world through K’s eyes. While Leder’s voiceover guides us, Kargl and his camera focus our attention, snapping us again and again into a new perception. Women become jarring closeups of lips and thighs; a meal becomes the sheen of grease on K’s lips. Most prevalent, however, is the unshakeable feeling of fear. Angst, in the German language, means fear, rather than the existential ennui it denotes in English. K seems puppeteered by his fear. 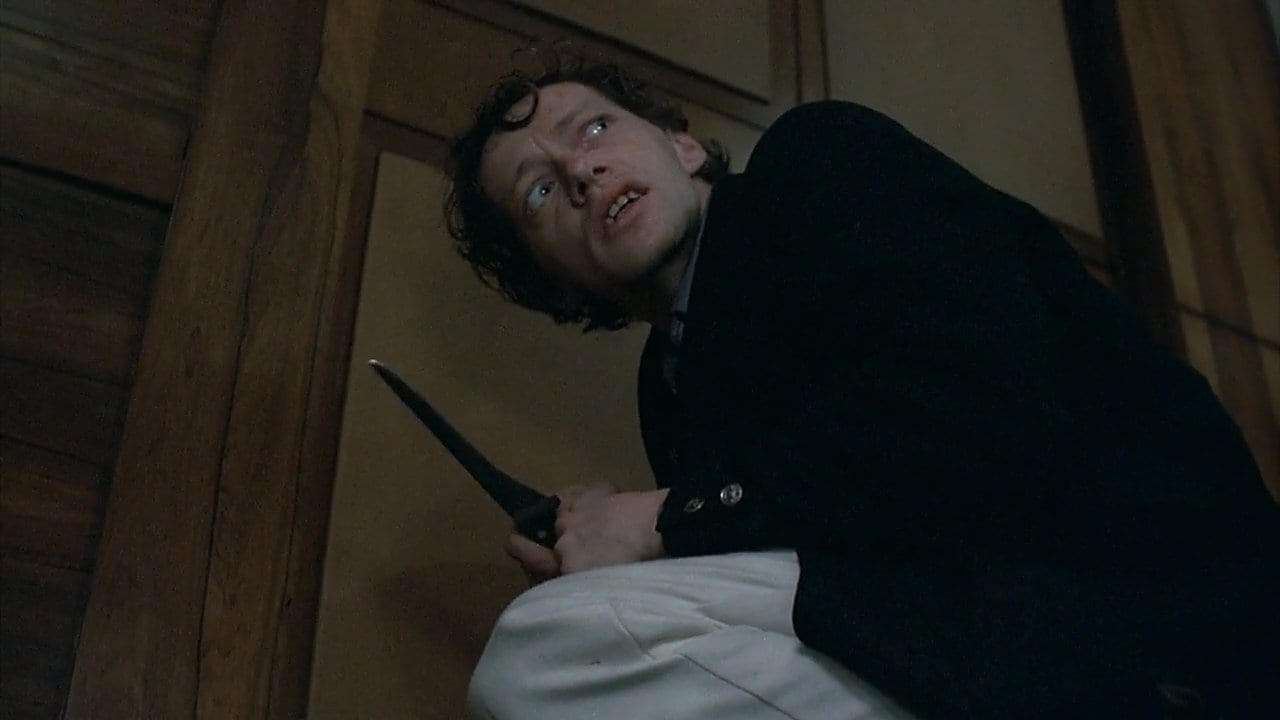 Angst as a mirror for the horror fan

An interesting angle for a horror film, targeted towards an audience obsessed with the dance between fear and exhilaration, Angst is better for it. The film follows K, a slave to his craving, as he chases shadows and spectacles of his own fear. In a similar fashion, we follow K into our movie theatres, our TV screens, and our laptops in search of similar, albeit safer, thrills.

There’s no intellectual high-mindedness with Angst as we find in The House That Jack Built.

Nor is there the calm disregard for human life we see in Henry: Portrait of a Serial Killer.

There’s only the animal, man, and the lengths he will go to find and face and overcome his fear of the darkness within. There’s only the beast that bays for blood atop the hills of our hearts. To watch Angst is to see the beast, to feed it, and, hopefully, remind ourselves never to yield to it.

Perfect Double Feature with the perfect distillation of the conversation started with Angst, an unflinching and gleefully depraved 1992 hell-ride. I mean, of course, Man Bites Dog directed by Rémy Belvaux, André Bonzel, and Benoît Poelvoorde.