Pretty Little Liars: Original Sin has, as I have said many times, continued to be a surprising and enjoyable slasher series, though there have been moments where it devolves into straight-up teen high school drama. That’s not a negative for the show, since that’s what the series seemed to spawn from; those moments do pull me out of it a little bit. Episode 5 “The Night He Came Home” is pure slasher homage, and feels like a brilliant first act and a half of an hour and 45-minute long film. Chock to the brim with homages, that don’t feel played out or overly trite, we get more interesting looks into whatever weird game Mouse is playing with Steve, though it seems to be a red herring for something else.

Oh, and before we get into it I think it’s necessary to take a look at the title of the episode, and what I think one of the main twists will be. Well, it might not be a twist as it seems pretty obvious…but with how much of a proponent Tabby is for, as well as the creators as a whole, breaking the mold of what horror [and film] can be, it would make sense that the killer is a woman, right? Or are we going the Scream route with two killers? OR will the killer end up being a male and end up acting as a commentary on the genre/world? I have my theories, it just doesn’t seem like we’ve gotten too many accurate context clues. We keep getting thrown so many red herrings and random harbingers of doom that it feels like the showrunners are trying to keep things a little too vague.

Episode 5 “The Night He Came Home”

As is the running theme with this show, we start with a flashback to Halloween ’99, where the group of girls talk Angela into throwing a bag of dog feces at someone’s house before driving off and leaving Angela at the will of the random homeowner. If the idea of the showrunners is to paint the five moms in a bad light, they’re doing a great job of it. Granted just because you were a jerk in high school doesn’t necessarily mean you’re a bad person and that you haven’t learned from it…but my god are they terrible. The flashbacks we have been getting, if anything other than providing what the respective mother will have to deal with in regards to A’s wrath, just make us feel worse for the Losers Club; they are getting thrown headfirst into this terrible storm of events because of actions their mothers have made. 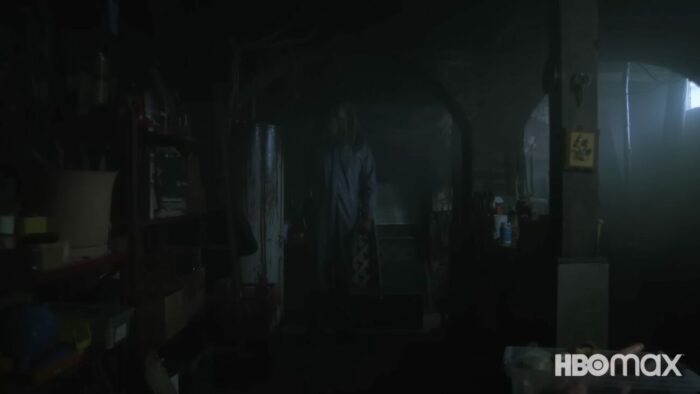 The Losers Club goes to Imogen’s house to search for clues about Angela and A. Tabby has a very meta moment when she goes down the, as previously stated, cliché creepy basement stairs when she says, “I’m a final girl.” Nothing much comes from this scene besides Faran finding burnt pages from her mother’s diary, presumably the pages that were ripped out of the one Imogen found.

Later on, Henry meets with Faran to tell her he gave “Kelly” the foot massage she mentioned and that she DOES have a scar on the foot that matches where Karen got cut with the razor blade. Though, again, this seems like another red herring. Both Henry and Madame Giry both mentioned to Faran that “Kelly” has a history of self-harm. It’s interesting how hard the showrunners are trying to keep this subplot as vague as humanly possible. The mystery is fun, but it feels like they should either be bolder or pull back on it a little. It feels like they are not taking this subplot too seriously and it feels almost like a rewrite to add extra intrigue. The idea of it is fantastic, there just needs to be more effort put into it.

Imogen decides the best way to get the money to start paying off the money owed on the house is to throw a house party. I didn’t get invited to parties in high school so I cannot comment on if that is a lucrative idea or not. Mouse and Ash have a super cute moment where they decide to meet at the party together. The Mouse arc does a good job of toeing the line between teenage rebellion and want for autonomy. Due to Mouse’s past, it makes sense (so far) why her moms are as protective as they are, but it comes to a point when overprotection could easily harm Mouse in the long run. 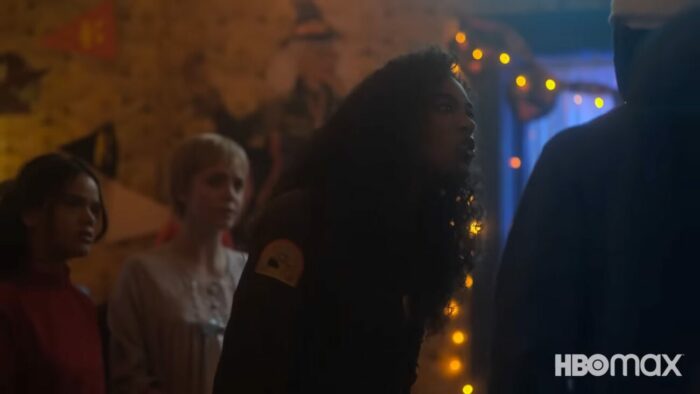 October 31, it’s Halloween! Honestly, this whole party scene has a lot going on and it’s pretty intense. Tabby has an awkward moment with Tyler where she tries to get information out of him from the bonfire party with the incident. At this point, we see that A is at the party, where they go down to the basement and put on a creepier version of the Silver Shamrock pumpkin mask. One of the most overt references we get is when A walks through the crowd of drunk kids with the Michael Myers POV shown through the eyeholes of the mask. It’s a wonderful shot, and with all of the obscure costume references, it is one of my favorite shots of the entire series to date.

While the party is going on, Mouse is running late due to them going to dinner and trick or treating. Again, this whole relationship is absolutely wild and is the only time I would side with her moms if they got angry at her for something. I’m sure this relationship will make sense, in the long run, it’s just such a weird and interesting arc.

Mouse finally makes it to the party, takes edibles with Ash, and they finally kiss! So happy for them. That’s not the only headline kiss of the night, because Greg and “Kelly” kiss, and Faran notices. I’m sure she won’t say anything. Right? Wrong. She confronts “Kelly” and it’s just as awkward as you would expect. Very shortly after that Tyler continues to be a creep and calls Tabby out for not letting him sexually harass her friends. After having enough of his bullshit she clocks him right in the nose and it is epic. While seeing Tyler get punched is a great moment, it doesn’t feel like it’s enough for his character. Thankfully it’s not. Accompanied by a fantastic metal cover of Monster Mash by Leo Moracchioli, Tyler gets his face slammed into the wall multiple times by A before getting strangled while dangling in the air. His body may be big, but the whole idea of A dangling him in the air to kill him really compliments his frail ego. 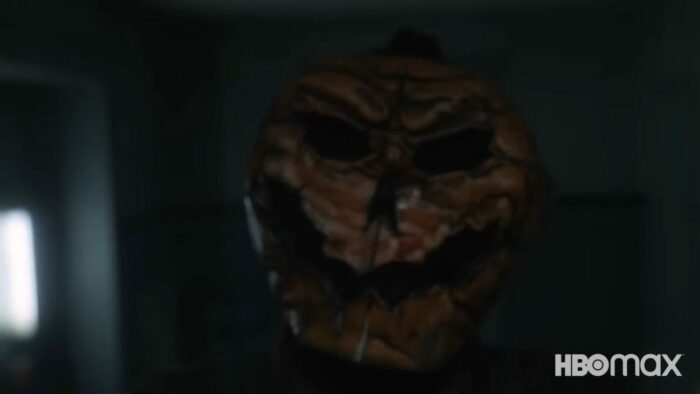 The rest of the episode ties up very nicely, but a bit too quickly. Imogen gets a call back from someone who has information on Angela, and that dude is a character. Mouse’s parents are pissed at her for staying over at Imogen’s and continue to allude to her past trauma. Faran gets kicked out of ballet, again. “Kelly’s” mom calls her Karen. The show leaves us on a final note of Tabby telling Imogen about the bonfire party and that she thinks Tyler was the one who drugged and sexually assaulted her.

I’m not sure if this could be considered one of the rawest Episodes, but you can’t say it’s the most boring. Full of visual references “The Night He Came Home” tackled some heavy subjects, and really helped move the story forward. Plus it takes a lot of guts to do such a heavy visual Michael Myers reference, thankfully they pulled it off. Will we get any more useful information on A in the next Episode? Maybe. Probably not. All I can hope is that we finally learn what happened to Mouse, who is without a doubt my favorite character and has the most interesting arc.