While Until Dawn was not the first release from the now superstar video game developer Supermassive Games, it was the game that really got them on the map. Until Dawn, written by horror icons Larry Fessenden and Graham Reznick, took the idea of making a slasher film to a whole new level. The game went on to wild success, and soon after spawned two VR spin-offs with Until Dawn: Rush of Blood and the prequel game Inpatient, which took place in the Blackwood Sanatorium in ’52. Supermassive would then go on to create the Dark Pictures Anthology series, which was met with varying degrees of success.

There are/were many horror titles for this year that have piqued my interest so very much with games like Martha is Dead, Evil Dead: The Game, Sons of the Forest, The Dark Pictures: The Devil In Me, and even a new Outlast game! For me, though, the one game that has been on the forefront of my mind since the second I heard about it was The Quarry. Even before knowing what the game was about, or honestly who even made it, just seeing the cast alone was more than enough to sell me. You have David Arquette, Grace Zabriskie, Brenda Song, Ariel Winter, Lance Henriksen, Lin Shaye, Ethan Suplee, and the absolute ICING on the cake, the always incredible Ted f**king Raimi. You put Ted Raimi in something and you can just take my bank account.

The Quarry is about a group of camp counselors who, due to someone’s selfishness, get stuck at their summer camp for one extra day. Once the sun goes down, the creatures come out. When confronted with these supernatural beings the counselors will be forced to make choices that just may very well end up with their head dethatched from their body. While not only being hunted by creatures, the counselors are hunted by a couple of hillbillies who will not stop at anything to capture their bounty.

As with Until Dawn, and the other games, you get to play as nearly every character you are confronted with, sadly you don’t get to play as David Arquette or Ted Raimi. The camera and movement style in The Quarry is very similar to Until Dawn, but there are some differences in the camera work and direction that really takes The Quarry to a whole different level of filmmaking. Director Will Byles did a great job with the direction of Until Dawn, but his direction for The Quarry is top-notch. I find that it’s rare for me to really take a step back and be in awe by the direction of a video game, but Byles really did an excellent job with the direction.

One of the best features of The Quarry, and the other games from Supermassive, is the use of finding clues to tell multiple stories. If you miss a clue there’s a good chance you will be out of luck if you can’t go back to that area, which was the case I found myself in for the Hackett Family and Camp History clues, though I was successful in 100 percenting the Freakshow Fire and Evidence portions. Rather than presenting us with totems, like Until Dawn, we are tasked with finding tarot cards that will present us with small glimpses into the future to either help or hinder us with our journey through the dark and diabolical woods. 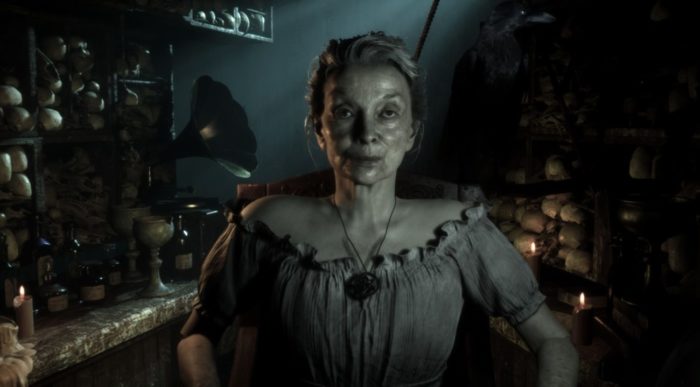 The tarot cards play into my second favorite performance of the game: Eliza Vorez (Grace Zabriskie). Eliza Vorez acts as our spiritual guide through the game, giving us small hints at what’s to come, or subtle jabs when you show up without finding that chapter’s tarot card(s). Zabriskie absolutely kills her performance, creating such a foreboding and downright creepy character. One thing the Supermassive games do is creating a curator to guide you and provide moments of exposition. While Peter Stormare does an excellent job as the curator in Until Dawn I wholeheartedly think Zabriskie takes the cake for best curator.

My absolute favorite character in the entire game is definitely Travis Hackett (Ted Raimi), bet you didn’t see that coming. Ted Raimi has such a great voice, and really just kills it, heh. From his moments of horror to his moments of heart, Raimi embodies this role like no one else could. Raimi does an incredible job of going back and forth between is he/isn’t he a good guy, and still leaves you guessing up until the final moments of the game. Evil Dead: Regeneration was one of my favorite Ted Raimi roles to date, but at this point The Quarry has harshly dethroned that game by a longshot.

There is a good amount of this game, again, like the others, that is pure cinematics but the moments of pure action and horror outweigh any overly lengthy cinematic scenes. The quick time events are confined [for PlayStation] to a single joystick and the X button, which I think helps the game in the long run. Rather than having a character perish because you get thrown random buttons is pretty infuriating, so I enjoyed being able to get immersed in the story and only having to worry about two options for a quick time event; though I feel I may be alone in that. Another mechanic I thought was fun, but got a bit redundant was the “hold X to hold your breath.” This is a neat play on the “don’t move your controller,” mechanic from Until Dawn, it’s just without fail the person or creature you were hiding from would walk away long before your breath meter would run out, and whatever you were trying to stay hidden from would just walk away (or you would run away). It would have been fun or more challenging if whatever you were hiding from would start to walk back towards you as your breath meter replenished, forcing you to hold your breath again. It just never felt like there were any stakes during the breath mechanic moments. 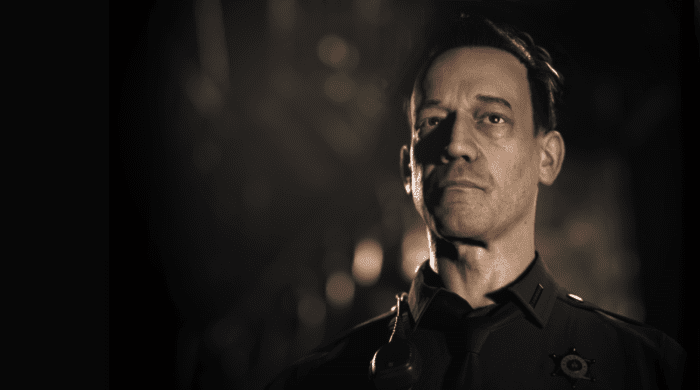 I only had two other big issues with the game and that was brightness and Ryan Erzhaler (Justice Smith). The daylight scenes were perfectly lit and there are no problems there, but a lot of the night scenes are just way too dark. Even after meticulously adjusting the multiple brightness sliders I still couldn’t nail down a solid mixture of light levels. Granted being as dark as it was added to the overall spooky atmosphere of the game, it was difficult to really move the flashlight around well enough to illuminate everything I wanted to see. And Ryan? God, what a pr*ck. I truly regret letting him live through the whole game. It feels like there may have been a draft of the script where the writers wanted to have him in on it all, or that he somehow has a relationship with Chris Hackett (David Arquette) or the Hackett family. His character is so awkwardly written that his character arc really jumps all over the place, and you’re just not sure what his overall goal is.

Even with the few issues I have with The Quarry, it did not fail to live up to the hype I built in my mind for it. While it does recycle some ideas from its predecessors, it is able to stand on its own and be an incredibly fun and engaging game. The nine hours (and 45 seconds) it took me to complete the game, went by so quickly that I didn’t even realize how much time I spent playing it. The replay value of this game is high, leaving me wanting to try and get the “good” ending, where everyone lives, and the “bad” ending, where everyone dies. If I could give one piece of advice for your first playthrough of the game is to just have fun. Don’t worry about trying to have the best ending possible, just play the game and let the events naturally play out. If you happen to have everyone alive by the end, then great job! The Quarry is a game that first needs to be experienced with no walkthrough guides for clues, or which decisions to make, and just needs to be embraced from the wild-ass ride it is!