I love ParaNorman. It has some really cool monsters, a main character who loves the genre just as much as I do, and a couple of great nods to classic horror films. In my opinion, it’s one of the best children’s horror movies ever made. On top of that, it also has the kind of heartwarming message a lot of people wouldn’t expect from a genre film. But, if you really understand horror fandom, it makes perfect sense.

See, ParaNorman is all about loving and accepting people who are different from you. In a very real sense, the horror community is all about that too. We like weird things that the rest of society finds abhorrent and disgusting, so we pretty much embody the theme of this movie. We are the “people who are different from you.” So, let’s dive into ParaNorman and see how it promotes this important message. 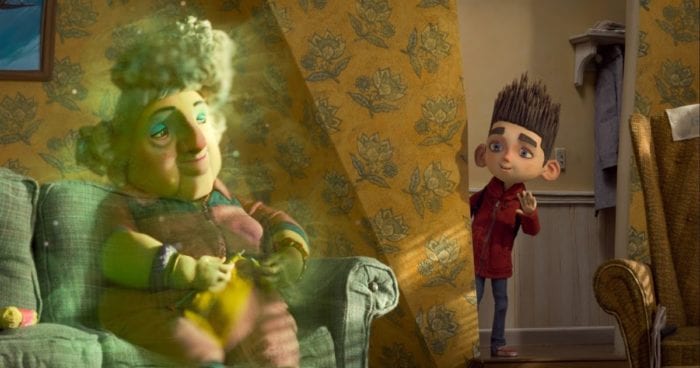 ParaNorman is about a kid named Norman who can see and talk to ghosts. Right from the get-go, you can tell that he’s a bit of an outcast, both in his family and in society at large. For example, the movie opens with him watching a zombie film, and both of his parents express disappointment with his entertainment choices. His father even says, “Can’t you be like other kids your age and pitch a tent in the yard or have a healthy interest in carpentry?”

Then, Norman tells them that the ghost of his grandmother is cold and wants them to turn up the heat in the house, but nobody in his family believes him. Instead, they just dismiss him out of hand, and his father expresses even more frustration with him. Similarly, Norman’s classmates at school constantly make fun of him for claiming to see ghosts. Throughout the movie, several people around town treat him that way too.

If you’re a hardcore horror fan, I’m sure this all sounds very familiar. Most of us have been ridiculed and rejected at one point or another because of our taste in movies. So, when we see Norman go through the same experience with his parents, who are supposed to love and accept him unconditionally, it hits very close to home.

On top of that, Norman is also mocked for being able to see real ghosts. While we may not be able to relate to that in quite the same way, it still fits with the movie’s theme. It’s just one more way Norman’s family and neighbors can’t accept the fact that he’s different from them. In fact, this is the main way he embodies the film’s message. His love of horror only comes to the fore a couple of times throughout the movie, but the entire story is about how he’s mistreated because he can see ghosts. 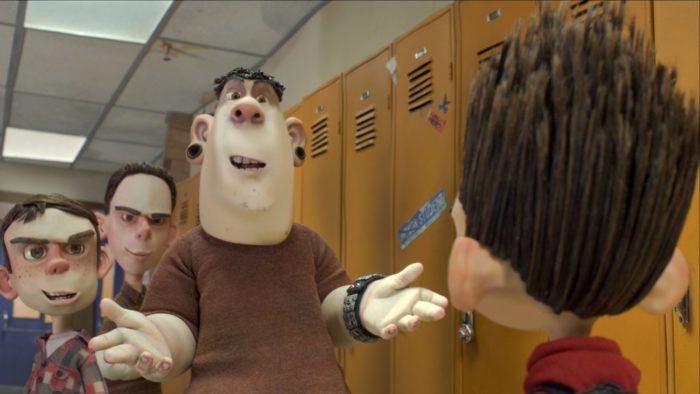 However, by the end of ParaNorman, Norman is vindicated and hailed as a hero. He puts an end to the curse that hangs over his town, and it’s all thanks to his ability to communicate with the dead. He talks to the “witch” (we’ll get to her in just a bit) who placed the curse and convinces her to let go of her pain and anger. When the townspeople see what he did for them, they immediately change their tune. They realize that Norman was telling the truth all along and finally accept him for who he is.

Once that happens, the message of ParaNorman comes through loud and clear. The film tells us in no uncertain terms that Norman’s family, classmates, and neighbors were all wrong to reject him for being different. In fact, the thing that makes him unique is the thing that saved them from the curse, so it’s actually good that he’s not like them. The town would’ve been out of luck if he were, so they should’ve been celebrating his gift all along.

And the same is true of us as well. Not only should we not make fun of people or reject them for being different, but we should also celebrate our differences (with moral limits, of course; we don’t want to celebrate people for being, say, serial killers). We should embrace and love the things that make each and every one of us unique. Norman’s journey through ParaNorman exemplifies this important truth just about perfectly.

While Norman is the main character in ParaNorman, he’s not the only one who embodies its message of love and acceptance. Numerous other characters do as well, but we won’t go over all of them here. Let’s just take a look at one other major character who also nicely personifies this theme.

The “witch” who cursed the town is named Agatha, though she wasn’t really a witch at all. In the film, Norman has a vision of her trial, learning she was a girl around his age. She could also communicate with the dead, which the leaders of the town mistook for witchcraft. They put her on trial, convicted her, and sentenced her to be executed. As revenge, she put a curse on them.

This backstory makes Agatha way more than just your typical mustache-twirling villain. She was actually a victim first, which led to her becoming a villain. Much like Norman, her ability to see ghosts made her different from everyone else, and she was persecuted for it.

Not only does she exemplify the main theme of ParaNorman, but she also adds another dimension to it by showing us what happens when we don’t accept people’s differences. The townspeople’s inability to accept her for who she was led to her becoming an evil witch who cursed the entire town for generations to come. Something similar happens when we reject people who are different from us.

Granted, it probably won’t lead them to become supernatural horror villains, but it can definitely launch a cycle of hatred and violence all the same. If we mock and mistreat people for being different from us, they may take their anger and pain out on others, a cycle that has the potential to continue indefinitely.

To counteract it, we have to take the message of ParaNorman to heart. The film demonstrates what this looks like in a really touching way. When Norman talks to Agatha and convinces her to stop wreaking havoc in the town, he does so by reminding her of the one person who loved and accepted her unconditionally: her mother. That memory gives Agatha the peace she needs to cross over into the afterlife. Once again, there’s an important lesson for us here.

Just as hatred and persecution lead to more of the same, so too do love and acceptance. The only way to achieve peace and harmony is to love people unconditionally and accept them for who they are, no matter how different from us they may be. Granted, in the real world, this is almost always much harder and much messier than it appears in ParaNorman, but that doesn’t make it any less necessary. Love is always a struggle, but as this film so adeptly shows us, it’s also always the right choice.