This is the finale in my series of articles covering the best portrayals of classic movie monsters. So far, we’ve covered Dracula, Frankenstein, The Mummy, and now…Werewolves!

This was a very tricky article to write in truth. After watching 10+ of these films it became clear to me that there are really three kinds of them.

The first is Wolfman movies, films where the monster is much more man than a wolf and still retains most of their humanoid visage. The second is Werewolf films, stories where an unfortunate soul transforms into a mix of wolf and man, bearing the most unsettling aspects of both. The last is Wolf movies, these are the films where someone turns into a vicious but otherwise “natural” wolf with no mixture of sapien features.

I almost decided to make it only a list of one or the other, but ultimately decided to include all three types. So, buckle up!

As a quick refresher on the “rules” I gave myself for these articles, it is important to note that this is not a list of the best werewolf movies. This is a list of the top portrayals or designs used for the lycanthropes themselves independent of the surrounding film’s quality. Additionally, no television series were included or made for TV movies. Animated projects were also set aside in favor of live-action.

So, with the groundwork out of the way, it’s time to sink our teeth deep into the top Werewolf/Wolfman portrayals in cinema! 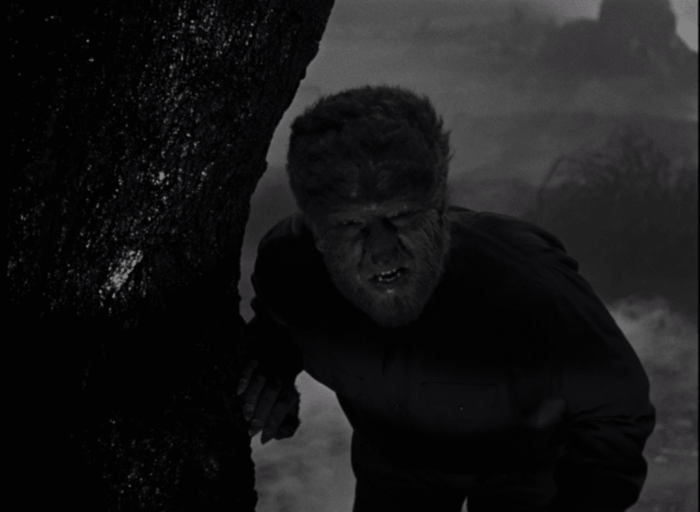 Once I made the decision to include each of the three varieties of film, I had originally intended to do one of each. However, I just couldn’t leave this film out, and added in a number four slot instead.

Often mistakenly thought to be the first werewolf film, the 1941 Wolfman is still just as fun today as it was the day it debuted. The inimitable Lon Chaney Jr. stars in his role here as the titular wolfman and does so with grace, complexity, and good old-fashioned acting chops.

Even though Werewolf of London, not to be confused with An American Werewolf in London, is the first werewolf movie that wasn’t destroyed by time, people regard Wolfman as the original for its sheer influence. The lore setting of future werewolf movies can largely be drawn to this one, featuring ancestral curses, gypsies, wolfsbane, and the full moon.

The things that make this depiction of a wolfman as good as they are can basically be divided into two categories. First, the look. This is classic for a reason. The practical effects and hair are impressive, to say the least, and were certainly standard setting for the time. Second is the persona of the character. This is something that very few other werewolf movies have, but something that really adds complexity to the story.

In the 1941 Wolfman, the protagonist is turned into a werewolf unwittingly, and therefore against his will. In any further instances where he appears in lycanthropic form, he is likewise conflicted.

The character does everything he can to prevent himself from harming others but it is never enough. Ultimately, he, like many other werewolf movie protagonists, will be killed tragically. While it is always for the best, it never removes the element of internal terror and also the empathy that comes when we consider what it would be like to live with such a condition yourself.

Known by relatively few, but loved by those who do know, Wolfen is an under-appreciated find.

Wolfen is a wolf movie, pure and simple. However, it is the purity and simplicity that makes this movie, as well as its depiction of the werewolf, as good as it is. There’s definitely something to be said for doing a lot with a little.

And besides, if you knew someone who could turn into a normal wolf, wouldn’t that still be terrifying enough? Humans are already good at subversively killing each other. Do we really need to think about what someone with a serial killer’s brain could do if they had access to the form of a wolf?

If you, like me, don’t need to think about it but want to anyway, this movie has you covered.

Better than any of the other wolf-style films, Wolfen captures just how terrifying a wolf can be with the guiding and cruel intelligence of a person behind it.

It’s definitely the movie that made me tense the most whenever the sound of a midnight howl is heard. 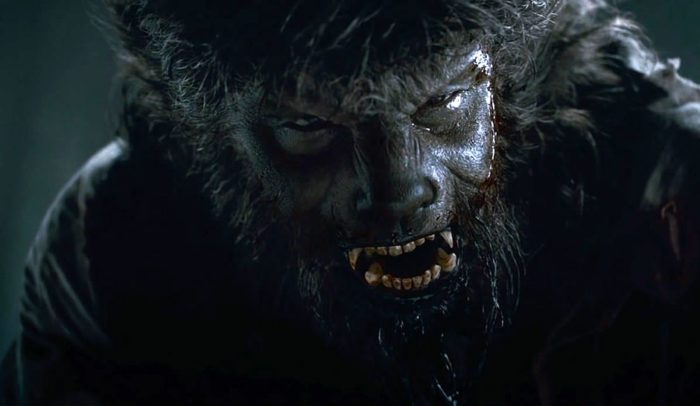 This might be an unexpected entry for some people. This is a perfect example of a great portrayal in a less than spectacular film.

Truth be told, Anthony Hopkins is really great as the old cursed father despite the fact that the protagonist actually couldn’t be less interesting if he was a blank cereal box.

The truly unfortunate thing is that this film could have been excellent and had all the right ingredients to be. I suppose it just goes to show that no film is safe from the classic dangers of an uninspired screenplay.

With all that said though, Wolfman fittingly boasts one of the best portrayals of a wolfman we have.

The weirdest part is that in some sequences the beast is CGI while in others it’s all practical effects. Anyone who’s read any of my articles can probably guess how I feel about that. The image I included here and the depiction I’m speaking of are definitely practical ones.

Looking up pictures of the suit involved and the makeup work for this movie is deeply impressive and dramatically stylish. This film takes the original Wolfman with Lon Chaney Jr. and amps its style up to 11.

Even though this movie is lacking a transformation sequence, this is still undoubtedly the best among the wolfmen. 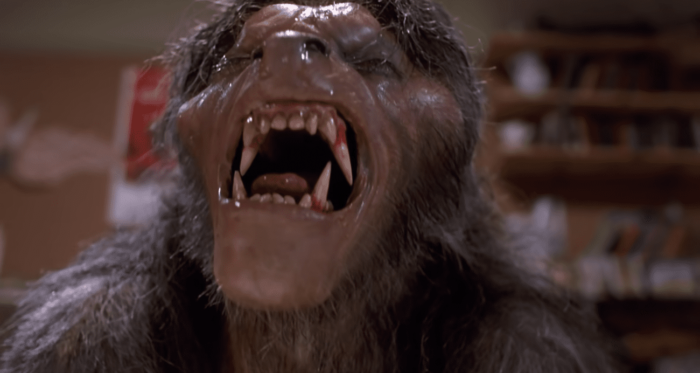 While this is by no means an unexpected choice, it is nevertheless entirely deserved. The famous transformation sequence is still unparalleled in the history of werewolf films and retains its power.

Firmly falling into the werewolf camp, An American Werewolf in London delivers a spine-tingling and hair-raising depiction of what lycanthropy could be like. The transformation is one of intense and unbearable pain, followed by unrelenting savagery. The practical effects are outstanding, and without them, this portrayal could not have been hoped for the #1 spot.

This depiction is just as immortal today as it was in the 80s because it captures all of the best aspects of previous renditions without suffering any of their flaws. No silly fursuits, no lackluster hair prosthetics, and more supernatural flair than any standard wolf could bring.

An American Werewolf in London’s lycanthrope is the definitive lupine terror of the silver screen—the true werewolf.