When I first saw the trailer for Machination, I was really intrigued. I wasn’t entirely sure what was happening in it, but it had my attention. I thought it looked like a tense, gripping thriller that would be filled with anxiety and paranoia from the beginning to end, so I couldn’t wait to see the full movie. But after getting a chance to watch it, I’m sad to say that I was very disappointed.

Machination was directed by Sarah Jayne Portelli and Ivan Malekin, and it stars Steffi Thake as Maria, a germophobic woman who slowly loses her grip on reality as she struggles to stay safe during a pandemic. We never find out what this disease is, but that’s not the point. Rather, it’s all about Maria and her battle against her own anxieties and fears, so this is her story, not the pandemic’s.

In fact, Maria is pretty much the only character in Machination. While she talks to a few people on the phone, and a couple of characters do show up on screen for a few minutes, she’s the only one who has any significant amount of screen time. This film is all about her own personal descent into madness, and in that sense, it’s a bit like a hyper-focused riff on Repulsion, just transposed into a different key, so to speak.

However, unlike Repulsion, this movie doesn’t get the job done. For starters, it features a lot of weird imagery that feels random and haphazard. Throughout the film, Maria experiences hallucinations and flashbacks that slowly drag her down the rabbit hole of insanity, but we never get a solid answer about what they mean, so it feels like empty visual noise. 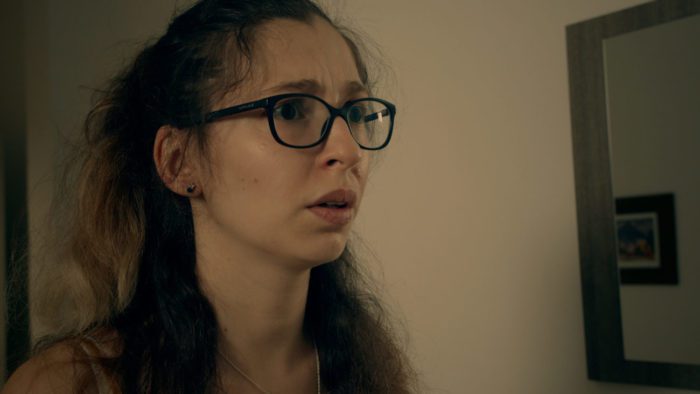 To be fair, the end of Machination does seem to imply a possible meaning for the things Maria sees (don’t worry, I won’t spoil it!), but it’s a little too vague for my tastes, and it doesn’t really have much to do with the rest of the story. At best, it would make the pandemic a metaphor for some other kind of traumatic experience, but that feels a bit too much like a bait and switch.

On top of that, this movie is somewhat of a slow burn, but it breaks the cardinal rule of slow burns: the buildup has to hold your interest until you get to the “good stuff.” And unfortunately, the slow buildup in this one simply doesn’t do that.

In particular, since Machination is all about Maria, it stands or falls on the strength of her as a character, and unfortunately, she’s simply not that interesting. She’s pretty much just a germaphobe, so she doesn’t have any compelling or endearing traits that make her fun to watch and follow around on screen.

And that’s not a knock on actress Steffi Thake. She does an admirable job with the material she’s given, and when Maria’s paranoia and anxiety begin to get the best of her, she actually gives a really good performance. My problem with the character is all in the writing. I didn’t find anything all that interesting about her, so her story just didn’t grab me the way I wanted it to.

Last but not least, the plot of Machination meanders a bit too much. When you really break it down, this complaint is actually a combination of my first two problems with the film, but it deserves to be discussed on its own. See, since Maria isn’t all that interesting and her hallucinations seem really random, the story doesn’t really go anywhere until the very end. 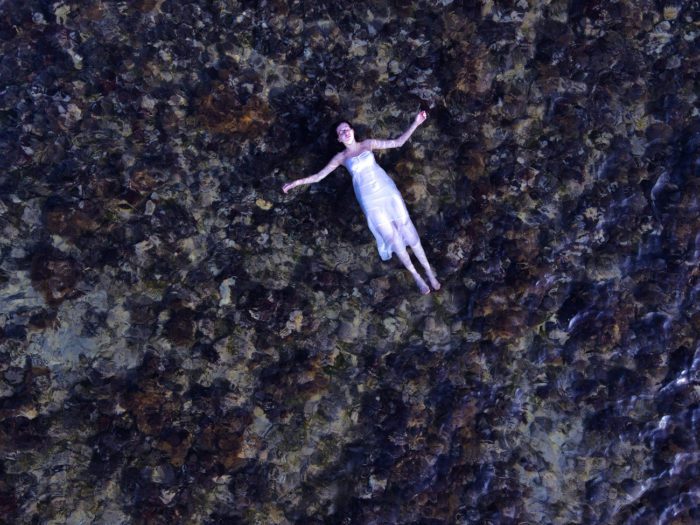 I was just watching a boring person freak out and experience bizarre and completely meaningless (to me, anyway) visions, so the movie felt really directionless. I had no idea where the story was going, and not in a good way. The plot simply didn’t feel like it was building up to anything, so after a while, it became a bit of a chore to sit through.

However, when I got to the end of Machination, I finally got the narrative direction I wanted. I saw what the story was supposed to be moving towards, and I have to say, I quite enjoyed it. I liked where Maria’s story ended up even though I wasn’t a fan of how she got there, and I thought it made perfect sense given everything we know about her. So despite my feelings for the rest of the film, it did end on a good note.

However, that one scene didn’t retroactively make the rest of the movie better. I don’t know about you, but every once in a while, I’ll be pretty bored throughout a film, but then when the end hits, it makes me rethink my feelings about everything that led up to it. It doesn’t happen too often, but there have been a handful of movies where my opinion has changed at literally the last scene, and further rewatches have confirmed my positive feelings towards them.

But Machination isn’t one of them. Sure, I enjoyed the ending, but it didn’t make me feel any differently about the rest of the film. I still didn’t like its boring main character, its mostly meandering and directionless plot, and its very random and haphazard imagery, so I’m sad to say that I simply can’t recommend this movie. It has its moments, but on the whole, if you’re looking for some good new horror to watch, I’d suggest looking elsewhere.

Machination hits VOD on May 20.