When we think of the word fantastic, it usually has a positive connotation behind it: rainbows, puppies, the aurora borealis. But fantastic doesn’t always mean just great; it can cover things from the grotesque to the weird to the outright irrational. Bradley Sides’ Those Fantastic Lives and Other Strange Stories is just that…fantastic. A collection of random short stories thrown together can be fun and entertaining, but much like an anthology film, it’s so much more meaningful when there is a connection that binds them together. One really great example of interconnectivity between stories is Jon Padgett’s The Secret of Ventriloquism, but Sides takes his wraparound idea to a new and original level. 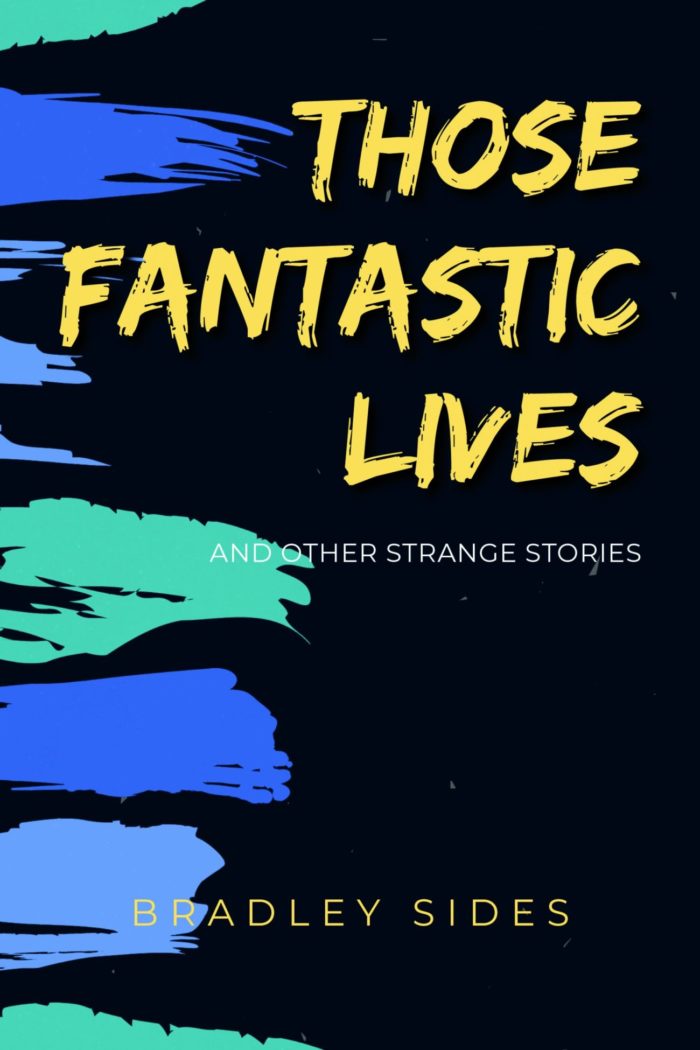 The title, Those Fantastic Lives, may just initially seem like Sides is taking his favorite story from the collection and throwing it up as the title, but after sitting back for a bit and thinking about it, there is a whole new level that I somehow brushed passed. Those Fantastic Lives is actually giving us the premise of this book, which is highlighting stories about people who are exceptionally fantastic(al) in some way, shape, or form, be they antagonists or protagonists. Each story gives us a glimpse into the lives of some really interesting people and comments on many different aspects of life and our messed-up world. From Squatch hunting to the apocalypse, this book really covers it all.

In Sides’ tender, brilliantly imagined collection, a young boy dreams of being a psychic like his grandmother, a desperate man turns to paper for a miracle, a swarm of fireflies attempts the impossible, scarecrows and ghosts collide, a mother and child navigate a forest plagued by light-craving monsters, a boy’s talking dolls aid him in conquering a burning world, and a father and mother deal with the sudden emergence of wings on their son’s back…

There are so many themes and ideas discussed throughout this book, and one of the most prevalent ones is xenophobia. One of the best examples of this theme is in “Back in Crowville,” which is one of the funniest stories and the most standout story stylistically. Set in verses, “Back to Crowville” is a story of a town whose main export is scarecrows and that gets “invaded” by ghosts. The townies’ reactions range from hilarity to downright, well, xenophobia. Part of the town just wants to let the ghosts chill, while the other part of town wants to basically tiki torch (scarecrow) march their way into the town square and rid the town of them. It’s honestly a great representation of the us vs. them mentality, and it is handled very tactfully. Sides’ style really shines in this story; the prose is succinct and wildly entertaining. This story also contains one of my favorite lines: “[W]hat came first, the scarecrow or the town?” which is such a great setup and tells you more than you need to know before you need to know it.

One of the other more extreme and visceral stories is “The Galactic Healers,” which more or less moonlights with its pro-immigration stance, is wholesomely pessimistic, and slightly delves into global warming. Lian, a sick kid who bleeds out of his ears, prays for “Healers,” an alien race that is vehemently despised by the adults in town. They show up and are met with intense verbal hostility, even when their intentions are seemingly pure. It is a very of-the-times story and an all-around interesting commentary on [Americans’] fear of ‘outsiders.’

One of the stories, “The Mooneaters,” is going to be set in a new subgenre we will go on record coining, called Reverse Body Horror, and that’s all that needs to be said about this wild story.

The two stories that really hit the hardest and made me cry ugly tears are about loneliness, innocence, and unrefined pain. These beautiful stories are “Dolls for the End of the World” and “The Creator.” I really don’t want to get too deep into these as they should be read blindly, but it’s important to bring them to light. “The Creator” is beautiful and melancholic. Sides perfectly works his way around the trauma of the human condition and finds a fantastic way to fold it all together. “Dolls for the End of the World” is one of the most heartbreaking things I think I have ever read; just thinking about it brings tears to my eyes.

“The Hunt” is a perfect elevator pitch for a found footage movie. This story has heart, personal growth, and is a great example of perseverance and childhood ambition. Zoey, a nine-year-old and soon to be 10, is completely obsessed with Squatching. She spends every second of her spare time reading about and researching our furry friends that reside in the deepest parts of the wilderness. Her parents play along, but how far is too far? This story is like Willow Creek meets The Goonies if two members of The Goonies were adults.

It’s a little surprising how scary and frightening some of these stories were, along with the vaguely neat way they are tied together. Sides really shows his talent and shines like a Lampyridae. He takes us through some of the deepest, darkest moments these characters have to face and brings a beautifully macabre level to each story. There’s no doubt that his style is precise and impeccable. One of the greatest things about Sides’ writing is that he can make each story stand on its own while being stylistically different and still having a concise and cohesive writing style throughout. His writing is intricate enough to appeal to the masses and also to tickle the deepest literature genre fan. There is no doubt this collection of stories and his literary creations hereafter will be a successful venture, and in the end, Sides will ultimately be considered an important voice in the horror genre for a long time.