Ari Aster broke his way onto the scene with his highly popular short films Munchausen and The Strange Thing About the Johnsons, so it was just a matter of time before the arthouse production/distribution company A24 took a shine to him. His feature debut Hereditary broke audiences around the world as an insanely turbulent family horror/drama. His sophomore film lauded as one of A24’s most “good for her” movies, Midsommar, made The Wicker Man cool again when he shocked us with the beauty and horror of Harga. Quick sidebar since this is not an article about the film, and there are so many videos and articles surrounding Midsommar: I just want to echo the majority of those by saying I think it is one of the most atmospheric and beautifully made horror films of this century and makes me so excited to see everything that Ari Aster will create in the future. Now that that’s out of the way…

There are many different thoughts and analyses surrounding Midsommar, but to me, none seem more divisive and have gotten me into long-breathed arguments than the simple truth that Pelle (Vilhelm Blomgren) killed Dani’s (Florence Pugh) family. Let’s talk about it. If you’re unfamiliar here is the basic story: A couple, Dani and Christian (Jack Reynor), travels to Scandinavia to visit a rural hometown’s fabled Swedish mid-summer festival. What begins as an idyllic retreat quickly devolves into an increasingly violent and bizarre competition at the hands of a pagan cult. 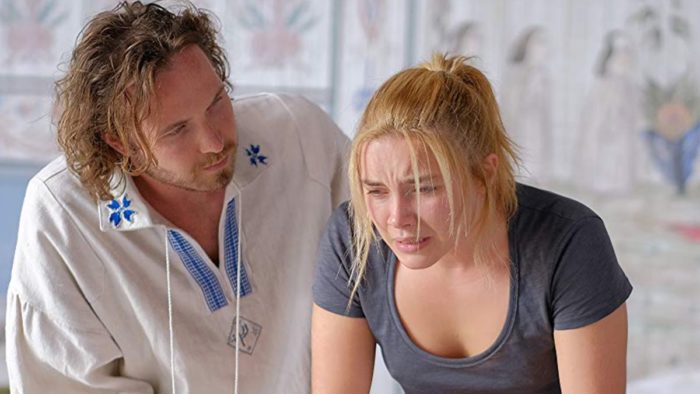 The relationship between Dani and Christian is pretty toxic, mainly due to the fact that Christian is too much of a b*tch to break up with Dani even though it’s clear that he is completely over her. One of the strongest examples of this is when the whole crew is in Harga and they meet the other foreign group, Connie (Ellora Torchia) and Simon (Archie Madekew). Christian is asked how long he and Dani have been dating and he responds with “three and a half years,” and she replies with “four years,” highlighting how both of them view their relationship. Dani’s birthday takes place when they’re in Harga, and Christian doesn’t even realize.

Even before leaving for Harga the group’s friend Pelle has seemed to have a soft spot for Dani. And throughout their Hargan escapades, Pelle’s admiration for Dani just seems to grow. He remembers Dani’s birthday, and even sketches Dani a gorgeous portrait, whereas Christian doesn’t remember until Pelle tells him. 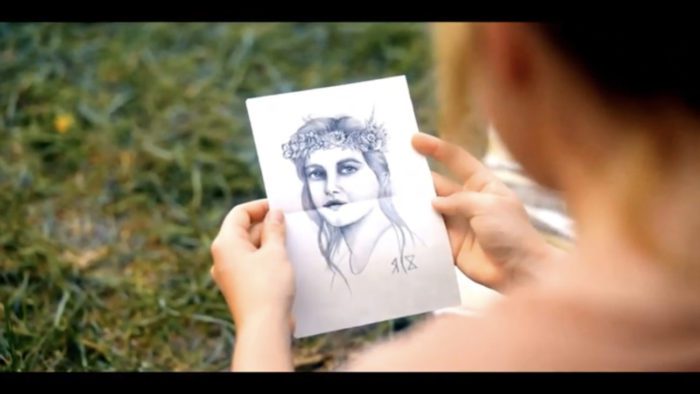 Let’s back up a bit, Dani has some intense personal matters throughout the first 30 minutes of the movie, mainly being that sister is dealing with mental health issues. It seems that whenever she tries to bring up personal things to Christian he just does not care, in fact, he practically eye rolls whenever she calls. One night when Christian, Pelle, Josh (William Jackson Harper), and Mark (Will Poulter) are out having some drinks Christian gets a call from Dani saying that her sister is missing. Christian, being the ever-loving boyfriend that he is tries to play it off by saying that her sister does this all the time. Moments later Dani calls back keening, the script’s words not mine, and we’re off to the races. We shortly find out that Dani’s sister and parents are dead, in an apparent double murder/suicide, and from the looks of it everyone thinks that Dani’s sister is the culprit. But what if there were more sinister forces at play?

The Hargans are somewhat desensitized to death in the way that when a member of their commune hits a certain age they voluntarily off themselves. So from a young age, Pelle is forced to watch the people that he has grown to love just end it all. That would definitely do something to your psyche. Add on top of that the constant psychedelics they take and you have yourself an interesting equation, granted I am not too sure if there is an age limit they require to be able to partake in their drugs.

Pelle invites his group of friends to Harga, which is great for Josh as he plans on doing his dissertation on Hargan ways and their Mid-Summer celebrations. Pelle brings the trip up in front of Dani who is blindsided by the fact that Christian hasn’t even mentioned it to her once. My theory is that Pelle knew Christian didn’t invite Dani, so him bringing it up in front of her would force Christian to invite her. Moments after this Pelle even tells Dani all about the May Queen selection. We soon figure out that the real reason Pelle invites the group out there is for breeding purposes. The only time they are okay with the idea of inbreeding is when they are trying to create a new ‘seer’ so naturally, they will need to bring new people in from the outside world. This culminates in Christian being raped and then killed, with Dani being gaslit and coerced into being a Hargan.

Okay so let’s recap: Pelle was smitten about Dani, and realized that Christian was only with her because he is incapable of being a human with emotions. Pelle brings up the trip to Harga in front of Dani knowing that she’ll be pissed at Christian for not inviting her, driving more of a rift between them. He knows that Christian will be used for breeding and that throughout the events of the film Dani will become more disillusioned due to Christian being Christian, copious amounts of drugs, and the promise of a happy community. The only thing tying Dani back home was her sister and parents. So what did Pelle do to make sure she wouldn’t want to go back home? I think it’s pretty obvious that Pelle staged the murder/suicide…but I’ll let you be the judge of that.