A horror movie doesn’t necessarily need a ton of elaborate elements to create a compelling and terrifying story. All you truly need are a solid concept, a committed cast and crew, and the means to get everything you need out of both. I know this is much easier said than done—I’ve made a movie before, and it was far from Good—but when a filmmaker is able to take simple ingredients and transform them into something daring and original, I’m always impressed, and even more so when that daring and original product manages to legitimately unsettle and scare me.

Such is the case with Irish filmmaker Damian McCarthy’s excellent debut as writer and director, Caveat.

Yet another lovely little selection from Panic Fest 2021, Caveat takes place almost entirely in a terrifying old house on a lonely island. This is where Isaac, a man with partial memory loss, has taken a job looking after his friend’s troubled sister Olga, the house’s only inhabitant. The only caveat (hence the title, maybe?) is that she refuses to talk to him unless he wears Olga’s long-dead mother’s cure for sleepwalking—a vest with a heavy chain attached, restricting his movement through the house. As Isaac explores the property, learns the areas he can’t access, and starts to fill the gaps in his memory, he realizes he may be more connected to the house, to Olga, and to the mysterious sounds and movements he keeps hearing when he tries to sleep than he originally expected. 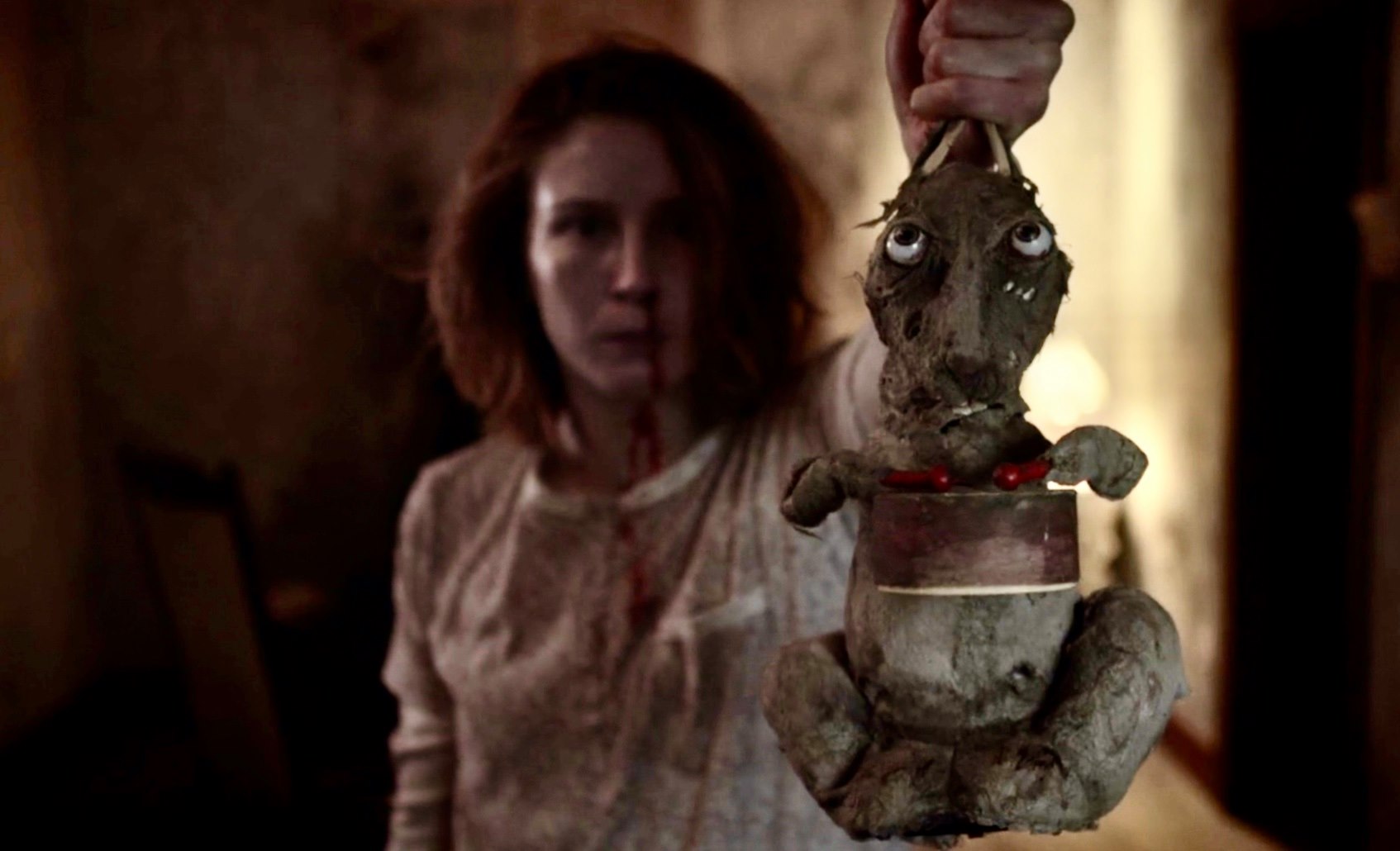 This movie may move rather slowly, but it still manages to be a nailbiter every step of the way. The house itself becomes a sort of character of its own as we spend more time with Isaac and Olga; its dirty walls, creepy pictures, and basement we probably shouldn’t go anywhere near seem to swallow everything within it, including the viewer. When Isaac puts on the vest, when he reaches a doorway he can’t go through (including, unsettlingly, the house’s exit), when he’s awakened in the middle of the night by terrifying sounds, there are subtle elements to the atmosphere and the cinematography that make us feel as restricted and confused as our protagonist. It effectively traps us in the house with every unknown monster and memory Isaac is trying his best to survive, and the result is near-unbearable tension. The fact that it’s all derived from two actors and one house is that much more impressive—I must give a shout-out to production designer Damian Draven for giving the Caveat house life even as it appears to crumble around us.

McCarthy’s used his talents and chosen his collaborators extremely well here. The few words shared between Isaac and Olga carry more weight than many other entire dialogue scripts do, a testament to both the movie’s writing and the interplay between lead actors Jonathan French and Leila Sykes. French plays Isaac as a man who remembers less than he should, but more than he’d like to, and watching him alongside Sykes’s “broken” portrayal of Olga presents an interesting dichotomy. Olga may be the troubled one, but she remembers everything Isaac doesn’t, and as they play games of mental and physical hide-and-seek throughout the house, we slowly piece the past together alongside them. 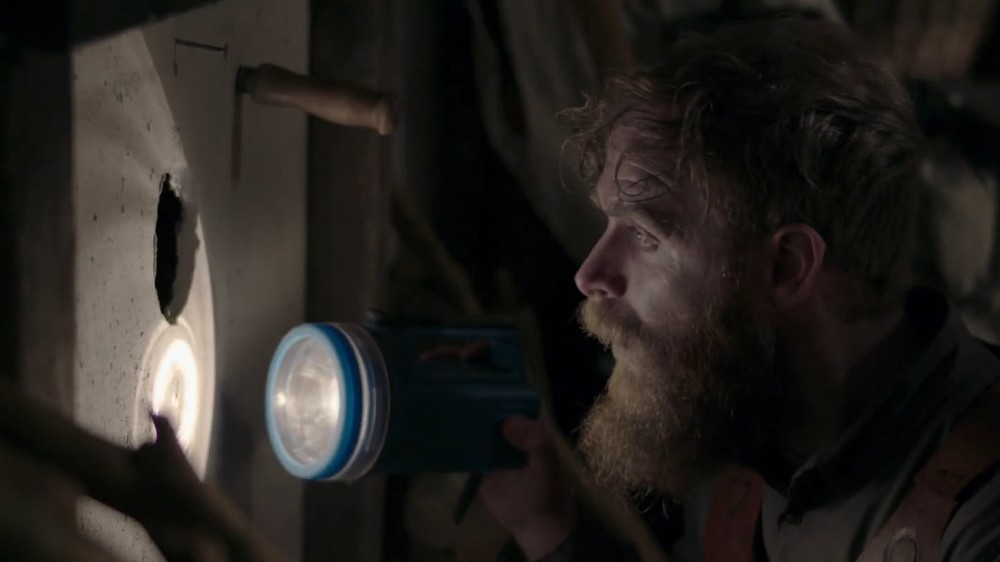 The atmosphere takes a slight back seat to the story in the later parts of Caveat, but this only serves to help the themes and questions at play hit that much harder. Does Olga truly need to be “tricked” into trusting Isaac by having him wear the chain vest, or does she know more than she lets on? Is she hallucinating the sounds and scares throughout the halls and corridors, or are they all too real for Isaac? Are the evils of Isaac and Olga’s respective pasts supernatural in nature, or do they lie within each other? Does the vest restrict Isaac, or does it protect him from whatever Olga seems terrified of as well? The narrative touches on all of these and raises several more as it plays out, and there was never a moment that I wasn’t completely immersed.

The things we hear in this story are just as important, if not more so, than the things we see. Caveat composer Richard G. Mitchell has his work cut out for him here but manages to deliver a score that drifts through your mind as much as it makes the hair on the back of your neck stand on end. It plays well with the house’s sound design, from the creaks of doors and floorboards to the things that quite literally go bump in the night. The amount of work that must have gone into making the world of the movie feel terrifying as much as it looks terrifying is worth the watch alone, but all the praise I’ve given this film so far stands, as well—every element, audible and visual, works hand in hand for a product it’s hard for me to find much fault with.

Caveat is going to scare you, and if that’s something you enjoy, waste no time in seeing it whenever it lands in your area. I can only imagine what the creators would be capable of with studio backing and a bigger budget; if their independent projects are this good, I hope for nothing but great things from everyone involved. Do yourself a favor and let this spooky little story creep its way into your eyes and ears.