Surviving a horror movie, much less than an entire franchise, is no easy feat. It takes courage, endurance, a lot of luck, and favorable writers to ensure a character makes it out alive. Only the best of the best make it to the end credits, and even then, death could rear its ugly sadistic head just when the audience thinks everything’s over and the character they rooted for is safe.

Unfortunately for the characters on this list, they didn’t quite make the cut. Some survived one film only to be brutally killed for the sequel, and some didn’t even make it through one outing. It’s a shame because all of the characters on this possess the hallmark traits of a horror movie survivor: they fought like hell, they were likable, and they proved they could match wits (for the most part) against some of the evilest horror movie villains in the genre. So lock your doors and grab your crucifixes, dear reader. Here are the horror movie victims who should’ve survived. 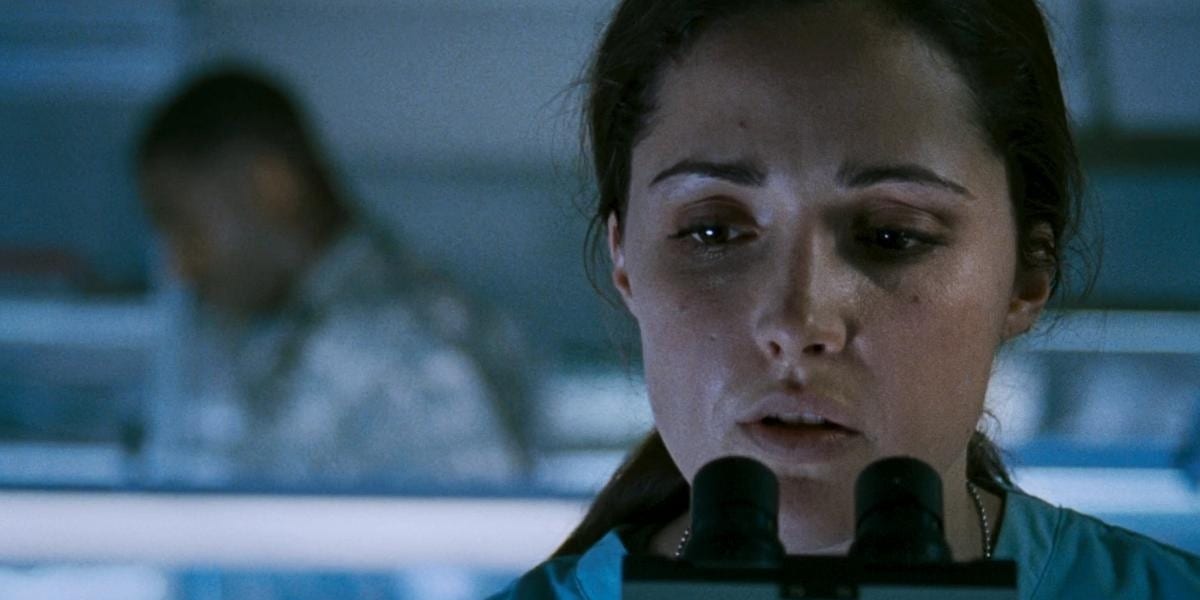 Major Scarlet Levy is a medical officer and expert on the Rage Virus who’s one of the few voices of reason in 28 Weeks Later, the 2002 sequel to the British zombie thriller, 28 Days Later. She’s assigned to the U.S. led NATO forces under General Stone to repopulate London. In the wake of a zombie apocalypse, she’s the person you’d want on your side—smart, driven, compassionate, and a warm and welcome presence for the survivors displaced by the outbreak. When the second outbreak begins, Scarlet takes two children, siblings Andy and Tammy, whom she believes carry immunity to the virus, under her wing, protecting them in the face of mounting danger and chaos.

Despite being shot in the leg, Scarlet and the children (with help from Sergeant Doyle) escape from District One just as it’s firebombed. Scarlet makes it through a substantial portion of the film, tirelessly fighting to ensure the children’s survival and having a bit of chemistry with Doyle in the process. Unfortunately, she becomes separated from Andy and Tammy in underground tunnels beneath London, where she’s ambushed by their now zombified father, who brutally beats her to death with a rife. It’s a bloody and unfair fate for a character who gave her all when so many others acted purely out of self-preservation. She’s never mentioned again, but her compassion and sacrifice allow Tammy and Andy to escape London alive. 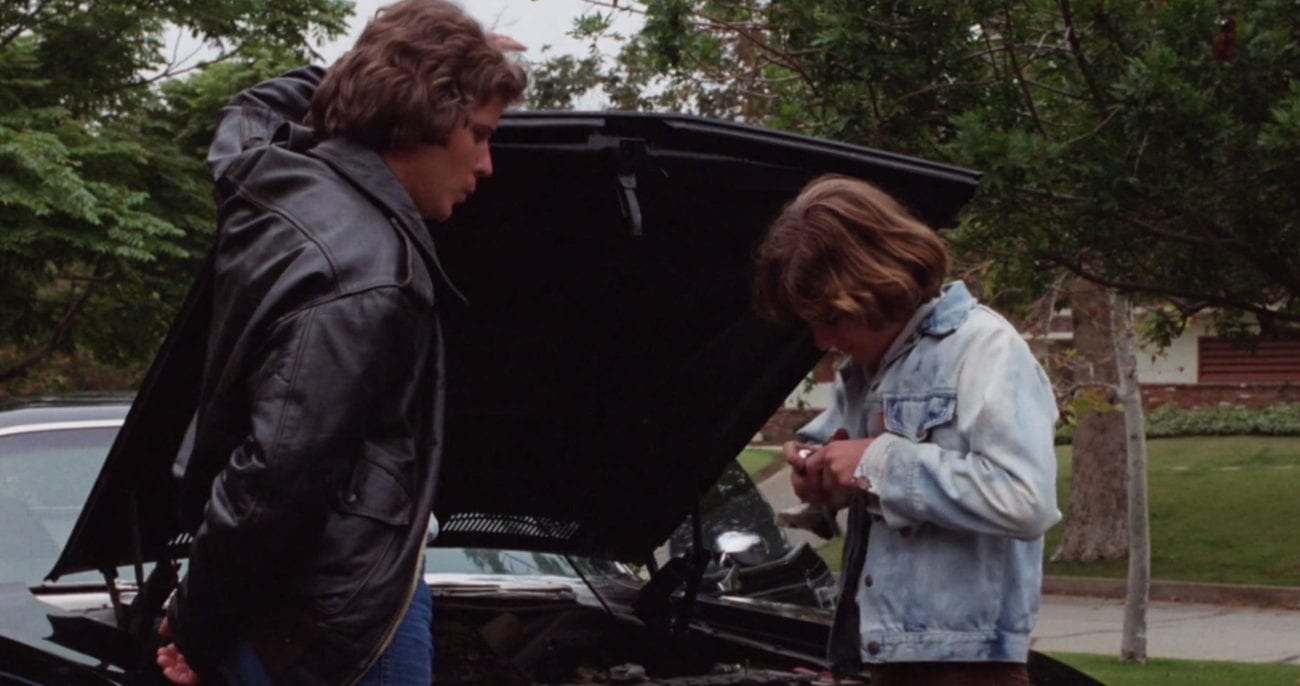 Phantasm is a strange and dreamlike movie that seamlessly combines science fiction and horror for a surreal viewing experience steeped in tragedy and loss. The film follows a young boy, Mike, and his older brother Jody, who encounter the Tall Man, a malevolent undertaker who turns the dead into zombie dwarfs and sends them to another planet to work as slaves. At its core, Phantasm explores grief and insecurity, chiefly those of protagonist Mike, who struggles to cope with his family and friends’ deaths. He looks up to his older brother Jody, his one source of comfort in the cloud of misery and isolation that hangs over him. The two have a close bond, even though Jody wants to leave town for a new life, and it doesn’t take Mike long to convince him of the Tall Man’s evil nature and strange behavior.

Jody comes to Mike’s aid several times, fighting against the odds to ensure his little brother’s survival. He devises the plan to kill the Tall Man by trapping him in a mine shaft; however, the film throws a curveball when Mike wakes up and learns from family friend Reggie that Jody died in a car crash. Considering the film’s themes and exploration of death and tragedy, it’s no surprise that Jody, despite his strength and bond with Mike, becomes a horror movie victim and doesn’t make it to the end credits. It’s a quick and tragic twist that shakes poor Mike even more. Jody does return later in the franchise, but it would’ve been interesting to explore further his relationship with Mike as the two brothers battle against the Tall Man. 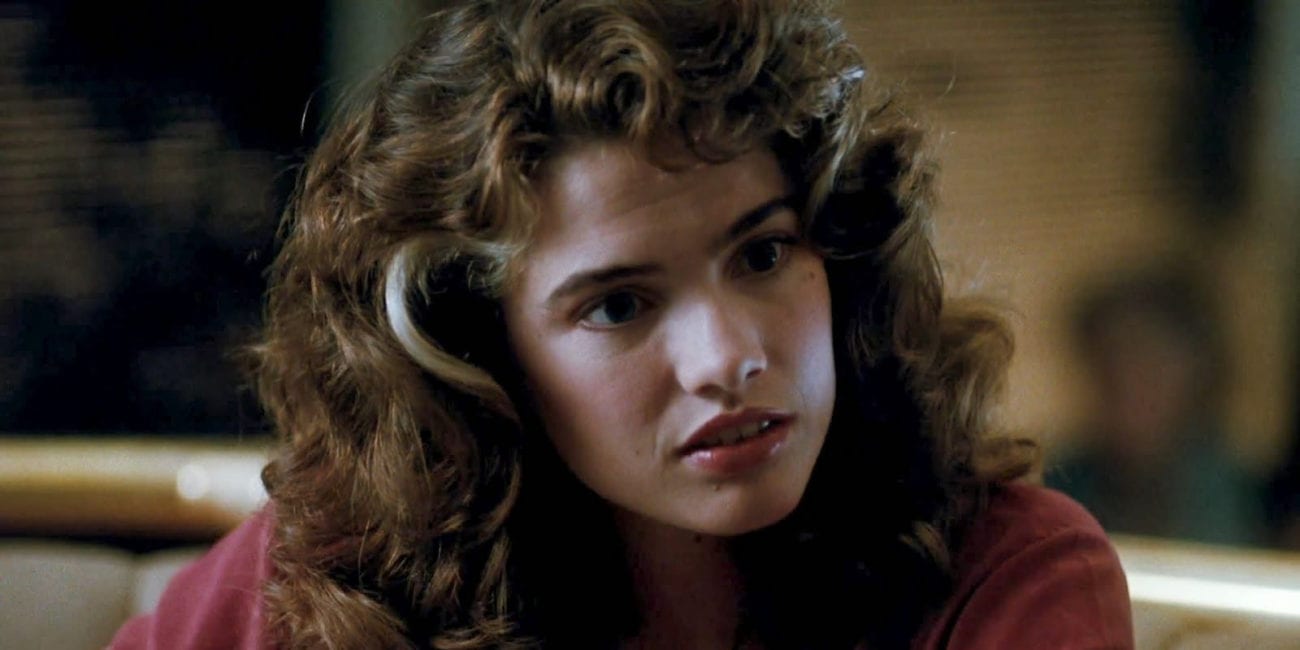 Fate, and the filmmakers, don’t always smile kindly on the heroines of the Nightmare on Elm Street franchise. Typically, they’ll triumph over dream demon Freddy Krueger in one film only to be killed by him in the next. It’s a trend started by the franchise’s most famous Final Girl, Nancy Thompson, who confidently turns her back on Krueger and assembles an Avengers-like team of teenagers to battle their nemesis using their dream powers. When she first appears onscreen in Wes Craven’s 1984 slasher film, Nightmare on Elm Street, Nancy is only a high school student who uses her intelligence and strategic mindset when her friends are killed one by one in their sleep by the deceased child killer. Nancy discovers quickly that the only way to kill Krueger is to drag him from the dream realm into the real world, where he’s weak without his powers. Nancy does this by herself, finally defeating Krueger after leading him through traps and setting him ablaze. While she doesn’t return for the sequel, Freddy’s Revenge, it’s her journal that helps Jessie and Lisa battle against Krueger, inadvertently giving her a hand in his second defeat.

Nancy returns in Dream Warriors to help the last of the Elm Street kids make a stand against Krueger. She trains them to use their dream powers and helps Kristin, Kincaid, and Joey survive the film. Tragically, she’s stabbed in the back by a disguised Krueger, but she goes out fighting and stabs him with his own glove. It’s a shame Nancy didn’t make it to fight another day since she is arguably Krueger’s most dangerous adversary, and we wouldn’t even have the Dream Warriors without Nancy. She set a precedent for each of the franchise’s protagonists to follow, and her ingenuity and bravery made her stand out in a genre where admirable traits are sometimes scarce. She could’ve become the heroic face of the franchise, but alas, the powers that be cut her down too soon.

Hostel is a brutal film and a difficult viewing experience that challenges even the most hardcore of gore fans. This spot could’ve easily gone to protagonist Paxton, who turns the tables on the Elite Hunting Club responsible for his friends’ deaths only to be decapitated in Hostel II. However, I’m giving the spot to Kana, a horror movie victim who survives one of the film’s most upsetting torture sequences only to commit suicide just as Hostel reaches its conclusion.

In the film, Kana and her friend Yuki stay in the same hostel as Paxton and his friends when Yuki is kidnapped. Kana alerts Paxton to her disappearance before she too is kidnapped by the Elite Hunting Club, an organization of wealthy criminals who torture and kill for sport. Kana wakes up in a dungeon-like room where the American Client burns her eye with a blowtorch. Eye mutilations are always the most brutal to watch, and thankfully Kana is rescued by Paxton, who runs over some of their tormentors in a car. The two make it to a train station, but Kana, seeing a reflection of her eye injury and disfigured face, commits suicide by jumping into the path of an oncoming train. Considering how much Kana endured, I couldn’t help but root for her to make it out of the film alive. She was so close to survival, but the pain and trauma were too much to bear. Kana’s death adds a deeper element of sadness and loss to the first film, and it leaves Paxton as the only survivor of the brutal experience with the Elite Hunting Club. His death in the proceeding film is a divisive moment in the franchise, but Kana, who seemed pretty likable, was the one character I was truly rooting for. 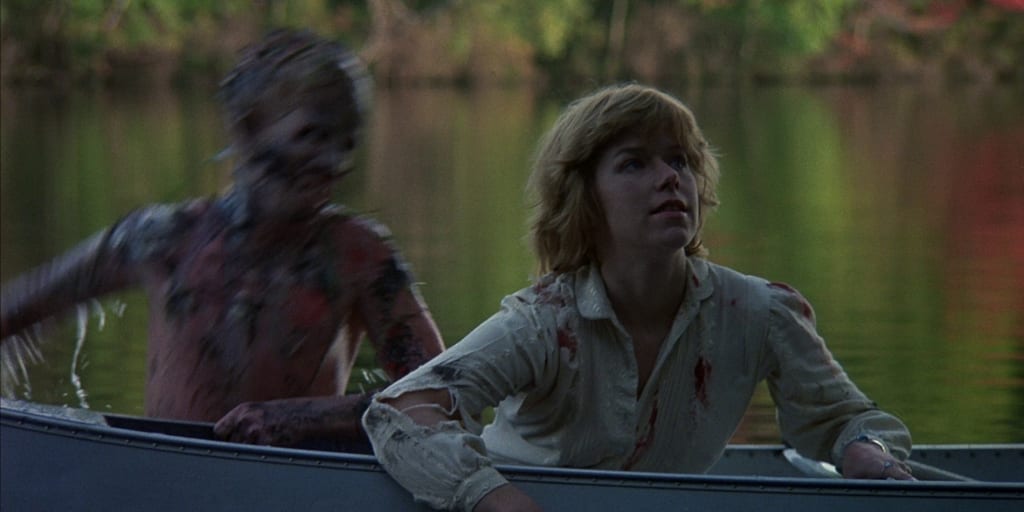 The Friday the 13th franchise features a rotating roster of Final Girls who survive Jason Voorhees’ bloody rampages and make it out of Camp Crystal Lake alive. The same can’t be said for the franchise’s first Final Girl, Alice Hardy, whose fellow camp counselors are gruesomely killed by Jason’s vengeful mother and first lady of the Friday the 13th series, Pamela Voorhees. After a longwinded fight to the death and several chase scenes, Alice decapitates Pamela and seemingly lives to fight another day, traumatized but alive. She returns in the sequel, Friday the 13th Part 2, and gets an apartment near Camp Crystal Lake to find some closure. Unfortunately, Alice’s second stay at the cursed campsite ends in tragedy when Jason ambushes her and impales her through the head with an ice pick.

What makes Alice’s death so frustrating is that it wasn’t initially planned. In fact, Alice was slated to have an extended role in the sequel to the camp slasher, but disturbing real-life events cemented the character’s fate. Adrienne King, who portrayed Alice in both films, declined a more significant role in Friday the 13th Part 2 after several encounters with a real-life stalker, who’d show up to her frequent hang-outs and leave Polaroids and threatening notes under her door. Rattled by the experience, King requested that the filmmakers kill off Alice, and they obliged. Luckily, King’s made a name for herself as a voice actor and advocate for bullying and abuse victims, and Alice will forever be remembered as the original Final Girl of the Friday the 13th franchise. Still, it would’ve been interesting to watch Alice’s evolution and growth as she battles the son of the woman who once tried to kill her.