Surviving a horror movie takes a considerable amount of skill and good luck. Not every character is cut out for the horror genre, and they serve one purpose only; to add to the body count of whatever masked killer they have the misfortune of encountering. Of course, the horror genre wouldn’t be as iconic if it weren’t for the small handful of characters littered throughout who fought back and made it out alive to their respective film’s end credits. Typically we call these survivors Final Girls—young women who’ve vanquished the evil trying to cut her life short in the most gruesome fashion possible. The Final Girl is usually an easy character to spot, and she’s most likely the sole survivor of whatever bloody rampage she finds herself caught in. Sometimes, much to the audience’s surprise, the Final Girl brings another character along with her, thus ensuring another survivor lives to tell the tale.

This list is dedicated to the unexpected characters who survived their respective horror movie through some small stroke of good fortune or the graces of the film’s writers and director. Maybe they were in the right place at the right time, or they emerged alive after suffering a seemingly fatal blow. Regardless, they have achieved the near-impossible, and their efforts shouldn’t be in vain. So without further ado, lock your doors and windows, dear reader, here’s four Unexpected Horror Survivors. 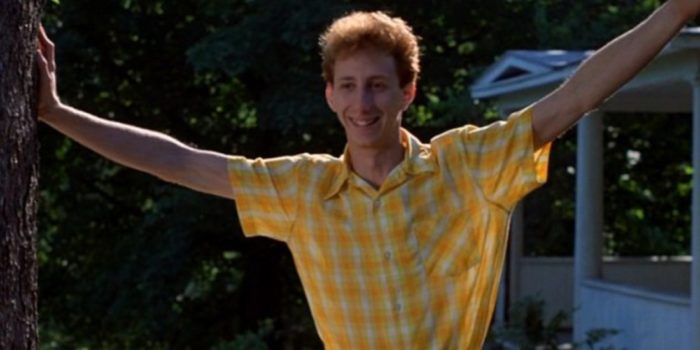 At first glance, Ted (Stu Charno) seems like the perfect candidate to end up on the wrong end of a killer’s machete. This tall, lanky stork of a man (as described by James A. Janisse from the YouTube channel Dead Meat) is a prankster who participates in Paul Holt’s camp counselor training near Camp Crystal Lake, the hunting grounds of the infamous Jason Voorhees. Rather than remain behind at the Packanack Lodge with some of the other counselors, the easy-going and fun-loving Ted accompanies Paul, Final Girl Ginny, and a few other camp counselors into town for a night of drinking.

Unsurprisingly, Ted gets pretty dunk, and in one of the smartest decisions of the entire franchise that probably saves his life, the young man realizes he’s too drunk to drive back to the Lodge and opts to spend the night at a local motel instead. This one decision spares Ted from a nightmare-fueled evening of chaos and bloodshed and he probably emerged hungover in the morning to learn of Jason Voorhees’ massacre of his fellow camp counselors. The pranksters and jokesters of the Friday the 13th franchise typically find themselves counted among the numerous victims of the Camp Crystal Lake Killer, but Ted’s one good choice spared him from the wrath of Jason Voorhees. Good going there, Ted.

Karla Wilson—I Still Know What You Did Last Summer

Maybe Brandy’s star power saved Karla in the end, but there’s no denying the best friend of Julie James (Jennifer Love Hewitt) is a Final Girl as well. Karla appears in the 1998 slasher sequel to the 1997 classic I Know What You Did Last Summer, which follows a group of teens who are stalked and murdered by a fishhook-wielding killer after they kill someone in an accident. The sequel takes place one year after the original, and the fishhook killer returns to stalk Julie and her friends while they vacation in the Bahamas. The fun, studious, and brave Karla has several run-ins with the killer, who murders her boyfriend and attacks her before throwing the young woman through a window.

Of course, you can’t keep Brandy…uh, Karla down, and the young woman emerges alive to join Julie and her boyfriend Ray as the survivors of the second massacre. Being the best friend of a Final Girl typically spells doom to whoever holds the title but Karla beats the odds and lives to fight another day. 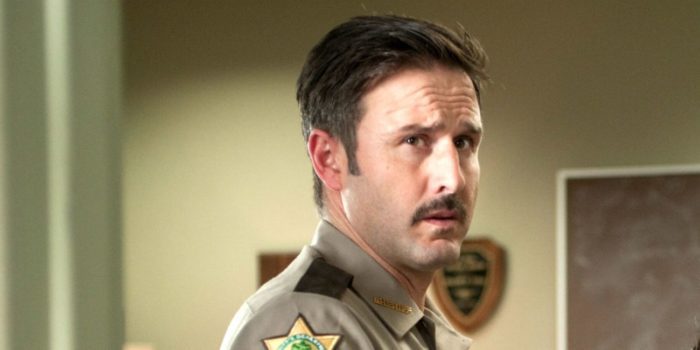 After four installments of the Scream franchise, the lovable Dewey Riley (David Arquette) has proven himself a hardened survivor, a fighter capable of taking on multiple Ghostface killers and emerging alive each time, though often thanks to good luck. As unkillable as Dewey seems now (you hear that Scream 5? Don’t get any funny ideas!), his first encounter with the Ghostface killer in Wes Craven’s genre-defining teen slasher, Scream, almost spelled doom for the character. In the fight against Ghostface, Dewey is stabbed in the back, which was supposed to be the end for the dorky deputy sheriff but Wes Craven and test audiences liked the character so much that Craven decided to film an end scene in which Dewey is loaded into an ambulance and taken to the hospital.

Dewey would go on to have a substantial role in the franchise, eventually marrying Gale Weathers (Courtney Cox) and becoming a vital ally to Final Girl Sydney Prescott. Too bad Randy wasn’t granted the same mercy as Dewey. 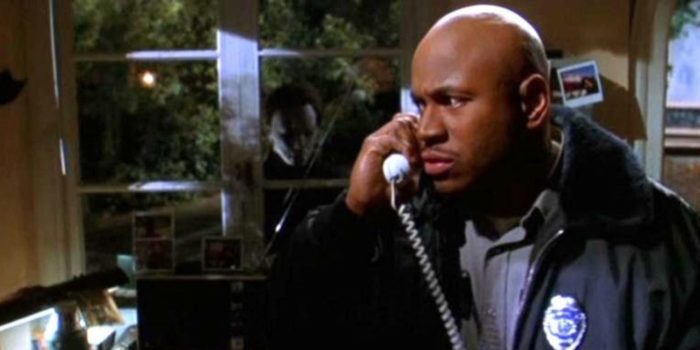 Ronnie Jones (LL Cool J) made his mark in the Halloween franchise after surviving Michael Myer’s bloody rampage at the posh private school Hillcrest Academy. The security guard and romantic novelist had no idea he was actually working for Laurie Strode, now known as Keri Tate, the survivor of Michael’s infamous killing spree in 1978 and his biological sister. The good-natured Ronnie didn’t have a huge role in the 1998 slasher but he made quite an impression in his short amount of screen time nevertheless.

The security guard spends the evening reading his new romantic novel to his wife (who both enjoys her husband’s hobby and equally finds it unsustainable) when Michael arrives at Hillcrest and shuts off the power. As the bodies start piling up around them, Ronnie attempts to investigate and protect Keri Tate and her son when he is shot by Keri’s boyfriend, Will Brennan. This appears to be the end for the character, but Ronnie emerges alive after the massacre and excitedly calls his wife, informing her he is now planning on writing a romantic thriller. Best of luck to you in your budding writing career, buddy.