I have been watching horror films for the better part of 36 years (yay for lack of parental concern!), and in that time, I have come across just about every kind of villain. My very first was Jaws. The shark was probably an all right guy, to be honest; after all, we were the ones splashing around in his house. It’s also possible the shark was an all right gal; I have no earthly idea if that ever came up.

Either way, I think it’s time I sat down and decided who my favorite villains really are. I imagine there will be many mainstream candidates, but I will try to think of some more B-horror/obscure horror villains who deserve some media coverage.

I think people typically count down through their favorites list, but must I? The idea that any single villain is better than the other seems unfair to the villains; they have all put in the work. I mean night after night of committing heinous acts and terrifying feats for the masses. It just doesn’t seem right, so here they are, in no particular order, my favorites. 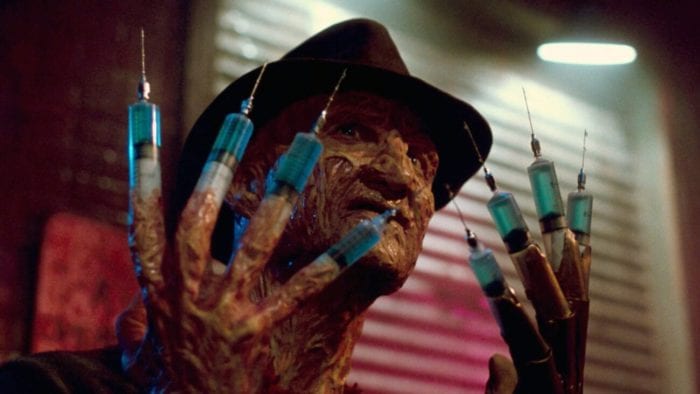 Freddy Krueger. Okay, duh, this is an obvious choice; I know I am not telling anyone anything new. Please don’t bail, I promise to dig a little deeper from now on, but Freddy is just so ridiculous and funny. Also, as I write this, I think Freddy is the only light-hearted entry, so I hope you enjoy him.

While some villains are unwilling villains, I have to say that Freddy kind of got what he deserved. There is a deeper backstory to Freddy Krueger, not that he needs it, as he was taking and murdering local children.

Freddy got off on a technicality so the townspeople decided to get their own justice, hunting him down and burning him alive. This vengeance fueled Krueger to go on and attack the children of those who murdered him.

I don’t know if Freddy ever really scared me; I mean, I know I used to be convinced that he and Jason Vorhees lived between the crack in the wall and my bed, but beyond that, I think he was mainly just entertaining. He is one of the funniest villains I have ever encountered.

The A Nightmare on Elm St. films were based on an absolutely terrifying idea, and comic relief in horror isn’t a new concept, but when the humor comes from the villain? Now you’ve really got something.

I don’t know if a scene with a tongue coming through a telephone is supposed to be hilarious, but to me, it was one of the funniest things I had seen at the time. The humor wasn’t relegated just to the props; Freddy had jokes while he was chasing you around dreamland. Sure, he was trying to kill you, but he really added some flare. “I’m your boyfriend now, Nancy,” is a famous zinger, and his offer to “suck face”? Not sure who could pass that up.

I credit Robert Englund for making these cheesy lines so good; his delivery was always perfect. I am not sure why there would ever be a reason to make a Freddy movie without Robert England (yes, this is shade), and I hope I never have to sit through another one. 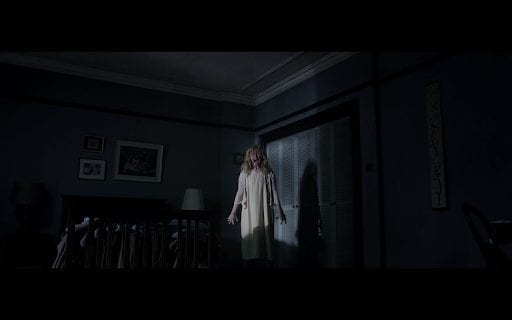 So, to start, it took me a good year of calling The Babadook, “The Badabook.” I eventually bought a movie poster that I can see from just about anywhere in my main living area—problem solved. I went into the movie completely blind, and to be honest, I wasn’t watching it with any critical analysis.

I think I made a social media post asking if the film was about motherhood’s horrors, as a joke, because of the screaming child. Okay, because of the child in general, Samuel, played by Noah Wiseman. Samuel is one of the most unnerving children in cinematic history. By the time I made it to the end of the film, I had realized some of the things I had missed in real-time.

So, The Babadook can be taken many ways and has been, but I like the idea that The Babadook is grief. We all handle grief in our own way, and grief is not linear. Time doesn’t heal ALL wounds; sometimes, time just softens the edges.

I feel like The Babadook is showing us the horrors of what can happen if we try to bury and ignore our grief. It is not the grief that is to be feared but what it can do to us, what it can radiate out to and touch in our lives.

That is the monster, the thing that can break us, ruin friendships, hurt those in our care, and drive wedges to isolate us until we are all alone in that grief. The Babadook will not be ignored, and if that’s not a metaphor for grief, I don’t know what is.

Oh, and in its spare time, The Babadook managed to become an icon for the LGBTQ+ community, if you needed any further reason to love this villain.

I am using a loophole here to talk about Candyman even more. I have two articles on the movie already (one on Candyman, one on Cabrini-Green), but I don’t think I have ever invoked the name, Daniel Robitaille, until now. Daniel is a tragic villain, and for the most part, an unwilling villain. He was just a man with a gift for art, who fell in love with a white woman.

To me, this story continues to be timely because we continue to live with racism, and because Black people continue to deal with the idea of being murdered for living everyday lives. Daniel serves as a reminder of this ongoing struggle for morality, and if I had to take a wild stab in the dark, it might just be at least a passing point made in the upcoming Candyman film (which has recently had its release date moved back to 2021. CURSE YOU, 2020).

I love Daniel Robitaille as a villain for many of the same reasons I love any villain. Daniel represents a fear that is already within us, and for each of us, that fear is up to interpretation. We can choose to consider Daniel as a villain, or, as I did with the Babadook, we can look further to find the trauma and see Daniel Robitaille as a manifestation of that trauma, a representative of that traumatic event.

We don’t get the full story of Daniel Robitaille until Candyman 2: Farewell to the Flesh. The sequel gets mixed reviews, but it’s an essential addition to the character development of our villain. In Candyman, we only get a brief overview; in the sequel, we get a real look at what Daniel was put through. I understand that not everyone wants to see that in gory detail, but for some of us, perhaps it should be required viewing. 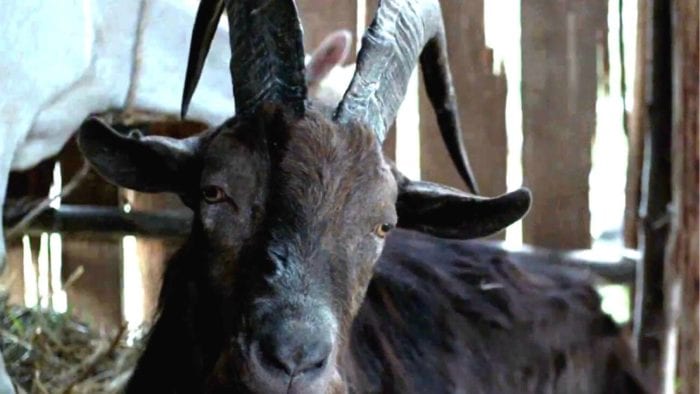 I went into this film blind, and I am so glad that I did. Black Phillip gets a name eventually in the film, but he is really there from the moment we see religion at all. Black Phillip is the personification of this almost crazed fear of witchcraft, the devil, literally any belief that doesn’t fall in line with whatever group you happen to be huddled up aside.

The entire film revolves around the slow isolation and disdain for Thomasin. She is seen as a bad child, and eventually, her family becomes convinced, she is a witch. They push her further and further away from the religion she has been raised with and closer to Black Phillip, a concept first introduced by Thomasin’s younger twin siblings. I want to dig into that whole twin situation a bit more someday because—who told the twins about Black Phillip?

In the end, Thomasin is alone, persecuted, and the evil child who let bad things happen or perhaps even caused them, not even Thomasin herself knows anymore. At this lowest of lows, Black Phillip swoops in and offers her a life and a family. Had her own family been able to love her and believe her, there may never have been a need or an opening for Black Phillip at all.

Black Phillip is the villain of fear, or perhaps Black Phillip is liberation and is only a villain to those who chose to see him that way. This ambiguity is why I love Black Phillip as a villain. I think at first, I was hoping Thomasin and her family would make it. By the end, I was rooting for Black Phillip to be real and to come and help this girl. Much like with The Babadook and Candyman, Black Phillip is what you make him, making him a great villain.