The 2016 South Korean film Train to Busan took the world by storm. Not content with being just another zombie film, Director Yeon Sang-ho and Writer Park Joo-suk created a sensation with heart-stopping thrills mixed with fully-realized characters and biting social commentary. What resulted was a zombie film unlike any other that was able to stand out from the pack while being a hit with critics and audiences alike.

Fast forward to today and, with the same writer and director returning, the question would be: can Peninsula top the high standards they set with the original? The short answer is no, but that also is not a bad thing.

Like the release window between Train to Busan and Peninsula, the sequel picks up four years after the events depicted in the first film. Our hero Jung Seok (Gang Dong-won) along with Chul-min (Kim Doo-yoon) and two others enter Incheon, within the peninsula of South Korea, to retrieve $20 million in cash. Upon retrieval of the money, they are to rendezvous at the Port on Incheon and escape via boat back to Hong Kong.

Even with a horde of zombies roaming the area, Jung-seok and Chul-min believe this mission will easily succeed. Once on the peninsula, the mission does not go according to plan. Jung-seok and Chul-min find that they have to contend not only with the copious amounts of zombies but alos those living among the infected and a militia known as Unit 631. 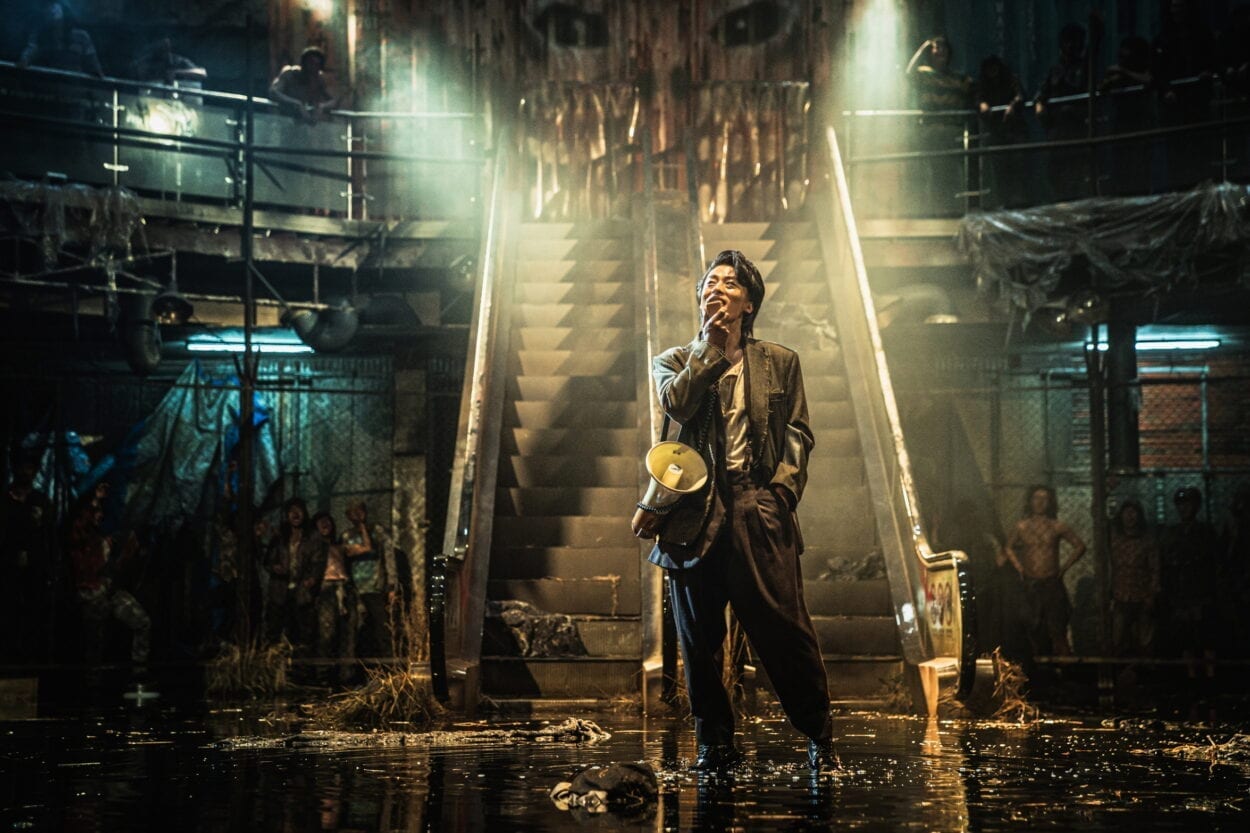 I do applaud what Yeon Sang-ho and Park Joo-suk attempted with Peninsula. Instead of creating a full-on cash-grab that plays out like a retread of the first film, Peninsula follows a plot more akin to John Carpenter’s Escape From New York crossed with Mad Max. Once Peninsula gets to the meat of its plot, the film plays out like a typical “ticking clock” film as the characters work to escape varied situations on the peninsula.

Speaking of cash-grab, certain parallels can be drawn between the plot of this film and the thought process of those behind Peninsula. While the characters in the film return to a familiar area to obtain a large amount of cash, the same could be said for the filmmakers as well. Peninsula revisits a lot of the same tropes that the audience of the first film would already know. We learn more about the origins of the virus, but the zombies themselves are the same as the first film: rage-filled, fast, and deadly. From a horror standpoint, there is not a lot here to identify with that you could not find in Train to Busan more well done.

What we can identify with instead comes from opening the world from a claustrophobic train to the wide-open spaces of a city. The film explores the psyches of those within the peninsula the most. Seeing how their mental state has deteriorated after being sealed off from the rest of the world for four years drives a bulk of the horror and action. As the film progresses, the film splits its time between a close-knit family and the unhinged members of Unit 631.

From this point, we can see the different dynamics that Yeon Sang-ho is aiming for with Peninsula. Gone are the themes of class-divide and work versus family. Peninsula instead focuses on characters dealing with greed, amending past mistakes, and the fall of societal structures amongst the people. Without going into spoiler territory, our hero sees the opportunity presented to him initially as a chance to make easy money, yet it turns into a shot at redemption for past mistakes. 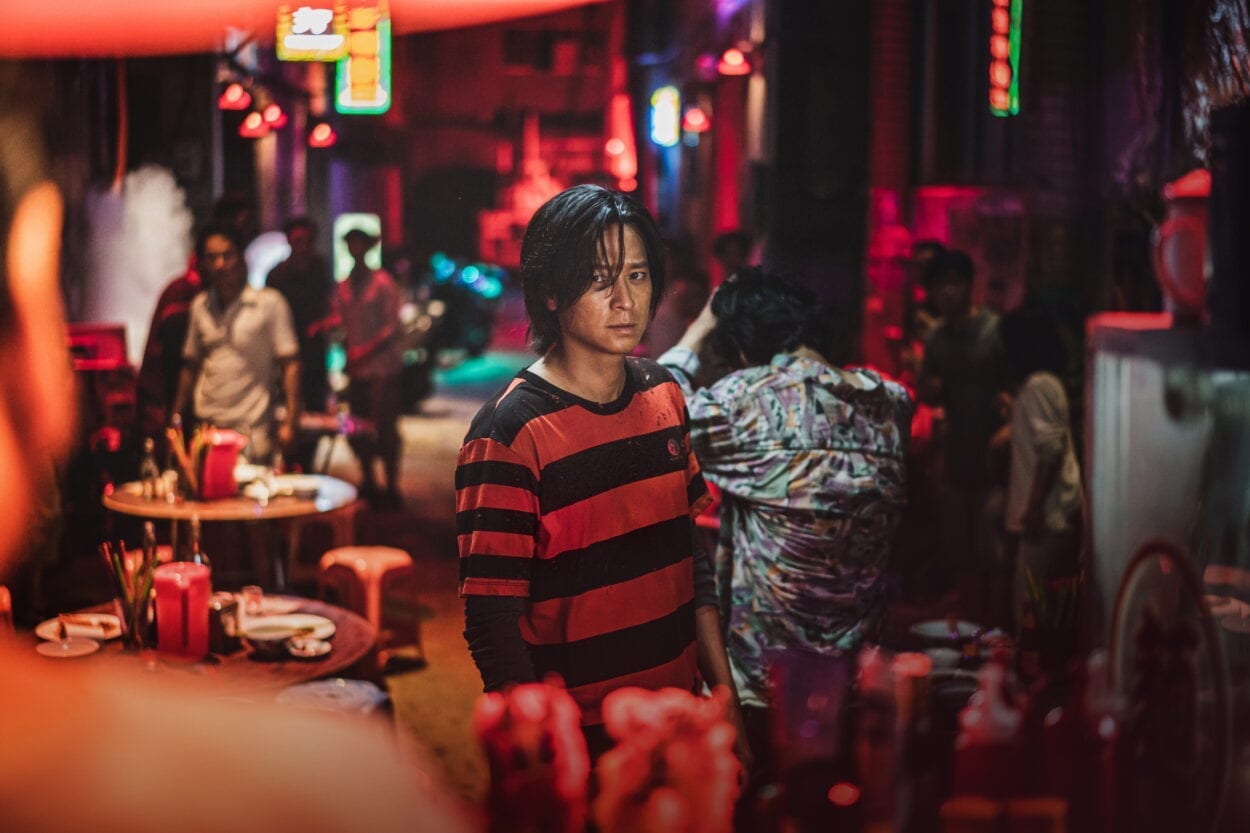 In an unusual turn, Peninsula has more than a few moments of comedy that mainly come from the close-knit family we meet early on. The family includes Min-jung (Lee Jung-hyun), the mother of two sisters, Jooni and Yu-jin (Lee Re and Lee Ye-won), and their grandfather, Elder Kim (Kwon Hae-hyo). The two sisters, in particular, deliver a large chunk of the laughs via wisecracks and their handling during the zombie pandemic. For some, the choice to lighten up the mood during certain parts of the film may rub people the wrong way. As someone who liked but did not love Train to Busan, I did not feel that this deterred from the overall looming threat.

The remaining focus of the film dwells within a compound where Unit 631 is housed. Led by Sergeant Hwang (Kim Min-jae), he leads the rogue unit in gathering supplies and captives to participate in a life or death game wherein those captured are to battle the zombies. Those in charge of the compound find out about the rendezvous and plan their escape from the peninsula.

Everyone in front and behind the camera steps up and brings their A-game. Making a worthy sequel to Train to Busan takes a Herculean effort all around. Lee Jung-hyun deserves a special mention of being able to portray a woman who has lived a life but will do anything to protect the lives of those around her. Lee Jung-hyun is the heart and soul of Peninsula and holds your attention every second that she is on screen. 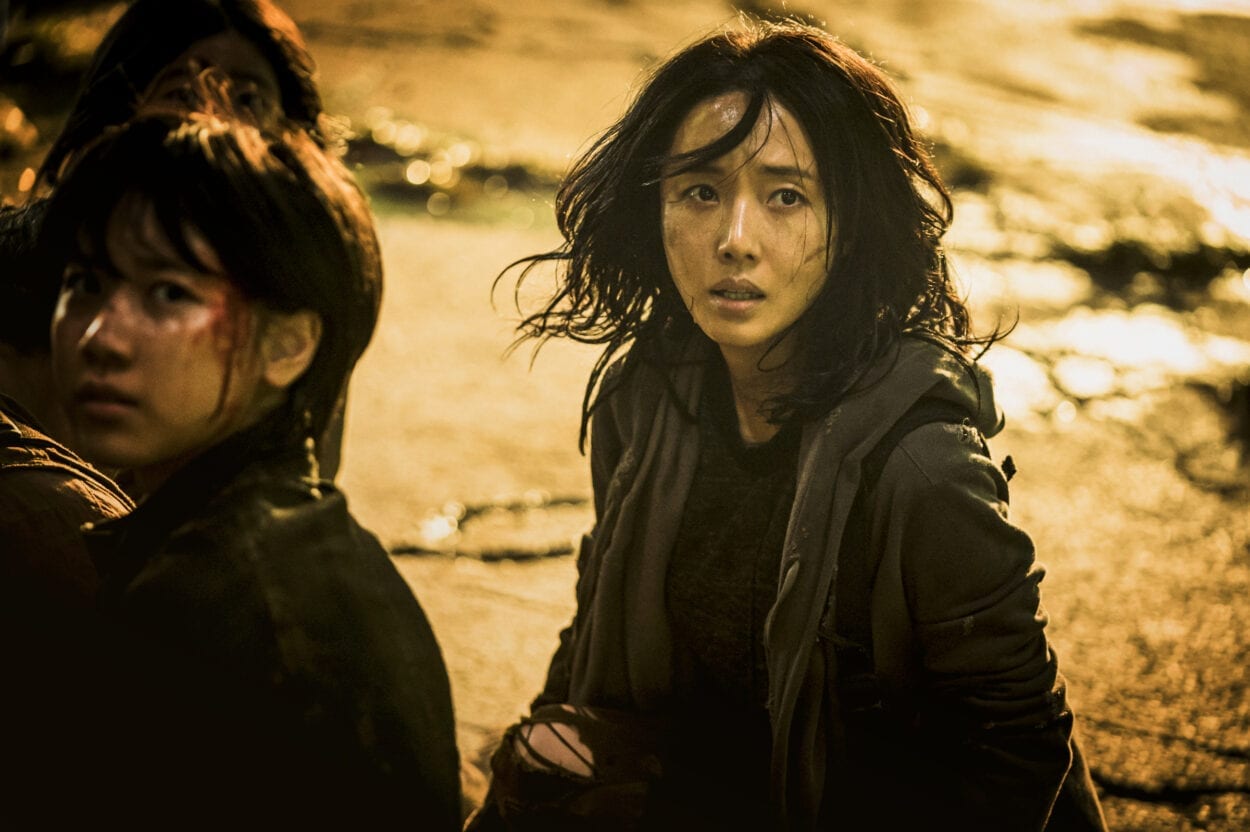 Where Peninsula may have shortcomings are in character depth and storytelling. Director Yeon Sang-ho perpetuates the film with stylish action sequences, mainly involving vehicles. The film certainly had a budget, and every cent is shown on screen. Starting with a gripping opening scene, to Joon and Yu-jin’s introduction, and an elongated chase to end the film, Director Yeon Sang-ho ensures that the viewer is never bored.

It may sound like faint praise, but Peninsula never bored me. While the choices made are commendable, one can’t help but wonder if sacrifices in character development were worth the additional action. There is nothing wrong with a movie being entertaining, but when the original is held in such high regard, it puts added pressure on the sequel to meet those grand expectations. And that is not fair for Peninsula. Yeon Sang-ho, Park Joo-suk, and the entire creative team work hard to ensure the film never comes across as dull. Certainly, reaching the lofty bar set by Train to Busan is practically unattainable, and it would be foolish to expect otherwise. As its own film, though, Peninsula works well to be a solid entry within the zombie subgenre while doing enough to justify its existence.