The Last of Us Part II is an emotional drag through the mud. It’s fun, it’s beautiful, and it will kick you in the teeth and leave you asking for more. The game is a direct sequel to the 2013 game The Last of Us, which featured a grizzled smuggler named Joel attempting to ferry a 14-year-old girl named Ellie halfway across the former U.S. 25 years after a zombie-like outbreak. The sequel follows Ellie nearly 5 years later as she seeks her revenge on Abby, a member of the Washington Liberation Front, based in Seattle. 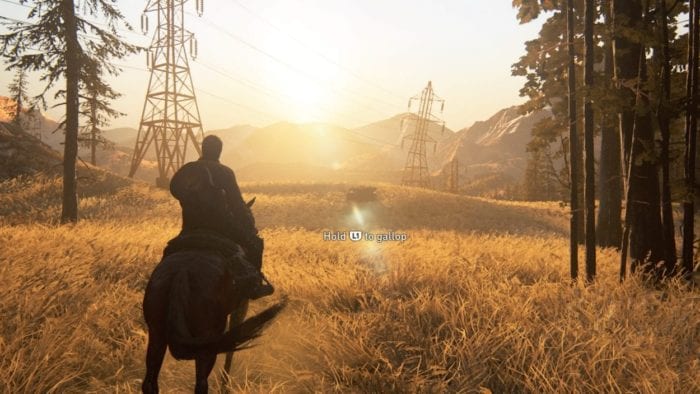 The game features absolutely stunning visuals, even on a baseline PS4. There are moments where the player is invited to simply enjoy the view as the sun sets on a beautiful field of grain. Naughty Dog is clearly proud of their work, and they’ve earned the right. The PS4 fan does get a little loud while the game is running, but that is par for the course for this console.

The gameplay and combat will feel familiar for fans of the original Last of Us. Naughty Dog builds on what worked in the first game and adds a series of mechanics that only enhance that experience. The combat system has been expanded and remains intuitive, but difficult enough to be rewarding. It’s not a perfect system, and at times still feels clunky and slow, but its a vast improvement on the original. The crafting system hasn’t been entirely revamped but has been adjusted slightly. The addition of craftables such as silencers, and different ammo types, allows for a wild variation in how you use the materials you scavenge in Seattle.

Additionally, the level design is more expansive and less linear in this game. While the original Last of Us allowed the player to poke around a bit and explore, The Last of Us Part II allows the player to be more autonomous in their travel. It’s not an open world by any means, but being more open-ended allows the world to feel more alive and lived in than before. Seattle is full of nooks and crannies to explore, and the game often rewards you for going out of your way in the search for an extra bullet or two. 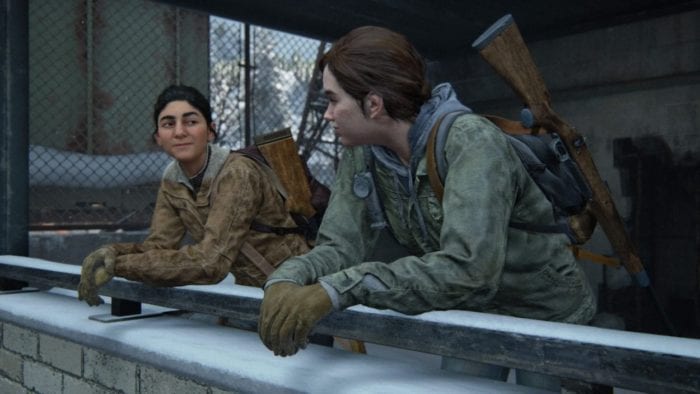 The voice acting and sound design truly are the cherry on top of the game. There isn’t a single talent wasted among the cast, which pulls from the best of the best in the voice acting industry. Ashley Johnson’s superb voice acting immediately pulls you into the character of Ellie and sets the bar high for her costars. All of this set to Gustavo Santaolalla’s soundtrack, which is eerily perfect for the tone of the game.

All in all, on a technical level it’s a perfect follow up to the original game. Every little thing feels like a small improvement on what worked in the first game. There is one divisive element though: the story. Depending on who you are the story is either, a perfect follow-up to where The Last of Us left off, or a grab bag of different emotional twists and turns that leaves the player confused about what the game is actually trying to say.

The story is full of false climaxes and strangely placed flashbacks that can leave you with a sense of whiplash. It’s also full of moving moments between characters, and stellar storytelling that leaves you refusing to put the controller down and playing for one more hour.

The game mostly takes place in Seattle over the course of a few days, which erases the globetrotting feeling that pushed the first game forward, but it also allows for a more succinct story. The game reaches for the stars, but whether they fall short is—in the end—subjective. 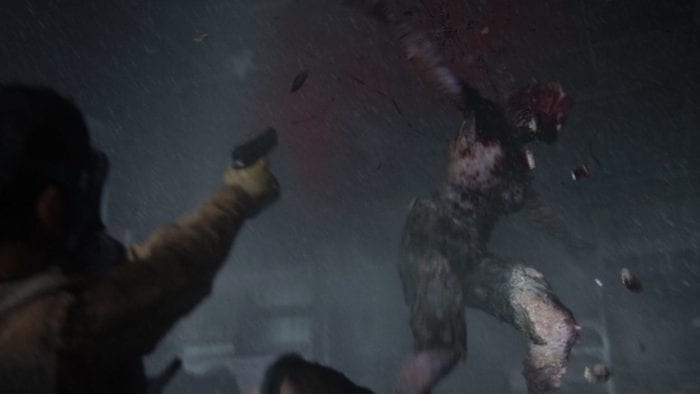 I found the story to be thrilling and fell in love with every character that populated the world, but I will also admit that, at times, it feels as though Naughty Dog tried to do too much. The game never drags, but does at times feels long. It mostly works, but sometimes the cracks do show, and it’s easy to see how someone could fall in. I loved the game, and will proudly admit that it’s quickly becoming my favorite game—perhaps of all time—but I can also see how it could miss the mark for some people. Nevertheless, I would encourage everyone to play this game. Despite its drawbacks its an amazing ride and well worth your $60.

There are, of course, those who will detract from the game because they see it as “SJW Trash.” I won’t encourage these people to play this game because it isn’t for them, and I’m not sure gaming is either. This game features a lesbian relationship and a transgender man, and it is better for it. The outcry you’ll encounter from those voices isn’t legitimate criticism, it’s the death cries of people who know their time is coming to an end. The gaming industry isn’t niche anymore, and companies like Naughty Dog don’t need money from bigots. They’ll be fine without it. The gaming community is becoming more accepting, and no longer needs to cater to them.