Horror and science fiction are similar to Elvis and The Beatles, insomuch as you may enjoy both, but you probably like one much more than the other.

When making a film, intent becomes irrelevant upon release. Whatever you, the filmmaker, were aspiring to do now takes a back seat to what it actually achieves. The most basic example of this being… it’s probably fair to assume most filmmakers set out to make a good movie. But it doesn’t always turn out that way, does it? Sometimes the best intentions pave the road to hell. As such, you may have set out to make a science fiction film, even marketed it as such, but then it fails to evoke the emotions of a science fiction movie. Fortunately, that doesn’t make your movie a total loss. Perhaps it tickles a different nerve. When discussing sci-fi, often enough, it’s the horror movie nerve being tickled.

Let’s first look at which feelings a sci-fi movie should evoke. Wonder, bewilderment, astonishment, disbelief, maybe even some confusion or surrealism. It might offer a bit of scientific or technological commentary. And of course, many sci-fi movies evoke aspects of other genres like action, drama, comedy, or horror, but for your work to be a bonafide work of science fiction, it should, at its center, feel like science fiction above all other genres.

Let’s take a look at a movie that unquestionably achieves this.

The original Total Recall is a fine example. It’s funny, it’s action-packed, over-the-top, and disgusting, but when the movie fades to white, we feel as though we’ve watched pure science fiction.

And what attributes define horror? Darkness, disgust, dread, fear, and of course, the ability to horrify.

Horror and science fiction are sister genres, that’s no secret. The two tend to swerve into each other’s lanes quite often. Birdbox, A Quiet Place, The Invisible man, these are all examples of recent films blurring the line between horror and science fiction. But ultimately, one genre usually takes over in the end. This is a list of my personal favorite movies that are often marked in the sci-fi category but that I believe should be moved over into the horror column. 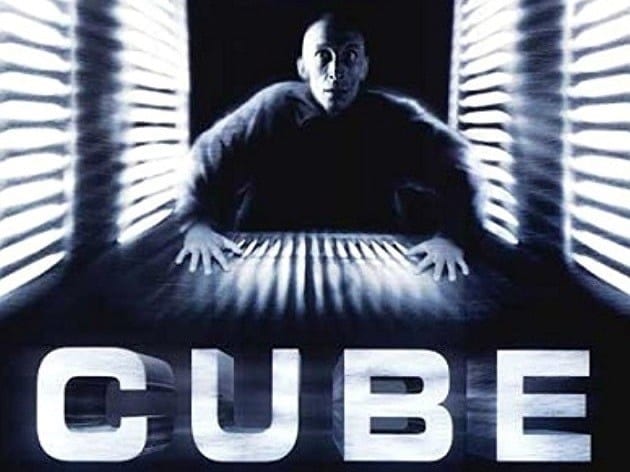 Whether you, dear reader, believe Cube to be a horror or science fiction film, we can probably agree on one thing. Cube is fucking underrated. Before that godawful Saw franchise, there was Cube. It set the tone for a number of movies to follow, like the aforementioned Saw, plus titles like The Platform, Exam, and probably a hundred others.

The premise is definitely science fiction. Cube takes place inside a high-tech prison run by a secret organization, probably not entirely unlike the CIA. People have to solve math problems to escape, the vivid multi-colored rooms do feel like a beautiful setting for a science fiction film, and this prison was devised by mad scientists—or at least scientists less reasonable than what you’d expect from a people of science. There’s an argument to be made that Cube is a sci-fi film.

Despite Cube’s sci-fi premise and setting, the movie focuses on two things: escape and the threat of impending violent death. It puts the creative violence on a pedestal. We spend the movie wondering how the hell these people are going to escape this nightmare alive—a horror movie premise if there ever was one. Furthermore, we’re less fixated on the escape as we are giddy with anticipation, awaiting the next insanely violent death.

The opening scene of Cube establishes it as a horror film when a man is sliced to bloody pieces by some kind of metal grate passes through his body with ease and at lightning speed. Whatever else this movie has to offer is incidental. We want more of that.

And we get it in this 1997 Canadian horror classic. 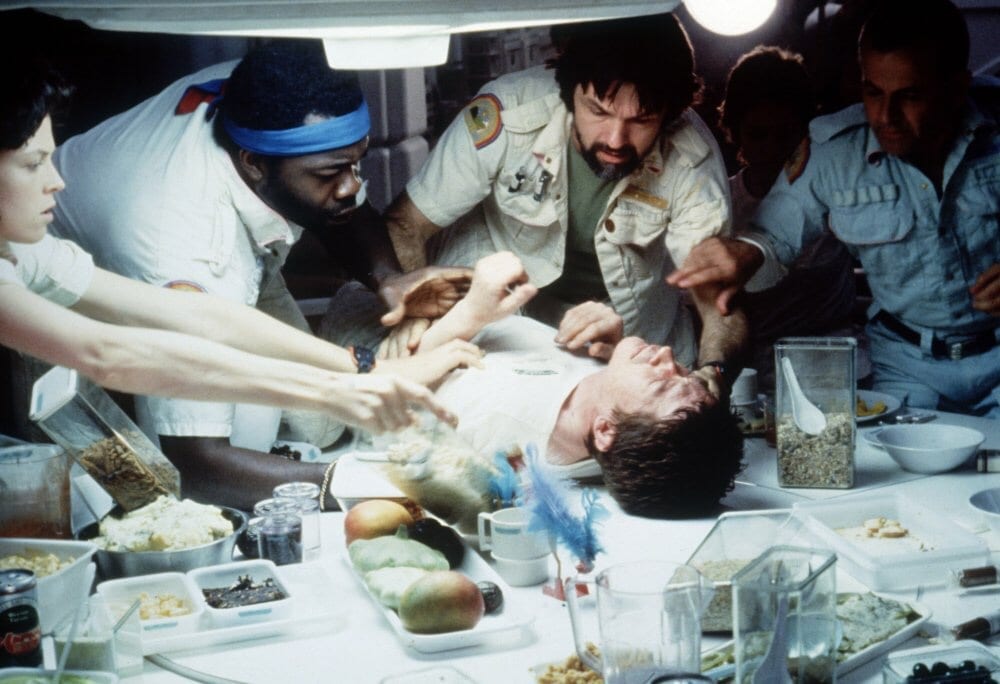 Do movies get more influential than the original Alien? It’s an unquestionable masterpiece, it kick-started the career of Sigourney Weaver, it spawned three sequels, two prequels, and whatever the Alien Vs. Predator movies were. Toys, comics, books, video games, Alien is an American institution. It’s not just beloved by science fiction fans or horror fans, pretty much everyone loves it.

As ubiquitous as the Transformers universe, but good (mostly).

But is it horror or sci-fi? This is a tough one.

Alien is a bit controversial in this discussion because for years science fiction fans have claimed Alien as their own. Meanwhile, horror fans have correctly pointed out that this is, undoubtedly, a gothic horror film. This mistake on the part of sci-fi nerds is understandable. After all, it does take place in space, on a space ship, and as the title suggests, the film’s antagonist is an alien. It sounds like I’m describing a science fiction movie.

But the famous tagline for Alien is not “In space, no one can hear you swing a lightsaber,” it’s “…no one can hear you scream.” And why would you be screaming? Because you’re being chased by a monster. Alien is a monster movie, through and through. It relies on horror to be an effective film. The xenomorph, the chest-burster, the face-hugger, the brooding gothic sets, it’s unmistakably horror. The monster is technically of the extra-terrestrial persuasion, yes. But the monster in Jaws is also technically just a shark. Just like Alien, Jaws is a classic monster movie. Monsters don’t always have to be supernatural, cryptozoological, or some kind of mutation. Monsters come in various forms. 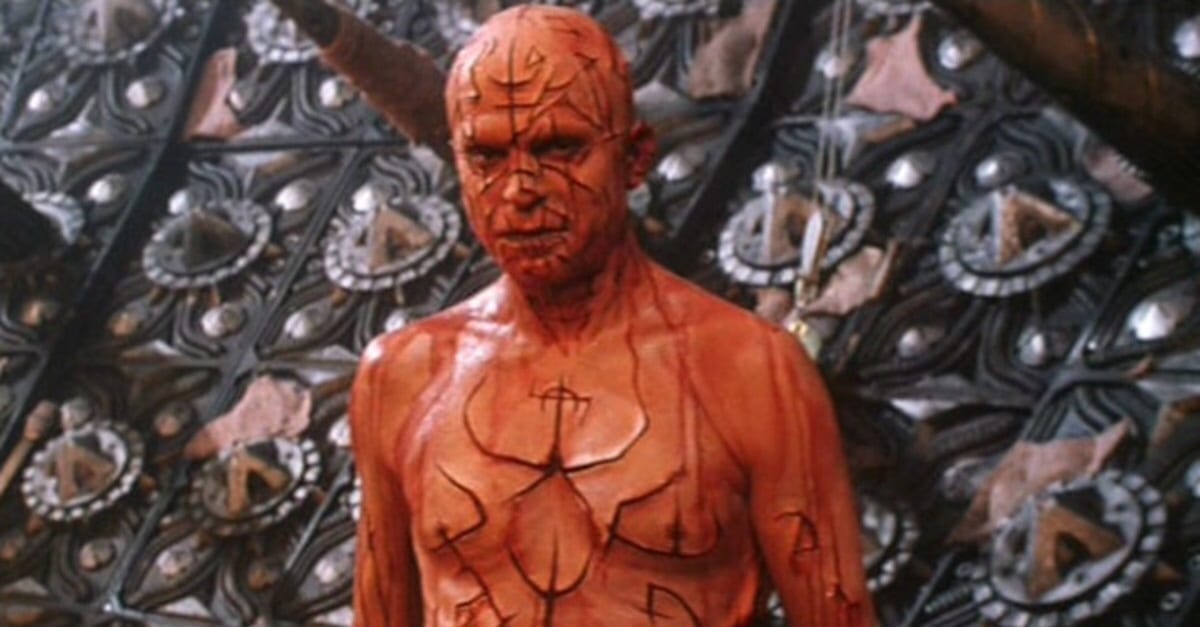 Alongside Candyman, From Dusk Till Dawn, Silence of the Lambs, Tremors, and Misery, the Paul W.S. Anderson cult film, Event Horizon is one of the best horror movies released in the ‘90s. If you’ve never seen it (and it appears there’s a good chance you haven’t), please stop what you’re doing and check it out. As of the time of this writing, it’s on Netflix. It stars Laurence Fishburne and Sam Neill as they go in search of a missing space ship and its seemingly-evaporated crew.

Just like Alien, this movie takes place in space. It involves more than one space ship, the planet Neptune, it’s really got the feel of a science fiction movie.

Event Horizon is basically Hellraiser wrapped up in a Star Wars blanket. Spoiler alert: The original crew from a ship called The Event Horizon, has somehow crossed over into literal hell and are found on video by the Lewis and Clark expedition. The lost crew is seen in the video being mutilated, raped, tortured, all kinds of unsavory activity. Amidst all this insanity, the Event Horizon crew is warning the Lewis of Clark crew to get the fuck out of dodge and save themselves from hell and presumably eternal torment. Meanwhile, the Lewis and Clark crew are seeing hellish hallucinations, eyeless dead relatives, and other assorted images we’d all rather not see. If that’s not horror, nothing is. 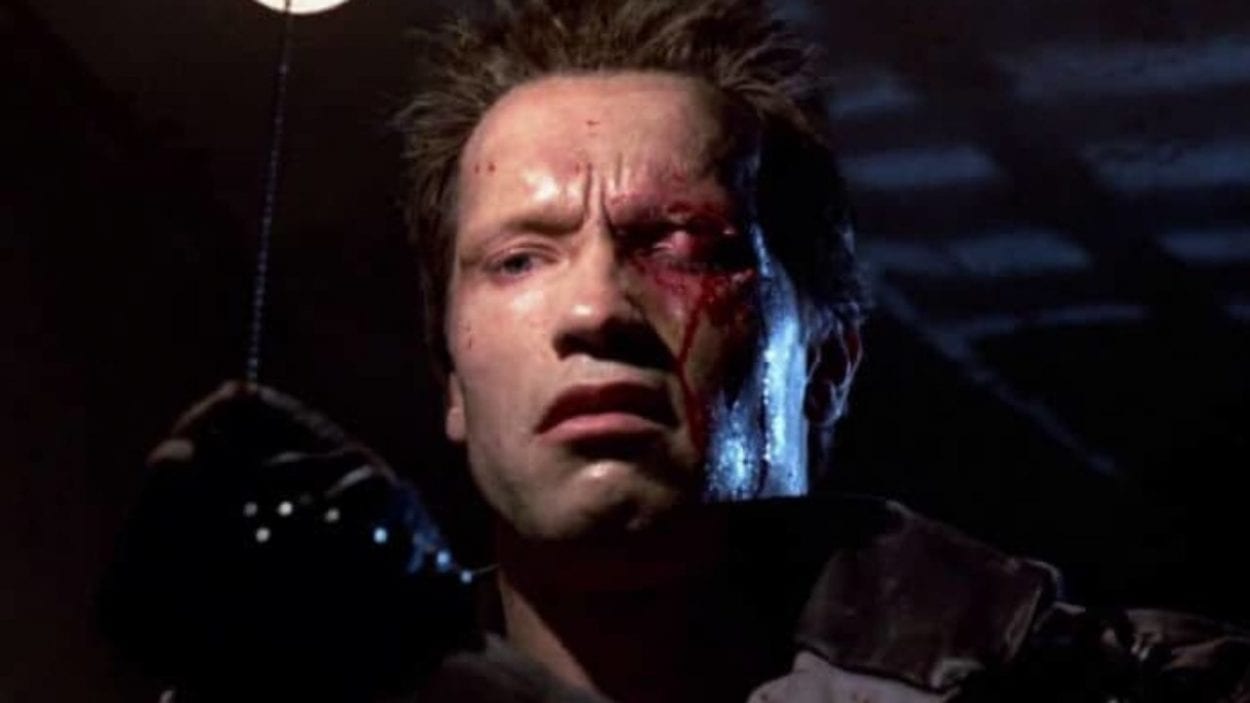 Do you know what the biggest flaw in the Terminator franchise has been post-Terminator 2: Judgement Day? The filmmakers keep trying to make an action/sci-fi movie instead of going back to the horror roots of The Terminator.

So obviously, The Terminator is about a cyborg being sent back to the ‘80s from a dystopian future by Sarah Connor’s unborn son and leader of the resistance, John Connor. That’s about as science fiction as it gets, right?

Well, almost. Problem is, the resistance, the war against the machines, all that cool science fiction shit, it’s barely in the movie. The machine war is pretty much reduced to flashbacks and nightmares. The actual setting for The Terminator is Los Angeles in the ‘80s. What we actually have in The Terminator is a slasher movie with some action sequences. Arnold Schwarzenegger even slashes (or shoots) his way through a bunch of innocent Sarah Connors trying to get to the correct Sara Connor. He’s really not a far cry from Jason Voorhees. Unkillable, can’t be bargained or reasoned with, kills indiscriminately with no sense of remorse or emotion, and Sarah Connor is kind of the ultimate final girl when you really think about it.

This isn’t to say The Terminator is anything short of a masterpiece. It may well be my favorite film of the ‘80s. But if we’re being real, the movie is about 10% science fiction, 20% action, and 70% horror.

Filmmakers, stop trying to live up to the brilliance of Terminator 2: Judgement day and make Terminator horror again.