Halloween Kills is on the horizon, friends. We’re about 5 months out from the release, and I’m excited. Granted, the release date could change due to COVID-19, but as of right now it’s scheduled for October 15th, 2020. That being said, with the release of Halloween back in 2018 that directly follows Halloween from 1978 (I wish they did something new with the name. A sequel with the same name as the original is weird, right?), a new timeline was effectively created.

Furthermore, it was definitely not the first time this has happened. In total, there are four timelines. Some would argue five, but I disagree that the original is its own timeline. I understand that John Carpenter didn’t have plans for a sequel, but it happened anyway. He even wrote it. He essentially disavowed it later down the line, but that’s neither here nor there. Also, let me add that Halloween III —while technically part of the franchise—is not counted here.

The criteria for this list are simple: Michael Myers has to be in it and no sequel will be ignored for my own Halloween elitism. So, my friends, as Halloween Kills closes in, let’s take a look back and do a full timeline ranking and see where the newest timeline ranks in the series. 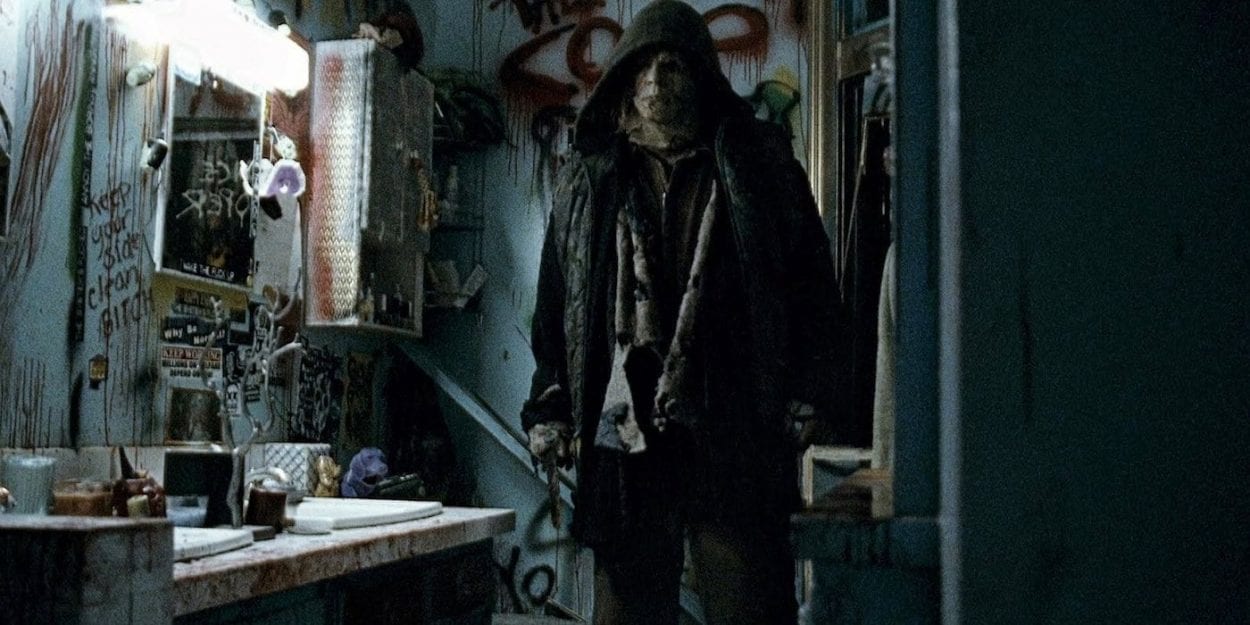 Let me preface this one by saying that I don’t absolutely hate Rob Zombie’s iteration of the franchise, but I absolutely do hate a lot of things about it. Firstly, we learn too much about Michael. When you give him a white trash upbringing, a very stereotypical serial killer origin via animal killing, and show him essentially devolve inside of the mental institution, you’ve lost me. You can’t make Michael be any more human than the audience should perceive him to be. Don’t even get me started on the “Die!” that he shouts out at the end of the god awful Halloween II. Also, what in the world is up with the Jason Voorhees-Esque mommy issues? What’s with the horse? What is going on in 90% of Halloween II? Honestly, as a regular old slasher flick—yeah, I can enjoy it. As a Halloween movie? That is a very firm, never-changing hard no on that.

As for the good? The second half of the first Rob Zombie Halloween film is actually pretty good. It’s the most brutal Michael has been (other than Halloween 6 and the 2018 Halloween), and he looks great as portrayed by Tyler Mane. The kills are fun in both movies, and Malcolm McDowell does a pretty nice job at playing Dr. Loomis in the first, not so much in the second. He became too ego-heavy, and, I know, that’s the character arc. It’s just not a good character arc, in my opinion. Scout Taylor-Compton does a pretty decent job of being Laurie in both outings to varying degrees of likeability.

The worst part? The first 20 minutes of Halloween II was amazing, only to be ruined by the fact that it was just a dream. Kind of serves as a metaphor for how I felt after watching these movies; why couldn’t it have been just a dream? 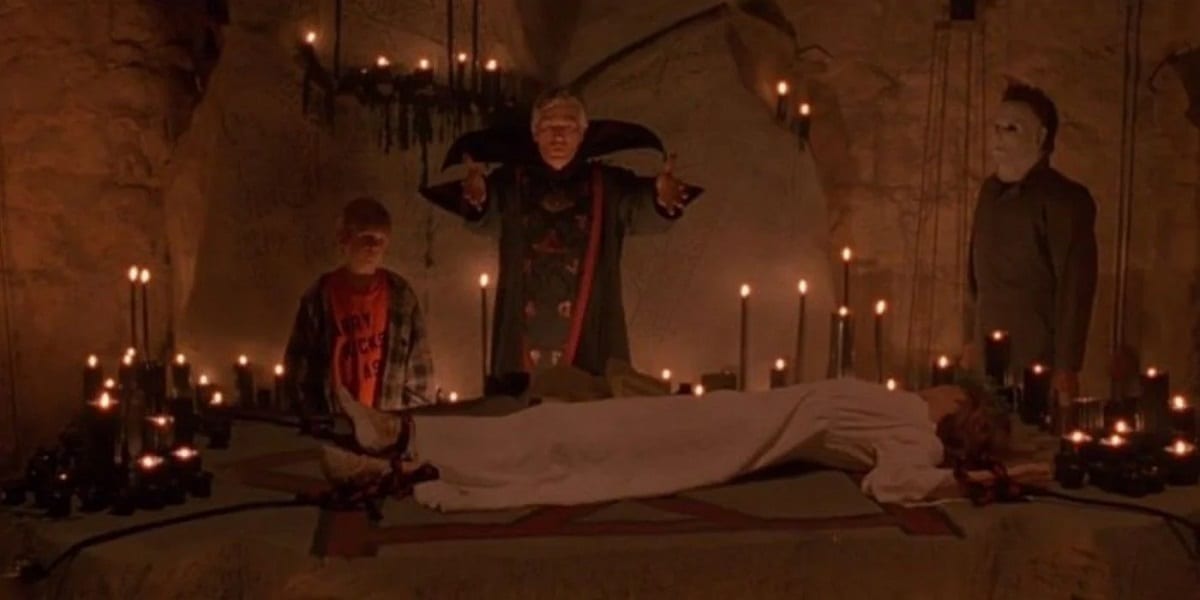 While I’ve grown fond of Halloween 4 and 6 in my later years, I still don’t think this timeline can be ranked any higher than it is. My enjoyment for 4 and 6, while increasing, is not anywhere near where I see a lot of fans’ love for them is. Michael still looks ridiculous in 4 with the hockey pad shoulders and that god-awful mask. I can’t stand Michael or almost any character in 5, along with the ambiguous man in black that the director shoe-horned in for no reason. As for 6? It’s fun for the spectacle and to see Paul Rudd but that’s it.

With that said, 4 and 6 have grown on me for the atmosphere and the enjoyment of Michael. Michael is absolutely brutal in 6, and regardless of his look in 4, he has a small dash of predatory stalking that helps build a little more tension. Also, the opening of 4 has the most fall atmosphere of the series. That’s about where the good ends, unfortunately. The original Halloween will always be my favorite horror movie of all time with its thick tension, its usage of the audience’s imagination, and a killer that seemingly has no motive which adds to the realism of the situation.

Halloween II, though? It’s a fair sequel in my eyes. They ramped up the gore due to the sudden onset of gory slasher flicks, which took out the effectiveness of Michael’s best qualities, but it’s not all bad. One could make an argument for it to be the best sequel in terms of having a hybrid-Michael, meaning a mix of the original Michael with the more modern, kill-crazy Michael. Maybe this calls for a full ranking of the series, and maybe we’ll get to that someday. 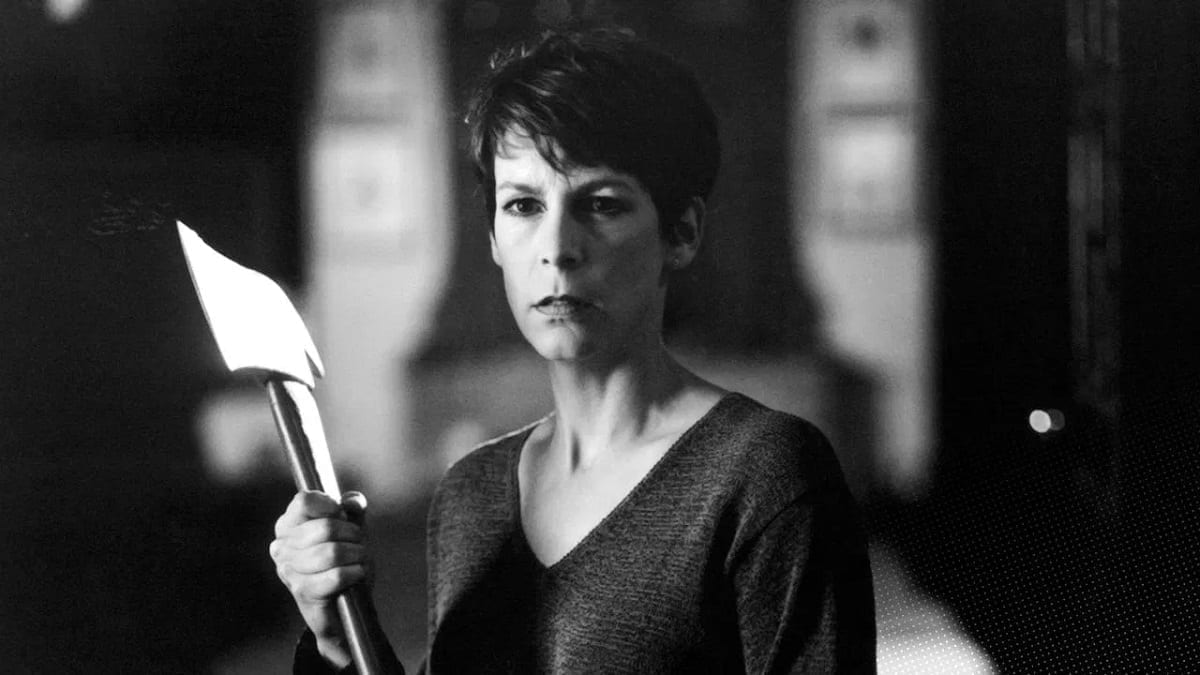 I know that a lot of fans would more than likely swap numbers 3 and 2 on this list, and I’d totally get it. For me, this one is at number 2 for one reason: consistency. There’s what feels like a natural progression of Michael throughout the original, the second, and H20 that makes H20 fit right in. With the exception of Resurrection, there’s a certain level of respect when it comes to how they handle characters, and especially the Michael/Laurie dynamic. In H20, Laurie is still experiencing trauma from that fateful night in ’78, and it’s shown in little details/scenes of outbursts that have a groundedness to them and plant the movies more in realism than a fantastical fiction to the audience.

Now, when it comes to Resurrection, it’s a mistake. The ending of H20 was so perfect for the ending of a trilogy that it hurts to see them essentially spit in the face of H20 and then have the gall to kill Laurie in the opening of Resurrection. Resurrection came at a time when internet culture was really starting to boom. So naturally, they used that momentum of the internet to capitalize and have an online-only reality series centered around a group of college students visiting the Myers house with cameras on their heads. Makes total sense, right? Look, as bad as this movie is, I’d rather watch Resurrection than to watch 5 any day of the week. I’d honestly watch Resurrection over 4 or 6 as well, depending on the day. For as bad as it is, it’s also fun to watch. It’s a trainwreck, but a trainwreck I can’t keep my eyes off of once it starts.

Furthermore, having three movies that vary from great to good and only having one that is outright bad in a timeline, is better than having three that waver from bad to okay, in my book. 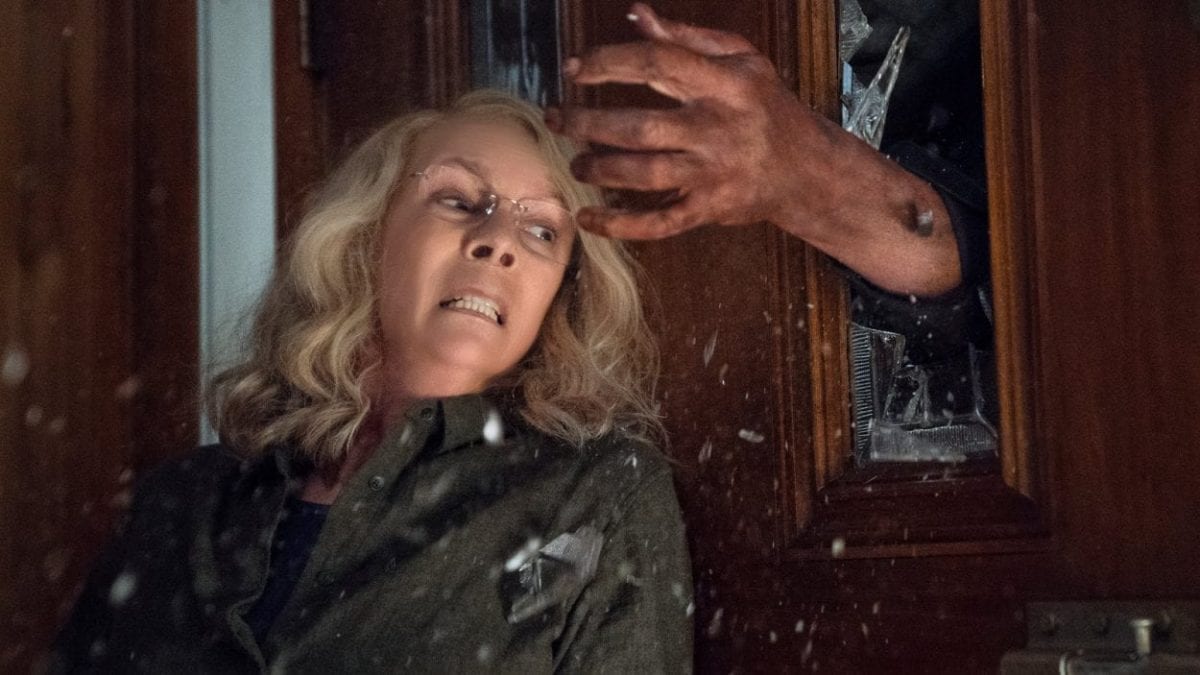 As stated at the start of the article, I really wish they added something to the title of Halloween rather than have two movies with the same name, one being the original and the other being the sequel. That being said, this has to be the best timeline, right? Granted, it only has two films in it so far, but as it stands right now, it’s the best. The trauma that’s shown in the 2018 version is like H20 if H20 was 100% brutally honest. Laurie has chosen fight when prompted by her fight or flight response and has held on to that for 40 years. The handling of Laurie’s mental state is so visceral and raw, it almost makes you uncomfortable—and that’s the way it should be.

Michael has that same floaty, glide-like movement and has those small nuances of stalking, toying, and just being unpredictable 40 years after the original. James Jude Courtney really did his homework on how to be Michael. He understands it’s not just being a man under a mask, but it has a lot to do with acting and adding those small details of minimalism that make Michael as scary as he was back in 1978. To be fair, not everything about the 2018 version is great. The comedy was hit or miss and Dr. Sartain was really disappointing and ultimately a missed opportunity. I’ve also seen people talk about how the pacing was a little wonky, but it felt okay to me. Some parts dragged a bit, but overall, I thought the pacing was solid. At worst, the pacing was average.

Back to what worked, it was a really good mix of gore and good old fashioned imagination. This was the closest we’ve been to the original in regards to tension and really building a scene to catch you off guard. The scene with Michael hiding in the kid’s closet was a modern hybrid of tension and jump scare. But the most effective scene of the 2018 version has to be Michael chasing after Allyson. The music in that scene is absolutely phenomenal and anxiety-inducing.

At the end of the day, the 40 Years Later timeline has to be the best at keeping the series to its roots while modernizing it with a level of respect to the original that no other sequel(s) have been able to achieve.