I’ve been a huge gamer almost my entire life, with my first ever console being an Amstrad CPC 464 and my current being a PS4. Although horror games have been in production since the early ’80s, it was 1996 when Capcom released Resident Evil that the term “Survival Horror” started being used, resulting in a whole new gaming genre that’s still going strong today. I’ve played more survival horror games than I care to remember over the years, so thought I’d list some of my favorites in no particular order. When a series has more than one game that I love, I’ve grouped it together to talk about the franchise as a whole. Enjoy. 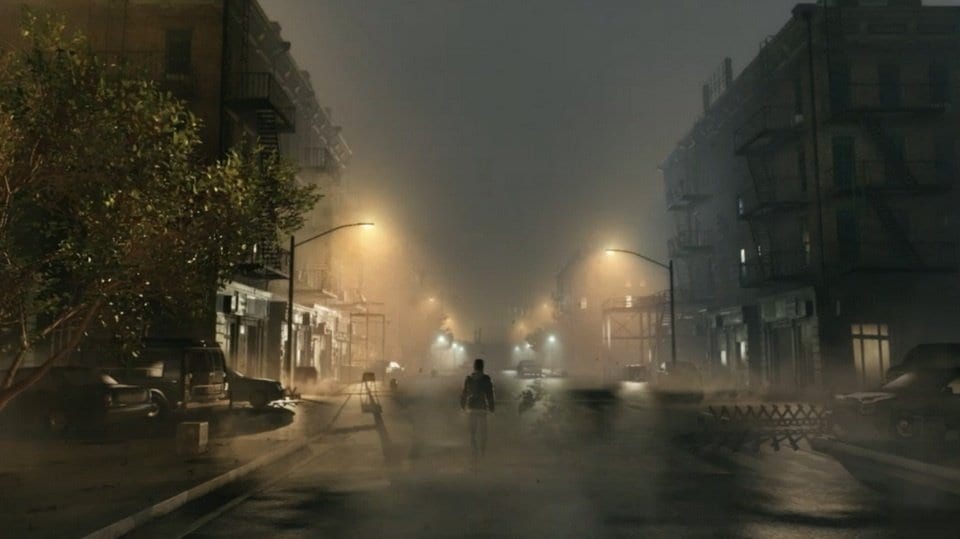 Silent Hill was a survival horror franchise that lost its way many times and just as it seemed like we were finally going to get the game that would return the game to its roots…the project was canceled. I still mourn the fact that we’ll never get Silent Hills as it was so promising and sounded just like what we all wanted. But despite the fact that Konami has stated they wish to continue the Silent Hill franchise in some way, I can’t ever see it happening in a way that will satisfy us. I remember playing the very first game and just thinking to myself ‘what on earth is this?’. But in a good way!! I loved it a lot, I’d just never experienced anything quite like it before.

The first three games really were just faultless and if Konami did want to continue the franchise in some way I wish they would just remake those instead of trying to create something new that will probably fail to capture the spirit of the originals. The final two games we got on main consoles (Shattered Memories and Downpour) had so much promise, but they flopped. Even though I enjoyed aspects of what came before with Homecoming, it felt a lot like the developers were trying to latch on to what made the movie adaptation so successful and incorporate that into the games, and it didn’t work for me. Even if we don’t get another Silent Hill game I’m more than happy that we got what we did get; I’ll never tire or get bored of revisiting those horrifying original games.

When I think of the term ‘Survival Horror’ this is one of the first games that I think of, as it really does strip the gameplay back to having very little combat; forcing you to run and hide, which really makes you feel like you are surviving the horrors of Belli Castle. You play as an 18-year-old Fiona, who is kidnapped and taken prisoner due to her being the carrier of an alchemic element called Azoth. Your only companion and main weapon is a White Shepherd Dog named Hewie that you must command to sniff out key objects, attack enemies, check suspicious areas, and ultimately form a bond with across the game, which is the only way to survive and complete it. Enemies include a large, mentally disabled groundskeeper who thinks of Fiona as one of his dolls named Debilitas, Daniella a maid who doesn’t have the ability to smell, taste, touch, feel, or experience any kind of pleasure, and who wants to kill Fiona, thinking that the Azoth may make her finally feel the things she desires and ultimately become fertile. The game’s setting was perfect (who doesn’t love a creepy castle, right?) and the enemies were intriguing, with each of them bringing something new to the gameplay with their own purpose and motives. This was Survival Horror done perfectly and I’m really surprised that Capcom hasn’t revisited, rebooted, or remade it yet.

Given that we live in an age were VR games are all the rage and cameras on mobile phones play a big part in our lives, I’m really surprised that we haven’t been given a big reboot or new entry in the Fatal Frame (or Project Zero as it’s known here in the UK) franchise. The gameplay of the original games was slipping in and out of first-person viewpoints to use a Camera Obscura to take pictures of and defeat the ghosts around you. It was such a great idea for a game, and it was genuinely terrifying having to wait until a ghost was practically right in your face just so you could apply maximum damage in the hopes of defeating them quicker just so they’d go away. The second entry to the franchise, Crimson Butterfly, is probably one of the greatest horror games ever created, and is still worth a revisit today. I actually haven’t played any of the games on the Wii, or even the most recent one on the Wii U, so my entry is based purely on the first three games, but I would genuinely love more of this. It deserves to be back on the main consoles and it definitely should be still dominating the survival horror market.

The X-Files: Resist or Serve

This game seems to have gone under the radar for so many people, and I imagine if you aren’t a die-hard X-Files fan then you may not enjoy this one. Set during the show’s seventh season, taking place in between episodes two and three, this game was advertised as three lost episodes. It was likened to both Resident Evil and Silent Hill, as it featured many of the same gameplay mechanics and styles. The cast from the show all voiced their characters, with many appearing alongside Mulder and Scully, including Cigarette Smoking Man, Krychek, Skinner, Marita Covarrubias, The Lone Gunmen, and more. It was pretty much two games in one, as choosing to play as Mulder or Scully presented different sides of the same story and varying gameplay techniques, such as Mulder having more action shooter style segments whereas Scully would do more problem solving and perform autopsies etc. It was definitely the best X-Files game we ever got as it felt totally true to the show and made me feel like I was actually playing an interactive episode. Adding the survival horror element and gameplay style is definitely what made this game stand out and work for me which is why I’d say it’s one of the best TV/Movie to game adaptation ever created.

I’m the first one to admit that the first entry in The Evil Within franchise had a super confusing plot, poor storytelling, and was hard to get into on an initial play-through. But peel back the layers and you find that it’s actually a superb horror game that suffered, as it felt like Tango Gameworks wanted to do too much too soon. The locations didn’t flow very well and it felt like you were just being thrust from one place to another with little to no explanation. The boss fights were one of the standout features of the first game, and you could tell a lot of thought had gone into their design and use within the game.

However, despite having a confusing plot, the overall story and concept were really clever and intriguing; they just weren’t executed very well. When the DLC dropped some months later, they did try to give us more answers and explanations than the main game itself did, which served to set up the sequel more than the game did. The Evil Within 2 is, without a doubt, a sequel done very right. The developers knew exactly where they went wrong in the main game and fixed it. The story flowed and was easier to follow, the world was more open instead of the linear path the majority of the first game had, and we didn’t need DLC to tell us what the hell was going on. Whilst we don’t yet know if we’ll ever be getting a sequel (despite the ending of 2 hinting at one) this series will always be great horror to get stuck into. 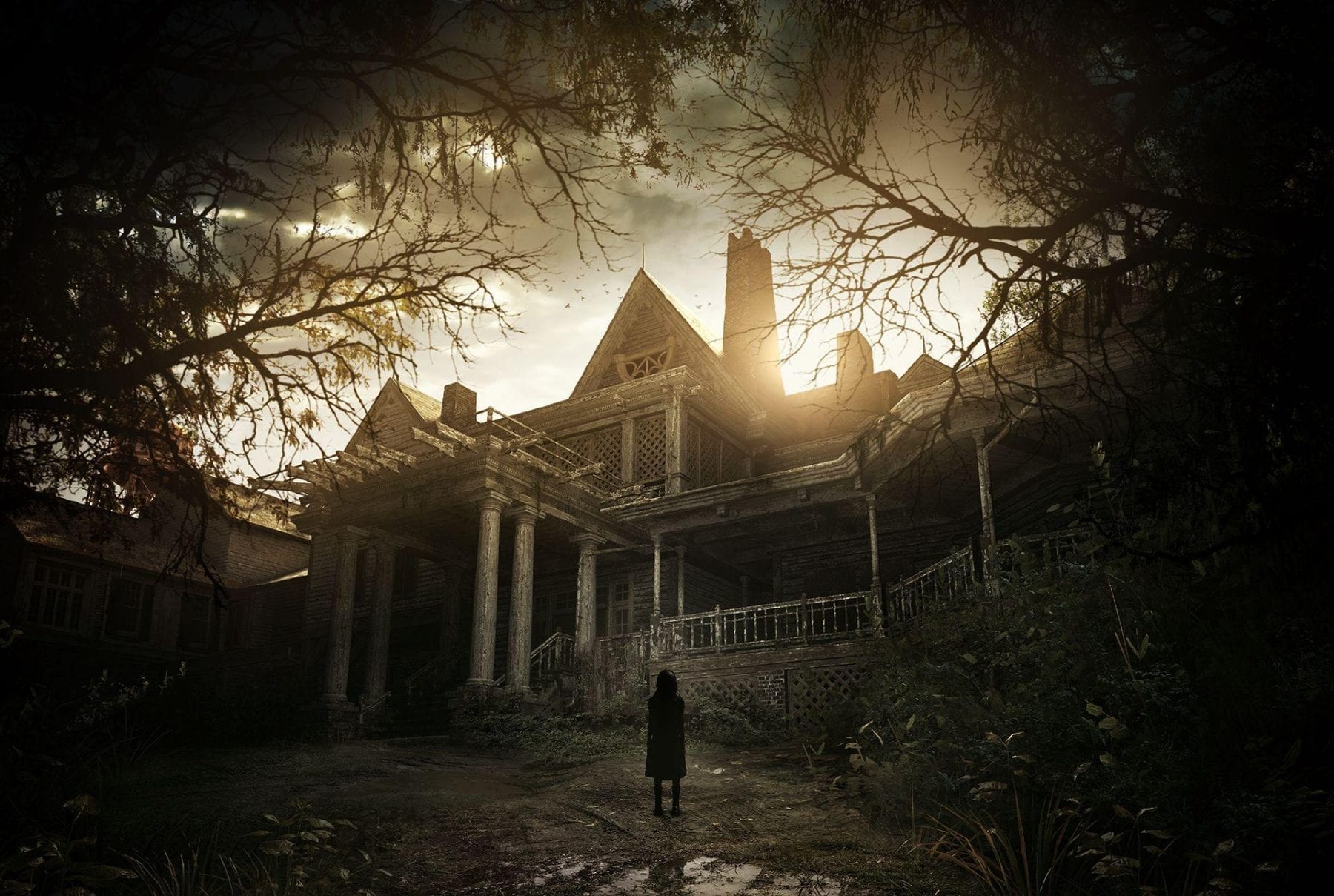 I know this list wasn’t set out in any particular order, but it’s no secret that Resident Evil is my favorite gaming franchise of all time. I was there playing it when it all began back in 1996 and here I am still playing new games over 20 years later. I remember playing the first game when I was way too young to be playing it but instantly falling in love with the entire thing. It had puzzles that were testing my little brain and the overall experience definitely helped in the way I approached other games at the time. The series has evolved a lot over the years and went through a period of adopting a more action/shooter style game-play, which was heavily criticized at the time, but now appears to have taken a step back to its survival horror roots with the soft reboot of the franchise Resident Evil 7. For me, it was RE4 that began the journey away from horror to action and despite being hailed as one of the greatest games ever created I personally think it’s one of the worst. Don’t get me wrong the new game-play mechanics and combat system it introduced to the gaming world are absolutely superb and changed gaming forever but, putting game-play mechanics aside, it was a really poor Resident Evil game.

The original story of the franchise was so thrilling and interesting with viral outbreaks, zombies, cities being destroyed, evil corporations etc. Then what we got with RE4 was villagers still living like it was the 16th Century, an ancient parasite living underground, dwarves dressed as pirates, monks, and a walking statue. It just wasn’t Resident Evil anymore, it had lost what made it interesting and addictive. But enough about my hatred of all things RE4, what I wanted to say was despite going through some negative times and having some not so good games the franchise is still going stronger than ever. Not all of the games are going to suit every fan but we’re all still here playing the games for a reason, because it’s the greatest Survival Horror Franchise ever created.

There are a lot more Survival Horror games out there that I do love and I’ll probably be kicking myself when I realize I’ve missed something important from this list, but you can let me know your favorites in the comments.