It isn’t often you get two movies by the same name getting released within a few months of each other. That’s generally a recipe for confusion, especially with both films residing in the same genre. Andy Mitton’s The Harbinger is very different from Will Klipstine’s movie of the same name. Genre fans will recognize that Mitton has been making provocative horror films for a while now, writing and directing 2018’s chilling The Witch in the Window and partnering with co-writer and director Jesse Holland on films like We Go On and YellowBrickRoad. If you’re going to pick a Harbinger movie to watch, Mitton’s is, without a doubt, the preferable one.

Monique (Gabby Beans) is safely locked down in a bubble at home with her brother and father. They wipe down food with antibacterial wipes, as many of us did in those early days of COVID when information was sparse, and the science concerning transmission was still being established. When an old friend calls Monique out of the blue in a state of panic, Monique feels obliged to help as Mavis once helped her out of similar turmoil. Arriving at Mavis’ apartment complex, Mavis tells Monique about the state of her nightmares, dreams so vivid and mortifying that they seem to last for days, weeks, or months at a time, with Mavis reawaking the next day. Though she sets alarms, wets herself, and gouges herself in attempts to wake herself up, she’s unable to escape the demon wearing a plague mask that stalks her. A force that tells Mavis he’s going to make her disappear from the memories of her loved ones and be forgotten by the world. Soon after arriving, Monique begins having nightmares too.

COVID was always going to be a source for horror films, and the isolation, fear, and madness of the last two chaotic years have created a sea of terror for directors and screenwriters to embark upon. Oddly enough, the use of a Freddy Kruger villain, whose mythology in the Elm Street films makes him a virus, was something I never considered. When Monique and Mavis go to put their encounters with The Harbinger on the internet, they’re told to take it down by a telehealth professional who’s heard the myth. She advises that it will spread and create more victims through the pages of the online forum. This analogy of the monster as both the circulation of misinformation and the creation of a super-spreader event is powerfully chest-tightening.

The plague mask The Harbinger wears is really an outstanding (albeit macabre) move. Though plague masks have been scaring the hell out of audiences in film, television, and video games for years, Mitton details why this presence chooses this form methodically. The lore suggests the entity loves claiming victims from apartment buildings in cities like Queens, where the film is set. Filled with herbs and flowers, the beak of the mask helps its wearer endure the stench of its rotting corpses. After bearing witness to the COVID-19 pandemic, details like this make The Harbinger absolutely haunting. Mitton feasts on our collective trauma and outlines the moral and ethical dilemmas that turn an already stressful situation into an everyday fight for mental, physical, and emotional health. 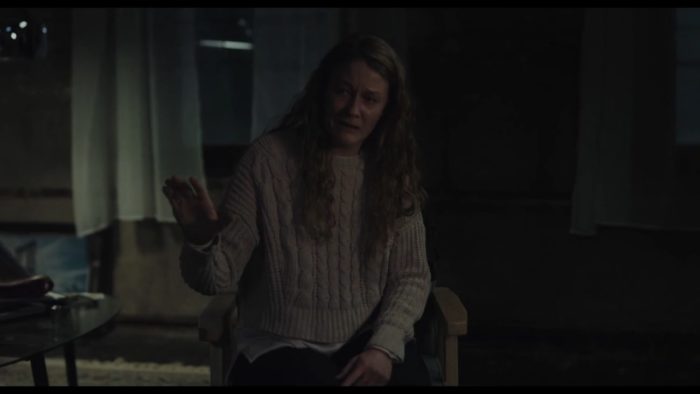 With The Harbinger, Mitton drafts a New Nightmare right out of the Wes Craven playbook that takes the lure of an impossibly f*cked up situation that affected Black, Hispanic, and minority populations at a more significant rate, proportionately speaking. These groups were also considered more susceptible to COVID’s effects. Those most vulnerable often held multiple jobs, often in essential roles, and lived in apartment buildings like the one seen in The Harbinger. While the film doesn’t necessarily detail Mavis’ monetary situation, it does tell us about her work troubles. Plus, one can surmise a borderline destitute circumstance from the paper-thin walls, nosy neighbors, moldy walls, and a believable dreamlike scenario of a collapsing ceiling in her apartment.

Mavis and Monique’s battle with their nightmares recounts the collective mental health struggle for all of us during the pandemic lockdown. Mavis saying,

“I’m alive. I’m okay. Except for, of course, I’m not f*cking okay because I can’t pull my sh*t together. I’m losing clients, I’m losing friends. I mean, to be honest, this pandemic is just like the cherry on the s*it sundae because, even when I can manage to wake up, I’m still in a f*cking nightmare. I mean, we all are.”

This critical moment in the film’s narrative speaks to many suffering from mental health issues as a result of the pandemic. Insomnia, or parasomnia in Mavis’ case, became more common in the wake of the pandemic. Many expected to function the next day, only discovered more stress and a world getting worse, thus creating a cycle for further cognitive erosion. As the pandemic lengthened, many wondered if they would be evicted from their homes. Since many weren’t working, companies weren’t paying their employees. Moratoriums were put in place, but this was a serious concern for many occupants who also needed to find some way to keep their lights on and pay their other bills too. 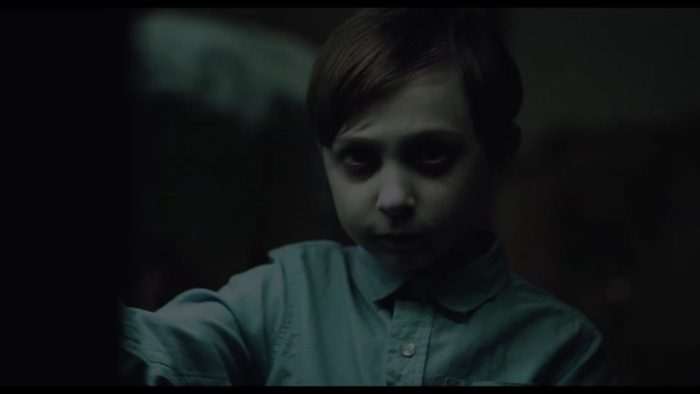 Mitton’s Harbinger is undeniably calculated, making for a pandemic movie unlike any we’ve had so far. Host may be the closest, using many similar isolative features, supernatural themes, and technology, but unlike Host, The Harbinger has heartbreaking melancholia to it. The idea that the world could stop on a dime and resume without recognizing the collective grief we’ve all coped with over these last few years is like forgetting it ever happened in the first place. After years of being told to “Never Forget” after 9/11, where nearly 3.000 souls lost their lives in a terrorist attack, it feels insincere that we’re moving on with nary a word after passing a million COVID deaths this past May, the equivalent of 336 9/11s. So many were taken ahead of their time, some without proper burials or ceremonies as well. People often forget there’s a mass grave on Hart Island in New York, used to facilitate the thousands that died in those early months during the pandemic. Somehow, now, we’re back to business as usual.

There is so much subtlety baked into Mitton’s script that I couldn’t help but feel the same contempt for specific aspects of humanity that I had felt while all this was happening over the past few years. While The Harbinger tells its story through supernatural nightmare monsters and sleepwalking characters, there’s a poignancy and morosity that arises from its metaphors about real-world oppression and economic hardships that make the film so much more socially conscious than your average horror film. The only way it could be more so is if it took place in Cabrini-Green. 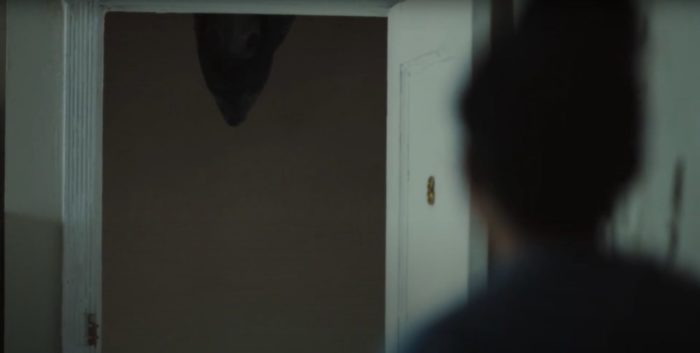 It may be a snapshot of a memory that we all share, but it genuinely conjures up the anxiety and cosmic nihilism of the pandemic, and that, to me, is scarier than anything we’ve seen in pandemic horror films so far. Beans, Davis, and Thomas (who only appears briefly in the movie) are magnificent throughout the film. The end is sure to come for us all someday, but the film, as a Harbinger itself, brings an indelible fear of uncertainty about how we move forward. An empty apartment or home once filled with the laughter of our friends and neighbors is now viewed as an opportunity for a bustling housing market for someone new to move in. Have we all moved on from our collective nightmare, or are we due to wake up in another if we don’t stop sleepwalking and aim to fix some of COVID’s disproportionately affecting problems now?

The Harbinger played as part of the Fantasia International Film Festival on July 20. XYZ Films picked up the film ahead of the Fantasia screening. The film is listed as coming soon.