“It was a bird… or something.  It definitely wasn’t a flying saucer.” This sentence from Point Pleasant, West Virginia resident Roger Scarberry, quoted in the Point Pleasant Register on November 16, 1966, is a sentence that would unknowingly birth one of the greatest cryptids to ever exist.  What is it about cryptids that we love so much? For some reason, it seems that cryptids are making a comeback in a huge way, with no complaints from me. Cryptids seem to exist as an alternative fact to explain the unexplainable, or to give us fun theories on why bad things happen. For me, the Mothman has always been my favorite cryptid, but I’m not too sure why. Something about those beady red eyes staring back at you in the pitch black West Virginia woods seems more eerie and frightening than an eight-foot hairy man rummaging through the woods. One question that is fun to think about is why is the Mothman a thing? Where did he come from? Is there a Mothwoman? Why would this winged creature pick a West Virginia coal town? 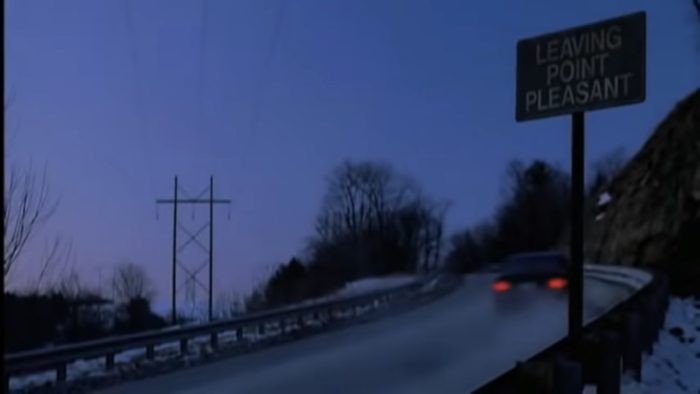 Andrew Lee Feight writes in the article, “Lower Shawnee Town, and Celoron’s Expedition,” on the Scioto Historical website that Point Pleasant, WV, as with most parts of America, was initially a Native American settlement inhabited by the Shawnee and was called Shawneetown. In 1749 French “explorer” Pierre Joseph Céloron de Blainville stumbled upon the Ohio Valley and proclaimed it French territory.  This would be a fruitless effort, though, as the Shawnees were on the side of the British “settlers” and the troops of British soldiers in that area refused to leave. This dispute preceded the French and Indian War of 1754.

This wasn’t the last time the Shawnee tribe, and pretty much every Native American tribe, would see conflict over the loss of land. On October 10, 1744, Shawnee chief Cornstalk would take the fight to Virginia’s Colonel Andrew Lewis and his militiamen, with the hopes of fending them off to retain their rightful land. The Shawnee tribe, unfortunately, lost this battle and were forced into a treaty, which we will see time and time again in American history.

Point Pleasant would then go on to be a coal town, which brings its own issues both health and economical. Coal waste deposits lead into a theory I have of the Mothman, but that will be covered later. On top of being a coal town, there is another interesting part of Point Pleasant called the TNT Area. During World War II this 8,000-acre area was designated as an ammunition manufacturing plant. A wonderful Daily Picture Show article from NPR would go on to document how after the war this area would be abandoned and tons of ammunition and explosives would be left behind, and forgotten about. In the ’80s it would be brought to light the contamination of the land by the lack of cleanup from the ammunition and explosive materials left behind. This would lead to the TNT Area being added to a federal list of hazardous sites that must be cleaned and repaired. 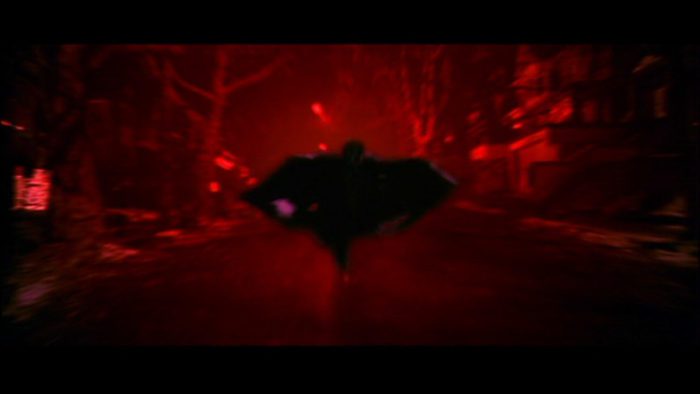 Who saw the Mothman first?

According to a 2021 article, “The True Story Behind The Legendary Mothman Said To Terrorize West Virginia,” on All That’s Interesting, while most documentaries or books written on our cryptid friend will note the Scarberry’s and the Mallette’s as the first official people to report him, the first people to actually see the Mothman would be a few gravediggers who laid their weary eyes on him on November 12, 1966. The Mothman would be described as a creature somewhere between six to seven feet tall, with round red eyes, and could reach speeds of up to 100 miles per hour! When the two couples were driving around a vacant power plant they noticed the creature standing next to their car. As they drove around the creature followed them around by gliding over their car; it seemed to be following them wherever they went. Steve Mallette went on to posit that the winged creature must live in one of the boilers in the vacant power plant. Mallette is quoted in the 1966 Point Pleasant Register article as stating, “[T]here are pigeons in all the other buildings. . .but not in that one.”

In a 2019 article in The Athens Messenger, “Mothman myth rooted in Messenger reporter’s work,” Tyler Buchanan writes that the myth of the Mothman would soon gain some traction when trusted Athens Messenger reporter Mary Hyre would publish a front-page article titled “Winged, Red-Eyed ‘Thing’ Chases Point Couples Across Countryside.” One of the things that could have lent credence to Hyre’s story is the trust she had gained as a reporter and the fact that the newspaper was comfortable enough making this a front-page story. Hyre would go on to report the very next day in an article titled, “Monster Returns to Mason.” In this report, Hyre would report that the Mothman was seen, this time, by six to seven people. This leads to the question, was this second sighting real, or was this a clout grab to cash in on the fact that they could get their names in the paper like the Scarberrys and the Mallettes?

Whatever the case may be, there were 33 reported sightings of the Mothman or a Mothman-like creature, all of which are chronicled in the Appalachian Oddity database.

The Silver Bridge Collapse and the Mothman narrative hijack.

The Silver Bridge was a suspension bridge connecting Point Pleasant, West Virginia, and Gallipolis, Ohio. On one fateful day, as reported by the West Virginia Department of Transportation, this bridge that was regularly exceeding its weight limit, collapsed, causing the death of 46 people. Was this the cause of a 0.1-inch deep defect in a suspension chain? Or was this the devilish work of a seven-foot winged creature? Well, if you ask officials, it is obviously the fact that the failure of proper upkeep and poor design was the cause…but the people who were there? That’s another story entirely.

According to a 2021 article, “The Legend of Mothman – Paranormal W.Va.,” on 12WBOY, there are reports that moments before the Silver Bridge collapsed the seven-foot winged creature was seen flying over the bridge. Was this the direct cause of the Mothman, or was he simply trying to be a harbinger of bad news? My theory is, it was the Mothman…just kidding. I think this is more of a coping mechanism. While news of the Mothman had quickly left the front page of newspapers, and became buried deep within the pages as just another story, it seems easier to believe this was the doings of a supernatural entity rather than faulty American engineering.

Keep in mind, we are 20 years out of World War II in an American First red state. It seems to me that it is easier to believe the American designer J. E. Greiner and the American Bridge Company, who are held in high regard, are not at fault, and rather an outside force caused the deadly catastrophe. That statement is not to cast aspersions on the people of West Virginia, only it seems to be a reliable coping mechanism for the trauma you just witnessed. If that is true, then, it would mean the Mothman is one of the most deadly mass murderers in American history.

The Mothman in modern culture. 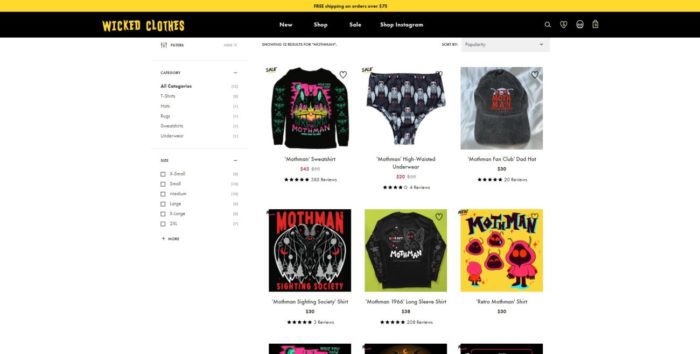 While sightings of the Mothman have dwindled, that doesn’t mean he doesn’t have a place deep in everyone’s hearts. One of my favorite pieces of current Mothman culture is the line of Mothman clothes from the amazing clothing company (not a sponsor) Wicked Clothes, and their accompanying Mothman advertisements. The film Mothman Prophecies was a super fun and modern look at the Mothman, starring Richard Gere and Laura Linney. That’s not even mentioning the plethora of low budget found footage films about Mothman that exist. On top of that bands all over have songs about the Mothman is the song Moth Man [sic] by the band Dirty Bynum.

Needless to say, the Mothman is now a prominent part of our life and helps lead the pack of cryptids. The only question I have for you is, have you seen the Mothman?