As a Catholic, I have a bit of a love-hate relationship with religious horror. It’s mainly love, as I’m a big fan of the subgenre, but I also have some big issues with a lot of religious movies. To take just one example, there’s a scene in Annabelle: Creation where a nun hears a young girl’s confession, and even though I really enjoy the movie overall, I cringe every time I watch that scene. Nuns don’t administer the Sacrament of Confession in the Catholic Church (only priests do), so that’s a pretty big mistake. It takes me out of the movie a bit every time I watch it, and I really wish the filmmakers had made the effort to fact-check their portrayal of Catholic practices.

I have that experience with a lot of Catholic- and Christian-themed horror movies, so when I sat down to watch Saint Maud for the first time, I didn’t know what to expect. Was it going to depict Catholicism accurately, or was I in for a total cringe-fest? Or would it fall somewhere in the middle? Given that the titular character is a religious fanatic who commits some pretty heinous acts in the name of God, you might guess that I hated the film. Maud is a terrible representative of the Catholic faith, so it’s easy to think that I’d view Saint Maud as just another horror movie that gets Catholicism egregiously wrong.

But I don’t. I love Saint Maud, and one of my favorite things about it is actually its portrayal of Catholicism. Sure, Maud is just about the furthest thing from a model Catholic, but the way I see it, that’s the point. I don’t think the movie is trying to get Catholicism right. Instead, Maud’s practice of her faith is supposed to be warped and twisted, and its deficiencies tie directly into one of the movie’s main themes: loneliness.

To see what I mean, let’s start by looking at some of the ways Saint Maud presents its titular character as achingly lonely. Most obviously, there are a few times throughout the film when Maud goes out on the town, and surprisingly, she always goes out by herself. Whether she’s eating in a restaurant or just wandering the streets aimlessly, you never see a friend or companion by her side. She bumps into people she knows a few times, but they always remark that they don’t see her around anymore, and she never seems to enjoy the interactions. It’s obvious that she doesn’t have any friends or any social life, so her faith is the only thing she has going for her.

In fact, Maud pretty much says exactly that at one point in the movie. Soon after she tells Carol not to see Amanda anymore, we hear a voiceover of Maud praying to God, and it’s very telling. She informs God that Amanda reminds her a lot of herself at the beginning of her own conversion, and she straight up says that she and Amanda “don’t need anyone else.” Clearly, Maud isn’t very fond of people. She’s replaced human connection with religion, and now she wants Amanda to do the same.

That’s probably enough to show that loneliness is a major theme in Saint Maud, but if there’s still any doubt left, Maud’s final “showdown” with Amanda really hammers it home for us. When Maud breaks into Amanda’s home at the end of the film, the dying woman says to Maud, “You must be the loneliest girl I’ve ever seen,” and Maud responds, “I am not alone, and neither are you.” Then, in her “demonic” form, Amanda taunts her former caregiver, telling Maud that she returned because she was lonely, but if her faith was strong enough, God would’ve been enough for her.

That entire exchange is significant, but the last part is especially noteworthy because it clearly comes from Maud herself, not from Amanda. Once Amanda turns into a demon, you know that you’re not seeing the world as it really is. Instead, you’re seeing it through Maud’s distorted eyes, so it stands to reason that the real Amanda doesn’t say anything about the strength or weakness of Maud’s faith.

That’s just Maud’s warped perception of the conversation. Those words actually come from her own mind, so they’re her own accusation against herself. She wants to love God so much that she doesn’t need any human connection, but she predictably fails. We’re social creatures, and cutting ourselves off from the rest of society doesn’t fulfill us. Instead, it just brings crippling loneliness, and despite Maud’s attempts to deny it, she’s a textbook example of that inescapable truth.

Now that we know loneliness is one of the major themes of Saint Maud, it’s time to turn our attention to Maud’s twisted version of Catholicism. However, we can’t jump straight to the deficiencies in her faith just yet. Before we do that, we have to take a step back and lay a bit of groundwork. Saint Maud makes it clear that its titular character has taken up some form of Christianity, but the movie doesn’t explicitly tell us what denomination she belongs to. She could be Catholic, but she could also be Protestant or Eastern Orthodox.

Thankfully though, we don’t need the film to smack us over the head with an answer. If we pay close attention to the clues it gives us, it’s actually quite clear that Maud is Catholic. In particular, she has a lot of religious paraphernalia in her apartment, and there are a few items that point pretty decisively to the Catholic Church. For instance, take a close look at this screenshot from the movie:

Maud has a lot of images on that wall, but I want to focus on the one that’s to the right of her rosary beads. Depending on the size of your screen, it might be a bit tough to see, but it’s a picture of Jesus with two different colored lights pouring out from his chest. It’s called the Divine Mercy Image, and it was first imagined by a Polish nun from the early 1900s named Faustina Kowalska. It’s a very distinctively Catholic way of depicting Jesus, so it’s a pretty clear indication of what Christian church Maud belongs to.

To take just one more example, move your eyes to the left and look at Maud’s rosary beads. While you might occasionally hear about some outliers from other denominations praying the rosary, it’s arguably the most distinctively Catholic prayer in the world. No other Christian church really uses it, so since Maud does, we’re on very safe ground assuming that she is in fact Catholic.

Okay, we know that Maud is both lonely and Catholic, but how do those two things fit together in Saint Maud? The key, I would suggest, is to look beyond the obvious. The most striking features of Maud’s religious practice are her bizarre “encounters” with God and the extreme penances she imposes on herself, but that’s not where I want to start. We’ll get back to those things in a bit, but first I want to look at some of the things Maud doesn’t do.

Despite all her prayers and her alleged devotion, the movie never shows Maud going to Mass or Confession. In fact, you never see Maud interact with a priest or any other Catholic at any point in the story. Her faith is entirely a solo effort, and that’s simply not how Catholicism is supposed to be practiced. Without turning this into a Sunday school lecture, I’ll just say that community is a very important part of the Catholic faith. Sure, a lot of Catholics don’t always live this out the way we should, but that’s the goal we’re supposed to strive for.

In particular, one of the main purposes of key rites like Mass and Confession is to build this community. We go to Mass because it’s important for us to pray together, and we go to Confession because forgiveness of our sins entails reconciliation with the community as well as with God. But Maud doesn’t do any of this. She doesn’t interact with the wider Catholic community in any way. Instead, her faith is just about her and God, and as far as she’s concerned, the rest of the Church might as well not even exist.

On top of that, when we turn to the bizarre religious practices she does engage in, we see this exact same lack of human connection. For example, take her extreme penances, like putting nails in her shoes. This ties in with her avoidance of the Sacrament of Confession. When we Catholics go to Confession, the priest gives us a small penance to perform (usually just a few prayers to say), but when Maud returns to God after temporarily abandoning him, she cuts out the middleman. Instead of receiving a penance from a priest, she just gives herself one, thereby avoiding the need to interact with another human being.

Likewise, her strange “encounters” with God also evince a similar rejection of human connection. For starters, they’re often quasi-orgasmic, so they seem like a very obvious substitute for the human connection of real sex. What’s more, Morfydd Clark, the actress who plays Maud, also provides the voice of God, so it’s clear that the “divine revelations” Maud receives are simply the products of her own twisted mind. She’s really just dialoguing with herself, so once again, there’s no real connection with anybody else, not even God.

Once we recognize all this, we can see that Maud hasn’t just abandoned a normal social life in favor of religion. She’s also rejected the practices of her faith that are aimed at building community among Catholics, and in their place she’s created a mutated form of Catholicism that’s essentially predicated on avoiding other people. Her religion begins and ends with herself, so it’s not authentic faith. It’s just an extension of her repudiation of the rest of humanity.

And that’s why, as I said in the intro, I love the way Saint Maud depicts Catholicism. Sure, Maud’s religious practices are all sorts of messed up, but that’s the point. The movie doesn’t get the Catholic faith wrong out of mere laziness or ignorance. Rather, it intentionally showcases a bastardized form of Catholicism in order to highlight just how fully its titular character has rejected human connection. The essential Catholic practices she avoids and the strange substitutes she puts in their place all tie directly into her loneliness, and they ultimately lead to the heinous acts she commits in the film’s final scenes. 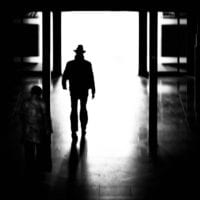