Dementia is a terrible disorder. My grandmother died from Alzheimer’s disease, the most common form of dementia, and for a few years before she passed, she was a very different person than the one I knew growing up. She turned into a young kid again, and by the end of her life, she didn’t recognize me or anyone else in my family. She thought we were strangers, and whenever we would visit her, she had no idea why we were in her house. It was an awful experience, and I hope I never have to go through it again.

Because of that ordeal, I’ll forever be a fan of the movies The Taking of Deborah Logan and Relic. Horror is often at its best when it uses fantastical imagery to highlight the terrors of everyday human life, and these two films do that really well. They’re both about the horrors of dementia, and they brilliantly capture important truths about this disorder and the experiences that families like my own suffer through as their loved ones slowly deteriorate.

However, they tackle this topic in very different ways. Sure, there are a few unavoidable similarities between them, but they come at the subject from completely different angles. They focus on different elements of dementia, and their distinct emphases complement each other really well. It’s all quite fascinating, so let’s compare these two excellent movies and see what they each have to tell us about this horrible disorder.

The Taking of Deborah Logan 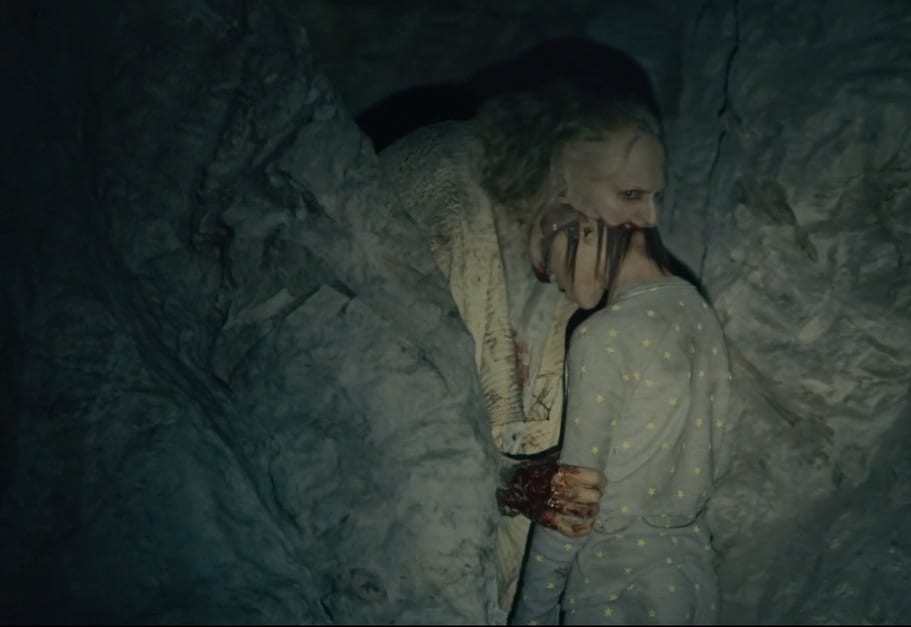 Let’s start with The Taking of Deborah Logan. It’s a possession film, and it uses possession as a metaphor for dementia. In possession, a person’s body is invaded by another being, so in a very real sense, they become someone else. Their behavior changes, and they’re no longer morally responsible for the things they do. Instead, the invading spirit is the real subject of their actions, and that’s a great metaphor for dementia.

Like I said, when my grandmother got Alzheimer’s, she changed a lot. Sure, she still had a few personality traits that I recognized from when she was healthy, but on the whole she was very different from the person my family knew and loved. The disease invaded her mind just like a spirit might invade a person’s body, and it altered her behavior. We couldn’t hold her responsible for the strange things she began to do because we knew that her disease, not she herself, was the real cause of those actions.

The Taking of Deborah Logan highlights this terrible truth about dementia by seamlessly integrating Deborah’s Alzheimer’s and her possession. Throughout most of the movie, you’re never entirely sure if her strange behavior is due to her disease or to an invading spiritual force. You know that she has Alzheimer’s, and there are a few odd occurrences that are clearly supernatural, so both possibilities seem equally plausible.

By showing us how similar possession and dementia are, the movie hammers home the sad fact that dementia turns its victims into very different people. If a person falls ill with this awful disorder, it can be difficult to recognize them even if you’ve known them all your life, and I can say from experience that this is hands down the worst thing about dementia for the friends and family of its victims.

In contrast, Relic takes a completely different approach to the disorder. Its villain isn’t an evil spirit trying to possess a dementia patient. In fact, the film doesn’t really have a traditional villain at all. Instead, the horror comes from a mysterious mold that somehow brings Edna’s irrational, dementia-induced fears to life.

For example, there’s a scene where Edna tells her daughter, Kay, that there’s someone under the bed, and when Kay looks, there really is someone there. Likewise, at another point in the movie, Edna tells her granddaughter, Sam, that the house seems to be changing and getting bigger, and in the third act, Sam experiences that herself and actually gets lost in the new, winding halls of the expanded house.

Then, after the movie shows us what it’s like to experience dementia, it ends with a reminder of an essential truth about the disorder’s victims: they still deserve our love. Relic drives this point home after Edna turns into a homicidal maniac and her daughter finally incapacitates her. As Kay is about to leave the house and let her mother die alone, she sees Edna point to a note that says “I am loved,” and she decides to go back and care for her one last time. She takes her up to her bedroom and peels off her dying skin to reveal a withered, corpse-like figure, and the movie ends with all three generations lying on the bed in one last loving embrace.

With this ending, the film reminds us that no matter how much a person’s mind may be warped by dementia, we should still love them just as much as we did before they got sick. Nothing can take away our basic human dignity, so just like Kay and Sam showed their love for Edna one last time before she finally succumbed to her illness, so too should we show that same love for our relatives and friends who fall victim to this terrible disorder. 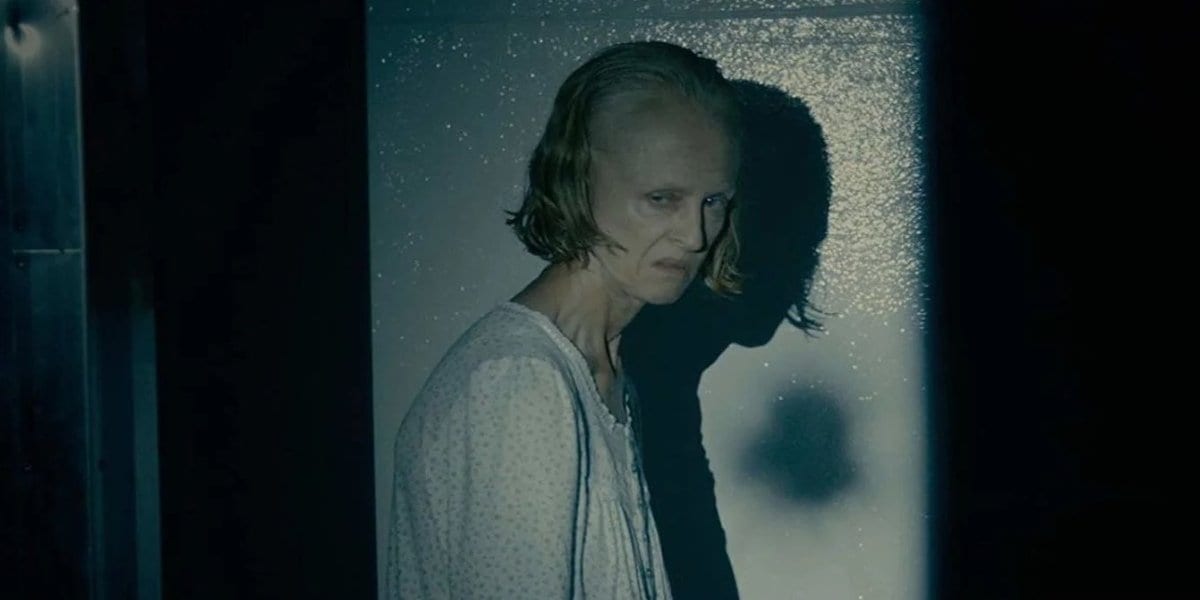 When we compare what these movies have to say about dementia, we find that they tackle the issue in different but complementary ways. Most obviously, The Taking of Deborah Logan focuses on what the disorder looks like to patients’ relatives and friends, whereas Relic emphasizes what the patients themselves experience. Deborah Logan is all about how much dementia changes its victims, but those victims don’t realize that they’re changing. Only the people around them do, and they’re the ones who suffer for it. In contrast, Relic centers on Edna’s own experiences and brings them to life for everyone else to understand as well.

That’s admittedly a bit surface level, but if we dig deeper and look at the lessons these movies teach us, we find a similar complementarity there as well. Like I said, The Taking of Deborah Logan is all about how much dementia changes its victims, but Relic balances that out with an equally important truth. While it acknowledges that dementia patients may seem like very different people, it ultimately assures us that deep down, they’re really not. At their core, they’re still the same people with the same value and dignity they’ve always had.

To be sure, this is more a matter of emphasis than anything else, as both films do include the other side of the coin as well. For instance, in The Taking of Deborah Logan, Deborah’s daughter Anne loves her mother and cares for her every step of the way, and there are times in Relic when both Sam and Kay explicitly say that Edna has turned into someone else.

However, on the whole, each film focuses on one side over the other, and both are essential if we want to truly understand this terrible disorder. On the one hand, we simply cannot appreciate the gravity of dementia if we don’t recognize how much it changes people. You lose the personality you love well before you lose the person, and that’s what makes it so hard on the families and friends of its victims. That being said, we can’t use that change as an excuse to shirk our responsibilities toward dementia patients. They have the same dignity they had when they were healthy, so they still deserve the same unconditional love we gave them before they got sick.

At the end of the day, The Taking of Deborah Logan and Relic are equally valid and important explorations of the horrors of dementia. They approach the issue from very different points of view, and that’s a good thing. No one film can capture the entire truth about any topic, so it’s good that we have two excellent horror movies that deal with dementia in complementary ways. They balance each other out and fill in important gaps in each other’s messages, so when we take them together, they enrich our understanding of this disorder far more than either one ever could on its own.