I’m a sucker for just about anything supernatural. If you give me a ghost, a demon, or any other sort of supernatural threat, I’m there for it, so naturally, when I first heard about Legions, I was instantly intrigued. It’s about a shaman who has to protect his daughter against an old demonic foe, and that’s right up my alley. What’s more, I also heard that Legions was inspired by the Evil Dead films, and that sealed the deal for me. Evil Dead is my favorite horror franchise of all time, so of course I had to check this one out.

Legions was written and directed by Fabián Forte, and it stars Germán de Silva, Ezequiel Rodriguez, and Lorena Vega. When it begins, the main character, a powerful shaman named Antonio Poyju, is in an institution for the mentally ill. He was deemed mentally ill for his mystical beliefs and practices, but he doesn’t think there’s anything wrong with him. He wholeheartedly believes that his supernatural experiences were all real, and he even recounts some of them to his fellow patients.

In contrast, we eventually learn that his daughter Helena has pretty much spurned her shamanistic heritage and has entirely embraced modern culture. She lives a much more “normal” life than her father, complete with a normal job and a normal husband, and she tries to hide her roots from the people around her. However, one day, Antonio learns that a powerful evil being named Kuaraya wants to sacrifice her to its demonic boss, so he launches a plan to escape the institution and save his daughter.

Right from the opening scene of Legions, I found the Evil Dead influence pretty apparent. Granted, this scene isn’t so Evil Dead-esque that it feels like a cheap rip-off, but if you know the franchise, you’ll see some definite similarities. It’s a cool homage that still manages to feel like its own thing, so I completely ate it up.

Then, as the film progresses, the horror takes a bit of a back seat, and the story focuses more on Antonio’s life in the institution. For a while, nothing particularly interesting happens to him, but Legions finds a really clever way to hold your interest. Like I said before, Antonio recounts some of his experiences to his fellow patients, and when he does, we see them play out as flashbacks. 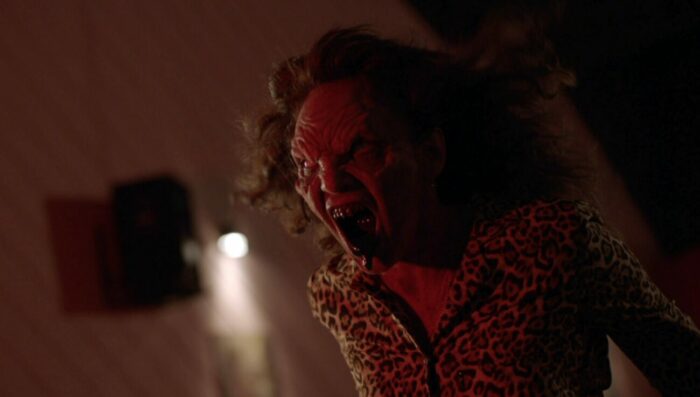 These flashbacks flesh the character out without relying on boring exposition dumps, and I found them really effective. In particular, there are a few times when Antonio ends his stories in a way that makes you and his listeners want to find out what happened next, but he doesn’t continue right away. Instead, you have to wait a bit to hear the rest, and that technique keeps you really interested in him and his background.

In contrast, I found his daughter Helena to be a bit boring. She does an excellent job of hiding her unusual roots and blending into “normal” society, and that makes her, well, normal. Granted, being normal isn’t necessarily a bad thing, but in this instance, it means that Helena doesn’t really have any interesting qualities or quirks that make me care about her or want to learn more about her.

Her one saving grace is that actress Lorena Vega does a good job playing her, but there’s only so much a performer can do. If the character is inherently boring, then a good performance won’t help much, and unfortunately, that’s exactly what happens in Legions. Pretty much every time the movie shifted from Antonio to Helena, I found myself starting to check out just a tiny bit and wishing the focus would move back to her father.

Thankfully though, the first half of Legions focuses on Antonio far more than on his daughter, so my dislike of Helena wasn’t a huge problem. I never checked out completely, so I was always able to get right back into the film whenever it switched to Antonio again.

Then, at about the midway point, the movie changes gears, and it loses a lot of what made the first half so enjoyable. Antonio escapes the institution, and he tries to convince Helena that she needs to embrace her roots again to fight off the demon that wants to sacrifice her. From there, the story becomes really predictable and cliche, and while it has a few more highlights, it never fully recovers from this initial dip in quality. 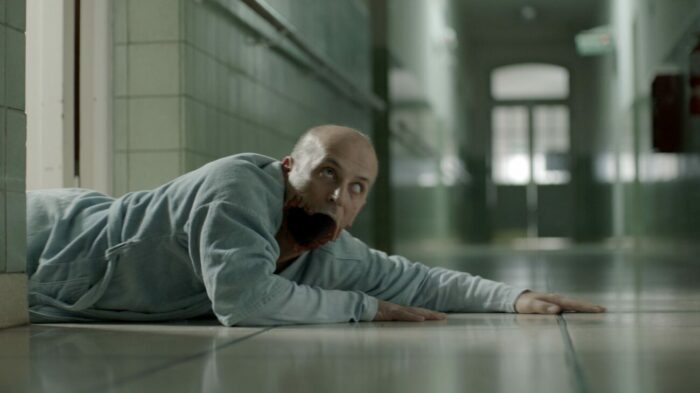 The only thing I liked about the second half of Legions was the last 20 minutes or so when the horror kicks into gear again and the Evil Dead influence comes to the fore in full force. There’s even a scene that feels copied and pasted straight out of one of Raimi’s films, complete with the wind and the floating Deadite, and I loved it.

But even then, the scene is fairly short, and the rest of the final act feels very different. I didn’t find it particularly Evil Dead-esque, so as a huge Evil Dead fan, I was a bit disappointed. Apart from a few fun moments, Legions wasn’t quite the homage I was expecting, so if that’s a big draw for you, I suggest that you temper your expectations a bit.

That being said, the third act of this film is still pretty cool, and if you like demon movies with a good amount of blood and gore, you should have fun with this part of Legions. But again, I have to put a damper on your expectations here. While I mostly enjoyed this part of the movie, the end was a pretty big letdown. It’s super cliche, and it employs a common trope that I find absolutely asinine. It made me groan a little on the inside, so despite being pretty good for the previous 20 minutes or so, Legions ended on a rather sour note for me.

So all in all, would I recommend this movie? Yes and no. Overall, I had a decent time with it, so if you want to see it for yourself, I say go for it. There’s enough good in here that you’ll most likely get enough out of it to justify the 88-minute watch. But if this doesn’t sound like something you’d enjoy, I wouldn’t try to persuade you to give it a shot. It’s by no means a must-see, so if you’re not particularly interested in Legions, I say don’t bother with it.