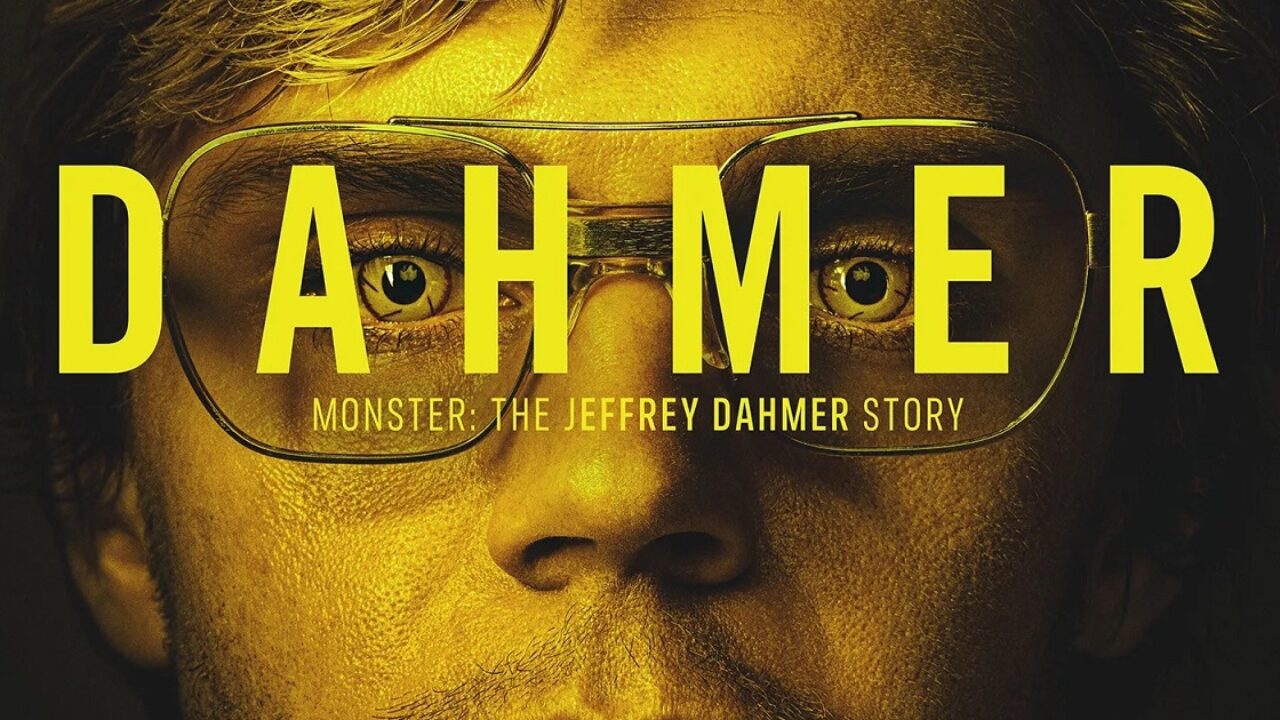 Many of us in America have a habit of almost obsessively looking at different kinds of true crime cases. Cases ranging from serial killers to black widows and conspiracy theories. Many of these cases spawn movies, shows, and mini-series. These re-tellings are usually depicted in a sensationalized fashion. Netflix’s Dahmer—Monster: The Jeffrey Dahmer Story is no different. This mini-series has 10 episodes showcasing Dahmer’s childhood, teen years, and when he started to do the terrible things he did. But as I said, sometimes the truth is what it is. But sometimes the truth is embellished with bows and whistles to make it more appealing to the casual viewer, and this was no exception. Let’s break down Dahmer: what’s real and what’s fiction?

Jeffrey Lionel Dahmer, simply known as ‘Dahmer’, was born on May 21, 1960. He was born in Milwaukee, Wisconsin. He was an American serial killer committing his first murder in Ohio in 1978.

From 1978 to 1991, Dahmer committed these horrendous crimes until one of his victims, Tracy Edwards, was able to leave and bring the cops back in 1991. In 1992, Dahmer would be sentenced to 16 consecutive life sentences. His murders were gruesome and grotesque. It put a big spotlight on what people of colour (POC) have come to deal with when it comes to receiving help from law enforcement. However, that is an argument for a different day, so let’s bring it back.

In 1994, Dahmer would be murdered by a fellow inmate named Christopher Scarver. Dahmer murdered mostly Black, Latino, and Asian teen boys and young men in the poorer part of the town he lived in. He was a sex offender, engaged and necrophilia and cannibalism. He also dismembered his victims.

While I could also get into his mental disorders, as he had plenty, I will not use that in this piece. Personally, I think it’s used far too often as an excuse when the perpetrator commits crimes against POC. With that being said, I digress.

“I put in so much negativity and darkness to portray the character that I just thought: ‘OK, once this is done, all that goes away, and I have to get back into the light and start filling myself back up with comedies and romance and all sorts of things like that.'”

When I first heard that Ryan Murphy was involved in this project I was skeptical for many reasons, including some of Murphy’s shenanigans with previous shows. Evan Peters is known for many roles, but horror fans would know him as a recurring character in different seasons of American Horror Story. Peters is known for playing creepy, unsettling, and off. He has said that he took a lot of negativity for the role of Dahmer and that it was quite draining.

So, What’s Real and What’s Fiction? 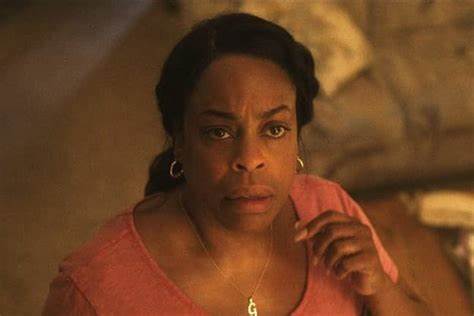 In the mini-series, Glenda Cleveland was played by Niecy Nash. She played the role well in my opinion. However, this was one of the elements of the show that was inaccurate.

The woman who lived next door was named Pamela Bass. Bass was the one who mentioned how Dahmer made sandwiches in the building. A creepy moment in the mini-series was when Dahmer insisted Glenda Cleveland eat the sandwich. It was creepy, unsettling and menacing. She didn’t eat it, but the scene was uncomfortable to watch even though it turned out to be fiction.  Dahmer lived in Apartment 213 in the Oxford Apartments on 25th Street in Milwaukee. However, Cleveland actually lived across the street from him.

The Incident on the news with The Milwaukee Police:

There has been no evidence suggesting that there were five white officers beating up a fellow officer who was a Black man undercover. I tried to look it up as well, but couldn’t find anything. According to other sources, a similar case happened in Nashville in December of 1992.

While there are plenty of police brutality incidents over the years, it seemed Murphy set to make the department in Milwaukee look even worse, though their actions dealing with Dahmer show enough of how grossly negligent they were. 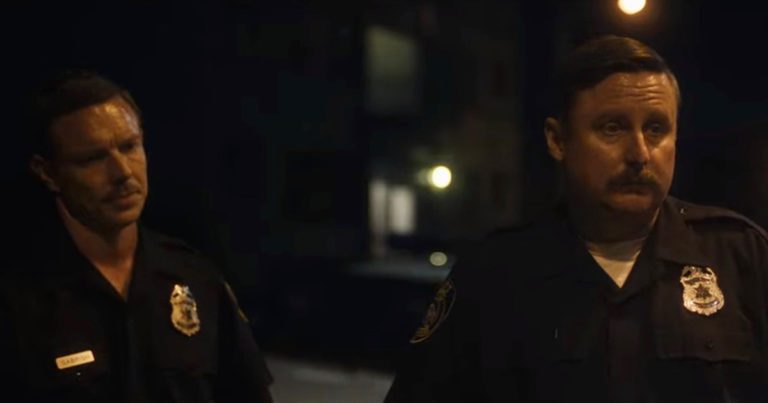 In the mini-series, Officer Balcerzak and Gabrish were suspended and then reinstated as well as receiving “Officer of the Year” awards. This part did not happen. I believe Murphy used this to get the audience more upset at again an already horrible situation as they did ultimately lead to 14-year-old Konerak Sinthasomphone’s death. I will come back to that.

While Dahmer did work as a phlebotomist at the Milwaukee Blood Plasma Center, he only tasted blood once from a vial and spit it out.

Christopher Scarver did kill Dahmer, but it wasn’t necessarily because he was acting as God’s agent for vengeance. Scarver had stated before he thought he was a million years old, and clearly had other mental health issues. It wasn’t as straightforward as revenge or vengeance as it was portrayed in the mini-series.

Let’s Dive into the Fact:

When breaking down what’s real and what’s fiction with Dahmer’s case, there are some things this mini series did indeed get right.

This victim was one I heard of years ago in a law class. I was angry for weeks about the disdain the police showed Sinthasomphone, and that they refused to see common sense things such as that Sinthasomphone was indeed not 19 years old.

Dahmer used hydrochloric acid and Konerak Sinthasomphone was able to come to and stumble outside. There he met Nicole Childress, Sandra Smith, and Tina Spivey who called 911. Glenda Cleveland also told the cops he looked younger than 19. The cops believed the fake story of Dahmer fighting with his 19-year-old boyfriend and handed Konerak Sinthasomphone back over to Dahmer.

Sadly, this was very true. Watching this brought back all the anger I felt when I first learned about him.

One of the other things that was accurate was the fact that the neighbors did indeed call about the smell. The building manager spoke to Dahmer at least 3 times and even helped him clean his freezer to help with the odor.

Glenda also did call the cops multiple times because of what happened with Konerak Sinthasomphone. Jesse Jackson did come to meet her and also talk about the double standard with law enforcement in Milwaukee between Black people and white people in that area.

Steven Hicks was picked up by Dahmer while hitchhiking to get to a concert. He would lure Hicks to his apartment, and when Hicks tried to leave, Dahmer would hit him with a barbell and then dismember him and scatter his bones on his parent’s property. He was the first victim.

When he killed Hicks, he had his remains in garbage bags in the back seat. He was pulled over by cops around 3am after swerving while driving. He was able to convince to the officer to let him off with a warning, and he would go on to dispose of the body 2 years later after returning from the military.

Steven Tuomi was his first Milwaukee was murdered at the Ambassador Hotel. Dahmer said he blacked out and it was portrayed that way in the show. He was never charged with his murder though, as there were no remains that could be recovered.

Tony Hughes was a man who lost his hearing as a child. He wanted to be a model and met Dahmer. Dahmer struck up a conversation with him via notepad. Friends of Hughes said they’d maybe known each other for about a year. This leads me to believe some of what was said was real, but other facts were dramatized.

Ron Flowers was a man shown to be spared as Dahmer’s grandma Catherine Dahmer was vigilant. However, in real life, Flowers was spared because he was a big guy weighing 250 pounds, and Dahmer wasn’t sure if he could move him. Flowers would wake up in the hospital and told police he believed he was assaulted.

Tracy Edwards would be the man who escapes after being lured into Dahmer’s apartment. Dahmer did show The Exorcist and Edwards would escape bringing the cops back and leading to the discovery of his crimes.

The Officers, Dahmer’s Troubles Prior, and Trial

“Ten-four. It’ll be a minute, my partner’s gonna get deloused at the station.”

Officers John Balcerzak and Joseph Gabrish were fired by police chief Philip Arreola. They would be reinstated in 1994 by a judge and have long careers in the police force. The cops did dismiss concerns about Konerak Sinthasomphone and mentioned being “deloused”, showing their dismissive and flippant attitudes toward the gay community.

Some of the things mentioned was that Dahmer did steal a mannequin. The scene where Dahmer was mad about tadpoles he gave a teacher being given to a friend was correct. He killed the tadpoles by pouring motor oil on them. Dahmer was also kicked out of a bathhouse and arrested for indecent exposure at the Wisconsin State Fair. He was fined $50 for this.

The testimonies from the families were almost identical to the court transcripts. Rita Isbell, the sister of victim Errol Lindsey, did try to lunge at Dahmer during the trial. An emotional scene for me as well.

As previously stated, Dahmer was murdered in prison by Christopher Scarver in 1994. Scarver also killed murderer Jesse Anderson, bludgeoning them both to death. 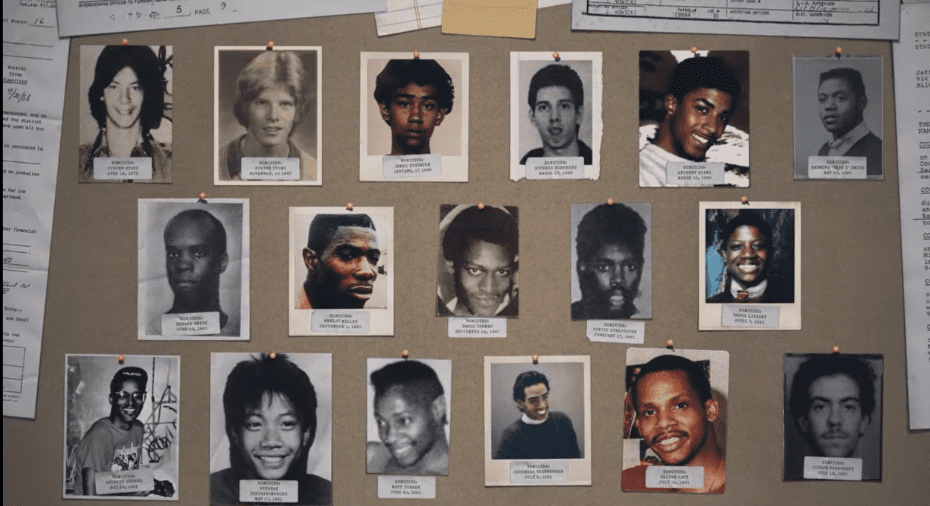 Now, after breaking down Dahmer: What’s Real and What’s Fiction, I end with this.

As previously stated, true crime has become an obsession with some Americans, and some even distastefully with serial killers in particular. Jeffrey Dahmer’s case was one of the first cases I learned about in my law class. It was a case that upset me a great deal learning about the victims being mostly Black boys and young men, but also poor Konerak Sinthasomphone who could’ve been saved. He could’ve been saved.

While I can give credit for Evan Peters being an amazing actor, it is one of those things where you know this sensationalization humanizes Dahmer and lacks consideration for the loved ones of the victims. Many of them stated their unhappiness with this mini-series.

If you want to watch it, go ahead, as it will make you feel a range of things. Dahmer: What is fact and fiction? I suggest doing some research and to do so respectfully.

I hope the victims continue to rest well.