If you’re a Blu-ray collector, we’ve got some great news for you. Second Sight, the UK boutique label that recently made the zombie classic Dawn of the Dead available again for the first time in years, is going to be bringing home another George Romero gem in just a few months. Fans have known for a while that the company was planning on releasing Romero’s underseen classic Martin some time after Dawn, and now, Second Sight has finally announced exactly when that will be: February 27.

If you’ve never seen Martin, I highly recommend that you give it a watch. It’s admittedly tough to track down (which is why this new Blu-ray release is so exciting!), but if you can find a way to watch it, you should jump at the opportunity. It’s about a young man who thinks he’s a vampire, but he doesn’t have any supernatural powers. Instead, he drugs people and then cuts them with razors to get their blood, and after he moves in with his very superstitious uncle, he tries to redeem his bizarre cravings. 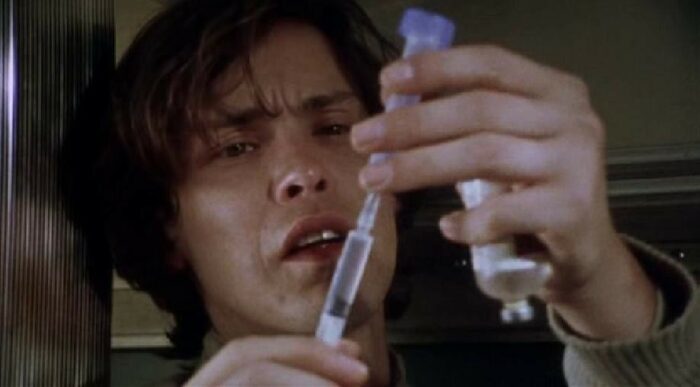 It’s an absolutely fantastic film, so I can’t wait to own this new edition from Second Sight. It’ll be available on standard Blu-ray (but note, it’s region B), 4K Ultra HD (this format is region free), and in a limited edition combo pack that includes both discs as well as a bunch of other goodies. You can pre-order it directly from Second Sight’s website, but if you live outside the UK and Ireland, you’ll have to get it somewhere else.

I don’t know why, but for some reason, Second Sight’s website is only shipping this movie to those areas (it’s probably a rights issue). So if you live anywhere else in the world, you can’t buy it directly from them. But don’t worry, they’re still letting other online stores sell and ship the film to other countries, and if you live in the US like me, I suggest getting it from DiabolikDVD. They’re a small but well-respected company that makes a lot of international and hard-to-get Blu-rays available in America, and you can pre-order Martin from them right now.