When I first heard Netflix was adapting Todd Grimson’s novel Brand New Cherry Flavor, I was pretty intrigued. While I have not read the novel I think the concept of it alone reminded me of some of my favorite parts from various films I like. After doing some cursory research, it seems like this adaptation takes the better parts of the novel, and takes liberty with the rest. The show itself is fine with a few standout “wow” moments—I just can’t say it was a great horror show. Let’s take some time and dig into what I liked and didn’t like about the show.

To start we should look at the showrunners. Brand New Cherry Flavor was adaptively conceived by Nick Antosca and Lenore Zion. Nick Antosca is most notable for his Syfy Channel show Channel Zero, based on popular internet creepypastas. Zion and Antosca creatively crossed paths when Zion served as co-producer on the majority of Season 4 The Dream Door (arguably the best season). As someone who is a huge fan of Channel Zero, I was beyond excited to hear they were to helm the filmed adaptation of a novel highly regarded by many. 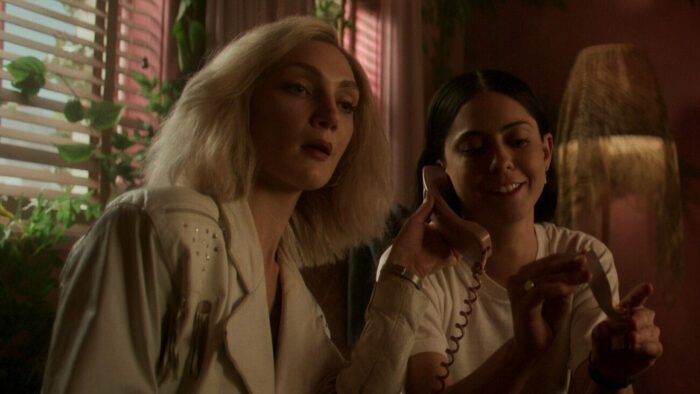 Antosca was able to carve out a style that carried over through the Channel Zero series. While the director varied between episodes, you can really feel the world Antosca wanted to create. The only downfall is it feels too Syfy. Now that is not a downfall for me, I think it is a downfall for people who don’t enjoy that Syfy feel. There is a similar issue with Blood Drive. Brand New Cherry Flavor falls into that pitfall of the Antosca Syfy feel; the only issue is it’s not a Syfy production. I’m not sure how much creative control Antosca and Zion had here, and it really shows. Almost as in Lisa Nova’s (Rosa Salazar), this seems like it was controlled by producers. We get that Syfy feeling, which is immediately pulled away at the moment something interesting starts happening.

What do I mean by this nonsense? It’s almost as if the people at Netflix who were in charge of this process didn’t have the guts to let the showrunners do their thing. Whenever something interesting starts to happen, the tone shifts in a way that feels disingenuous to the storytelling, in turn undermining the atmosphere previously created. Basically, if Nick Antosca was an app on the app store, this is the Lite version.

Without a doubt, Rosa Salazar carries this show on her back—bullet in lung and all. Salazar has such a commanding performance and exudes charisma unlike many working actors today. The issue with the role of Lisa Nova here is how it seems to be either underwritten or overwritten…I still can’t decide. Again I do not know the minutiae of the character in the source material, but from the description, Lisa Nova sounds badass. Now, Lisa Nova is badass in this show without question! There are just too many instances of the character flip-flopping between bold, in charge, charismatic to sheltered, scared, and a pushover. From the description of the novel alone, I can tell this character does not honor the source material.

Obviously, there will be character traits, and story beats, you must change or remove altogether in an adaptation. That’s just how it goes. But when you feel such a huge disconnect from the outline of a story to how it is portrayed on screen, that’s an X in my book. Again, this is all with the fact that I have not read the book and am strictly going off of the cover. I was expecting this over-the-top, brash, take-no-prisoners lead. Instead, we are given a tame lion who occasionally roars. Still, though Rosa Salazar is a goddamn star and takes what she was given with the script and acts the HELL out of it.

On the other hand, we get one of the worst performances from one of the greatest actors of all time: Catherine Keener. Look, Keener is one hell of an actor. Synecdoche, New York was my Bible during film school, but whatever she is doing in this show does not work. I hate having to use the term flat for a performance because I know Keener put a lot of time and effort into this role. There’s just nothing there. The line delivery is flat, the majority of her facial acting is to scrunch her nose and squint her eyes. For an all-powerful entity controlling her, she seems very distant from any real acting choices.

Lou Burke, as Eric Lange, plays a decent villainous character. The way that they inject elements of black comedy into his character work fairly well, and I never have any doubts about his character choices. The overall idea of putting a curse on someone for stealing your movie and sexually assaulting you is pretty damn great. Manny Jacinto, as Code, is pretty much an awfully annoying non-entity. He acts as a catalyst for a few events but really turns out to just exist to not exist.

Now Jeff Ward, as Roy Hardaway, is probably second to Rosa Salazar for best actor in this series. Ward and Antosca previously crossed paths in Channel Zero: No End House with Ward playing Seth Marlowe. Maybe Ward gives such a great performance because he has worked with Antosca previously? Who knows, but his screen presence is on point. Ward is intricately woven into the story for a few specific reasons, and I think both Ward pulled it off exceptionally, and that Hardaway was the best-written character.

Heavy on the body horror

While the show tended to rely a bit too much on the idea of a supernatural entity, body horror is truly where the show shined. There is a mystery to a certain entity that follows Lisa around, which is revealed in Episode 8 “Bodies” as to whom it is. If you pay a modicum amount of attention to Lisa’s backstory then you know who this entity is fairy early on; removing any sense of fear or anxiety as to what this ghostly figure is. The body horror on the other hand is *chef’s kiss*.

To start there’s the concept of Lisa’s payments for Boro’s services. Unfortunately for Lisa, she doesn’t have much money, so Boro decides the best payment would be cats. No, Lisa doesn’t have to go to the shelter and adopt tons of cats for Boro’s nefarious purposes, rather she just has to puke them up! Honestly, some of the most disturbing moments of this series were the [multiple] scenes of Lisa puking up kittens. The look, the sound, the practicals, the goo. Don’t try and eat anything like I did while watching this.

Without spoilers, the most impressive and nauseating scene was that scene with Lisa and Roy at the hotel. If you know you know. What Lisa and Roy do in that hotel room would make even David Cronenberg gag. I have no clue if that scene is in the novel, but there is no doubt that is not an homage to Cronenberg’s body horror. It is the single greatest moment in the entire series. Besides all that the makeup/zombie design was decent. There’s a good amount of image grain so you can’t really see any imperfections in the makeup which is respectful. 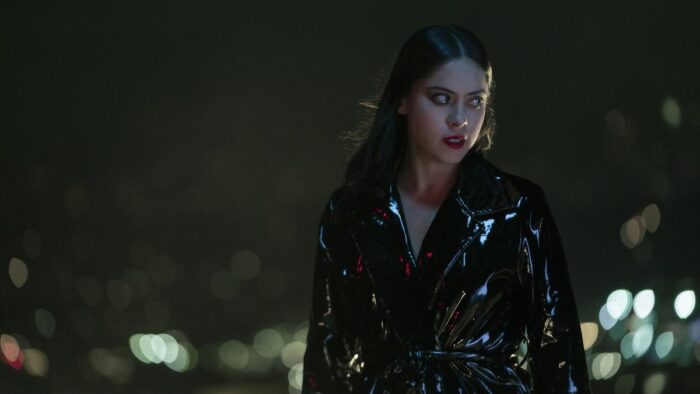 So, is the show good?

Was the show good? Yes and no. There are definitely many worse horror shows out there, but there are also tons of better ones. I applaud Netflix for taking a risk on a niche show like Brand New Cherry Flavor, as well as letting someone like Nick Antosca and Lenore Zion adapt this story. I just needed more. As I stated earlier, I cannot tell if this script was overwritten or underwritten. There were a lot of ideas thrown at the wall and only a few of them really stuck.

There is a sense of urgency in the pacing of the story but I didn’t feel that same urgency in the directing or editing. Not to repeat myself for the nth time—this just really feels like someone above Antosca and Zion kept dipping their toe in the pond. When Brand New Cherry Flavor tries to do something different or wild, it immediately pulls back. The ambiguous ending definitely leaves it open for a second season, but seeing how it’s billed as a limited series I don’t think we’ll get a second season. If there did happen to be a second season, I would probably still check it out.