Shudder, AMC’s horror streaming service,  is expanding The Boulet Brothers’ Dragula franchise. Along with a new season, the deal includes a new spinoff series and a special which will air next year.

The spinoff series is based on The Boulet Brothers’ reality competition series, Dragula. Deadline reported that the spinoff series just completed principal filming and is set to debut this fall.

Shudder made the decision based on the success of The Boulet Brothers’ Dragula fourth season. Dragula is currently Shudder’s most-watched series for 2021. Deadline quotes the following statement, issued by Shudder’s General Manager Craig Engler: “With The Boulet Brothers’ Dragula and Resurrection, the Boulet Brothers have proven to be uniquely talented producers and storytellers, creating innovative, inclusive programming that smashes genres and draws a large and loyal We’re excited to be working with them on their upcoming new competition series, with more to come in 2023.” 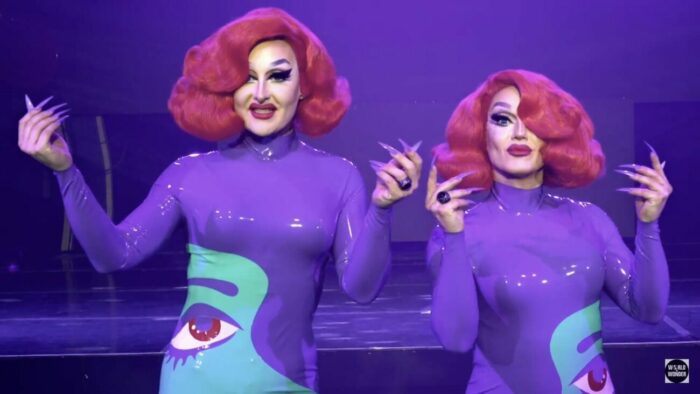 The Boulet Brothers added, “This is an incredibly exciting time to be a Dragula fan. This new partnership with Shudder (and the AMC family) provides an incredible opportunity for us to expand our cinematic universe and to flesh out all of the characters, stories, and stars that audiences have fallen in love with over the years […] We couldn’t be more excited about the content that we’re about to unleash, and if fans have felt shocked and engaged with our content in the past, they are truly not ready for what’s coming next. It’s going to be a wild, fun, and terrifying new ride.”

The Boulet Brothers’ Dragula is a competition that includes challenges from costume creation to crafting special-effects makeup to live performance. Created and hosted by the Boulet Brothers, Dragula, is an underground-style drag competition. Every season, 11 drag artists from around the world compete to win a cash prize and the crown of “Dragula—the World’s Next Drag Supermonster.” Dragula is a celebration of underground and alternative drag art. Each episode’s challenges are based on the four principles of the show: “Drag,” “Filth,” “Horror,” and “Glamour.”