Netflix has decided to bury its LGBTQ+ vampire series, First Kill, after one season and close the book on streaming the popular series The Vampire Diaries.

First Kill debuted, dropping all eight episodes of its first season, in June. The series was reportedly canceled due to a rating versus cost factor. According to Cinema Blend, showrunner Felicia D. Henderson blamed Netflix’s marketing strategy. Henderson pointed out that marketing for the series centered around the romance between First Kill’s two main characters. However, she adds that there is much more to First Kill’s plot. 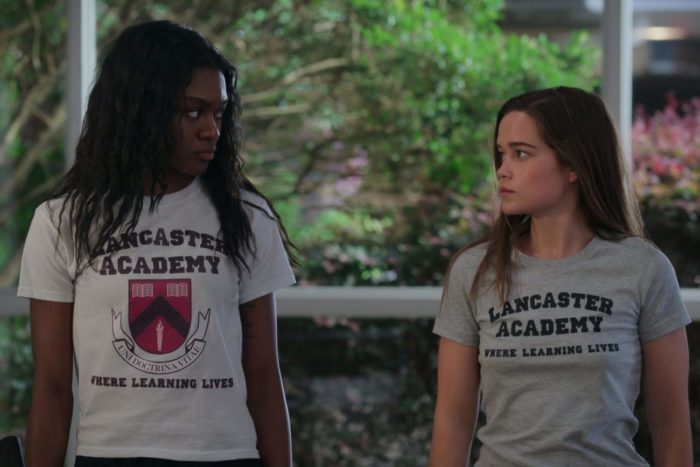 Fans of the show have taken to Twitter to criticize Netflix’s decision. Cinema Blend reports that, contrary to the low ratings claims, in its first weekend, First Kill drew “tens of millions of viewing hours,” topping another teen LGBTQ+ drama, Heartstopper, during its first week. However, the series received mixed reviews, including a very brief one from writer, Karina Schmitt, in an article for Bleeding Fool, who said, “Take it from a fellow lesbian, it sucked.”

Bleeding Fool reported that “sources close to the matter maintain that Netflix ‘is proud of the work that producers, cast and crew put in on the series.’” First Kill is based on V.E. Schwab’s short story of the same name and tells the tale of star-crossed lovers, one a vampire and the other a vampire slayer, Calliope (Imani Lewis) and Juliette (Sarah Catherine Hook).

In other Netflix vampire news, the streaming service will soon end its run of The Vampire Diaries.  Nerds and Beyond, reported the streaming service recently removed the first four seasons of Diaries spin-off, The Originals. However, all four seasons of Legacies are still available. Soon, the coffin will close on the series that started it all. So, catch the misadventures of the supernatural beings of Mystic Falls while you still can. The Vampire Diaries will still be available on Netflix until September 3.